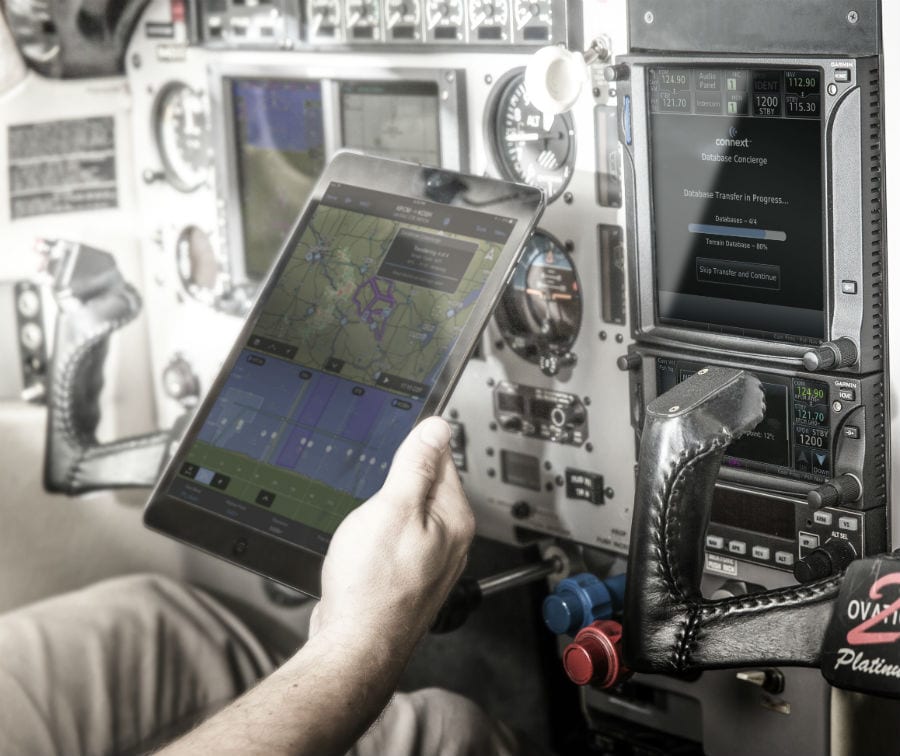 As 2016 winds down, we’re taking a look back at the busy year in tablets, phones, watches, apps and accessories. There were dozens of interesting stories this year, plenty of hype and a few surprises. With the benefit of hindsight, it’s clear that there are some trends worth tracking. 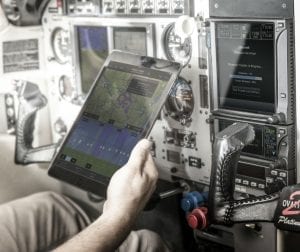 1. The connected cockpit matures. This trend has been growing for the last two or three years, as the wall between certified, panel-mount avionics and non-certified, portable avionics comes down. 2016 brought bigger news than ever. The two most popular options for ADS-B Out right now, Garmin’s GTX 345 and Appareo’s Stratus ESG, both have elements of the connected cockpit – they can wirelessly send weather and traffic from the panel to an iPad. Garmin also introduced their Flight Stream 510, which allows pilots to update panel-mount GPSs using a tablet app. So far, the FAA has been accommodating with policy, so expect to see more along these lines in 2017.

2. Electronic logbooks go mainstream. Logbook apps have been around for years – in fact, these were some of the first aviation apps to hit the market after the iPhone was introduced. But for the first time ever, electronic logbooks may now be the preferred choice of a majority of pilots (at least they’re using one in addition to paper). The main driver here is that the two top EFB apps, ForeFlight and Garmin, both added the feature in 2015 so it’s easier than ever to get started. The features list for these logbooks keeps growing, adding lots of automated tracking features and alerts. There are also some great options for dedicated logbook apps, like LogTen Pro. Most new pilots seem to go digital from the start these days.

7 ways to get the most out of ForeFlight logbook 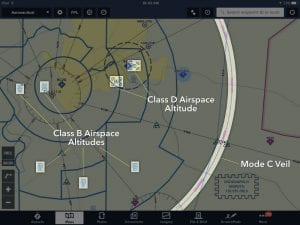 3. Moving beyond charts to data-driven maps. iPad apps originally showed scanned versions of FAA charts, but the leading apps now offer their own map layers, built as scalable representations of data instead of static graphics. Garmin introduced this feature in 2015, and Jeppesen has offered this option for a few years now. In 2016, ForeFlight made the jump, introducing a completely new Aeronautical Map layer with plenty of options. While charts are still very useful, we see more and more pilots flying with the data-driven maps.

Tips for using the new ForeFlight 8

4. SiriusXM makes a comeback. After being absent from the market for years, SiriusXM attacked the general aviation market with new energy in 2016, announcing that their SXAR1 portable receiver now works with ForeFlight. This compact, affordable device makes a worthy competitor to ADS-B systems that have dominated in recent years. While it does require a monthly subscription, the SXAR1 found a foothold with turbine pilots in particular.

Video: how to use SXAR1 and Stratus in the cockpit 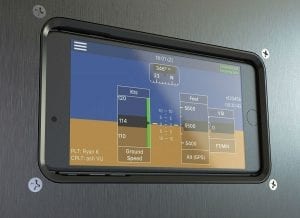 New mounting options make the iPhone a good choice for cockpit use.

5. More pilots use the iPhone as primary reference. The latest iPhones, in particular the large screen iPhone 7 Plus, make great in-flight tools. While the iPad is still the most popular option by far, more and more pilots are using their phones as in-flight tools – sometimes in place of a tablet. When mounted to a yoke or suction cup (or even in the panel), the screen size is quite convenient. Look for developers to add more high end features to the phone version of their apps.

How to mount your iPhone in the cockpit

New option for panel-mounting iPads may be the best yet

6. Apple Watch disappoints… sort of. It’s the best-selling smartwatch ever, and we know lots of pilots flying with them, but given the massive hype at launch it’s fair to say the Apple Watch has been underwhelming. There simply isn’t a killer feature yet for pilots. But as sensors improve and prices drop, we wouldn’t be surprised to see progress on this front in 2017 or, more likely, 2018. Also worth noting is that Garmin’s D2 Bravo found a following, and it integrates with a host of other Garmin devices. 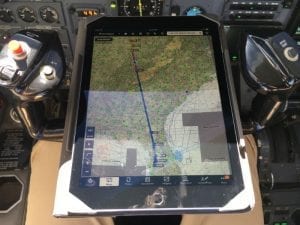 The iPad Pro 9.7″ has a noticeably lower glare screen than previous models.

7. New 9.7″ iPad Pro is the best yet for aviation. 2016 might mark the year when Apple finally introduced a tablet that pilots can truly love. The iPad Pro 9.7″ looks like a fairly minor update, but it features a low-glare screen and blazing fast speed. It’s our hands-down winner for the cockpit.

Is the new iPad Pro the best pilot tablet yet?

8. New iPad accessories fix shortcomings. Of course the iPad isn’t perfect, and a variety of companies introduced products in 2016 to solve annoyances and weak points. From iPad mounts with built-in fans and glare-reducing screen protectors to panel-mount USB charging ports and thoughtfully designed kneeboards, there are some high quality accessories that can make your tablet a little more reliable. 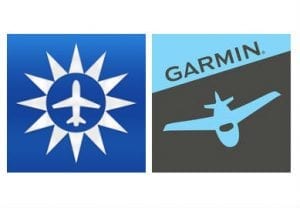 The Coke and Pepsi of aviation apps.

9. ForeFlight and Garmin zoom ahead. The horse race has died down a lot among aviation apps, as most pilots have already made the jump to tablets and are set in their preferences. ForeFlight and Garmin remain the big dogs in general aviation, and if anything they extended their lead in 2016 with a number of significant updates and loads of new features. Fltplan Go, WingX, Aerovie and FlyQ are good apps and have dedicated users, so they’re not going anywhere. But the pace of development at ForeFlight and Garmin is unmatched, and we expect the feature war to continue next year.

5 Fltplan Go tips beyond the basics

iPad essential tip: how to search your iPad for apps
Scroll to top