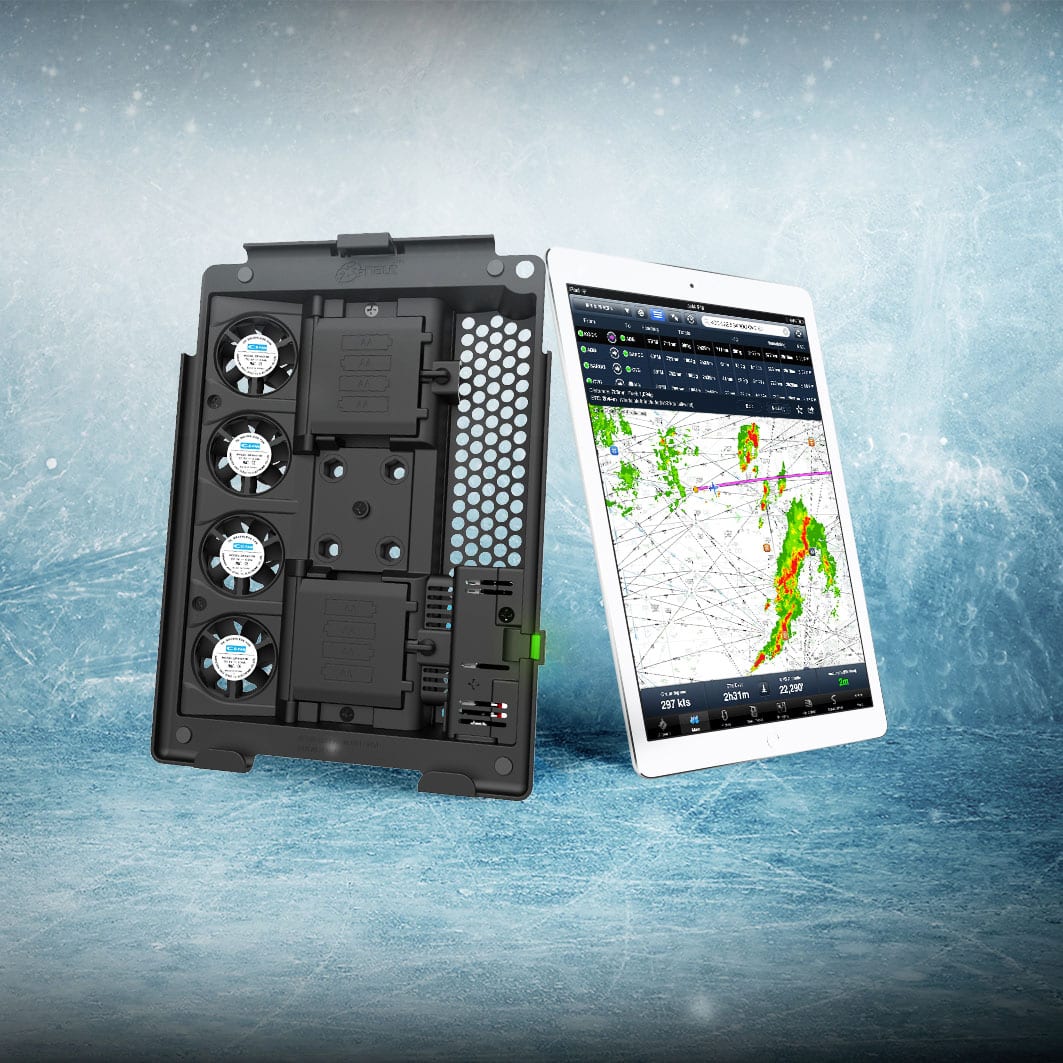 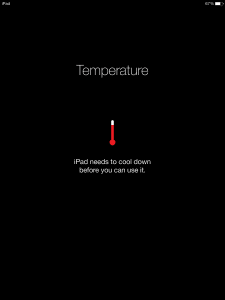 The black screen of death?

Since it was first introduced over six years ago, the iPad has suffered from two consistent two complaints: screen glare and overheating. The screen glare problem has steadily improved, with the addition of stick-on screen protectors and most recently the new screen on the 9.7″ iPad Pro. It may not be solved, but it’s getting close.

The overheating problem has also improved, especially from the notoriously hot iPad 3 model, but it remains a concern for many pilots – especially those flying in Florida and the Southwest US. After an hour in the sun, the dreaded “black screen of death” may appear, alerting you that the iPad has shut down to protect its lithium battery.

There is finally a good option for those pilots, with the release of the X-Naut Active Cooling Mount. This iPad cradle has a vented case and built-in cooling fans that direct airflow over the back of the iPad, aimed at the areas of the tablet that run the hottest. It may sound like overkill, but we’ve flown with it and the X-Naut really works. 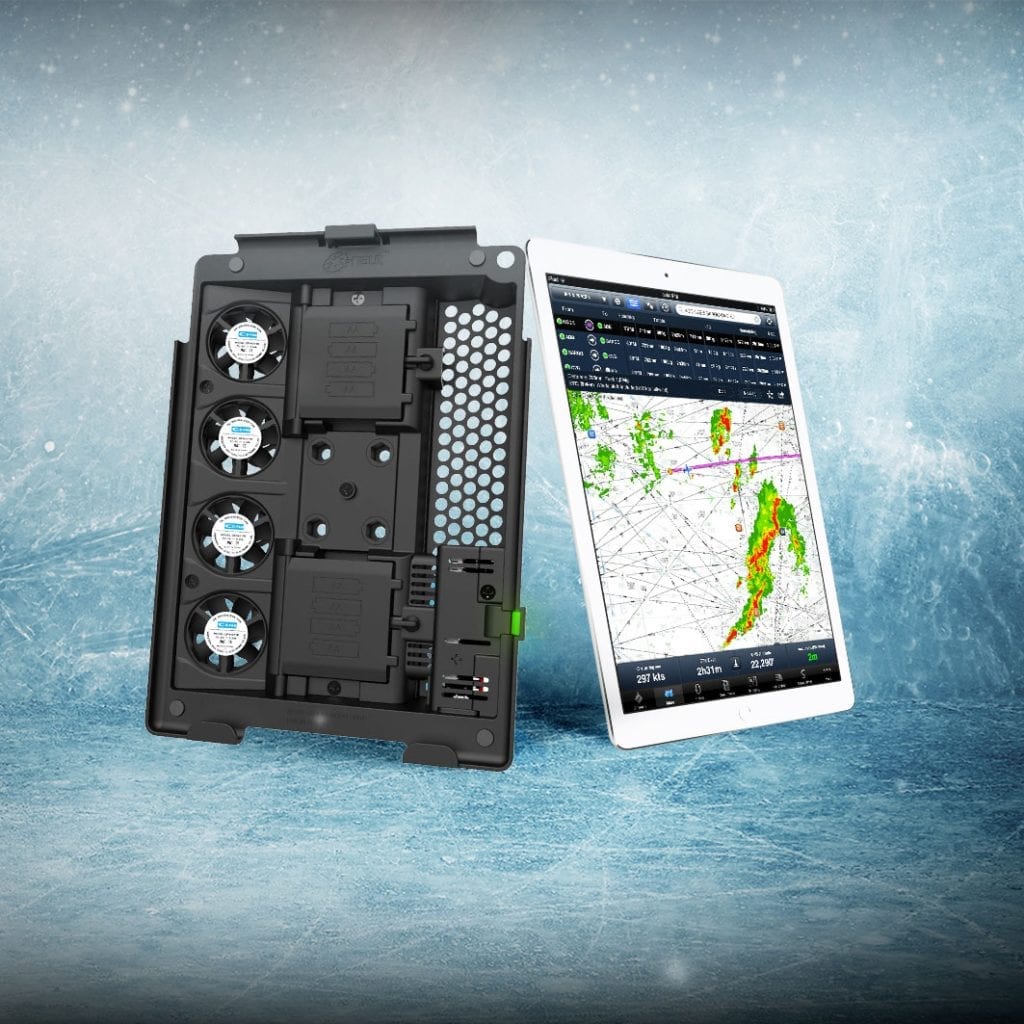 The fans (4 on the iPad Air/Pro model and 2 on the iPad Mini model) are impressively quiet and have been tested to ensure they do not interfere with cockpit electronics. The cradle is powered by AA batteries (8 for the iPad Air/Pro model and 4 for the iPad Mini model) so it’s completely wireless, running for over 10 hours on a single set of batteries. Pilots can also use a USB charging cable to power the cradle. There’s even a handy battery test button and indicator light on the side of the X-Naut, so it’s simple to track battery status.

The mount is well made, with conformal-coated electronics to resist moisture and dust and sturdy battery compartment locks. A spring-loaded clip on top makes it fast and easy to insert your iPad and there’s only a simple power button to turn on. Note that it will not work with an iPad case, but that’s probably a bad idea anyway for pilots concerned about heat.

The X-Naut is lightweight, at less than 10 oz. It’s compatible with RAM Mounts (requires a circle base adapter) and MyGoFlight mounts (with a soon-to-be-released adapter). It can even be changed into a kneeboard with an optional accessory kit.

For more information, check out X-Naut’s video below.