Blog - Latest News
You are here: Home1 / News2 / What pilots need to know about the iPhone 7 and Apple Watch 2 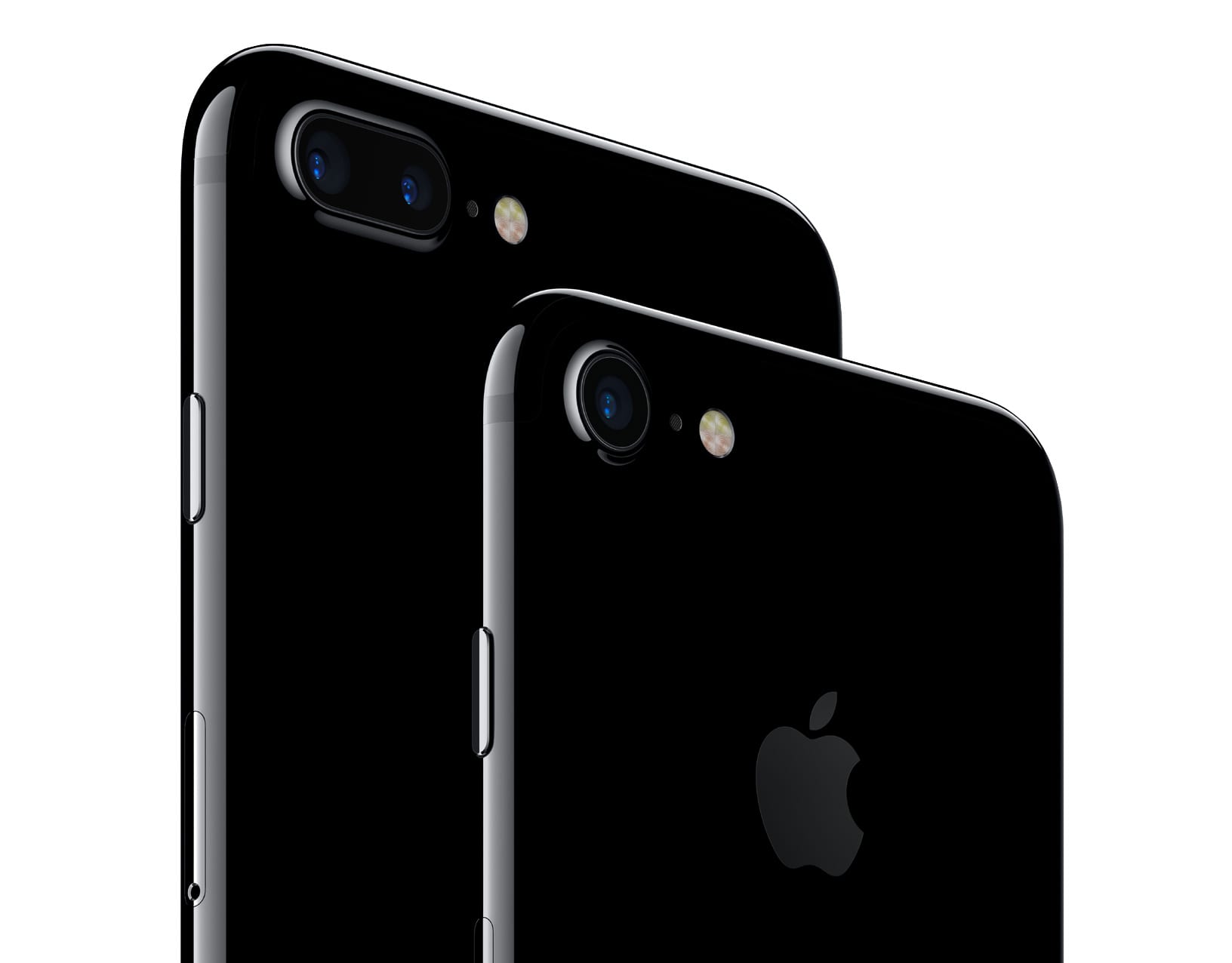 Apple’s annual September get-together has become a highly anticipated event for technology fans, as the company usually announces new hardware and features just in time for Christmas shopping. This year’s edition lacked some of the usual fireworks, with no iPad changes and relatively modest iPhone upgrades, but there was still plenty of news. Let’s cut through the hype and explore what pilot should know.

Apple always has plenty to talk about with their new phones, and the iPhone 7 is no different. While many of the upgrades will be nice, they don’t directly affect aviation use: new camera features, a waterproof design, a new home button, and stereo speakers. There are some details that might matter for pilots, though. 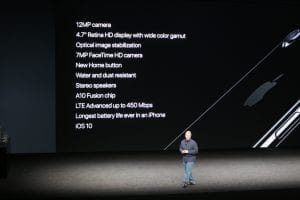 Apple announced a number of new features for its iPhone 7.

Better battery life, thanks to a new chip. The iPhone 7 and iPhone 7 Plus both feature Apple’s new A10 Fusion chip. But the race here isn’t just about speed now, it’s about efficiency. The A10 has smart cores, so it splits tasks between high-performance cores and high-efficiency cores for increased battery life. Apple says this delivers two hours more life in an iPhone 7, and one hour more for an iPhone 7 Plus. This new chip will most likely make its way into the next generation of iPads, so it will be interesting see what happens to iPad battery life in future models.

A wireless future? One of the most noteworthy changes with the iPhone 7 is the disappearance of the headphone jack (which has upset some people). Instead, audio is now sent over the Lightning connector or, more interestingly, to Apple’s new wireless earbuds. This doesn’t have much of an impact on flying, but it’s part of Apple’s long term strategy to make everything wireless, from Apple Watch charging to video streaming. As we’ve seen before, the trickle down effect from Apple’s technology choices can be powerful. Might we someday see a direct headset-to-audio panel wireless link?

iOS 10 arrives September 13. The latest version of the iPad/iPhone operating system is supposedly “the biggest release ever” for Apple. It’s compatible with the following model iPads:

iOS 10 features worth noting. iOS 10 is packed with updates, new features and add-ons. Some are of particular interest to pilots, like a new option for variable flashlight intensity, making your phone or tablet more useful on night flights. There’s also (finally!) the ability to remove native apps like Stocks or Podcasts, which can free up to 4-5GB of space in a pinch – ideal for downloading another state’s worth of charts in ForeFlight or Garmin Pilot.

Siri, Apple’s voice-activated assistant, is opening up to third party apps, which could add some interesting features to aviation apps if your headset were connected to your iPad. Widgets, the little apps that run in the notifications tray right now, also get a big upgrade, which might make them a lot more useful for pilots. Finally, the haptic engine in iPhones is getting opened up to developers, allowing for aviation apps to better get your attention with vibration instead of audio alerts in noisy cockpits. 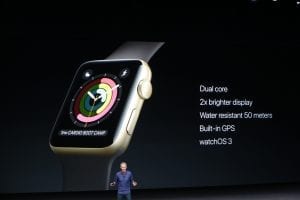 The Apple Watch is getting some badly-needed upgrades.

New Apple Watch might finally work for aviation. We’ve been flying with the Apple Watch since it first launched, and while it has some unique uses, it’s mostly a novelty in the cockpit. That might be changing with the Series 2 version, announced alongside the iPhone 7. This latest model now includes a GPS, which eliminates the hassle of keeping your iPhone paired to it in the cockpit.

Navigation apps should be a lot more useful. There’s also a much faster, dual core processor, hopefully solving the number one complaint we have about the watch – speed. The latest version of WatchOS promises to speed up commonly used features as well, and a brighter screen should make it easily readable in the cockpit. These are all important upgrades, but now the apps need to upgrade as well. Watch app development seems to have stalled lately, as developers waited for the new version of the watch to be released. Now that they’re here, it will be interesting to see if some new apps appear.

Changes in iPad options. This was almost lost in all the iPhone news, but Apple cut the prices of some iPad models. In particular, the 9.7″ iPad Pro (our top pick for pilots) is now $699 for 128GB of storage and $799 for 256GB. For cellular models, add $130. The larger 12.9″ iPad Pro also saw some price drops. There may be a new iPad next spring, but in the meantime, these prices make an upgrade a little more affordable – something we recommend if you’re still flying with an iPad 1-4.

Goodbye 16GB iPhone. In a move that’s sure to make most pilots happy, Apple finally abandoned the 16GB iPhone. This was fine 8 years ago for a smartphone, but it’s simply too little storage for modern mobile devices and all the stuff we put on them. Now, the minimum iPhone storage size is 32GB, with options for 128GB and 256GB. 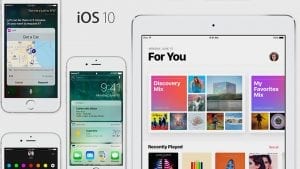 Is the iPhone 7 the new iPad Mini? The popularity of the larger iPhone 6 Plus surprised many people, including Apple, when it was released last year (we expect the 7 Plus to sell very well, too). These larger, 5.5″ screen phones have started showing up in more and more general aviation cockpits, since they fit nicely on a yoke mount or kneeboard. Anecdotal evidence suggests these larger phones have really cut into iPad Mini sales for Apple, and the pace of upgrades to the Mini has been slow – there is no Mini Pro, for example. We’re not ready to write the obituary just yet for the Mini, but it’s something to watch.

Focus on sensors and software. The whole event showed that Apple’s focus is very much on sensors (GPS, camera, chips) more than gee whiz new hardware features (screen size, case design). Some of this is because the easy improvements have been made – how much thinner can these phones really get? But a more important reason is that Apple, unique among mobile phone companies, makes their own chips. Apple has invested billions in their silicon capabilities, and the new A10 Fusion chip is just one example of the outcome. Another is the wireless connection used for the AirPods, which appears to be a custom version of Bluetooth Low Energy that is based on Apple’s own chip. This is nitty gritty stuff, but it potentially has a big impact long term. There’s also a focus on software, as evidenced by all the iOS 10 changes. The result is that your next smartphone or tablet may look pretty similar to your current one, but the inside will be quite different.

In the end, the iPhone 7 and Apple Watch Series 2 are modest upgrades: great products if you’re in the market for a new one, but hardly must-haves. More interesting, at least for pilots, is how much of the new technology makes its way into iPads and beyond. We’ll be watching.