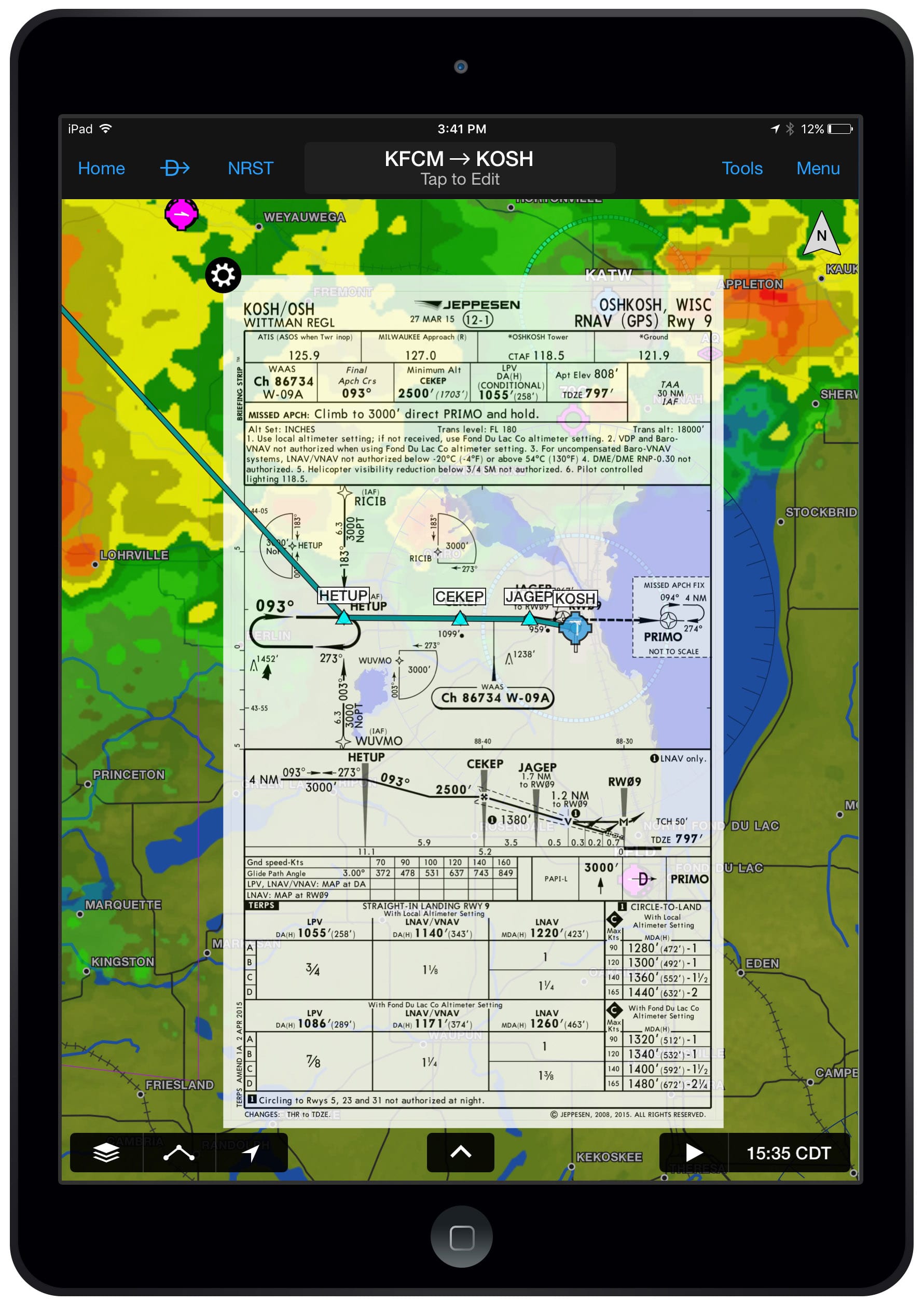 The Garmin Pilot app took a big leap forward this week, adding several one-of-a-kind features that further advance its position as one of the most innovative apps in the EFB market. In addition to adding the ability to view Jeppesen terminal charts in the app, you can also now use the Garmin Pilot app to wirelessly update the databases on the GTN 650/750 and G500/G600 panel-mount avionics with the new Flight Stream 510 MMC card. Let’s take a look at how all this works.

Jeppesen charts have long been regarded as the gold-standard for international flying and are used by airline and corporate flight departments around the world. Up until now the only way to get these charts for iPad was to use the dedicated Jeppesen Mobile FD app. While this app does a great job of presenting and organizing the Jepp charts for in-flight reference, it lacks many of the general aviation features U.S. pilots need today, like flight plan filing and ADS-B weather/traffic. 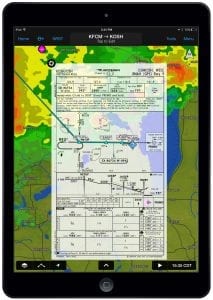 Fortunately Jepp pilots have a new option, thanks to the continued partnership between Garmin and Jeppesen. Within the Garmin Pilot app, pilots with a Jeppesen electronic chart subscription can now download and save Jeppesen terminal charts, including approach charts, arrival and departure procedures, as well as Jeppesen airway manuals.

You can view and manage the Jepp charts in Garmin Pilot the same way you do now with FAA charts. They can be saved in pilot-selectable binders for convenient access, which can be viewed in full-screen or split-screen mode. They can also be displayed as an overlay right on the moving map, providing the option to view them in either track-up or north-up orientation on the moving map.

Garmin offers the most comprehensive set of connected panel options on the market, allowing you to share data between your iPad apps and panel-mount GPS and ADS-B receivers in the airplane. The latest entrant to the Connext connected-panel system is the Flight Stream 510, which further extends the Garmin Pilot app’s wireless capabilities. 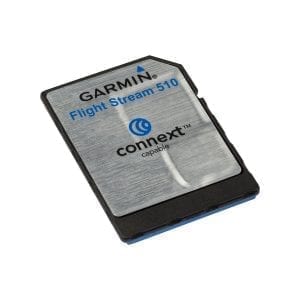 Unlike the other installed Flight Stream products from Garmin, the 510 takes the shape of a Wi-Fi and Bluetooth enabled MultiMediaCard (MMC), which is essentially a very sophisticated SD card. This is designed to replace the SD card used for database updates in your Garmin GTN 650/750 and allows your iPad to wirelessly communicate with the avionics in your panel.

It first enables the existing functions of the Connext system, allowing you to transfer flight plans between Garmin Pilot or ForeFlight and your GTN receivers. It also allows you to send ADS-B weather and traffic to these apps if you have a compatible ADS-B In receiver connected to your GTN avionics.

The second big thing the Flight Stream 510 enables is wireless database updates for the GTN receivers. This allows you to first download the GTN databases right to the Garmin Pilot app on your iPad from the comfort of your home or office. Then when you get out to the airplane it’s just a matter of wirelessly connecting your iPad to the Flight Stream 510 in the GTN receiver to complete the update.

You can use it to update the Jeppesen NavData or the Garmin Navigation Database, Airport Directory, Obstacle, Terrain, SafeTaxi®, FliteCharts® and Basemap. This wireless database service uses WiFi for the data transfer and is really fast–it only takes a few minutes to complete the update.

If you’re fortunate enough to fly with the Garmin GSR 56 datalink system, you can use this new interface to access text and voice services. This allows you to quickly send and receive text messages and initiate phone calls on an Apple mobile device using the Garmin Pilot app. 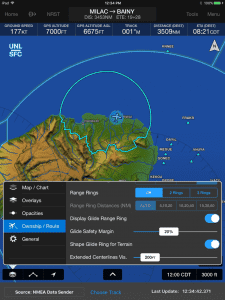 Also new as part of the upgrade, Garmin Pilot offers pilots the option to display a glide range ring on the moving map. The glide range ring is depicted as a cyan ring around the estimated area that can be reached by the aircraft in a best glide range configuration.

You’ll also find a new shortcut on the top of all the pages that allows you to quickly modify flight plans by tapping the flight plan bar at the top of the screen.

The Jeppesen charts and new Glide Range Ring features are only available for the iOS version of the app, while the wireless Database Concierge functionality is included in both the iOS and Android apps. The Android version also adds the electronic logbook feature in the update.

Garmin Pilot 8.4 is available for download now in the iOS app store, and you can learn more about the Flight Stream 510 card here. The Android version will be released later this week.

Finally – an iPad mount with built-in fans
Scroll to top