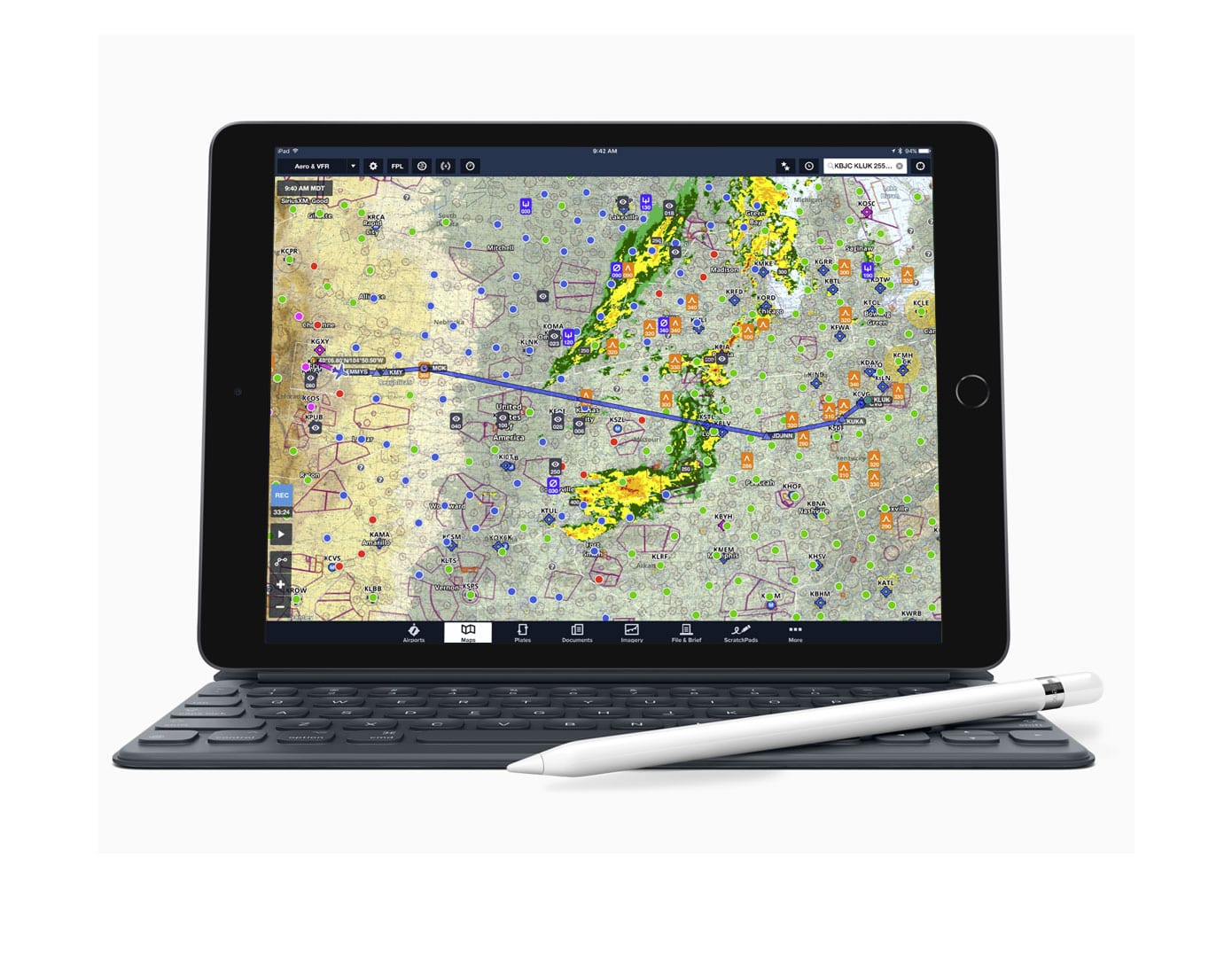 With a slew of photo and video specific improvements in the new iPhone, Apple also announced today that their most popular mobile tablet, the 10″ class iPad, will see a nice bump in features without an increase in price. This means better access for cash-strapped pilots who are looking to upgrade or just dip their toes into the world of mobile navigation in the cockpit.

The seventh generation of iPad from Apple retains the entry level price of $329 but adds a larger screen of 10.2 inches, up from 9.7. The new tablet also now includes a smart connector allowing the use of a full size keyboard. The optional accessory also folds into a protective cover. In addition to the detachable keyboard, this iPad will also support the Apple Pencil stylus that has been well received among pilots. This is the latest improvement to the full size iPad since the announcement of the new Pro version in November, and since the much anticipated new iPad mini was announced in March.

The newest iPad is also manufactured specifically to take full advantage of the latest iteration of the mobile operating system. Recently dubbed iPadOS, it includes a feature set meant to take advantage of the tablet’s larger screen and multitasking capabilities while expanding the Apple Pencil functionality. iPadOS and iOS13 will be officially released to the public and available to update compatible devices on September 19th.

Otherwise, the iPad is largely unchanged from the previous iteration. With the popularity of larger (and more expensive) iPhones, customers have been holding onto their tablets longer. The resulting decline in iPad sales have forced Apple to entice customers with useful accessories like the keyboard and pencil while keeping the price point low.

Nearly a year ago, Apple announced their most advanced phone ever with the iPhone XS and XS Max. Again today the next level in mobile computing was revealed and along with the new hardware came a new nomenclature. The new iPhone 11 Pro is here with its larger variant, the iPhone 11 Pro Max and entry level cousin, iPhone 11. 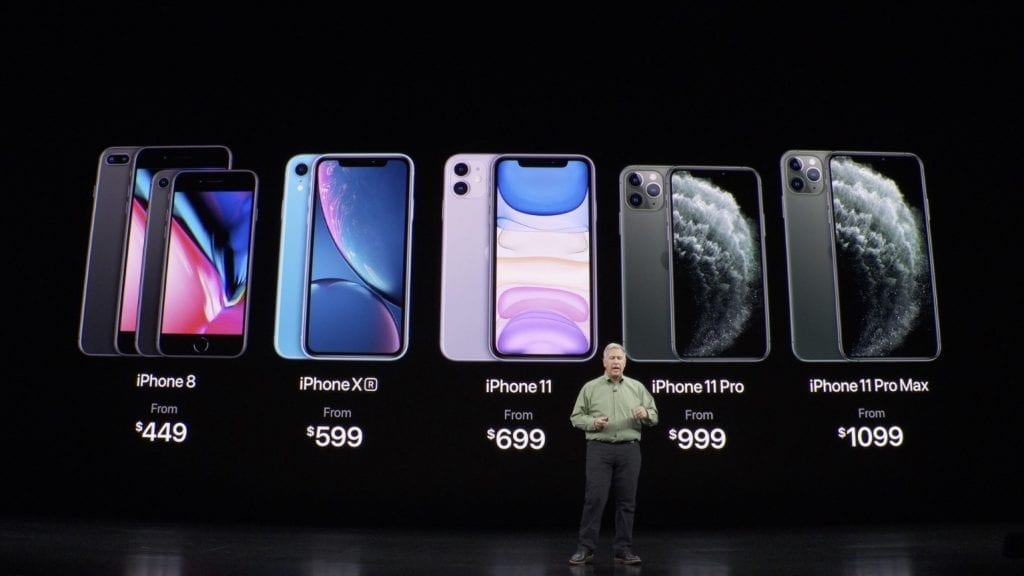 While the majority of new features included with these phones centers around multi-cameras with auto HDR bracketing and neural network exposure control, there is little in the way of aviation-specific features. Pilots may appreciate the new A13 bionic processor which is touted as the world’s fasted CPU and GPU in a smart phone. This will help render and draw a navigation map faster and more precisely than previous versions of iPhone.

Insta-pilots will also appreciate the new front-facing camera that now sports a 12-megapixel sensor, and it can shoot both 4K and slow-motion videos for the ultimate cockpit slofie. Face-ID is now faster and capable of face detection at wider angles, which is handy for unlocking a device that may be mounted in the cockpit with limited adjustability.

For the plebs among us, a standard iPhone 11 is also being launched with just two cameras instead of three as seen on the Pro and Pro Max. The iPhone 11 also includes a more traditional LCD Retina display but does enjoy the same speedy A13 processor and improved Face-ID.

Apple continues to improve among one of the best selling smart watches in the industry. Two big changes of interest to pilots were announced today with the Apple Watch Series 5. With an always-on display, no longer will you need to lift your wrist to check the time or see the status of the current app.

Due to some some extremely fancy engineering and ground-breaking display technology, the new watch can still maintain the same battery life even with the continuously visible display. Many pilots will appreciate this feature, especially when both hands are required to control the aircraft and a subtle glance is all that’s needed for a quick time check. 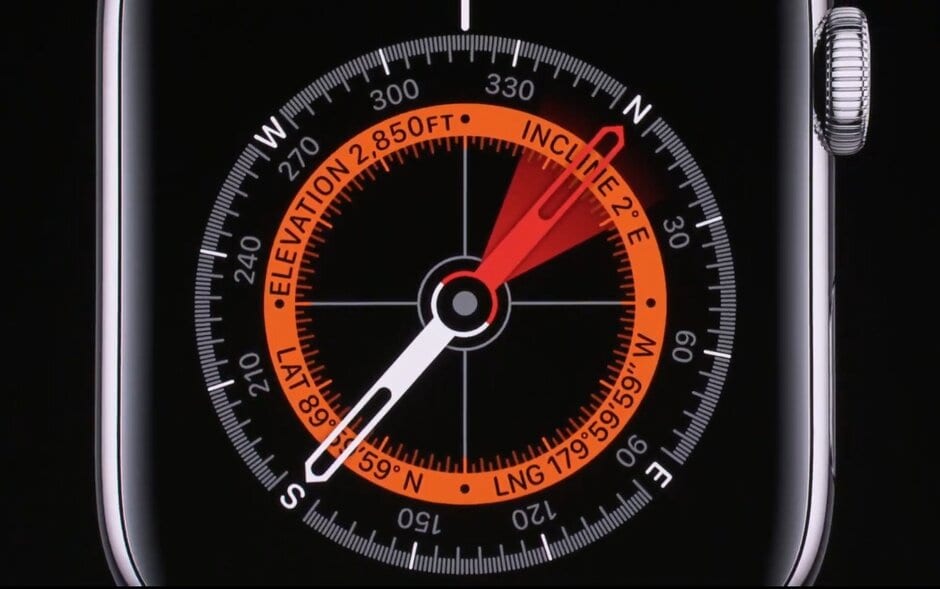 Apple also added a compass to the Apple Watch. The new compass app with display your current latitude and longitude as well as direction, elevation and incline. App developers will also have access to the compass information, so look forward to coming enhancements to your favorite watch app.

One minor feature addition that may be of interest to pilots are new safety features, including excessive decibel exposure warnings. This would be a good reminder for pilots or line personnel who spend lots of time on and around a very loud ramp.

Greg Joswiak, Apple’s vice president of product marketing, said during the event that “iPad is a magical piece of glass that can be anything we want it to be.” Hyperbole maybe, but the iPad has undoubtedly created a low cost revolution in general aviation.

3 reasons the new iPhone 5 is good for pilots

How to maximize iPad battery life – tips for better performance

New iPads Are An Incremental Improvement For Pilots
10 replies