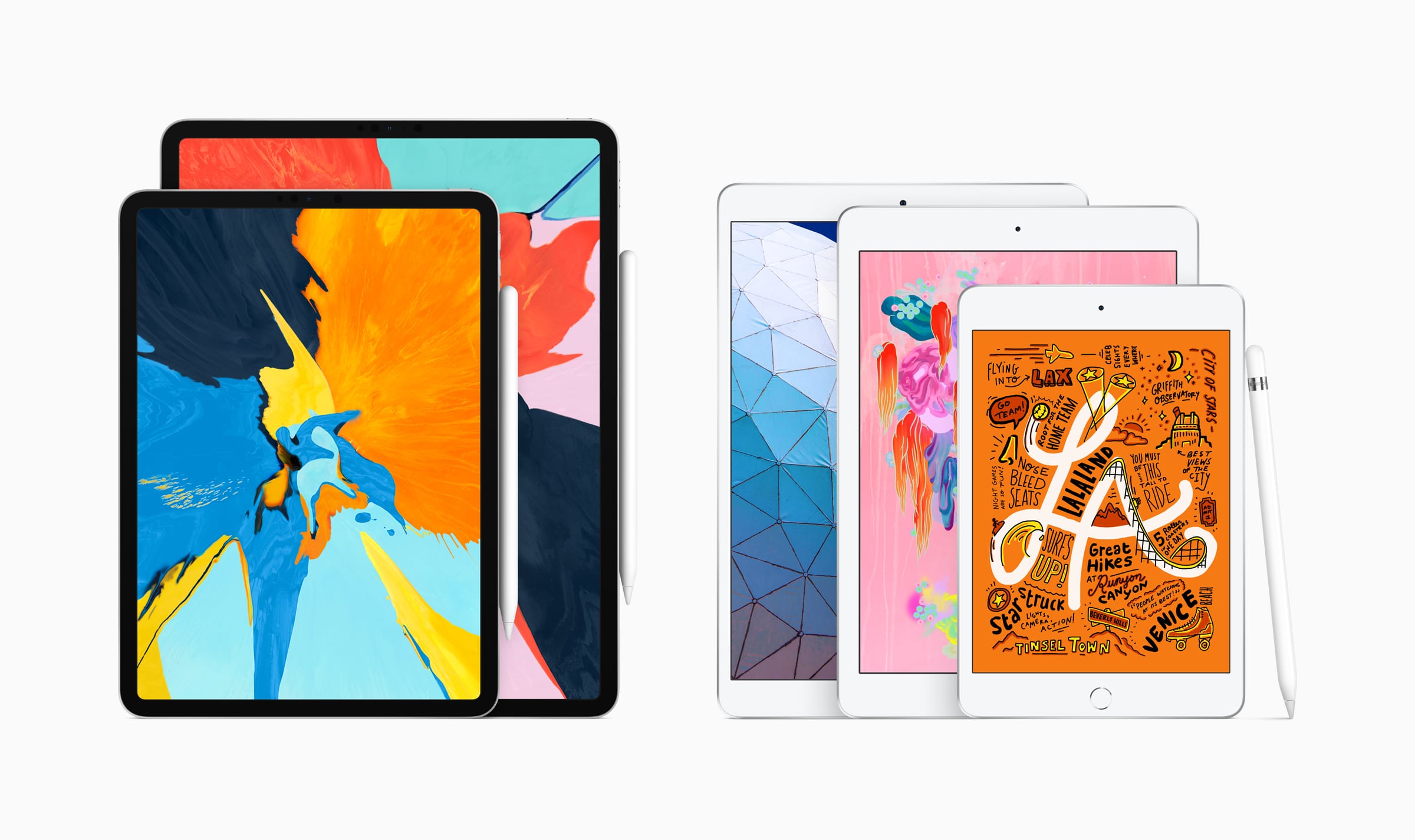 We talk to iPad pilots daily at our airport and online through iPad Pilot News, and the number one question we get is “when will Apple upgrade the iPad mini?” The smaller 7.9″ iPad works exceptionally well in the cockpit, balancing the right combination of size and price, but it hadn’t been updated since April 2015 and was lacking in hardware performance. In our most recent poll over 58% of pilots responded they would upgrade to a new iPad Mini if it became available, with only 21% looking for an iPad Pro.

Today we learned that the rumors were true, as Apple unveiled the new 5th generation iPad Mini and a new 10.5″ iPad Air. The new Mini 5 is identical in size to previous models, but includes Apple’s powerful A12 bionic processor, the same chip used in the latest iPhone XS and XR models. You can order the new model starting today and get it delivered next week. Here we’ll review what all is new with the Mini 5, along with the new iPad Air, to help decide which model is best for your next upgrade. 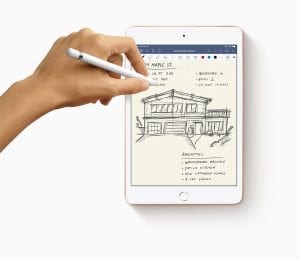 Pilots have been asking for a new iPad Mini for years and fortunately, Apple responded to the consumer demand and released an all-new version. On the outside, the iPad Mini 5 is identical to the iPad Mini 4, which many pilots will welcome since you’ll be able to use existing mounts and kneeboards without any compromise. The most important update is the new A12 bionic processor (the Mini 4 was still using the old A8 processor), which will provide a lightning-fast user experience while running graphics-intensive processes, like loading in-flight moving maps or datalink weather.

The storage options were doubled in size for the iPad Mini 5 to 64GB and 256GB, which will also be a welcome upgrade for pilots running low on the limited storage options of the iPad Mini 4. The retina screen was upgraded to be 25% brighter, includes the useful anti-reflective screen coating and Apple’s true tone technology. The rear camera was also upgraded from 720p to full 1080p HD recording capability. It adds support for the original Apple Pencil – the newer 2nd Gen Apple Pencil only works with iPad Pro.

Best of all the new iPad Mini 5 retains the same affordable price of $399 for the 64GB model, but we’d highly recommend paying the extra $150 and upgrading to the 256GB to ensure you have plenty of space down the road for all your apps, aviation databases, and media. The Mini 5 retains the same Lightning charging port and TouchID for authentication. Like with other iPads, you can upgrade to the model with Cellular data for an extra $130, which also adds an internal GPS. Learn more about the internal GPS vs. external receivers here. 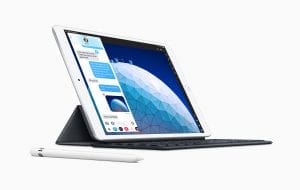 The new iPad Air 10.5″ essentially replaces the iPad Pro 10.5″ that hit the market a few years ago, but includes the faster A12 bionic processor. It’s the exact same size as the former 10.5″ iPad Pro, so all the same kneeboards and mounts will work with the upgraded model. It retains the familiar Lightning port for charging and TouchID.

Most importantly Apple dropped the price on this product down to $499 (the iPad Pro 10.5″ was $649), so it’s now in the sweet spot for pilots looking for a full-size iPad with high-performance internals, without the need to spend over $800 for an iPad Pro.

The 2019 iPad lineup in review

The plus side of today’s announcement is that pilots have never had a more diverse range of iPad models to choose from, with a fully capable version starting at just $329. The downside of all these options is that it can become a little confusing when sorting through the offerings, especially when it comes to accessory support. Apple recently dropped the 10.5″ iPad Pro, so there are now 4 iPad product lines to choose from:

As we mentioned earlier, we think the new iPad Air model is the perfect choice for pilots who prefer a full-size screen over the iPad Mini, without breaking the bank for the higher-performance iPad Pro models. It includes the larger 10.5″ screen found on the original iPad Pro and Apple’s latest A12 processor and starts out at the same price as the original iPad from 2010 – $499. The premium iPad Pro remains a great fit in the cockpit too and offers the most performance and features in the lineup – read our review of that model here.

You can order both the new iPad Mini 5 and iPad Air 10.5″ models today and they’ll be shipping out next week. We’ll have a full PIREP on both versions next week, including compatibility with kneeboards and mounting options.

Lastly, we’ll point out that Apple has a trade-in program, so you may be able to save some money on your upgrade by sending in your old device.