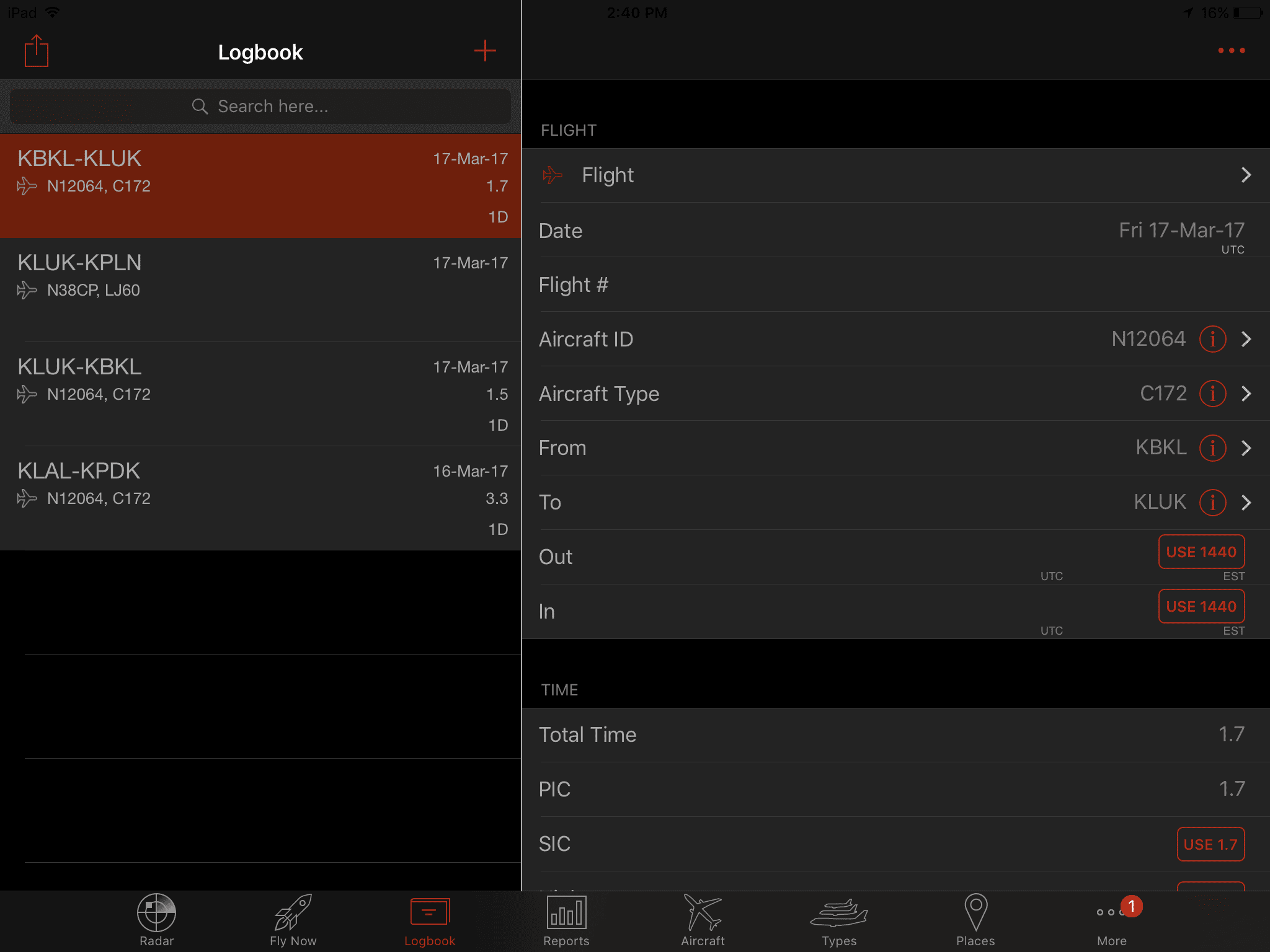 The LogTen Pro software platform has long been regarded as one of the premiere digital logbook applications, offering versions for both mobile devices and desktop computers. They launched the new LogTen Pro X app for iPhone and iPad a few years back, which built on the success of the original LogTen Pro app.

LogTen Pro X is one of our top choices for digital logbooks on the iPad, since it offers a nice mix of powerful features and an easy-to-use interface. The newly updated version 7.4, named LogTen Pro Cadet, brings some exciting new features to the iPhone and iPad versions of the app.

While the clean, white interface of LogTen Pro X is great in daylight, what about night time in the cockpit? With LogTen Pro X Cadet’s new night mode, you get clear, easy to read data in carefully chosen colors that will protect your night vision when you need it most. LogTen Pro X will automatically switch between dark and light modes based on your current location and the angle of the sun, or if you prefer you can set the color scheme manually in the app’s Display Options. 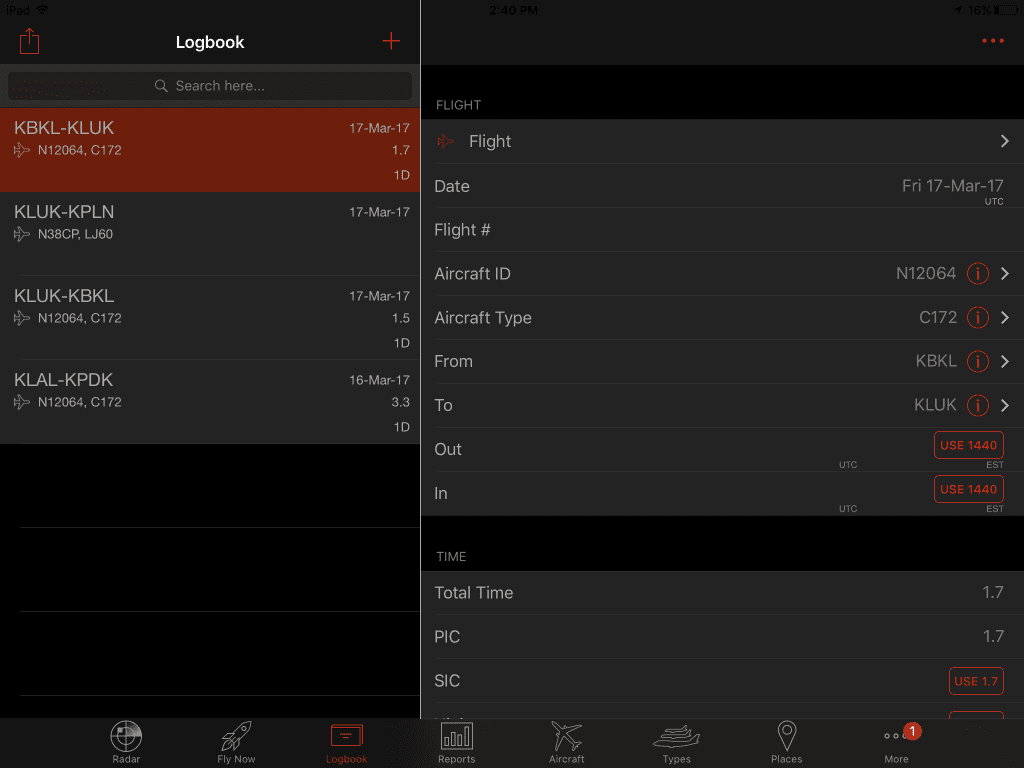 The reports section of LogTen Pro has been completely overhauled to handle the wide range of data, dozens of formats and variety of paper that pilots around the world need. Simply pick the report you’d like, including pre-formatted templates from the FAA, airlineapps.com, pilotcredentials.com, Australian/Canadian/EASA FTDL reports, and LogTen Pro will automatically generate the report using your flight data. Each report also includes the option to save it as a PDF. 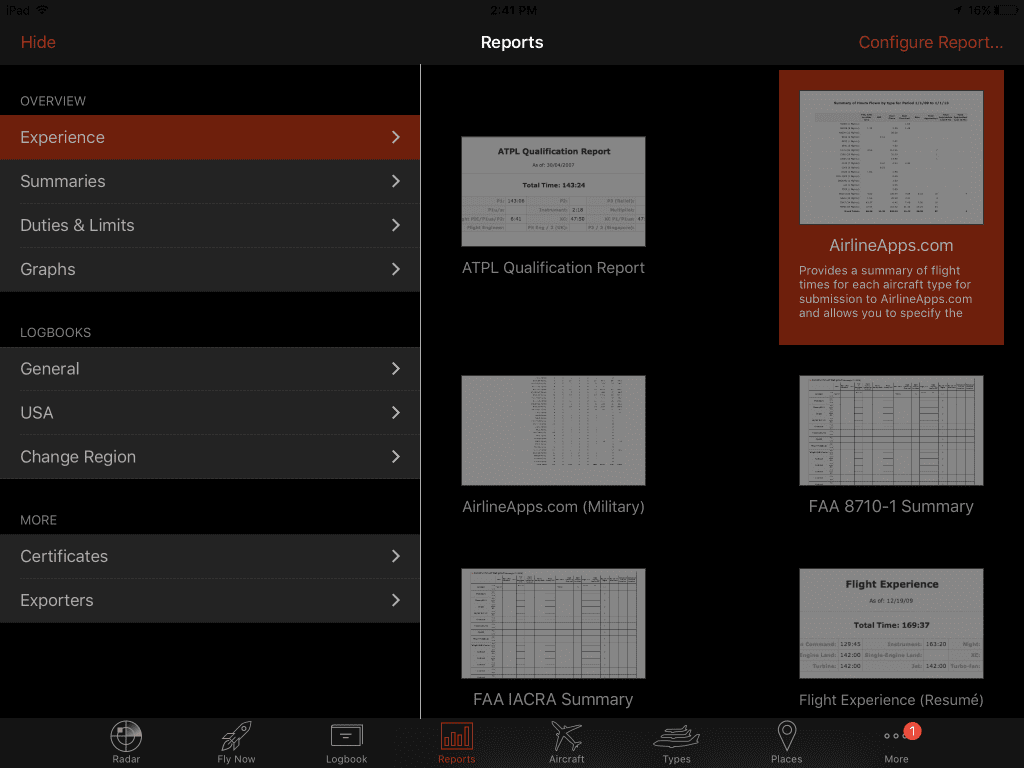 LogTen Pro is now compatible with the Roster Buster airline scheduling app. With over 350 airlines supported, professional pilots around the world can now quickly and easily import their schedule into LogTen Pro on their iPhone or iPad.

To save time when logging flights, LogTen Pro X will now show you recent items when you want to select an aircraft, type, place, or person. You can even customize your settings to decide how many recent items to show. 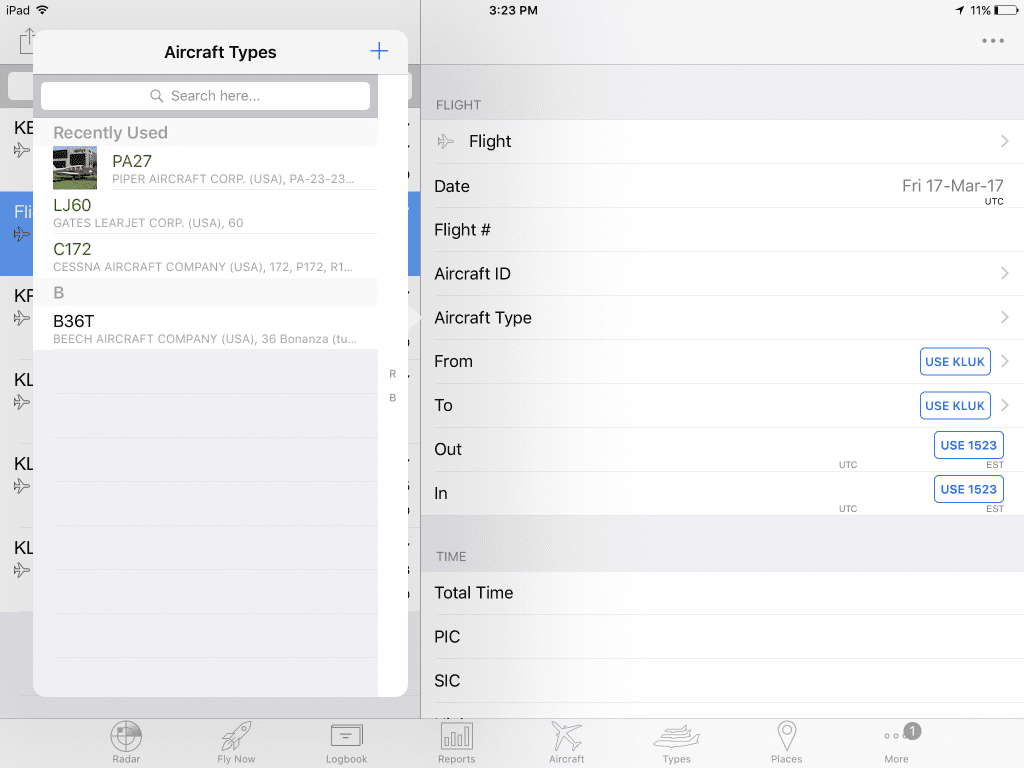 With this release LogTen Pro increased the app’s free trial length, allowing you to use it to log your first 250 hours of flight time free of charge (it was previously limited to 40 hours). To continue using the app after that point you’ll to sign up for an annual subscription plan.

LogTen Pro X Cadet also includes over 145 other small improvements to the app, including, adding NVG endorsements, new keyboard shortcuts, new airport data, Touch ID login and more. You can download the LogTen Pro app for your iPhone/iPad here, or head over to the Mac app store to download a version for your Mac computer.