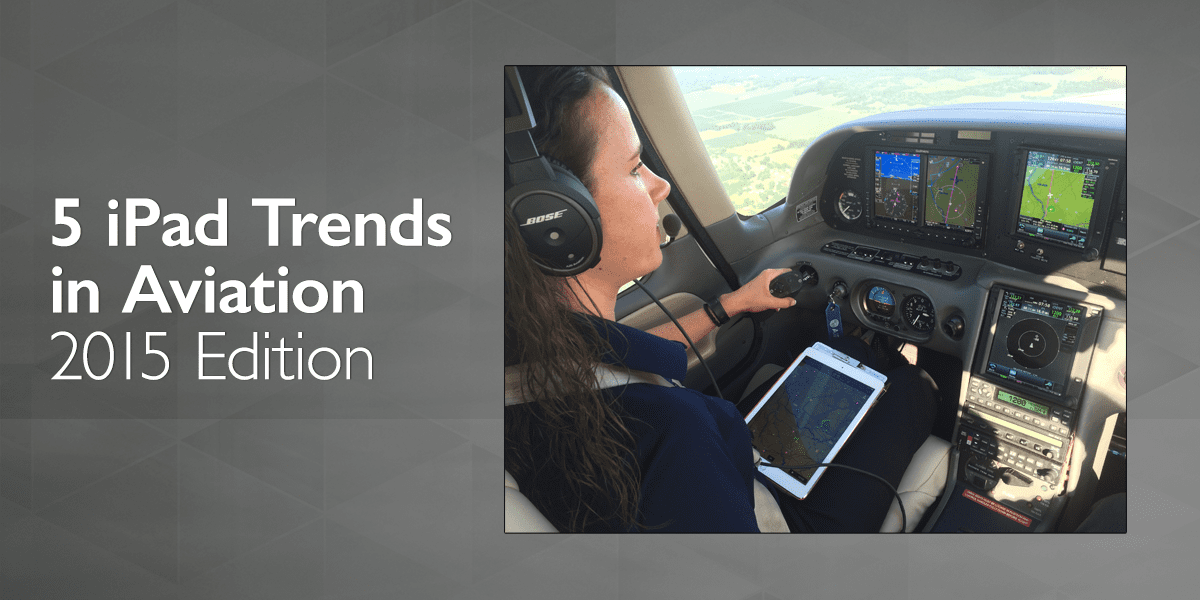 A year is an eternity in the world of apps and tablets, so a look back at 2015 on iPad Pilot News covers a lot of ground. There were new hardware announcements, dozens of app updates, new accessories and more tips to learn. If you go beyond the noise of an evolving industry, some larger trends emerge from the 137 articles we published over the past 12 months. Here are 5 to consider. 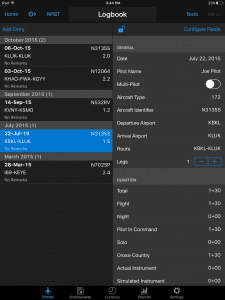 The new logbook in Garmin Pilot will automatically log your flights when used with a GPS.

1. EFB apps become all-in-one resources. What began as basic charting apps have now grown into complete pre-flight and in-flight tools. That trend has been true each of the past three years, but it shows no signs of slowing down. Garmin and ForeFlight led the way this year, adding more and more features that moved them to the center of many pilots’ technology universe, from digital logbooks to weight and balance tools to detailed flight planning features. Whereas once pilots depended on 3 or 4 apps in flight, almost every function can now be handled by one of the big Electronic Flight Bag (EFB) apps. What’s left to add? Checklists and fuel planning come to mind.

These upgrades have consolidated users not just into the main EFB apps, but also into a few winners: all of our measures of pilot preference show the top 5 apps (ForeFlight, Garmin Pilot, Fltplan Go, WingX, and FlyQ) dominating as much as ever, as more niche apps fade. Among the top 5, ForeFlight and Garmin remain the two most popular. 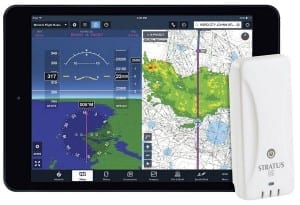 Portable ADS-B receivers have been upgraded to include AHRS, light data recording and track logging.

2. ADS-B receivers also become integrated. In the same way that apps have added features to become one stop shopping, so have ADS-B receivers (still by far the most popular add-on for iPads). These integrated portable avionics devices now offer much more than just subscription-free weather.

AHRS is a must for many pilots these days, as synthetic vision becomes increasingly popular for both VFR and IFR pilots. Even flight data recording and track logging are included in ADS-B receivers now. It all suggests a new name may be needed for such multi-purpose devices. 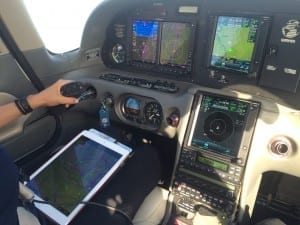 Both the Garmin Pilot app and ForeFlight are now compatible with select Garmin panel-mount avionics.

3. Panel and portable integration. Long dreamed about, 2015 may have been the year when the integration between portable and panel-mount avionics finally became a reality. Garmin led the way with its Flight Stream product, allowing Garmin Pilot users to sync weather data and flight plans from the panel to a tablet. Garmin added ForeFlight to the program at Oshkosh for a wider reach. ForeFlight also introduced compatibility with Dynon experimental glass panels, Fltplan Go announced integration with with L-3’s new Lynx ADS-B avionics, and Appareo launched Stratus ESG, an ADS-B Out transponder that integrates with portable Stratus units for a complete In/Out system. 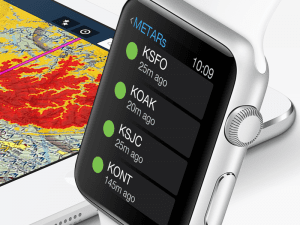 The Apple Watch, iPad Pro and iPhone 6 Plus have been well-received by pilots flying with aviation apps in the cockpit.

4. Hardware goes bigger, not smaller. This was the year that the much-hyped Apple Watch finally hit the market, and the cockpit. While it has become the best-selling smart watch yet, its success has been more of an intriguing start than a cultural sensation.

On the other hand, consumers have voted with their wallets for larger screens, concluding the iPhone 6 Plus and iPad Pro are exciting options. The larger phones, in particular, are becoming valuable tools for flying, finally large enough to be used regularly without sacrificing readability. 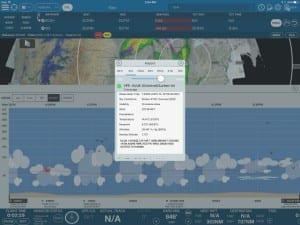 5. Weather becomes a focus for apps. It seems like 2014 was the year of navigation features, as apps raced to add ever more sophisticated moving map displays, synthetic vision and approach procedure options. 2015 may have been the year of pre-flight weather features. ForeFlight hired a meteorologist this year, and he set to work revamping the app’s weather offerings in some impressive ways.

Aerovie, an app with roots in the weather arena, also added a number of cutting edge weather features. The standard radar, METAR and TAF report simply isn’t enough anymore. New models, charts and forecast products offer pilots more tools than ever before – as well as more acronyms (anyone for a MOS, Skew-t or CCFP?).

Does the iPad have a “real GPS” in it?