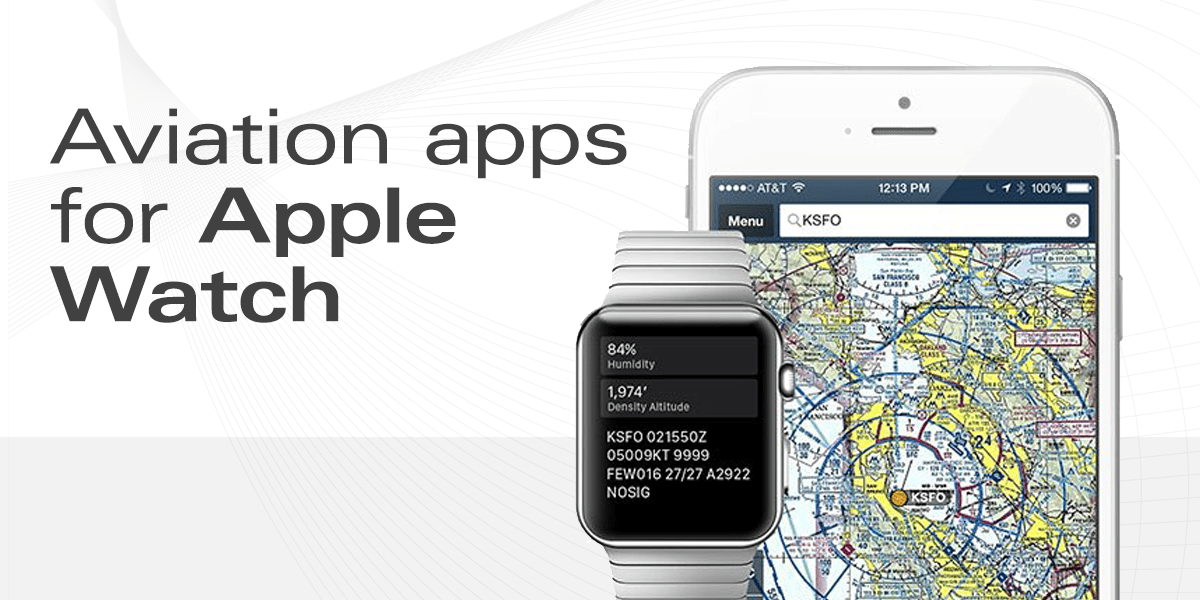 The Apple Watch started arriving over the weekend for those that pre-ordered the device a few weeks back, and so far the reviews have been mostly positive. While each person will be looking to get something different out of the new smartwatch, pilots have been primarily focused how it can enhance the digital in-flight experience. While the screen is relatively small compared to the phones and tablets we’re accustomed to using in the cockpit, it has the potential to be a helpful tool always displaying key information about the flight on your wrist.

Aviation app developers have been hard at work over the past few months creating watch-compatible apps and several are already available in the app store. You won’t find dedicated apps specifically for the watch, but rather developers must add watch compatibility to their existing apps, allowing them to display information formatted specifically for the smaller screen. Another key point is that the watch must be in range and connected to an iPhone for these apps to function. The watch itself does not have an internal GPS and is not compatible with iPad in its present form.

Despite these limitations, there are some really cool features available for pilots from several aviation and weather app companies. Here’s a quick rundown of a few aviation apps that pilots flying with an Apple Watch should check out: