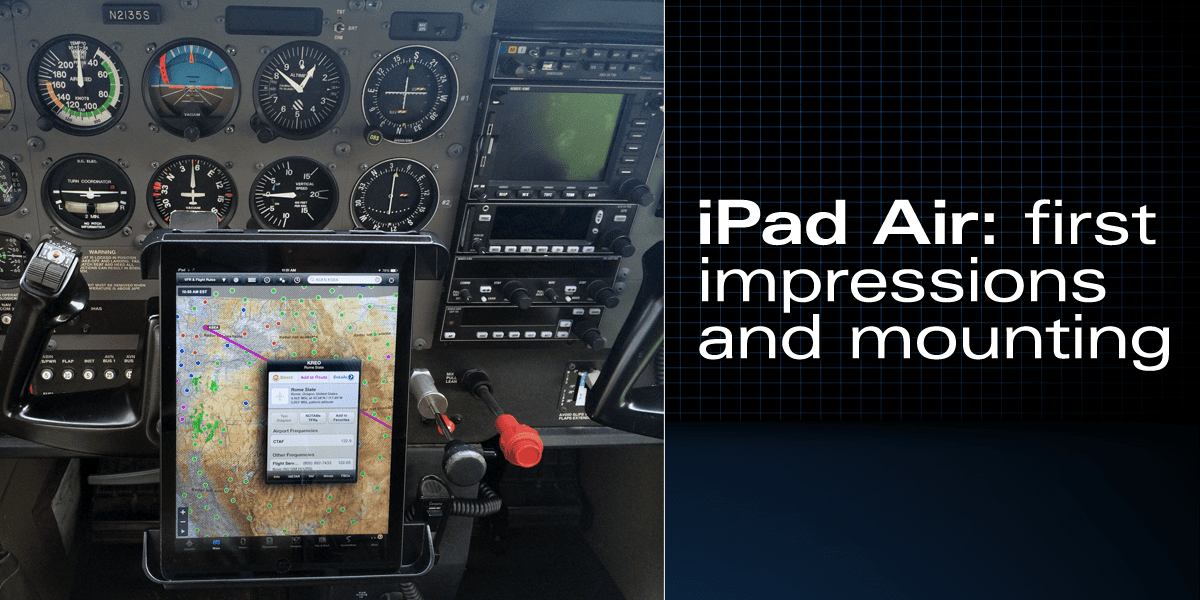 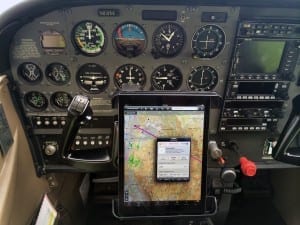 The iPad Air works well in the cockpit with the Ram spring-loaded cradle mount.

We received our new iPad Air yesterday, and after a day of routine use and a several flights, we have only positive things to say about it. The biggest improvement for pilots is the new A7 processor. It allows aviation apps like ForeFlight to open in less than a second, and provides a significantly better user experience when zooming and panning around on the moving map.

You’ll really notice an improvement when loading overlays on the map, like approach charts and weather. On earlier-generation iPads it would often take 3 to 5 seconds to draw an approach plate on the moving map. These now display in less than a second. The same speed applies to weather as well, as the new iPad minimizes delay in processing and overlaying weather information on the map.

The screen on the iPad air has the same high-resolution retina display found in the iPad 3 and 4, but uses a new technology with roughly 60% fewer LEDs than previous models. The display is still bright and vibrant, but draws significantly less power. This in turn allowed Apple to use a battery that is 25% smaller, but still provides 10 hours of battery life during normal use.

We compared  an iPad Air and iPad 3 running ForeFlight, and connected both to a WiFi GPS on a few recent flights. With both device’s screen brightness set to 75% we saw significantly better battery life from the new iPad Air. The iPad 3 lasted approximately 5 hours, which is typical for earlier-genreation full size iPads. The iPad Air’s battery lasted for 6 hours and 45 minutes, and ran much cooler as well.

The iPad Air is approximately 33% lighter than the full-size iPad it replaces, and you’ll notice this improvement the first time you pick it up. The physical size is also smaller in terms of thickness and width, mainly due to a reduction in the size of the bezel on the left and right side of the screen. This makes it more accommodating to hold in your hands when performing routine operations on the ground. This size reduction limits mounting options based on what’s currently available, since many of the existing mounts and kneeboards are designed specifically for the larger size of the older iPads. Fortunately there are still several options if you need a solution right away.

For those wanting to use the Ram mounting system, you’ll need to use the spring-loaded iPad cradle which holds the iPad Air securely in place, even if you’re using it with a case. From there you can select one of several options to mount it to your airplane, including yoke mount, suction mount or glare shield mount. The existing line of Sporty’s iPad kneeboards also work well with the iPad Air, as they’re designed with adjustable straps to hold the iPad in place. There are 3 options here based on your preference on size and features: Slimline iPad Kneeboard, Flight Gear iPad Kneeboard (the most popular), and the Deluxe Leather iPad Kneeboard.

Many pilots have asked what our thoughts are on this new slimmer model compared to the iPad Mini. The short answer is that if you’re happy with the iPad Mini’s smaller size in the cockpit, the new iPad Air will still feel big to you. While it does weigh less and has a smaller footprint, it’s still a 10″ screen and would be a tight fit in smaller cockpits. This device is well-suited though for those looking to upgrade from an iPad 1 or iPad 2, and pilots making this transition will really appreciate the lighter weight, higher-resolution screen and faster processor. 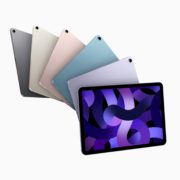 FAA to Allow Airlines to Expand Use of Personal Electronics