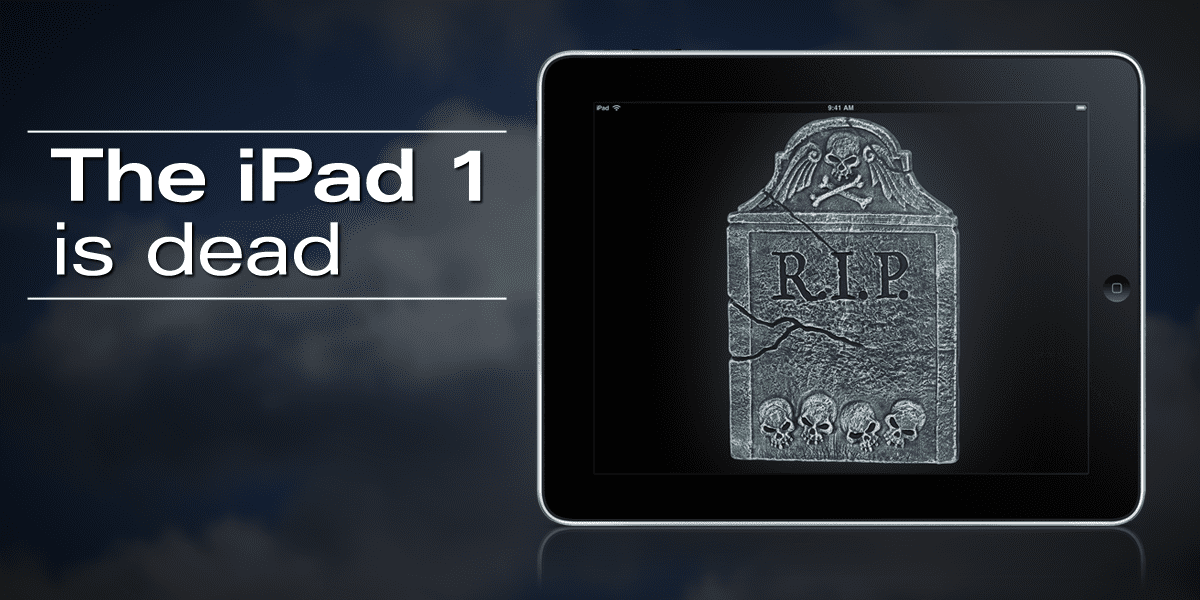 The original iPad deserves a special place in general aviation’s history–it was the first all-in-one tablet computer that offered a large screen, easy-to-use interface and long battery life. It started an app revolution in aviation that has changed the way many pilots fly. And it wasn’t just pilots who liked the iPad; Apple sold almost 19 million iPads in the 12 months the original model was available.

But the iPad 1 also deserves a place in history because that’s pretty much what it is right now: history.

The iPad 1 has reached the end of its useful life for pilots.

Most aviation app developers have actually done an admirable job of maintaining support for the original iPad. While many high end gaming apps long ago abandoned the iPad 1, ForeFlight, WingX and Garmin all officially support it to this day. That’s great, but we don’t expect that to last, for two reasons.

First, aviation apps are changing at a rapid pace. New features appear on a near-monthly basis, from terrain alerts to synthetic vision. These high end features require a lot of computing horsepower, and the iPad 1 just doesn’t have enough. It features a single core A4 processor and 256MB of RAM, compared to the iPad 2’s dual-core A5 processor and 512MB of RAM. That’s plenty for basic tasks like email and web browsing, but it falls short on most other counts. Newer aviation apps like AOPA’s FlyQ don’t even try to support iPad 1.

Secondly, iOS (the software platform at the heart of the iPad) is leaving the original iPad behind. When Apple unveiled iOS version 6 in September 2012, they broke the news that the original iPad would not get this upgrade. It’s been stuck on version 5.1 ever since, missing out on new features that iPad 2/3/4 owners get free.

This problem will only get worse this Fall, when Apple releases iOS 7. This update represents the most radical overhaul of iOS in years, and will force app developers to adjust their apps to run properly. We expect this will be the final straw for many app developers who, faced with the choice of supporting iOS 5 or iOS 7 , will make the logical decision to ditch the two year old version for the new one. That’s not to mention the significant number of new features iPad 1 owners will miss out on.

Some will complain that 3 years is a short lifespan for a $500+ product like the iPad, but it’s hardly atypical. Rapid obsolescence is the price we all pay for more features at attractive prices. Indeed, a new iPad Mini is less expensive than the original iPad but features improved specs in almost every category. We’d rather see that type of innovation than a stale product that never improves.

In any case, that iPad 1 probably saved the average owner far more than the purchase price, in less expensive digital charts and forgone handheld GPS purchases. For an IFR pilot, one of the popular charting apps represents a discount of at least 90% off the price of paper charts. That makes the iPad a pretty good investment, even if you have to replace it every 3 years.

So give your iPad 1 to your kid or grand kid–it’s still great for playing card games. But if you need an iPad to fly with, it’s time to make a new Christmas list. Might we suggest an iPad Mini?

Plenty of iPad seminars at Airventure 2013
Scroll to top