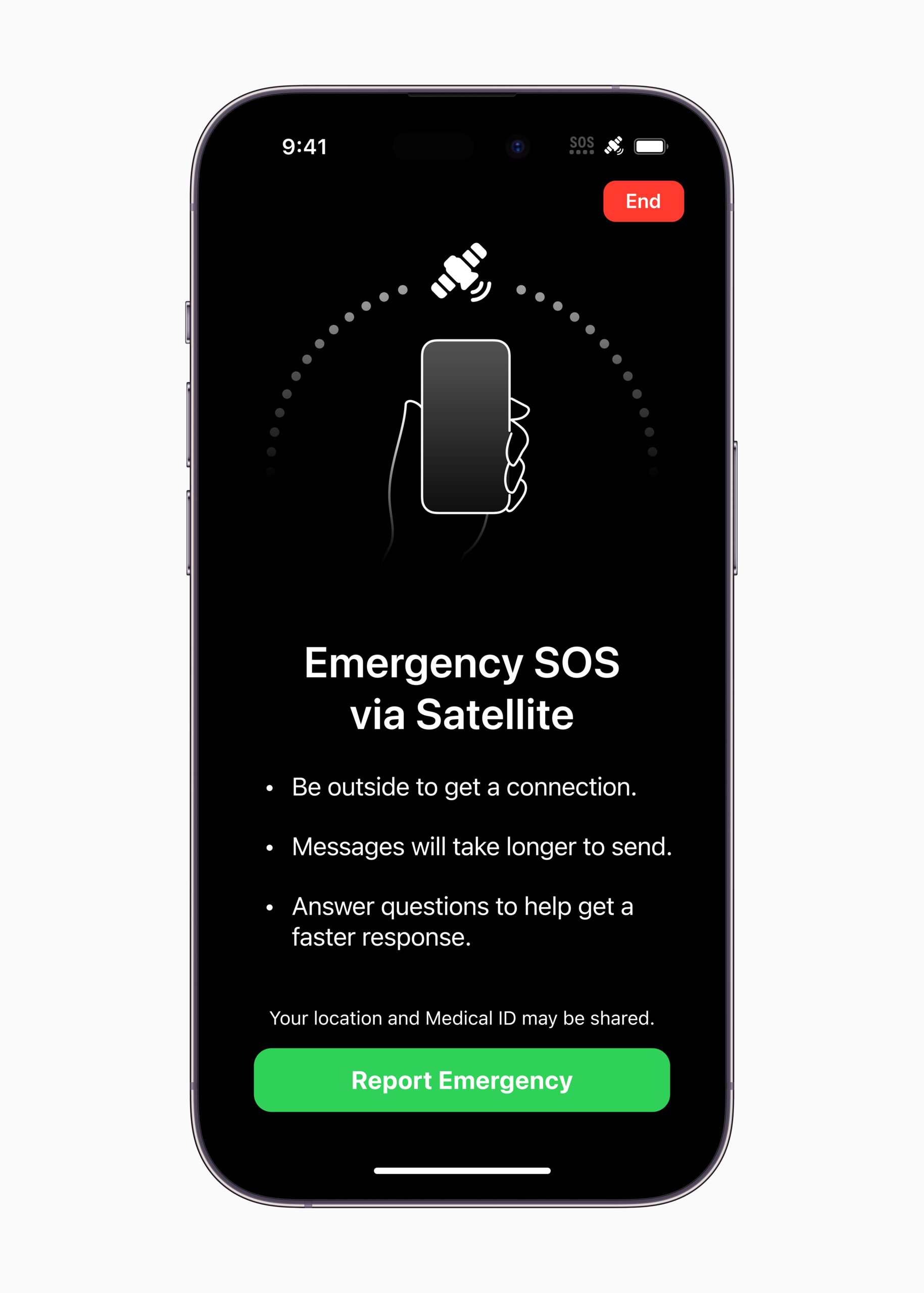 Apple held its annual September media event last week and debuted the new iPhone 14, Apple Watch Ultra and Air Pods Pro 2. The highlight of the event for many was the introduction of a new emergency satellite communications feature included with the new iPhone models, allowing users to contact first responders in an emergency when off the grid and not connected to a cell network.

The iPhone 14 won’t start shipping until later this week, but pilots can now download and install the free iOS 16 update on existing iPhones starting today. What’s different this year, however, is that Apple released the iOS 16 update for only iPhones today — the iPad OS 16 update for your iPad won’t be available until next month.

With that in mind, here’s a look at iOS 16 for your iPhone, including an overview of device compatibility, update considerations, and how to use a few of the new features.

Pilots should always be cautious about updating to a brand new version of iOS right when it is released, due to the importance of aviation apps to our flying. While Apple and app developers test the software extensively months in advance, all new operating systems have undiscovered bugs that need fixing and may cause unexpected device or app issues.

iOS 16 is compatible with the following devices:

When you decide you’re ready to update, the first thing to do is back up your device to iCloud or a computer by following these instructions. Next, make sure your device’s battery is charged and you are connected to the internet via Wi-Fi, and go to Settings > General > Software update, and tap the Download and Install button.

You’ll find that this update installs pretty quickly, thanks in part to the smaller file size of the download. This is good news too for those that don’t have much free space on their iPhone, eliminating the need to temporarily delete apps or aviation chart databases to make room for the update.

Like iOS 15 from last year, iOS 16 is again a relatively modest update. The most noticeable enhancement is the updated presentation of the lock screen, which includes lots of new customization options. The update also includes hundreds of minor updates through the OS and Apple apps, which you can learn more about here. 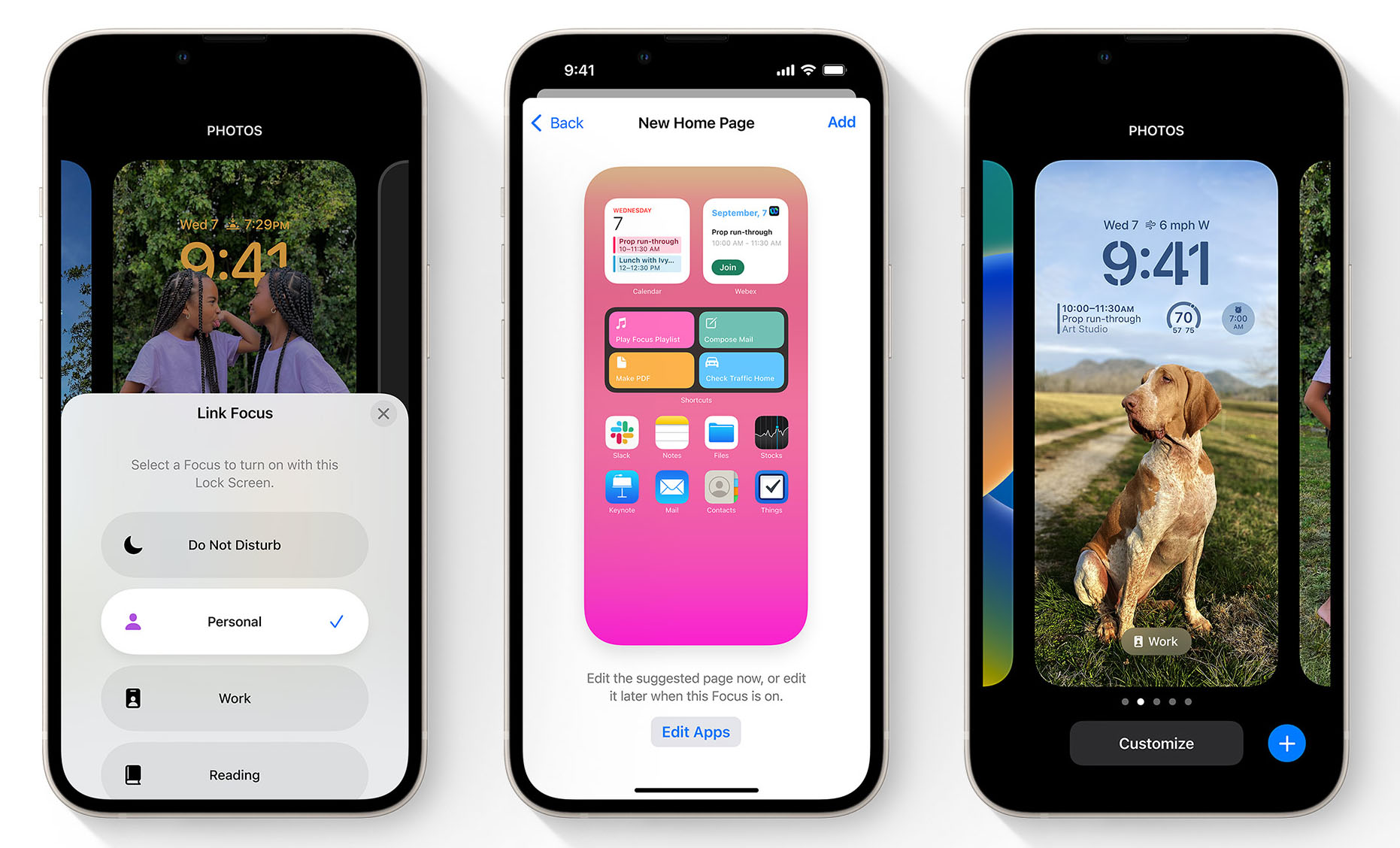 Let’s start with a look at the new lock screen for iPhone, which finally allows you to add custom widgets. These take inspiration from Apple Watch complications, making it easy to get information at a glance, such as upcoming calendar events, the weather, battery levels, alarms, time zones, activity ring progress, and more. And like with the Apple Watch, you can create multiple Lock Screens, each with a unique design and widget configuration. 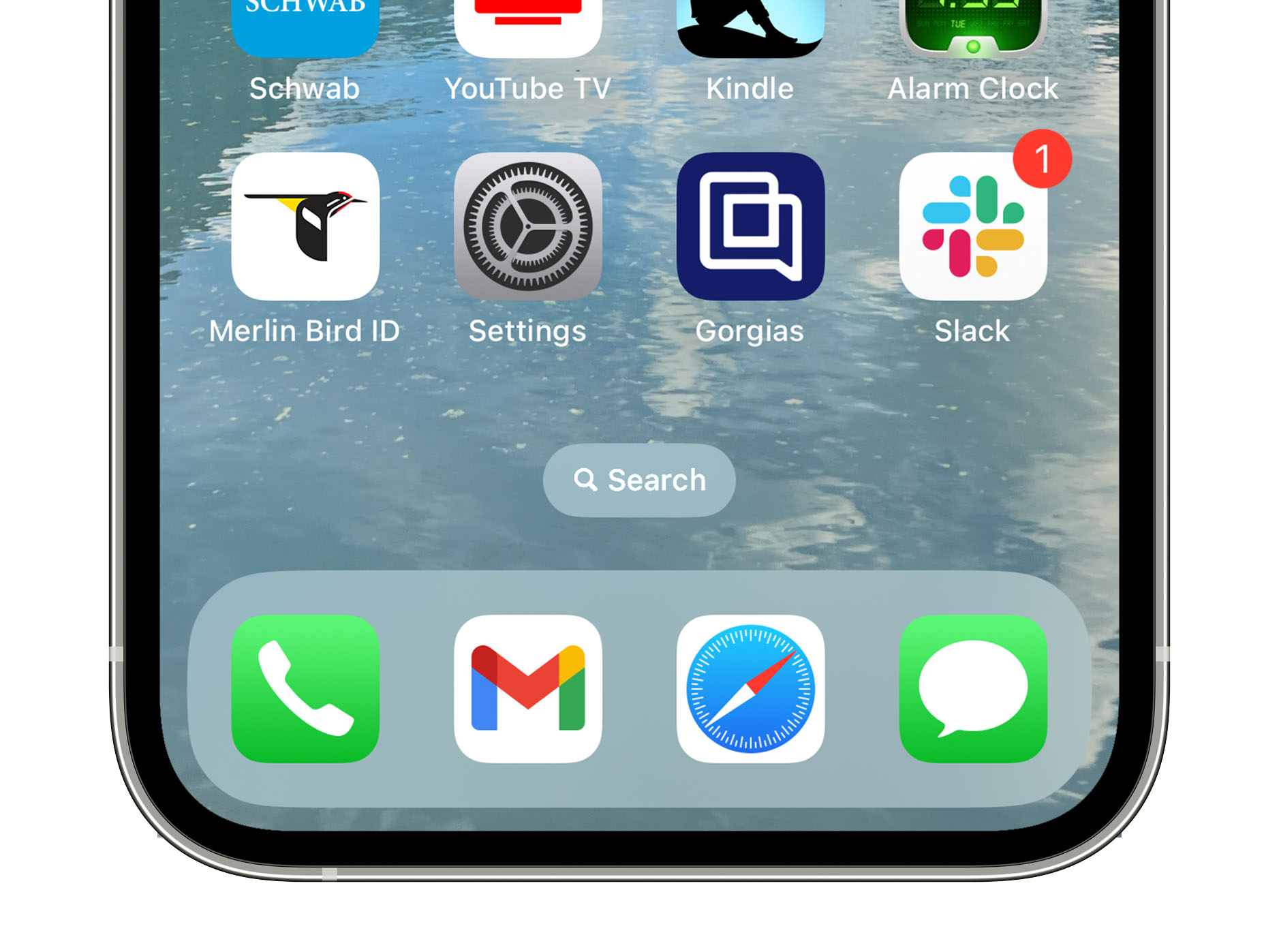 The spotlight search feature in iOS is powerful and helps you quickly locate and launch apps, search the web or perform quick automated actions with just a few taps. In previous versions of iOS, you had to swipe down on the screen to access the Search function, but in iOS 16 Apple placed it on the home screen just below the bottom row of apps.

You can edit or delete recently sent messages, recover recently deleted messages, and mark conversations as unread so they can come back to them later. In addition, SharePlay can now be initiated from the Messages app, making it possible to enjoy synced content like movies or songs and shared playback controls all while chatting in Messages.

Updates to the Mail app

The mail app also received a long-overdue update, which includes an overhauled search feature designed to deliver more relevant, accurate, and complete results, including recent emails, contacts, documents, and links. You can also schedule emails ahead of time and cancel the delivery of a message before it reaches a recipient’s inbox.

Apple Maps added the ability to create multistop routes when planning a trip. You can add up to 15 stops and use Siri to add new stops to a route when navigating via CarPlay. 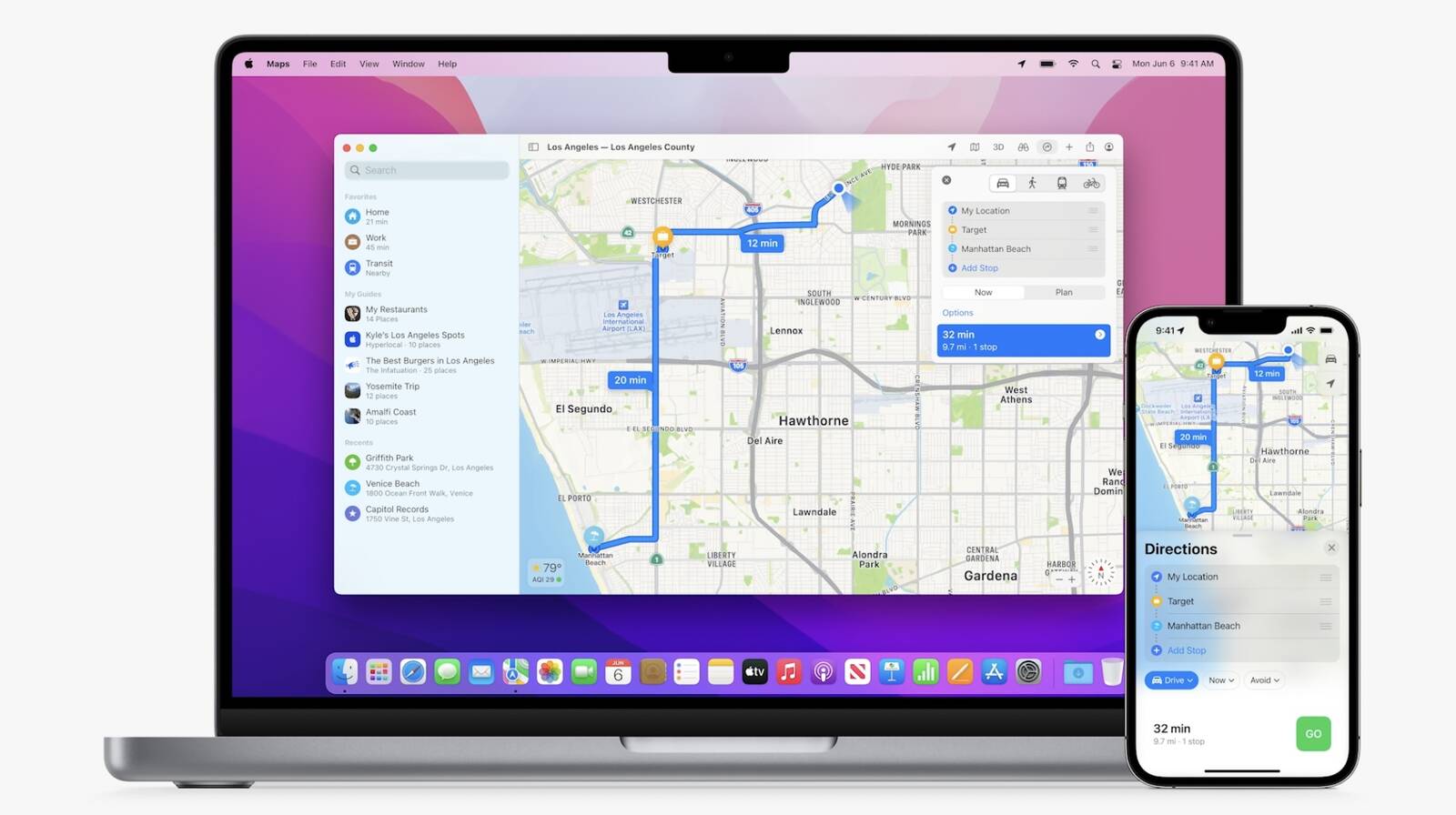 Apple News introduced a new My Sports section to easily follow favorite teams and leagues; receive stories from hundreds of top publishers; access scores, schedules, and standings for the top professional and college leagues; and watch highlights right in the News app. You can also add a Live Activity widget to the lock screen to show real-time scores for the games you’re following. 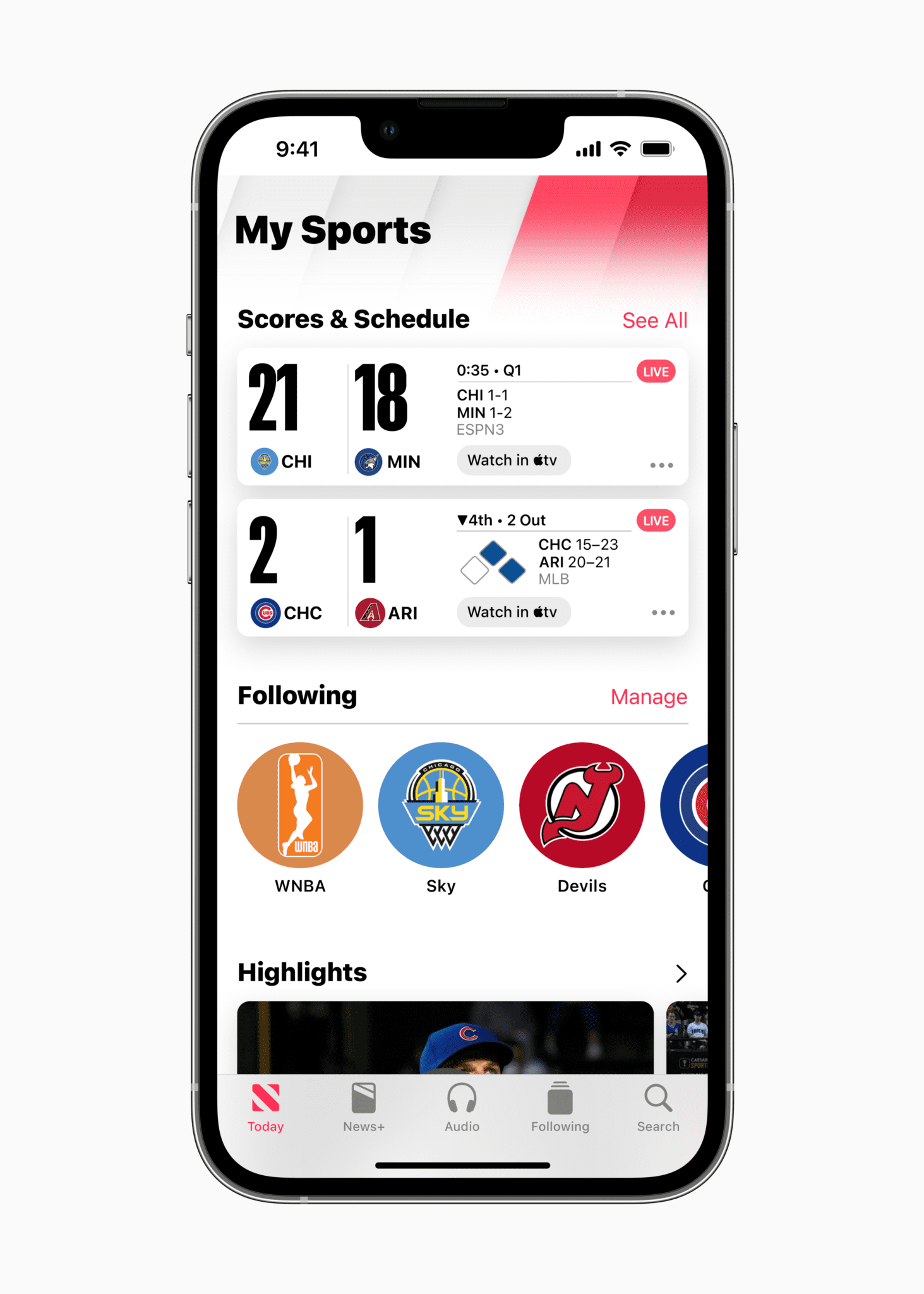 The Health app adds Medications, allowing you to conveniently build and manage a medications list, create schedules and reminders, and track medications, vitamins, or supplements. In the US, you can simply point your iPhone camera at a label to add a medication, read about the medications you’re taking, and receive an alert if there are potential critical interactions for medications.

Live Text uses on-device intelligence to recognize text in images across iOS, and it is now expanding to include video. You can pause a video on any frame and interact with text. Live Text also adds the ability to quickly convert currency, translate text, and more. 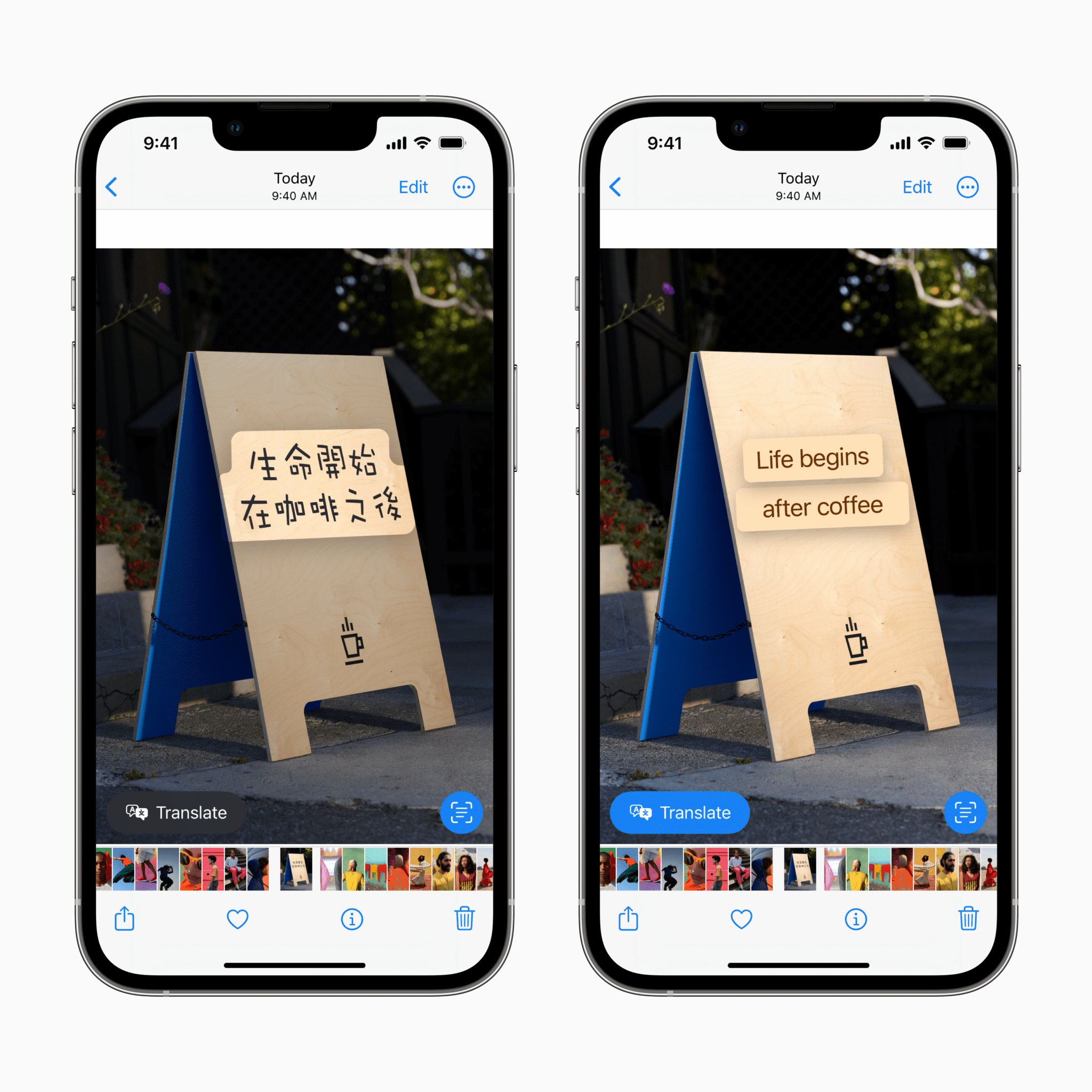