Apple unveiled their first iPhone model with satellite connectivity at the annual press event in California. Living up to the hype of the event’s “Far Out” theme, the new iPhone 14 includes the ability to connect to satellites in space for SOS emergency communications and location tracking. The new iPhone 14 models also include the typical array of new features like improved cameras, faster processors, and display enhancements, and even added a new car crash detection feature. In addition to the new iPhone models, Apple also announced new Apple Watch models and Airpods Pro 2 at the event.

The highlight of Apple’s event was the introduction of the new iPhone 14 and iPhone 14 Pro models. Both models include a new emergency SOS via satellite feature, which allows users to send a distress message and precise location to first responders when off the grid and out of reach of a land-based cellular network. 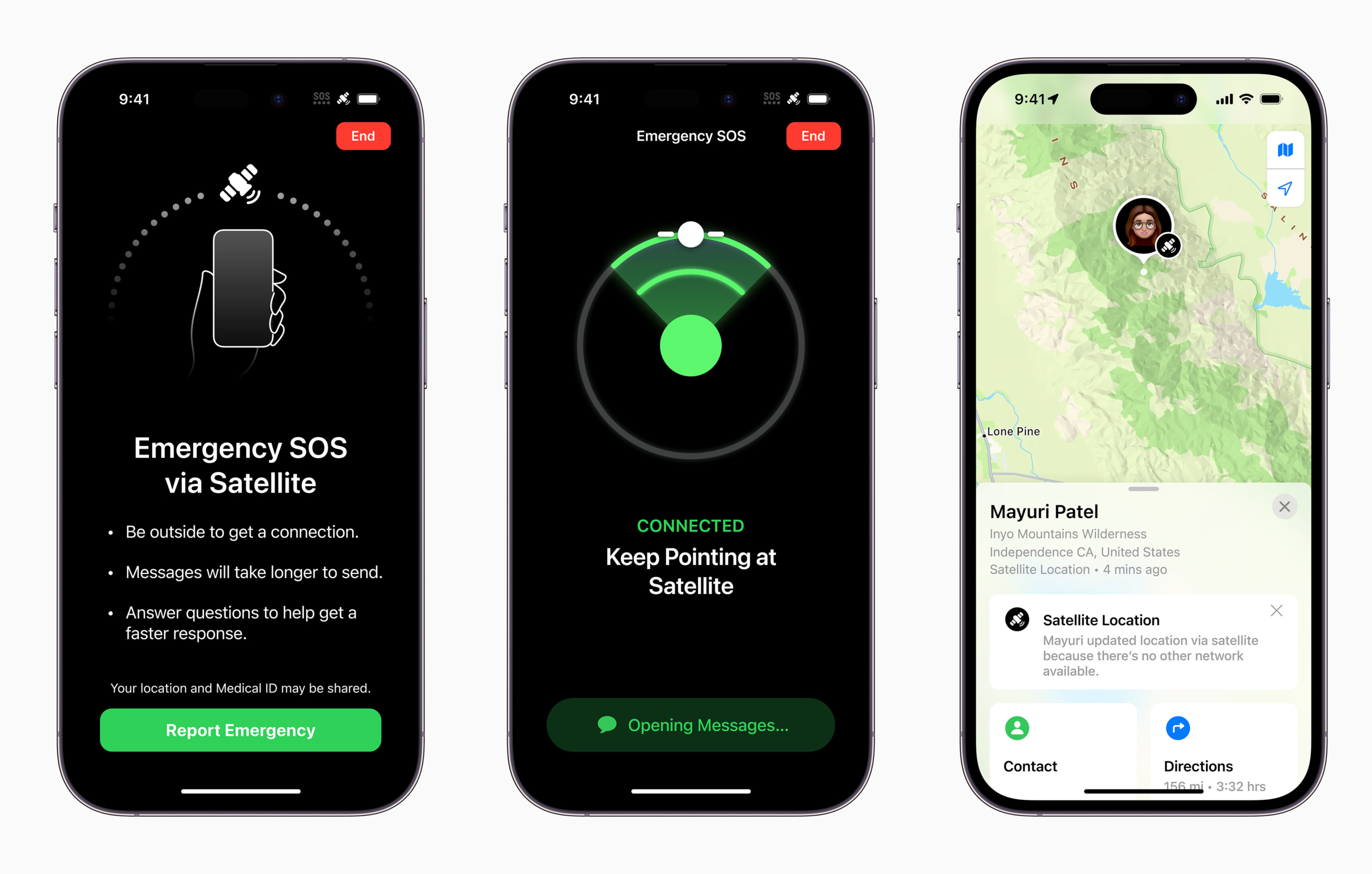 The new iPhone models incorporate a new antenna system designed to work with the Globalstar satellite network and provide a compelling reason for pilots to upgrade to a new iPhone. The main limitation of this feature is the data bandwidth and latency are very low, so it’s designed for emergency use only and you won’t be able to send regular messages or media to your 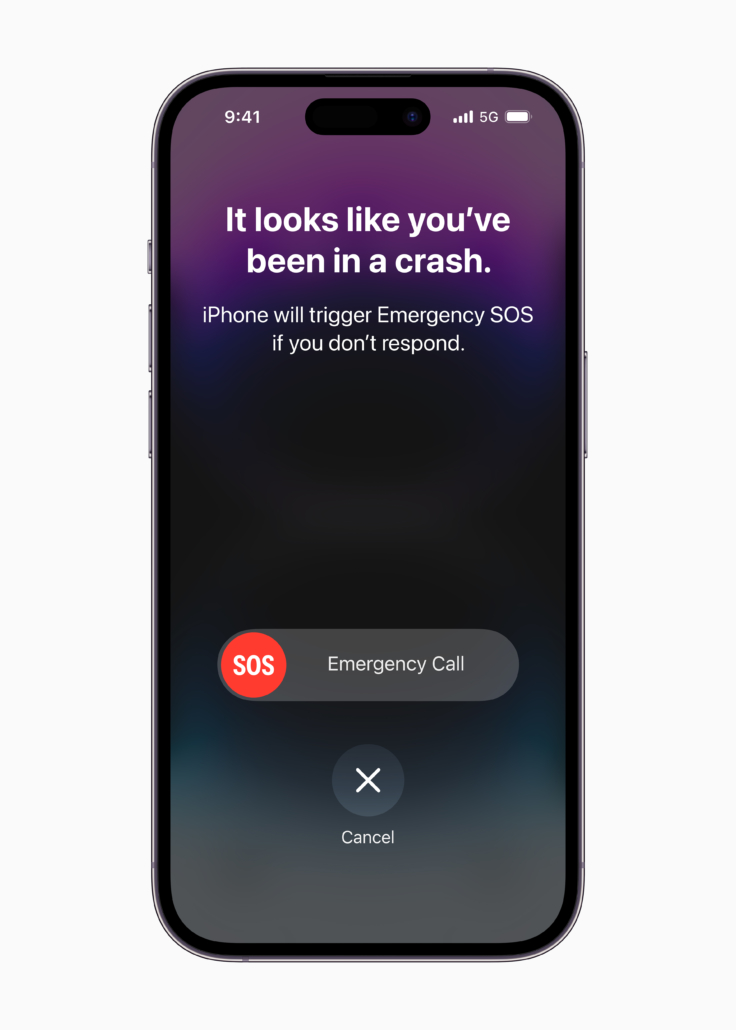 contacts. The one exception here is that you can send your location over the satellite network to other iOS or Mac users using the Find My app without triggering an emergency service request.

The system requires a clear view of the sky and in theory should work from an airplane cockpit with large windows, similar to a Garmin inReach or Spot satellite messaging device. The satellite communication feature will at first only be available to users in the US and Canada and is free to use for the first two years.

All of the new iPhone models also include a new vehicle crash detection feature. This uses a new accelerometer and gyroscope to detect a severe car crash and can automatically dial emergency services if you become unconscious or unable to reach your phone. Here’s the fine print on how this is designed to work from Apple:

If you’re like us, you might be thinking the combination of the new crash detection and emergency satellite SOS features sound a lot like an automatic ELT. While the crash detection would likely sense a high G-load event in an airplane, it’s unlikely that your iPhone would simultaneously have the necessary unobstructed view of the sky to make a satellite connection and alert first responders. This is still promising technology and the possibility of an automatic off-grid emergency response can’t be far away.

What else is new in the iPhone 14

The design and size of the iPhone 14 remain the same as the iPhone 13, and as in previous years, includes a nice set of core feature upgrades: 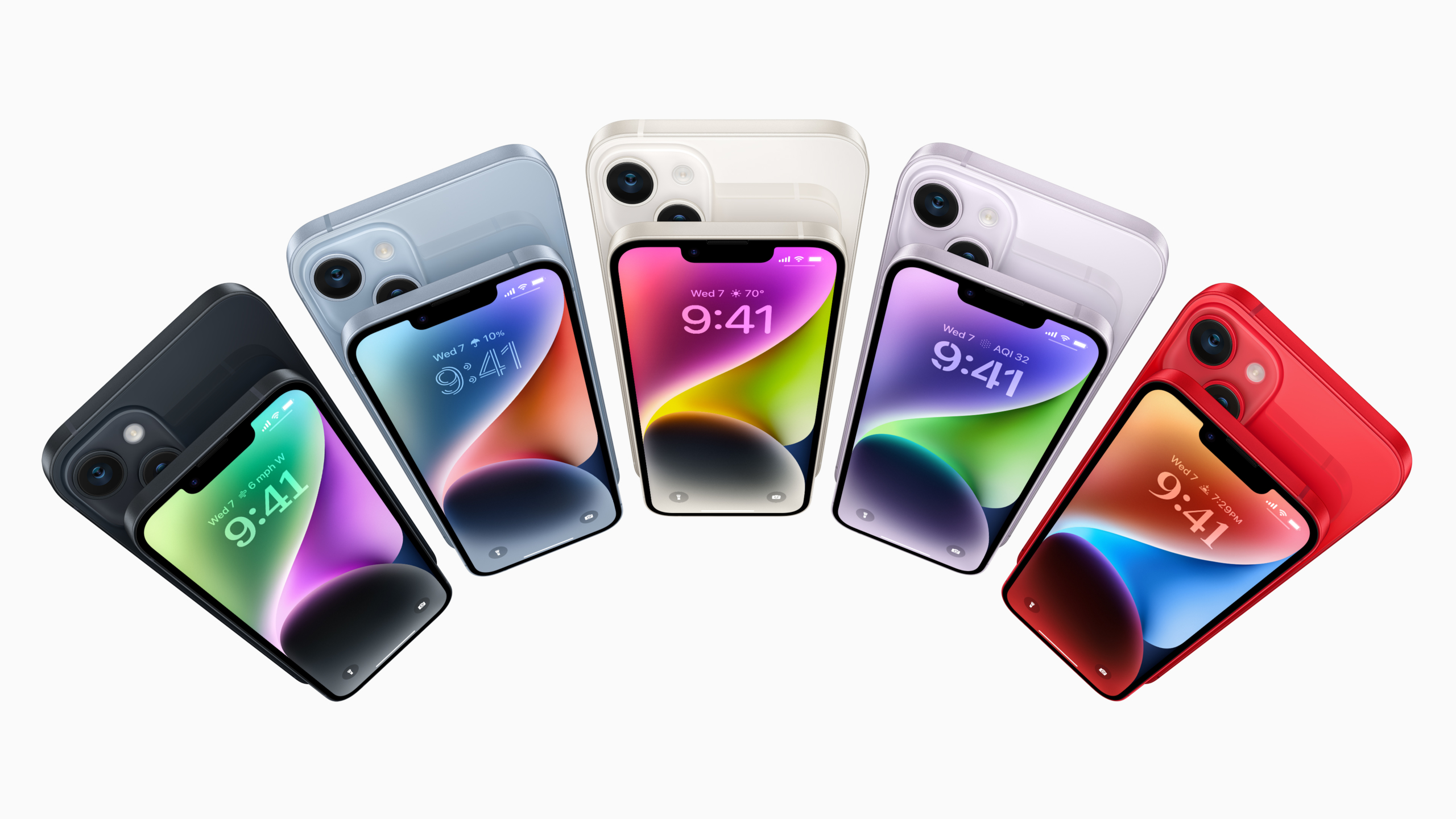 Apple started releasing a “Pro” series of iPhones several years ago, starting with the iPhone 11 Pro, which included higher-end features and improved cameras over the “regular” iPhone. This year is no exception, with the iPhone 14 Pro including both exterior design and display improvements compared to the iPhone 14. The first thing you’ll notice is that the “notch” at the top of the screen, which houses the front camera and sensors, has transitioned into a floating oval design. The new design takes up less space, but also allowed Apple to introduce what they’re calling the Dynamic Island.

In something only Apple could pull off, they’ve taken what some might consider an eyesore on the front and turned it into a feature that can dynamically scale up and down to show app-relevant data in a mini dashboard display. Ongoing background activities like Maps, Music, or a timer remain visible and interactive at the top and third-party apps in iOS 16 that provide information like sports scores and ride-sharing with Live Activities.

Apple also made significant and meaningful improvements to the main screen, which go far beyond an arbitrary increase in the number of nits of brightness or the ability to display billions of new colors. The display is two times brighter than the iPhone 13 Pro and includes always-on functionality, similar to the Apple Watch. This allows the display to drop down to an energy-efficient 1Hz refresh rate and continuously show the time, widgets and live activities without having to wake it up by tapping or raising the screen first.

The size and form factor of the iPhone 14 Pro is the same as the iPhone 13 Pro and the upgrades over the iPhone 14 are primarily focused on improvements to the camera system:

Apple will be releasing the new iOS 16 software update on September 12. This will be for iPhone only, and the iPad-specific iPadOS 16 will be available later in October.