2021 has been another busy year at ForeFlight, with the company consistently delivering a major update at least once per month. While this month’s release contains a few new features, it mostly focuses on visual updates for existing features in the app.

Data-driven aeronautical maps have become the new standard in today’s aviation iPad apps. These offer nearly all the same content and information as Sectionals and IFR En Route charts but are displayed in a scalable format that is much easier to read and interpret across all zoom levels. They are interactive too, allowing you to tap on features like airspace, airports or obstacles for more information.

The dynamic nature of ForeFlight’s Aeronautical Map layer lends itself to continuous updates too, since they are not limited to the symbology found on static FAA charts.

In the latest update, glider and balloon fields in the U.S. are marked on the map using magenta icons containing the letters G and B, respectively. These can be toggled on or off using the Other Fields map setting. 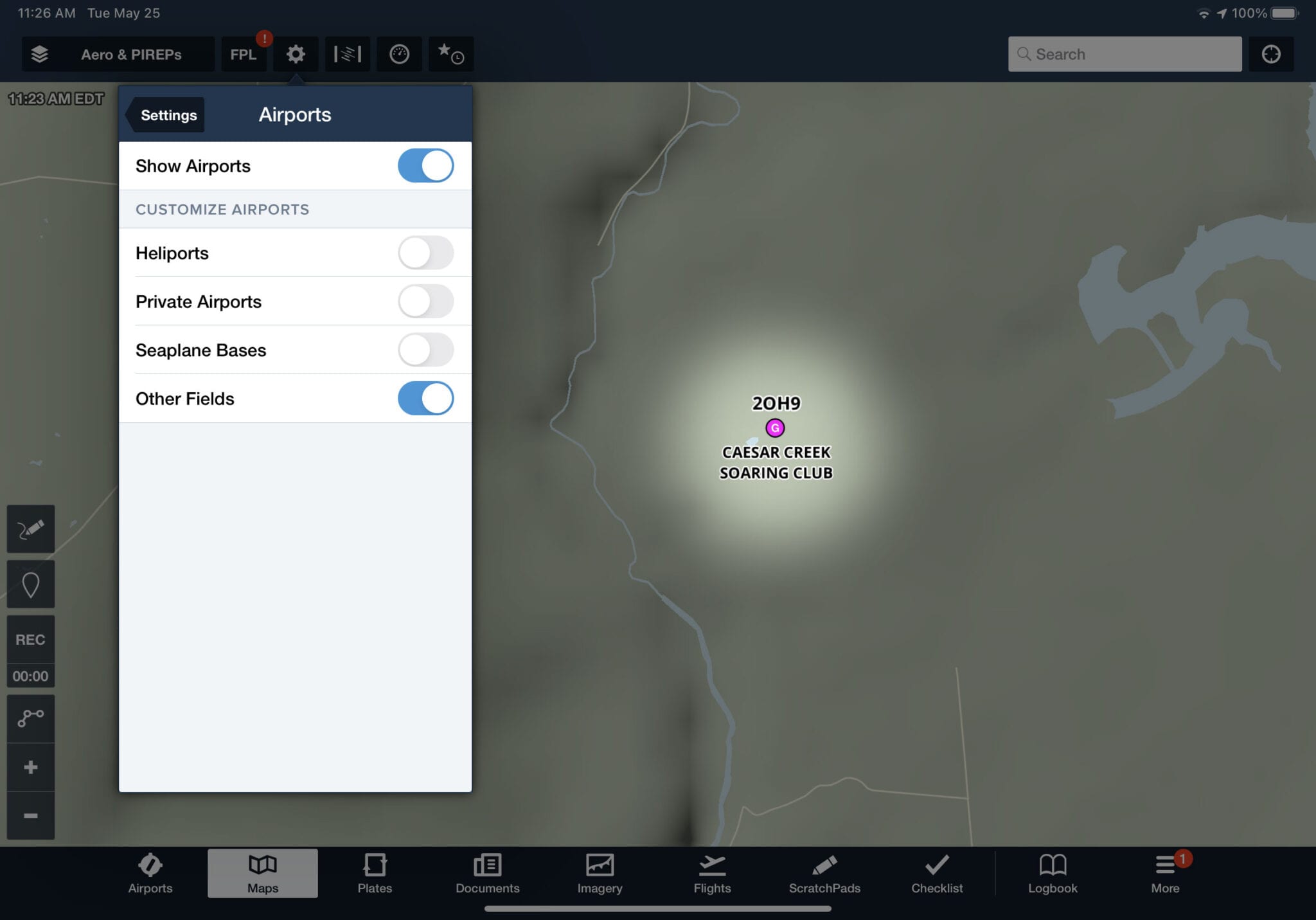 TACAN navaids, which are primarily used by the military, were updated to use a similar icon as VORTACs. 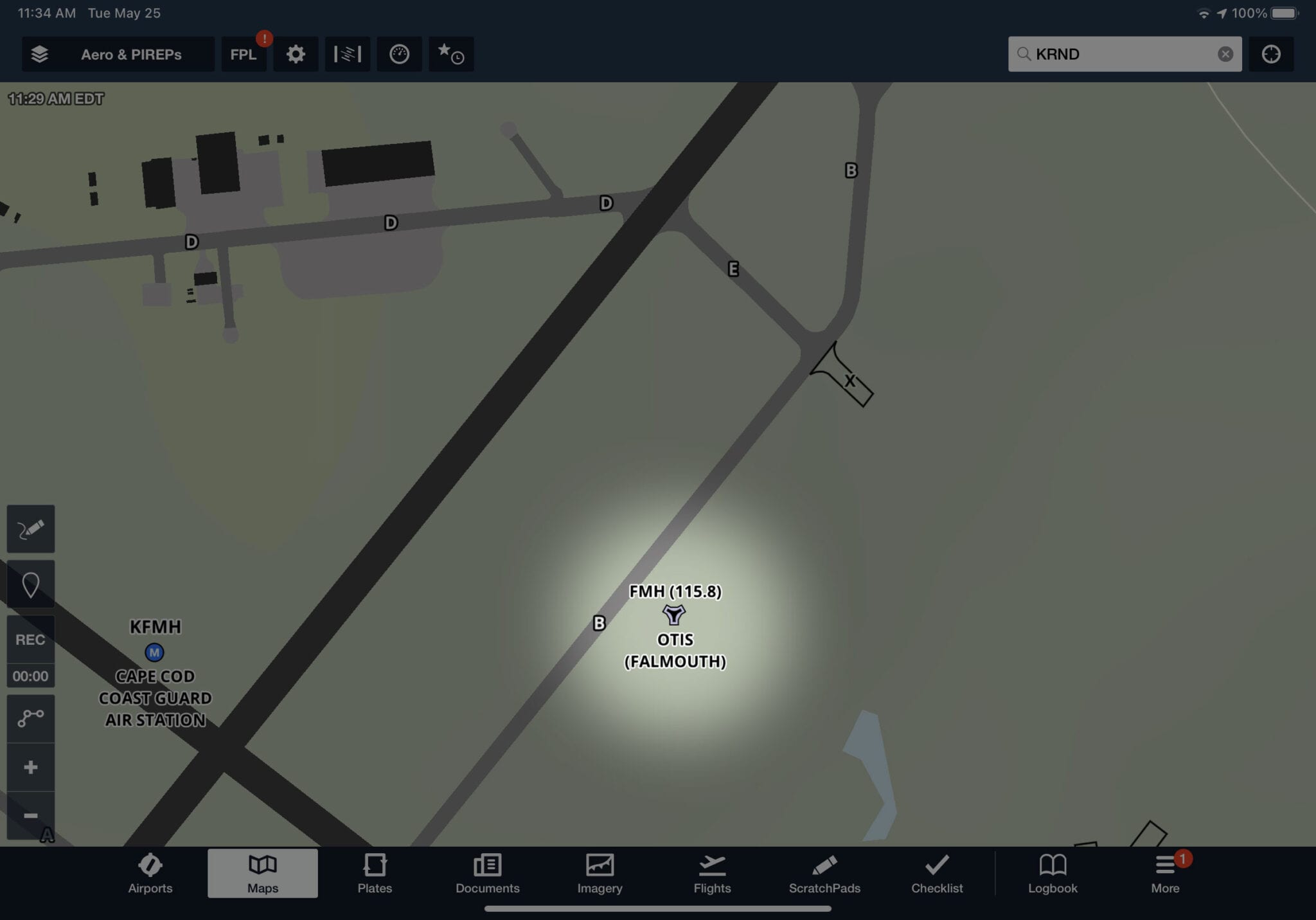 Performance Plus subscribers have access to several 3D views in the app, useful for an alternate perspective of the airport layout, flight plan and en route weather. The update here is strictly a visual enhancement, adding sunlight reflections on ocean water, subtle improvements to the sky’s coloring, and more. 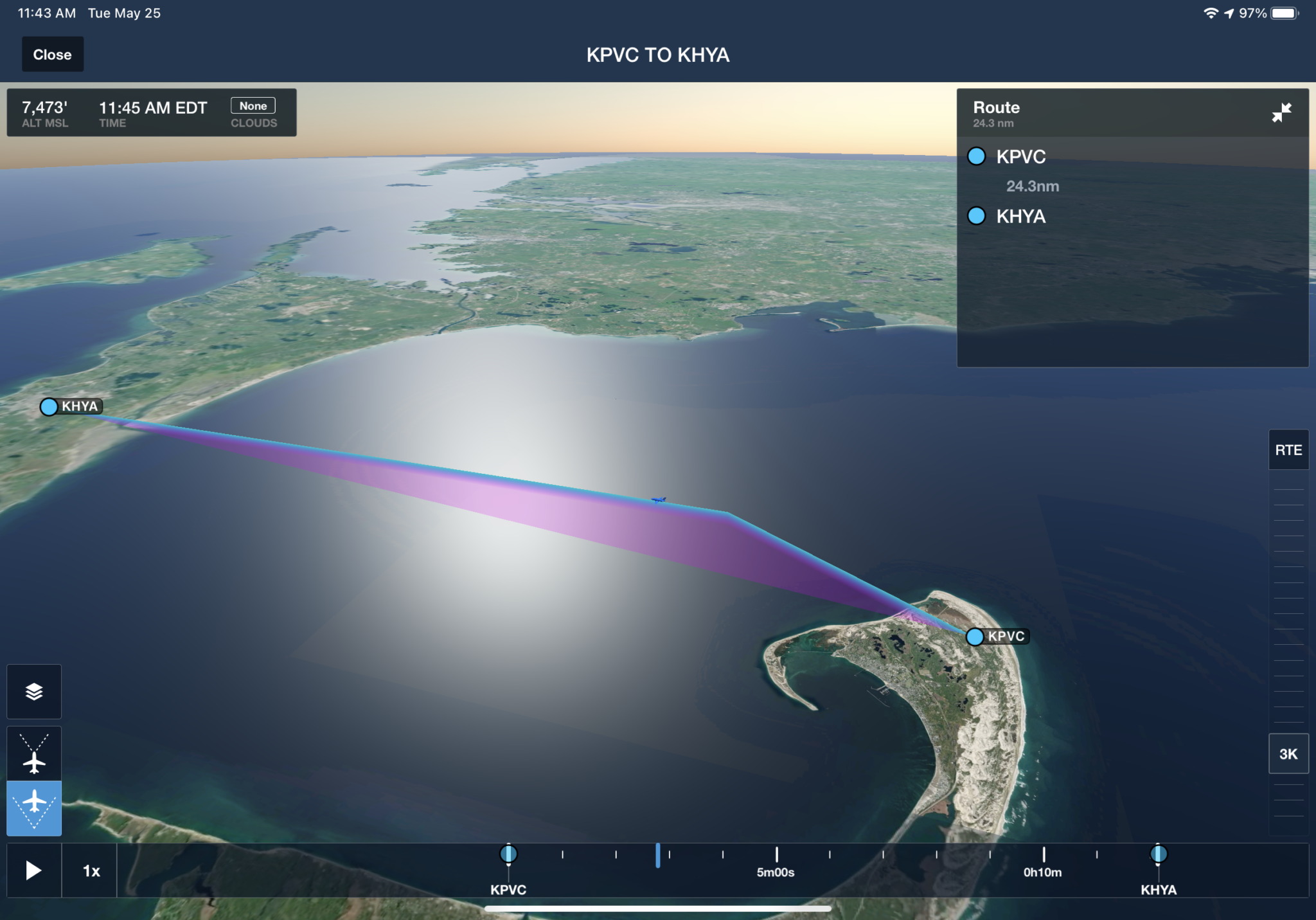 ForeFlight updated the appearance of the Synthetic Vision button for Pro Plus subscribers to differentiate it from the adjacent Instrument Panel button. The functionality of the button remains the same.

ForeFlight’s optional Runway and Obstacle Analysis feature launched a few months back with support for just a few jet airplanes in the initial release. ForeFlight added several new profiles with the latest update, including Textron’s 680A Latitude, Gulfstream’s G550, G650, and G650ER, and two variants of Bombardier’s Global 6000. 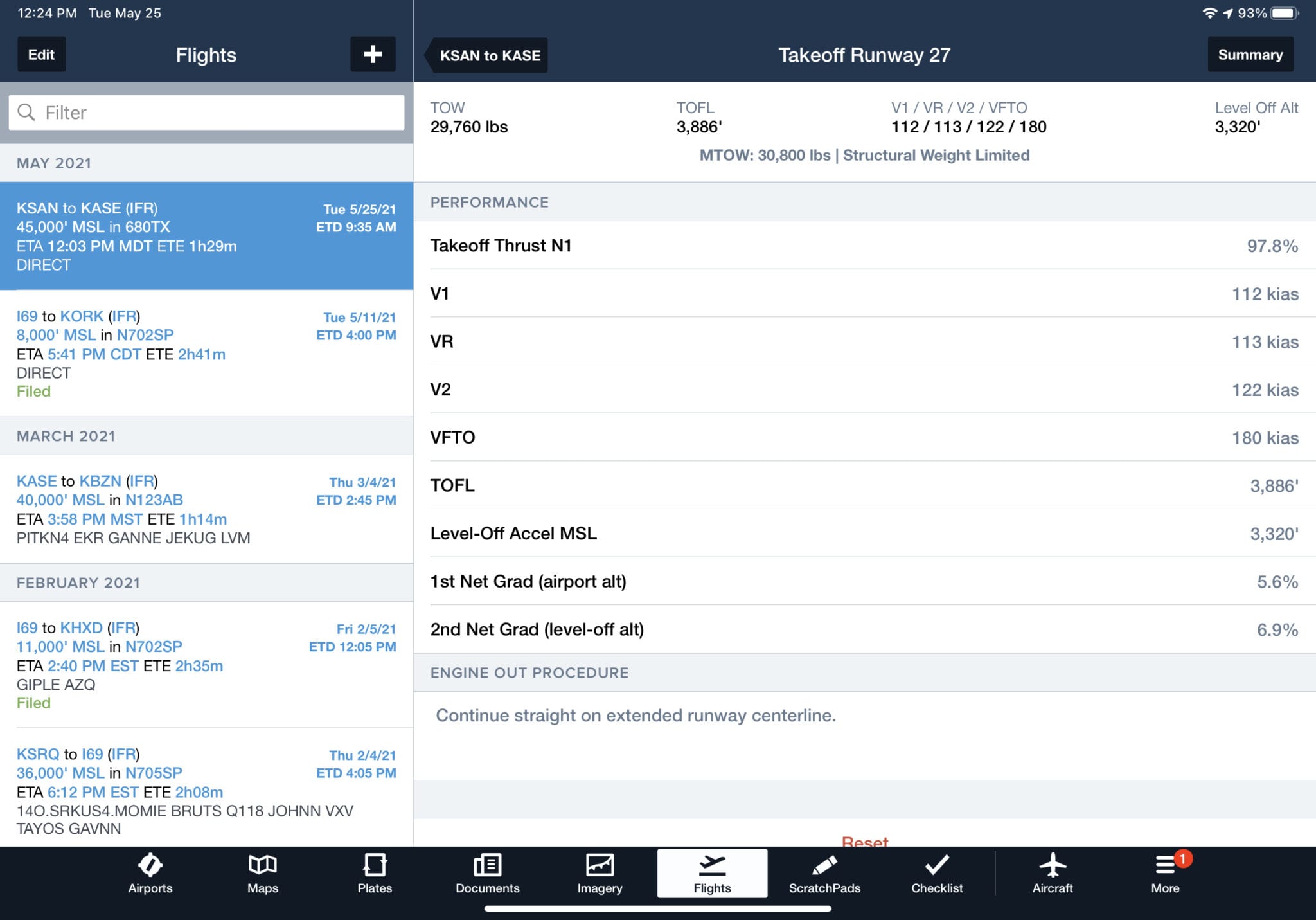 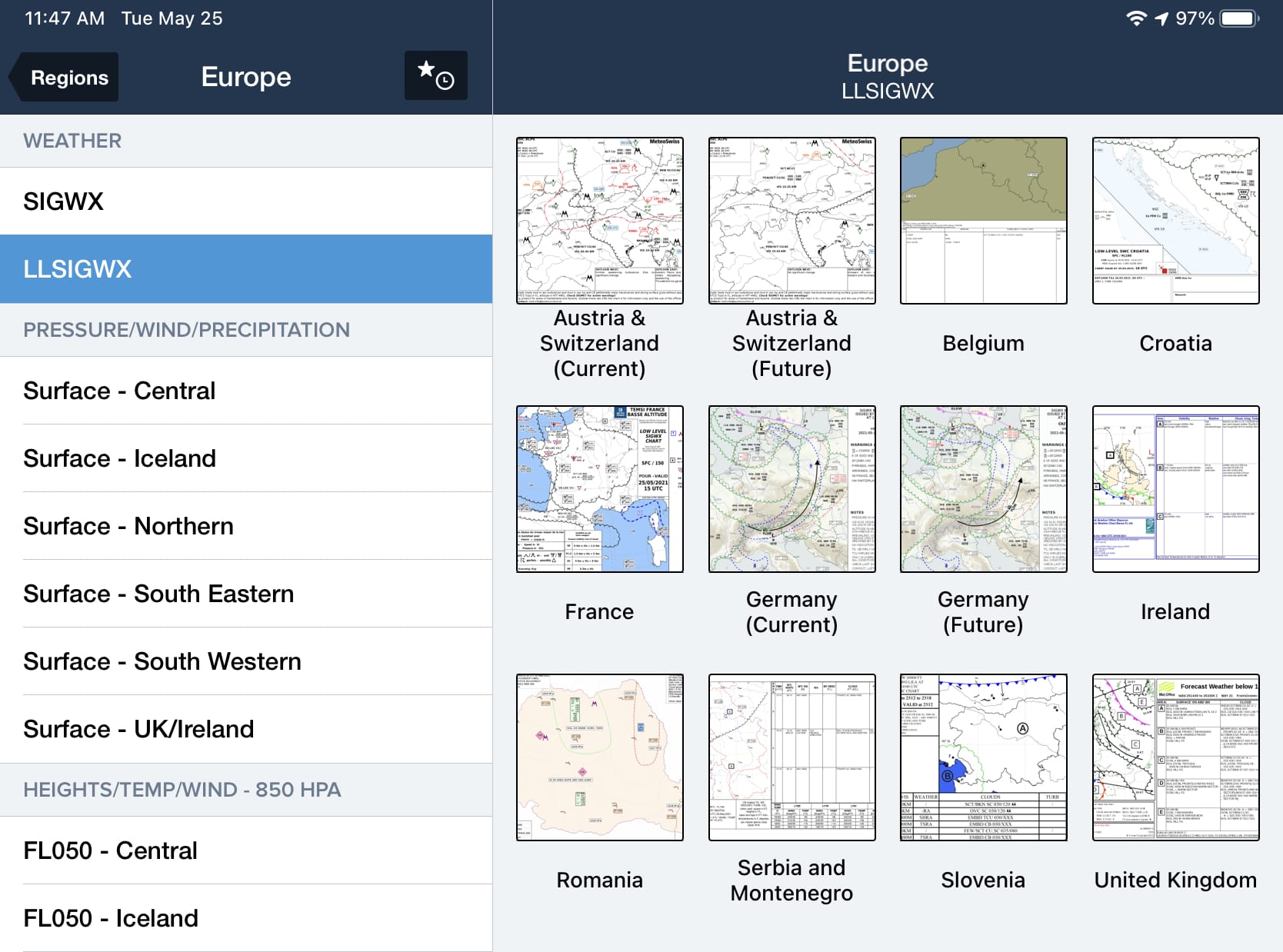 ForeFlight created the Content Pack concept to allow pilots and developers to create custom content that can be displayed on the moving map and in the Airports section of the app. For example, Sporty’s recently created a content pack with information about flying into its home airport and things to do in the local area: Sporty’s Content Pack (click on this link from an iPhone or iPad with ForeFlight installed). After installing the data, you’ll see new guides in the Airports section for I69, the Clermont County Airport in Ohio, in the Procedure > Airport section. 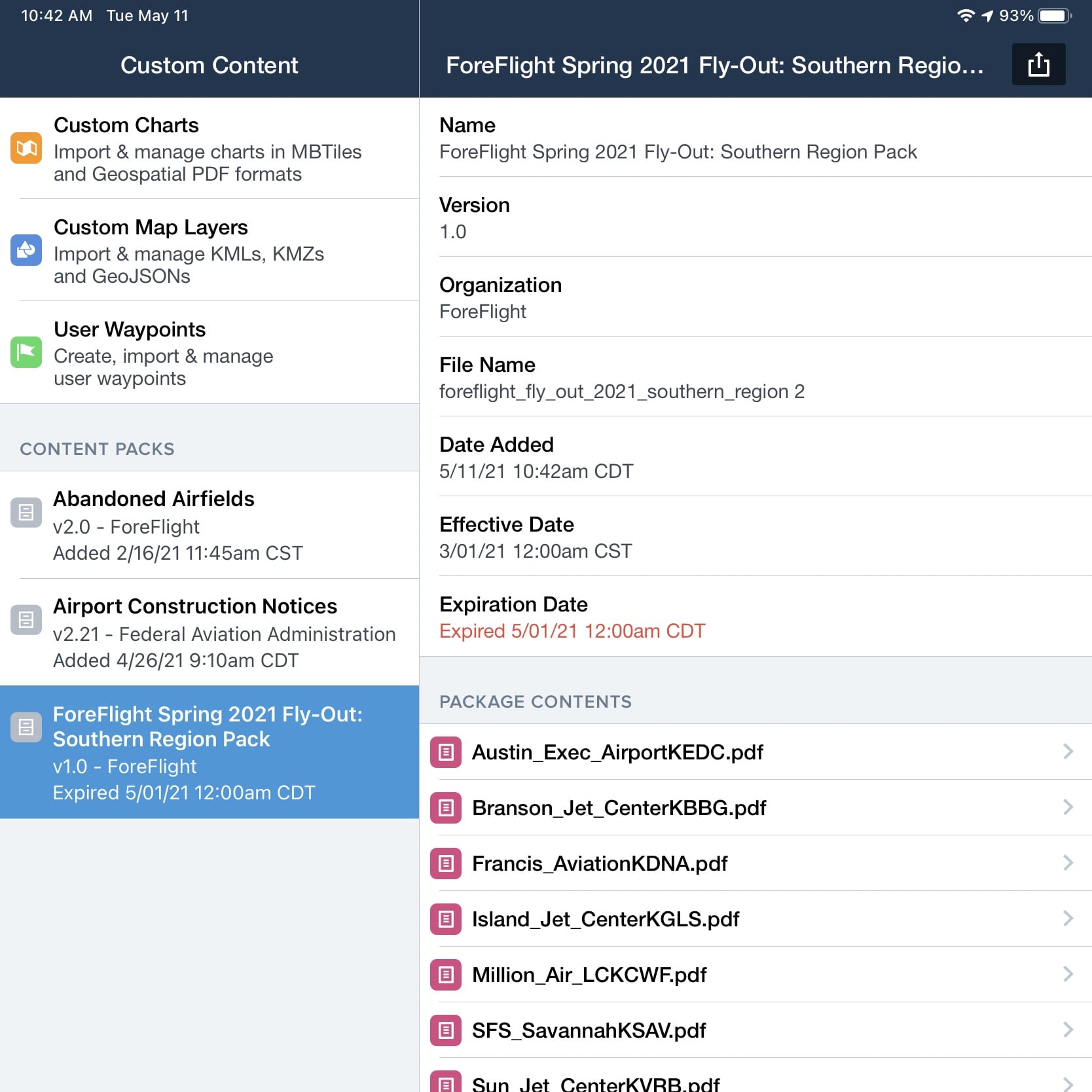