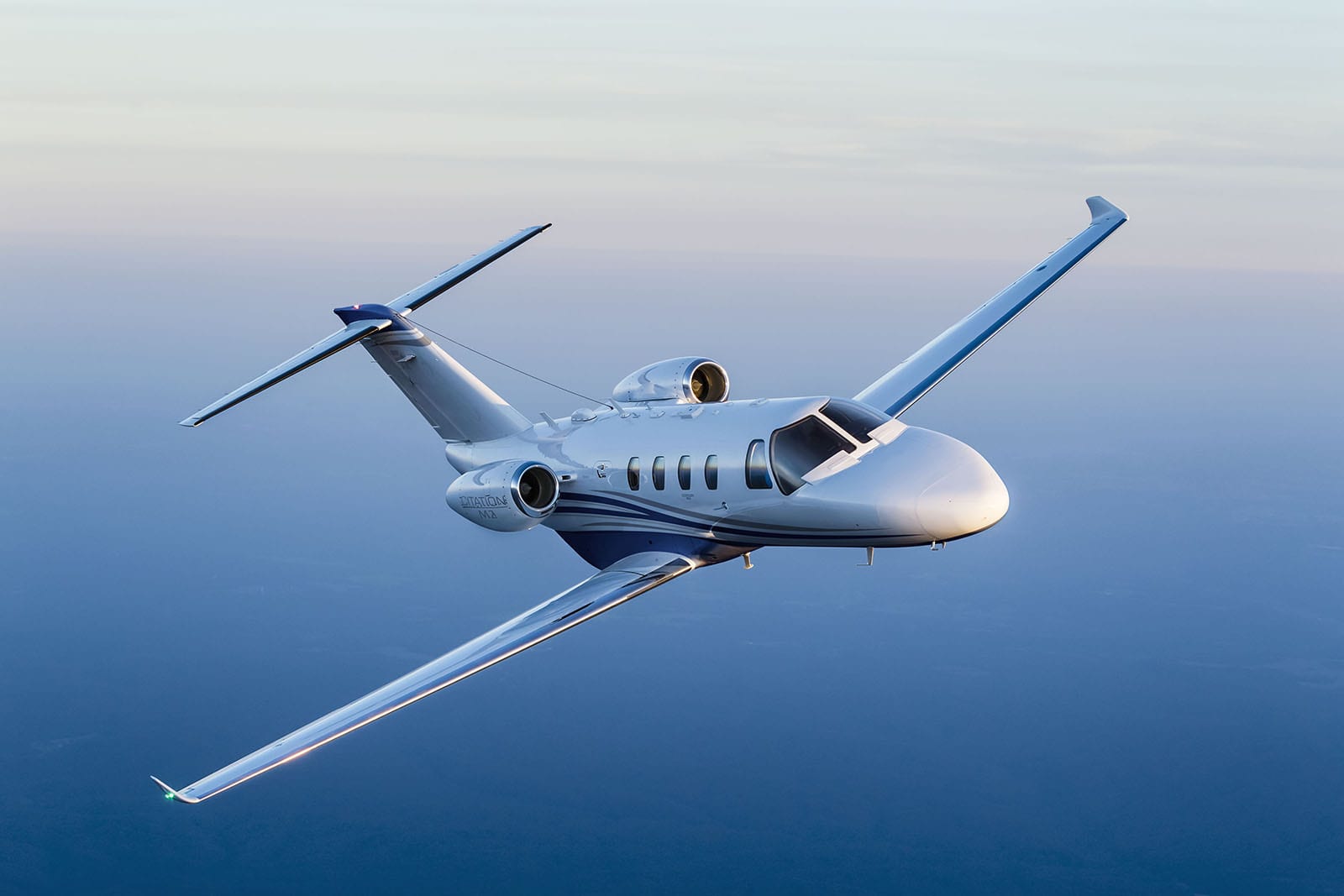 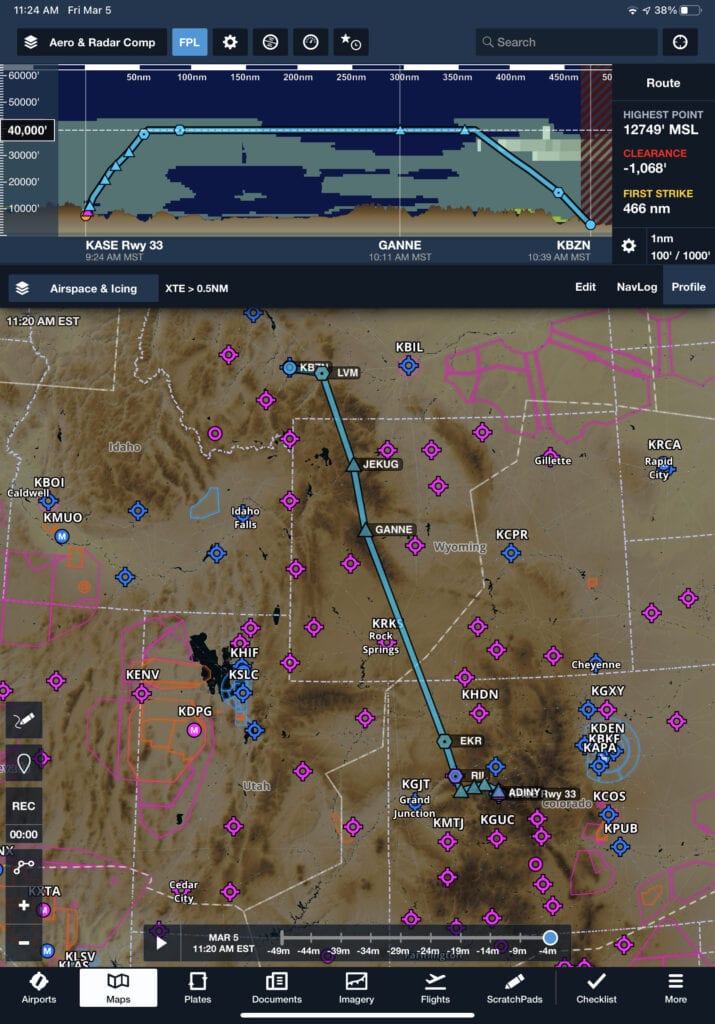 Preflight performance planning is a task we all perform routinely before every flight, but thankfully the iPad and apps like ForeFlight can automate everything from takeoff distance to fuel planning. Pilots flying with ForeFlight’s Performance Plus plan have access to hundreds of detailed aircraft performance profiles, allowing the app to accurately compute all of these calculations based on data from each model’s POH and real-time weather.

The planning process for a jet is a bit more involved compared to that required for most piston airplanes. It requires additional takeoff and landing calculations, along with contingency planning in the event one of the engines fails right after takeoff. To make this task easier, ForeFlight recently introduced a new Runway Analysis feature, which streamlines these tasks for pilots flying twin-engine jet airplanes.

In addition to calculating takeoff and landing distance, ForeFlight can now compute N1 takeoff thrust, V1/VR/V2/VENR speeds, custom RNAV engine-out procedures and emergency return planning data. Maximum allowable takeoff weight for the day is also determined based on a wide range of limiting factors, which is a huge time-saver.

For the first release, ForeFlight offers profiles for 6 jet airplanes: Citation Mustang/M2/CJ3/CJ3+/CJ4 and Citation XLS+. To use this feature you’ll need a ForeFlight Performance Plus subscription, which will then allow you to purchase access to one of the jet models. ForeFlight priced the runway analysis feature very competitively, and pilots familiar with competing online preflight services will find the total ForeFlight package to be a great value. 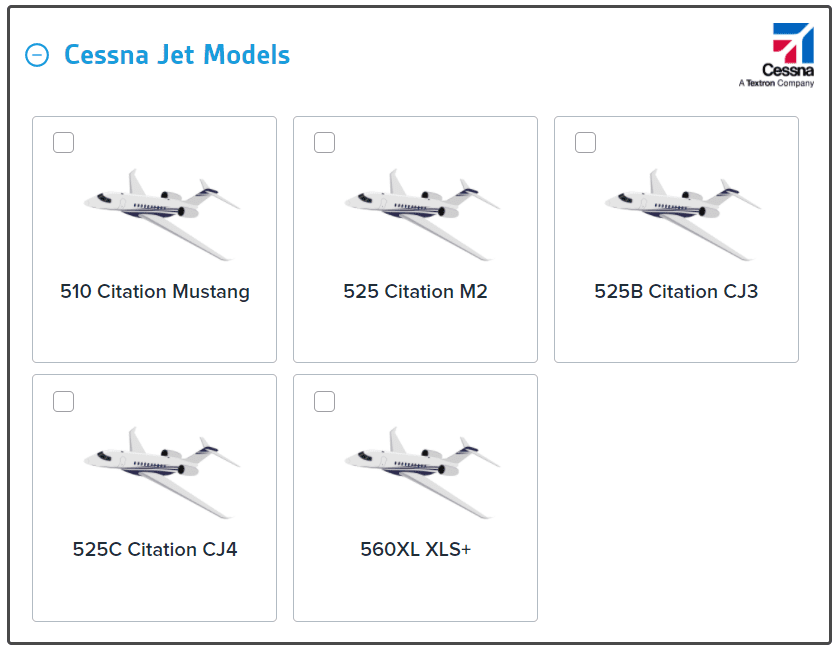 Getting Started with Runway Analysis 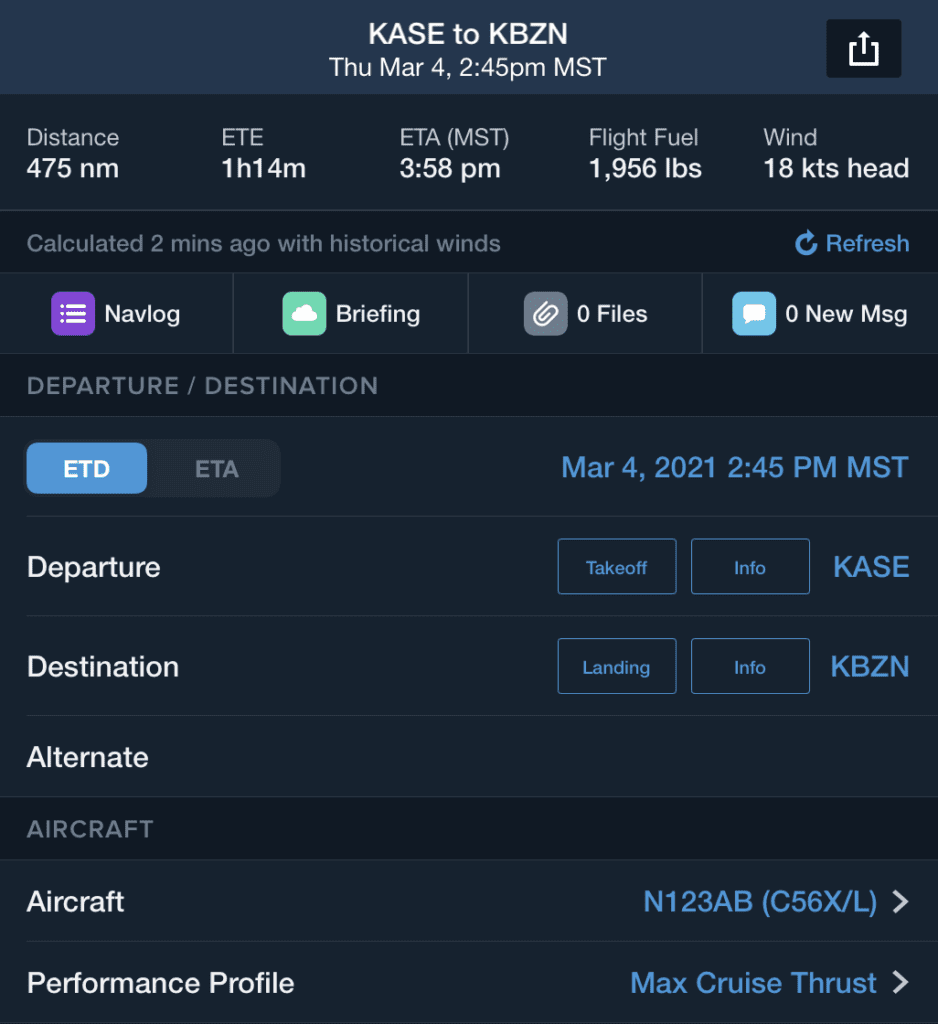 ForeFlight integrated the new jet performance planning feature in the Flights section of the app, which fits nicely in the existing preflight planning flow. After entering the departure and destination airports, you’ll see the familiar Takeoff and Landing buttons to the left of the airport IDs. Before jumping right into these expanded calculation pages, you’ll first want to enter all the flight details, including route, cruise altitude, fuel and planned weights, which are all required for the advanced performance calculations.

Now head back to the top of the Flights screen and tap the Takeoff button to view the performance planning screen. Select the departure runway from the top field and within seconds ForeFlight will calculate all the performance numbers. The key numbers are listed at the top, including takeoff field length, V-speeds and emergency level off altitude. 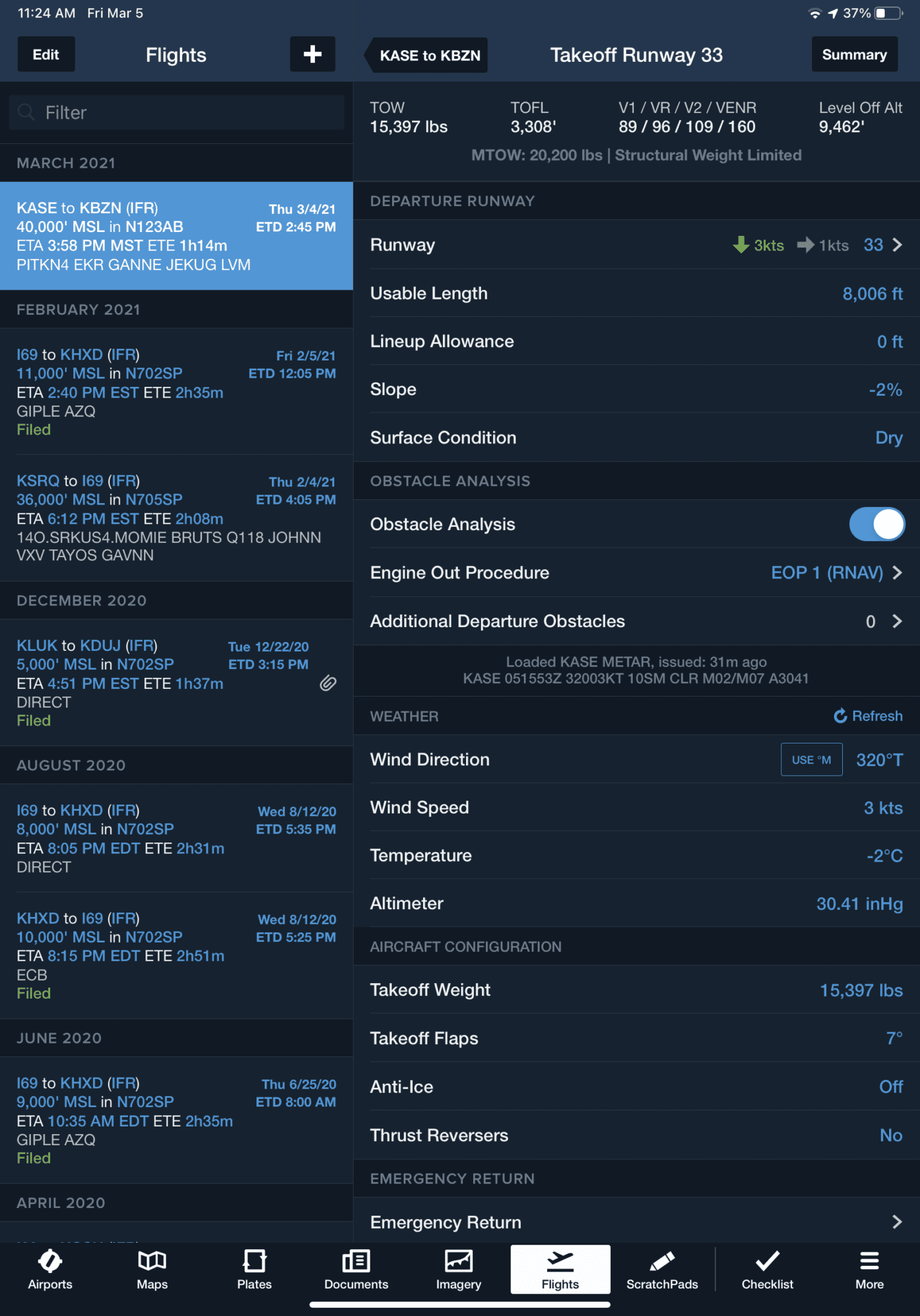 You’ll also see MTOW, which stands for Maximum Takeoff Weight, listed just beneath these values. This is a critical number that will be different on every flight depending on the conditions of the day and the surrounding environment is often less than the published maximum takeoff weight published in the flight manual. It could be limited after analyzing obstacles along the departure path, runway length (factoring in an engine failure before V1), climb limitations, brake energy, tire speed, VMC or simply the max gross weight of the airplane. In many planning scenarios, this calculated value can be used to work backward to determine how many passengers you can carry, your ability to carry extra fuel or determine the max ambient temperature permissible for takeoff when operating from shorter runways.

Towards the bottom of this screen, you can also manually adjust the takeoff weight, takeoff flap setting and other variables unique to your airplane model. This saves a lot of time when working through different planning scenarios when departing from shorter runways or from airports surrounded by hills or nearby obstacles. 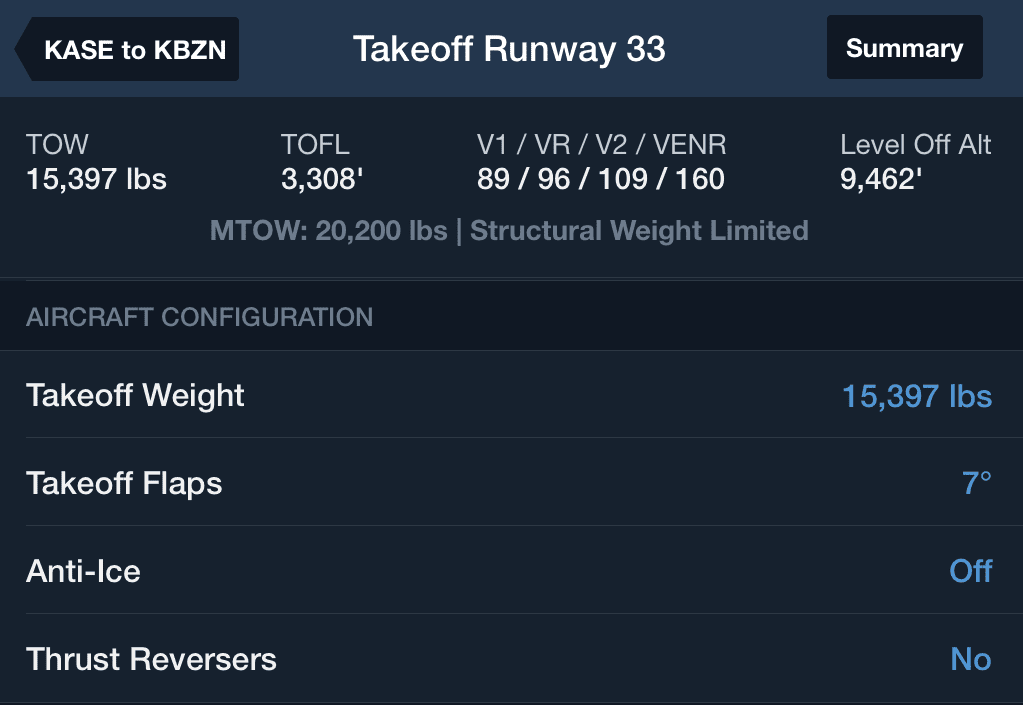 The next step in the planning process for jet pilots is to determine optimum speeds, minimum altitudes and an obstacle-free departure path should one of the engines fail right after takeoff, resulting in significantly-reduced climb performance. This is where the computed V2 and VENR speeds come in handy, along with the level-off altitude shown at the top of the screen.

The level-off altitude is a key number that needs to be briefed before the takeoff and represents the target altitude (in MSL) that you would need to reach to clear all obstacles if an engine quits right after takeoff. ForeFlight automatically computes this based on an analysis of surrounding terrain and obstacles around the departure airport.

From a practical perspective, a pilot taking off from a 10,000′ runway in the middle of the flatlands of Kansas has a lot less to worry about during an engine-out scenario, since a straight-out to climb to the level-off altitude will likely be free and clear.

Head further west and plan a flight out of a ski resort town in the middle of Colorado and your options are quite limited if an engine quits and your climb rate is significantly reduced. When operating at mountainous airports, pilots flying twin-engine jets will often have an alternate procedure ready to fly as a backup, often point-to-point through valleys and along gently sloping terrain.

This alternate Engine Out Procedure (EOP) can allow pilots to potentially depart at a heavier takeoff weight or in warmer temperatures, knowing there’s an “escape path” available in the unlikely event an emergency arises and terrain would interfere with the standard departure route. 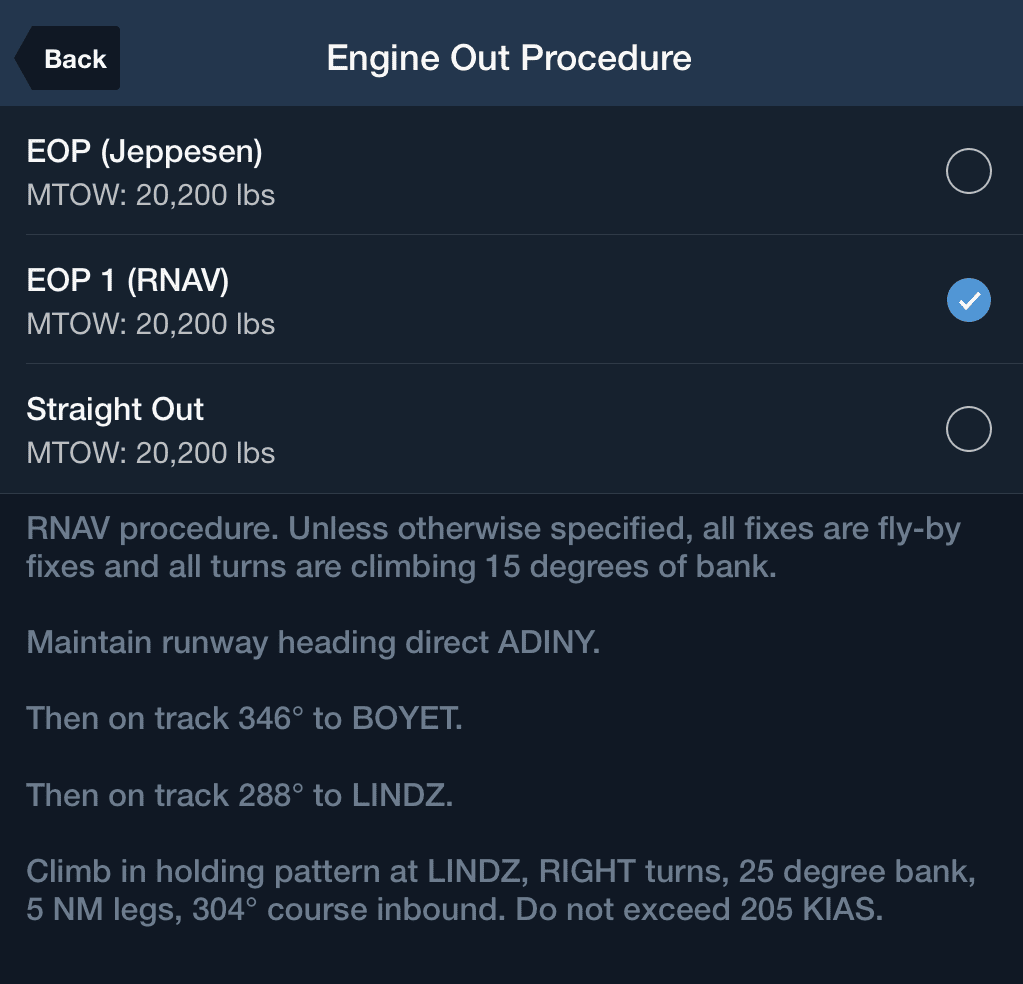 In addition to including EOP’s from Jeppesen’s database, ForeFlight went a step further and created its own custom EOPs. The big advantage of the new ForeFlight EOPs is that they are based on RNAV waypoints, instead of traditional VOR radials and DME in the Jepp procedures. You’ll find the Obstacle Analysis and EOP data just below the Departure Runway section of the Runway Analysis screen for airports where this is offered.

The last contingency planning element included on this screen is Emergency Return performance data. This provides VAPP/VREF speed and landing distance calculations should an immediate landing be required at the departure airport based on the takeoff weight of the airplane loaded with full flight fuel. 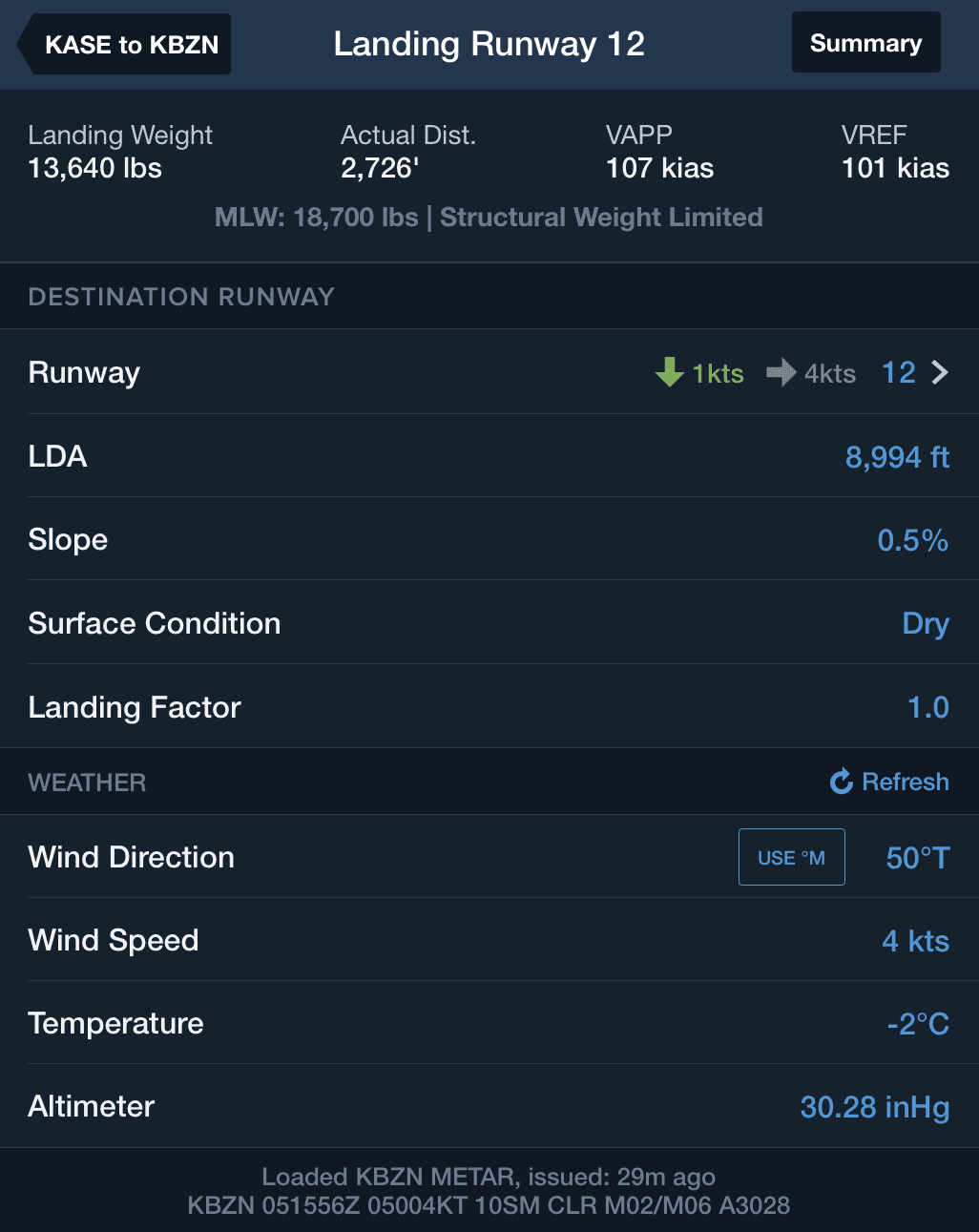 From either the Takeoff or Landing screen, you can view a complete summary displaying all the performance data in one location from the Summary button at the top right of the screen. You can attach this as a document to a Flight, or share it via the traditional iOS sharing methods. For more information on ForeFlight’s new jet runway analysis feature, check out ForeFlight’s full tutorial here. 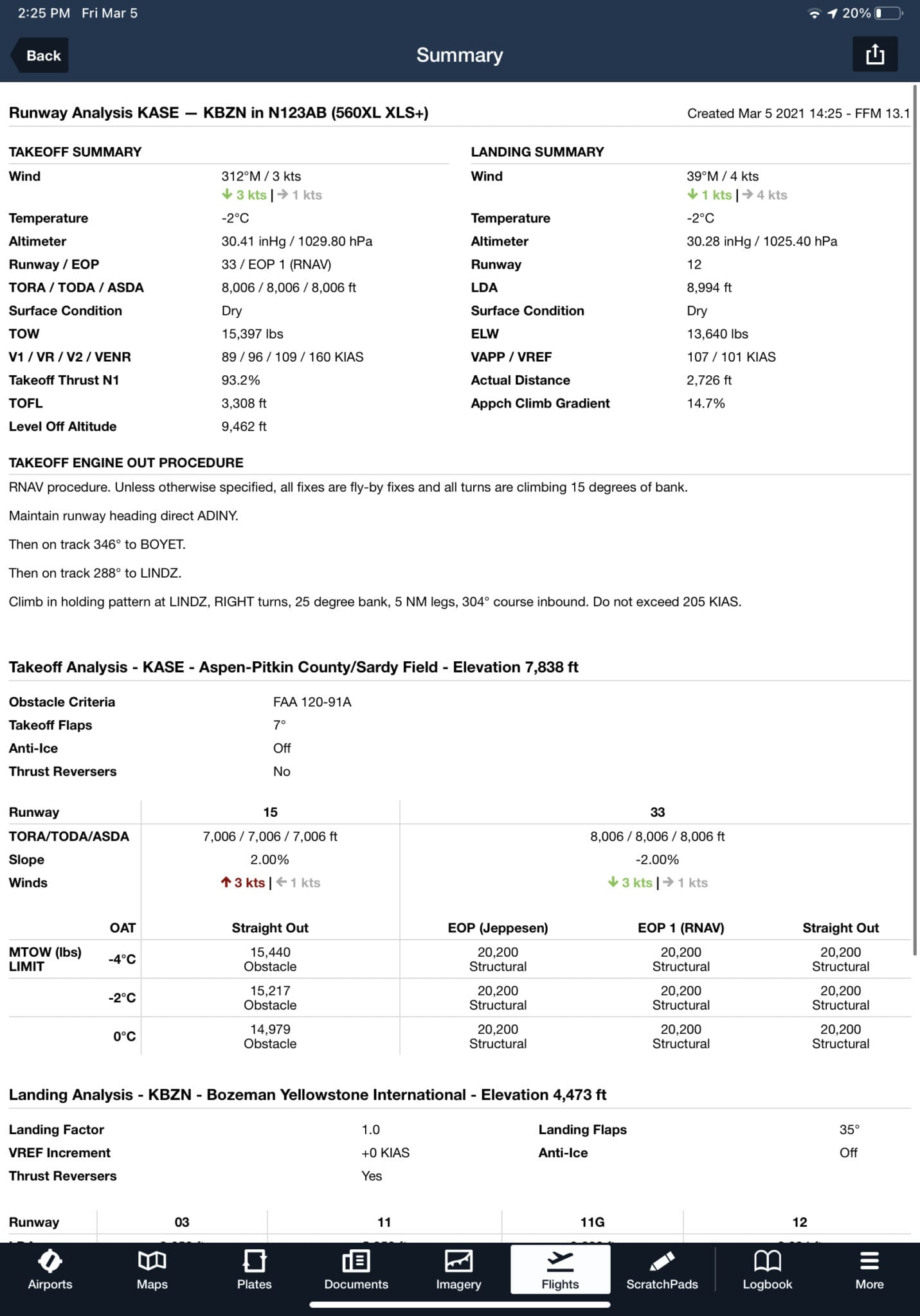 How to use all of Garmin Pilot’s traffic features