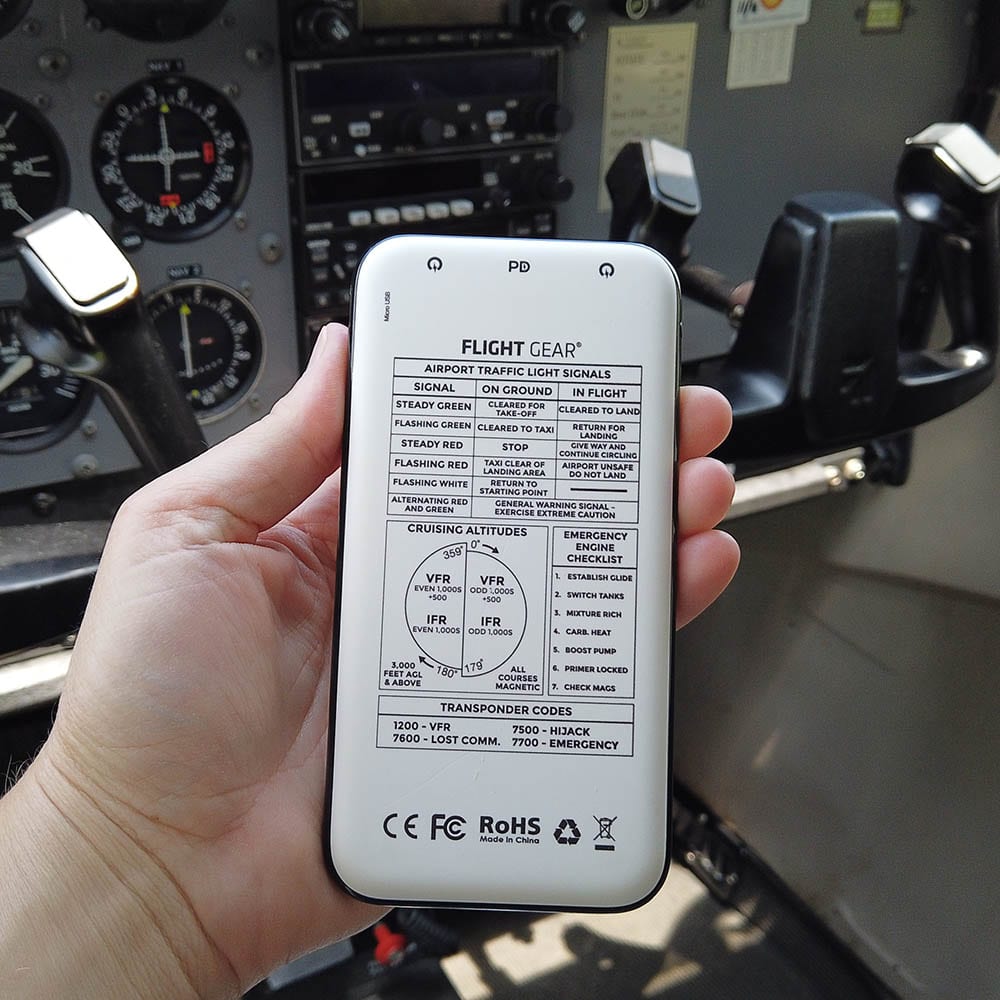 Between iPads, iPhones, ADS-B receivers, and GoPros, there have never been more devices to keep charged in the cockpit. Some of these are mission critical (iPad) and some just have short battery lives (GoPro). A smart pilot will always fly with some type of backup power, whether it’s a cigarette lighter plug or a self-contained battery pack. We like to fly with both, actually. 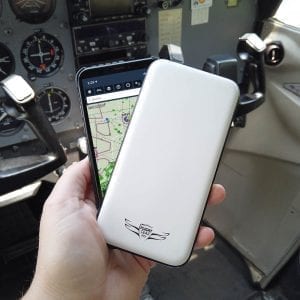 The new Small Flight Gear Backup Battery is about the size of an iPhone X.

Last year at Oshkosh 2018, Sporty’s introduced a handy battery pack that is specifically made for pilots. We loved it from the start and we’ve carried it on every flight for over a year. It has a huge capacity, flexible charging options, and helpful aviation reference information. The only (minor) complaint we had was its size – while perfect for an iPad and an ADS-B receiver, it was a little too big if you just wanted to charge your iPhone.

Now there’s a new option that addresses that need – the Small Flight Gear Backup Battery. This features the same pilot-friendly design, but at roughly half the size and half the price. The overall case measures 5.75” x 3 x 0.5” and weighs about half a pound. It’s almost exactly the same size as an iPhone X, the perfect size to take along on any trip. It will even fit back-to-back with your iPhone in a front pants pocket.

Like its big brother, this new battery pack has flexible charging options so you don’t have to carry a unique cable around just to keep it charged up.

Charge the battery pack with (IN):

Charge your devices with (OUT): 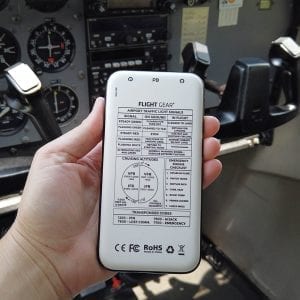 The back of the Backup Battery includes helpful aviation reference information.

All three of these plugs are high amp output (2+ amps), so you can run two iPads or an iPad and a weather receiver at the same time. This is a minor point but a critical one – most cheap battery packs do not support multiple high amp devices.

The other important feature we look for in a battery pack for the cockpit is safety and reliability. We’ve flown dozens of flights with this battery pack and have never had interference with the onboard avionics. It also has a number of built in protections against: