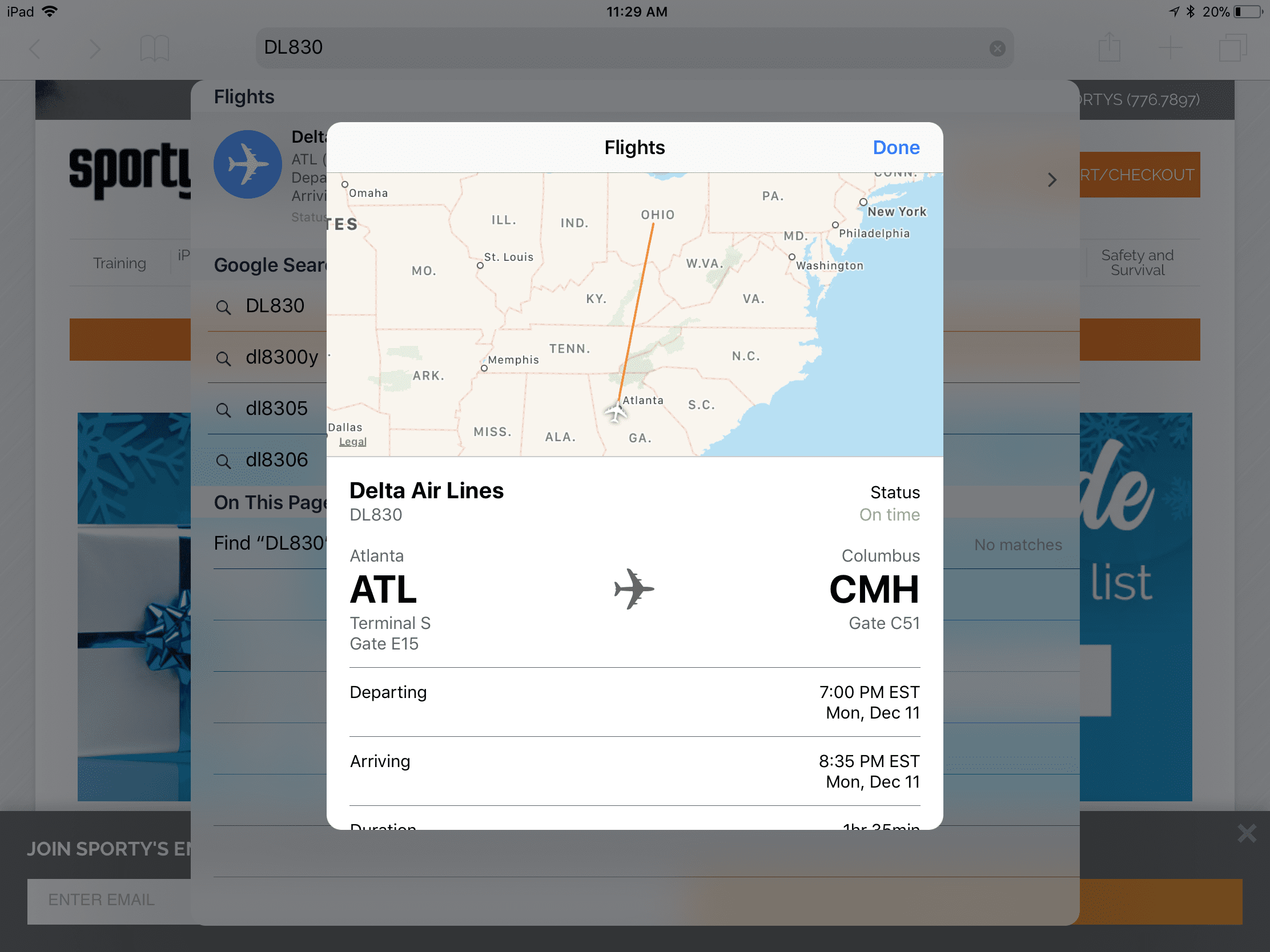 Apple’s latest major iOS update has been out for several months now and has been installed on over 59% of the devices in use. This year’s transition to the latest iOS has been a smooth one for the most part, with just a few small hiccups along the way. Apple has fixed most of the issues reported since then with several incremental updates, leading to the current version of iOS 11.2 (follow our iOS Update Green Light status page for update recommendations).

We covered the major iOS 11 features back in September when the update first launched, along with an in-depth look at the new screenshot feature in a follow-up article, but there are literally thousands of other updates and tweaks included with iOS 11. Some are as small as reorganizing the location of a few controls in the Settings app, but there are others hidden in the update that you might actually find useful. Here’s a look at several new features to check out after digging deeper into iOS 11.

There are times you may want to save the information from a website for offline viewing, such as arrival procedures for airport fly-in or airshow, so that you can access the instructions in flight. We’ve previously recommended taking screenshots of the website, which will save the content from the web page as a series of pictures, but this can be messy for lengthy web pages that could require 4 or 5 screenshots to save all the content.

In iOS 11 you now have a better option with a new feature that allows you to save websites as PDFs. When viewing a web page in Safari, press the Send-To button at the top right of the screen, and choose the Create PDF option. This will load a new view showing the PDF – tap the Send-To button again to choose a location to save the PDF file. You could choose the default Files app, or if you’re flying with ForeFlight, choose that option and the PDF will be automatically added to the Documents section of the app. 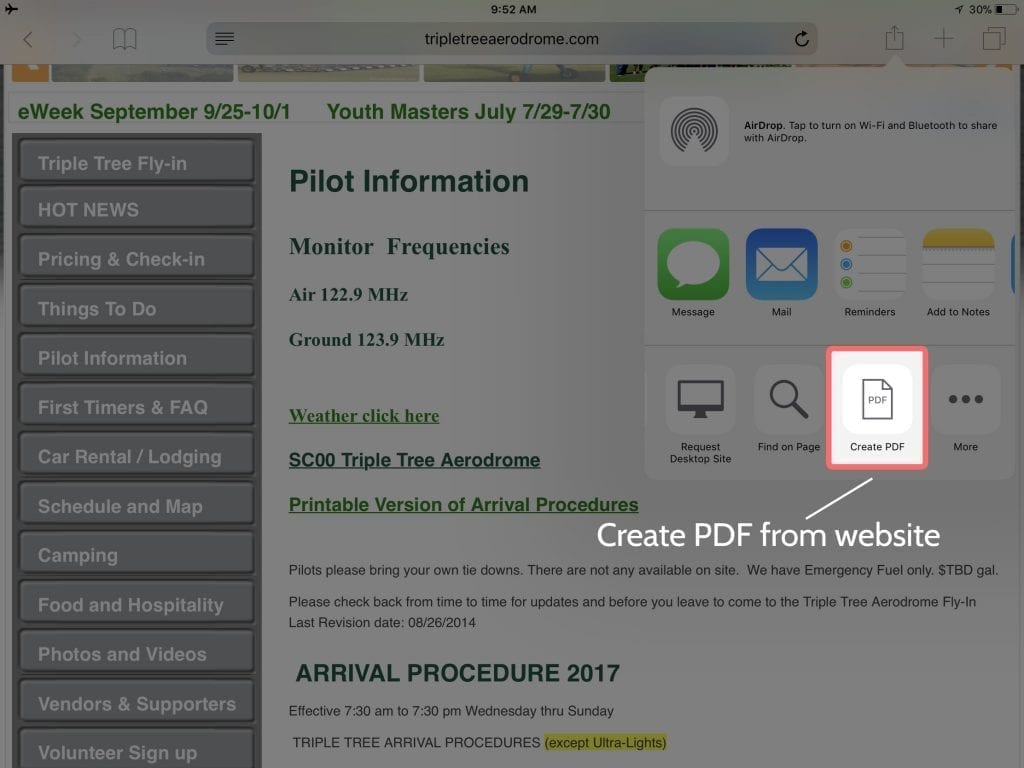 iOS 11 added a new application dock for iPad, allowing you to swipe up from the bottom of the screen while using an app and quickly switch to another app. By default, the left side of the dock will display the apps you move into that position, and the right side will show the apps recently used. To add an app to the dock, press and hold down on the icon until it wiggles and then drag it right into the dock. If you’d prefer not to see the recent apps on the right, you can disable that feature by going to Settings > General > Multitasking & Dock > Show Suggested and Recent Apps. 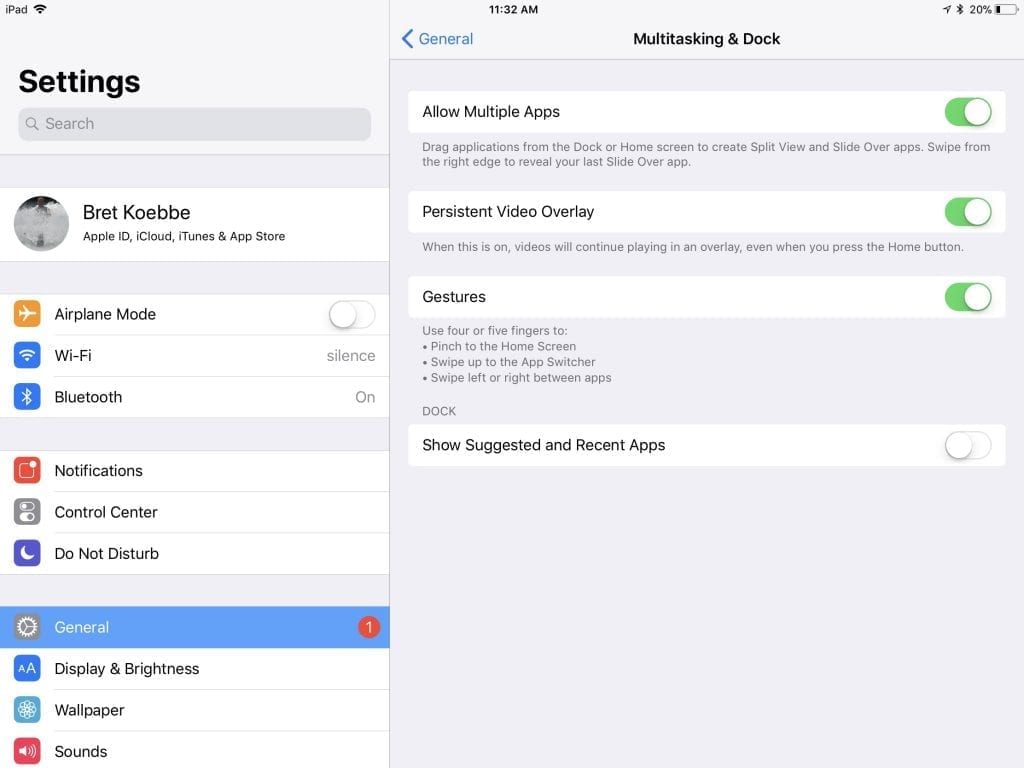 The Control Center received an overhaul in iOS 11 and is now displayed on the right side of the iPad’s screen when you swipe up from the bottom edge of the display. While the new layout is a nice improvement, the best part is you can customize what options are displayed here based on your preferences.

Head over to the Settings app, select Control Center from the left menu, and then Customize Controls. In addition to removing controls you don’t need, you’ll see additional options to add things like a Magnifier tool, shortcuts to the Notes and Stopwatch apps, and an option to quickly change the text size. 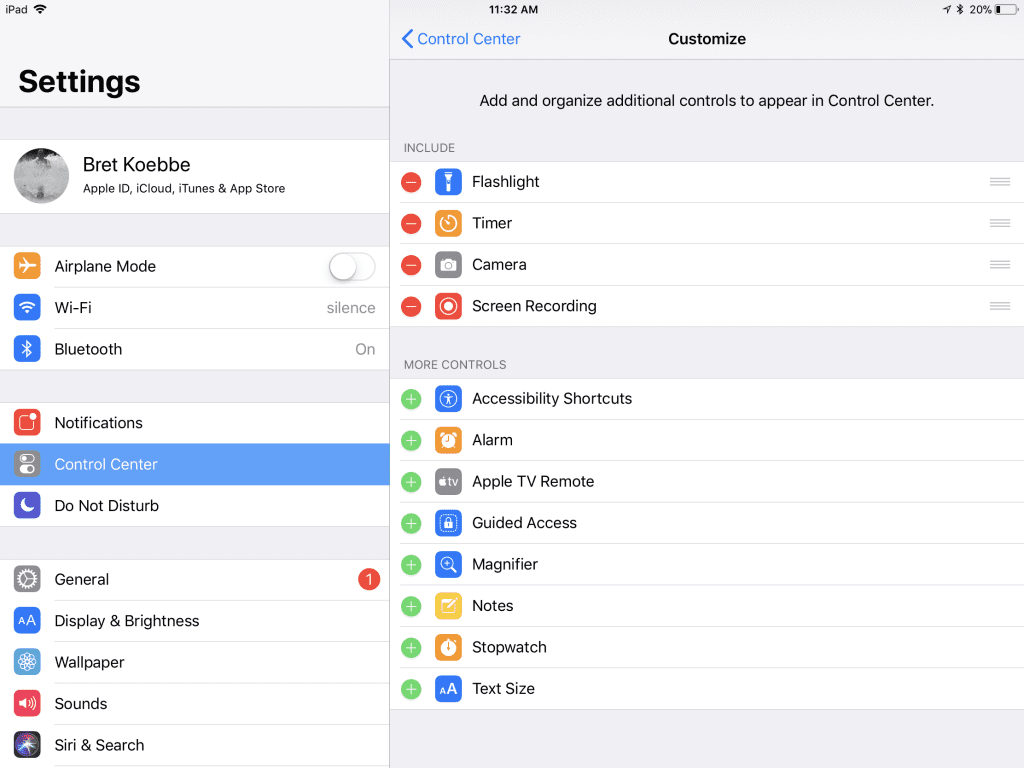 Record video from your screen

One of the default buttons in the new Control Center is a Screen Recording function. This function acts like the screenshot shortcut but allows you to record a video of your screen for later review or sharing. You may find this useful if you’re experiencing an issue in one of your apps to send to the app developer for help, or maybe to record the synthetic vision view during landing while flying into a new airport.

After pressing the Record button you’ll see a 3-2-1 second countdown on the button, and the software will start recording a video of your screen. To stop recording, tap the red header bar at the top and confirm that you’d like to stop. The screen recording will then be automatically saved to the Video album in the Photos app, where you can trim, edit and share with others using the traditional Send-To options. 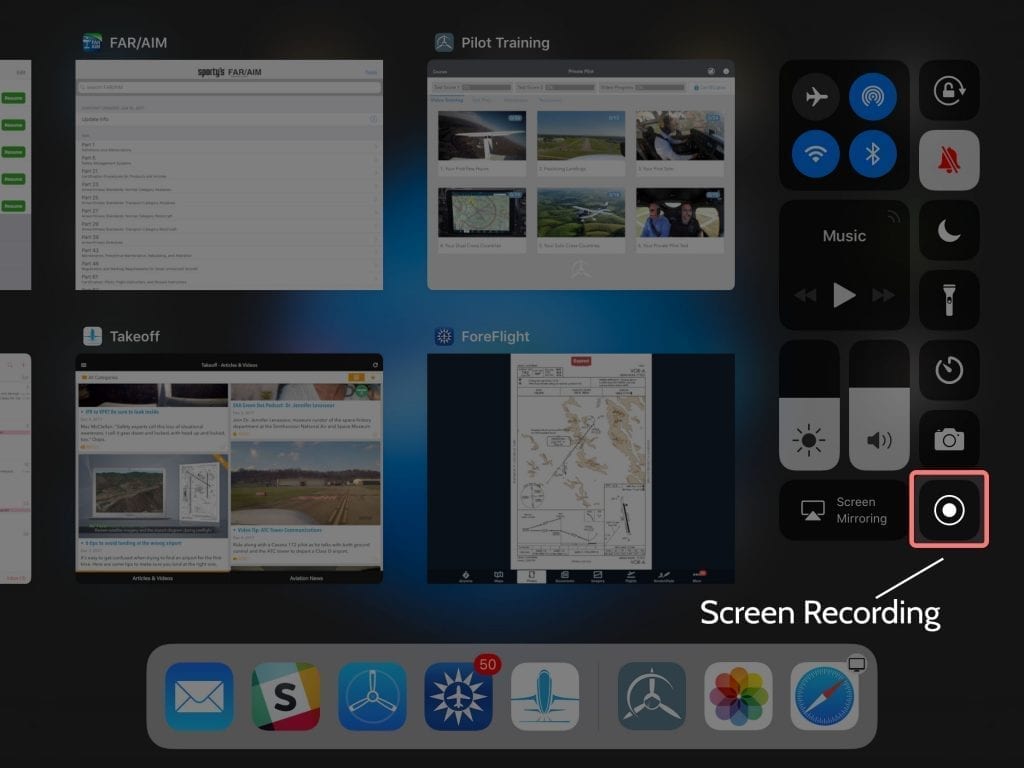 You’ve likely experienced the following scenario at some point, where you go to download additional charts for a new state in your primary aviation app and the iPad returns the alert message that you don’t have enough storage to save the new content. To help free up space, iOS 11 offers a new service that will automatically remove apps that you rarely use when you’re low on storage space while making sure to save all the documents and data saved in these apps in the cloud. This makes sure that all your data will come back if you ever choose to reinstall that app. The option to enable this is in Settings > iTunes & App Store > Offload Unused Apps. 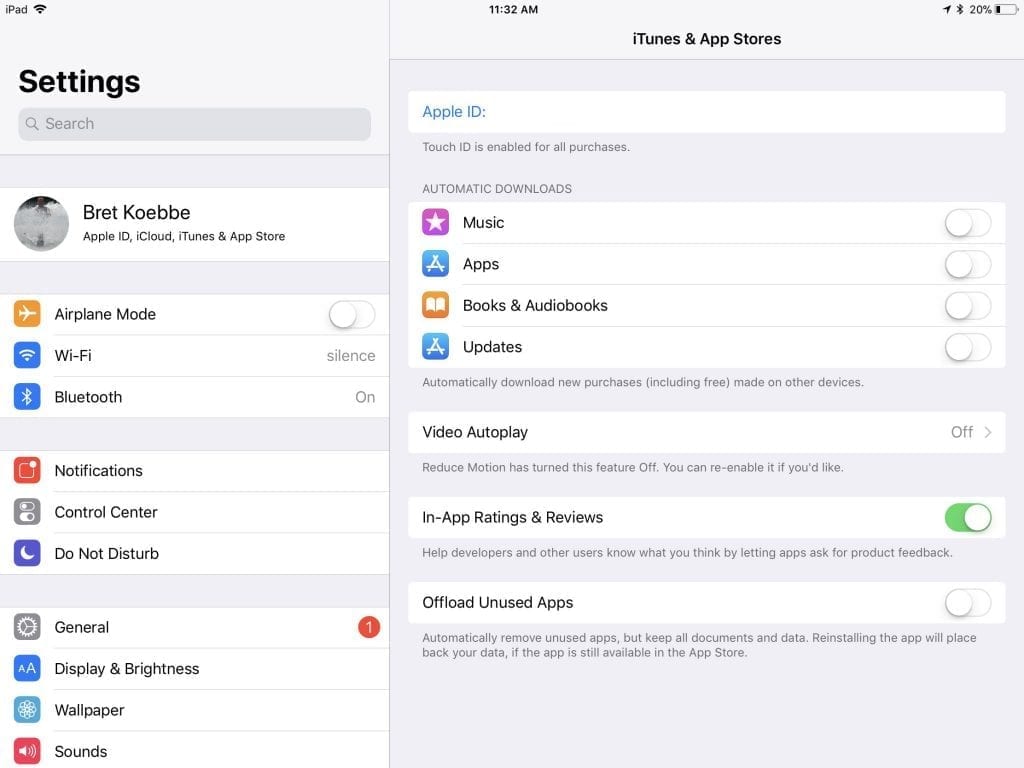 Apple introduced the Background App Refresh option several years ago which allows apps to automatically fetch the latest data (like news and weather) so that it’s already there when you open the app. Many users disabled this on their iPad with the cellular data option, so that it didn’t cause extra battery drain and use LTE data when on the go. A new option in iOS 11 allows you to specify how background app refresh gets it data, providing the option to restrict the feature to Wi-Fi only. You’ll find this option in Settings > General > Background App Refresh

Power off without the power button

Pilots have found great value in mounting their iPad right in the panel, but this can restrict access to the buttons on the side of the iPad, including the main power button. Fortunately, in iOS 11 you can now power down the iPad right from the Settings screen – simply go to Settings > General > Shut Down. 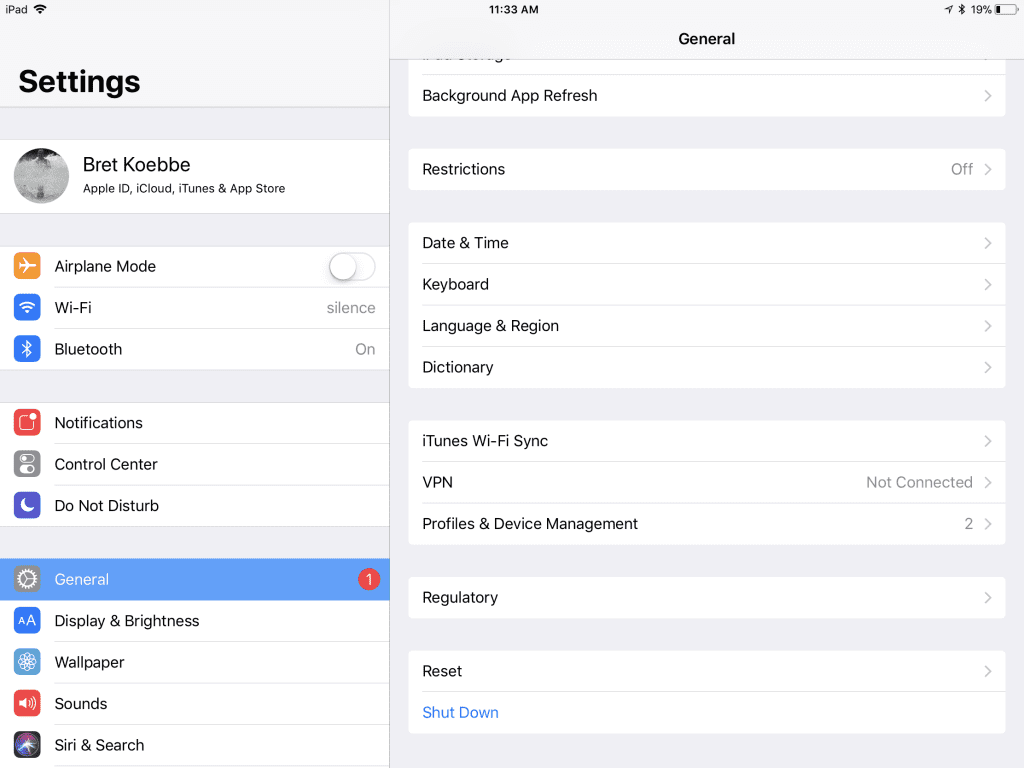 Check your flight status in Safari

Looking for a quick way to check the flight status for your next airline flight? Just type the flight number either into Safari or Spotlight Search and you’ll instantly see the details. Tap on the results for additional info and a map. 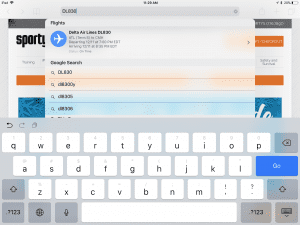 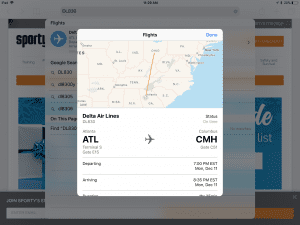 Tips for flying with the iPad at night