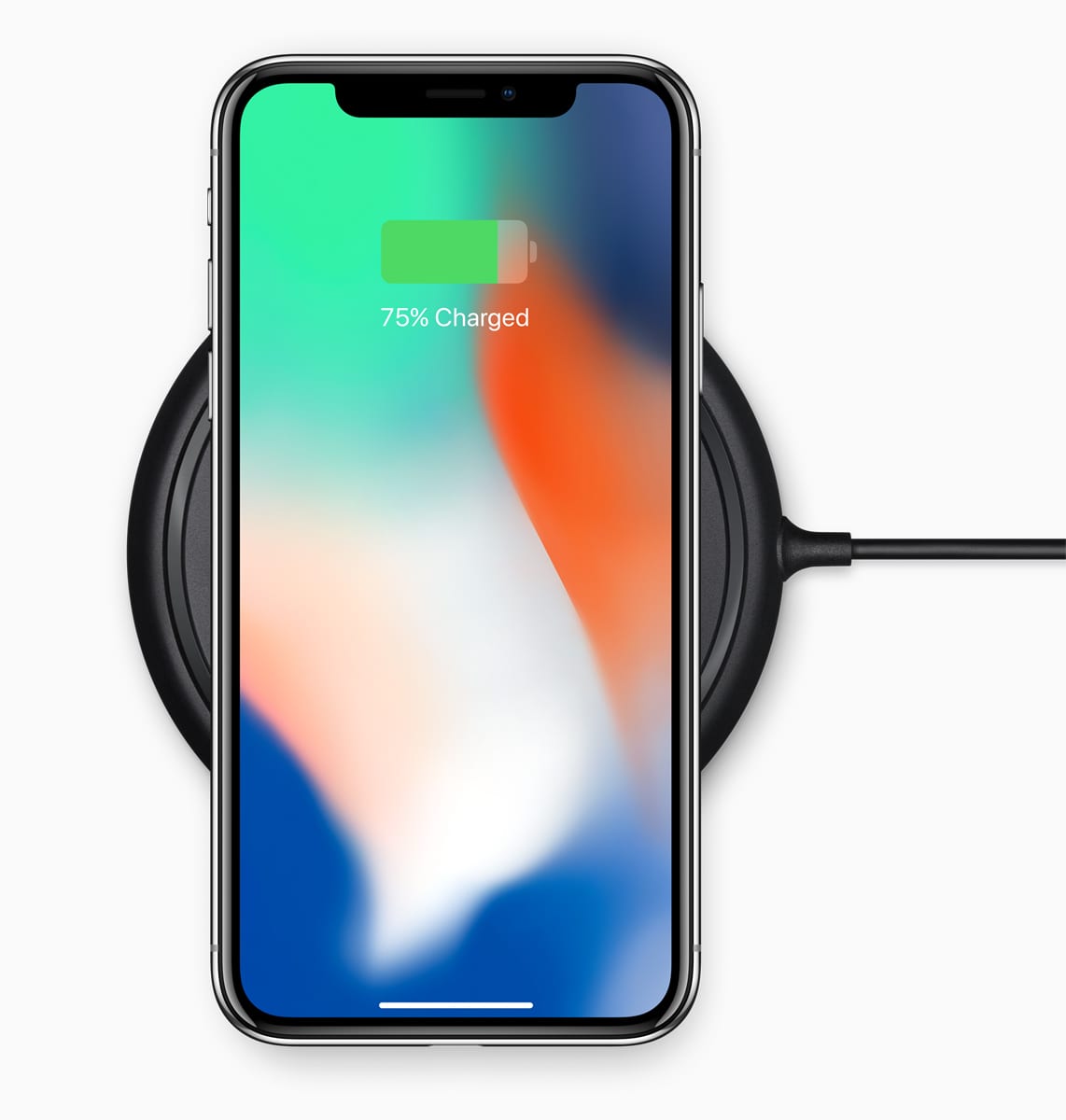 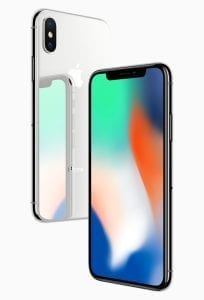 Apple’s annual September get-together has become a highly anticipated event for technology fans, as the company usually announces new hardware and features just in time for Christmas shopping. This year was bigger than normal though, with the introduction of an all-new iPhone design in honor of the 10th anniversary of the iPhone, called the iPhone X.

Apple always has plenty to talk about with their new phones, and the iPhone X is no different. While many of the upgrades will be nice, most won’t directly affect aviation use: edge-to-edge OLED screen, new camera features, wireless charging, removal of the home button, facial recognition and augmented reality. There are some details that might matter for pilots, though.

Better battery life, thanks to a new chip. The iPhone X features Apple’s new A11 bionic 6-core processor. In addition to improvements in performance and efficiency, the most notable change is that Apple is now including a custom-designed graphics processor. This is key for advanced features like augmented reality, improvements to Siri and future machine learning features. This new chip will also increase battery life by 2 hours over the iPhone 7 It’s worth noting that last year’s iPhone 7 increased battery life by 2 hours over the iPhone 6s, so Apple is making real gains in efficiency year over year. 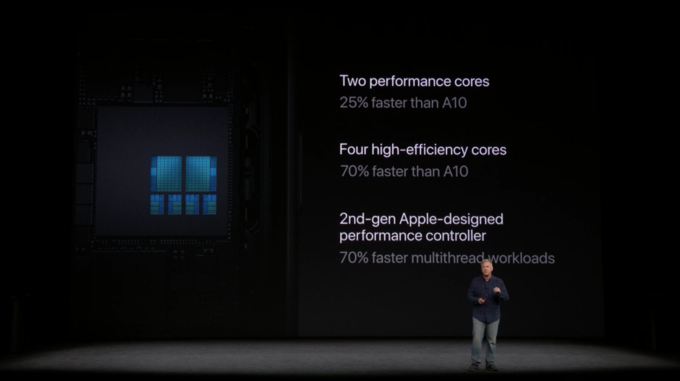 This new chip will most likely make its way into the next generation of iPads, so it will be interesting see if Apple finally increases battery life in future iPad models too.

OLED Screen. The iPhone X is the first phone from Apple to use OLED display technology, instead of an LCD screen. From a tech standpoint, an LCD screen uses a backlight to illuminate the entire screen, compared to OLED which lights each pixel individually. This allows it to provide a brighter, more vibrant display while using less power. OLED is more expensive to manufacture than LCD, so it may be a little while still before we see this display technology on the larger iPad screens. 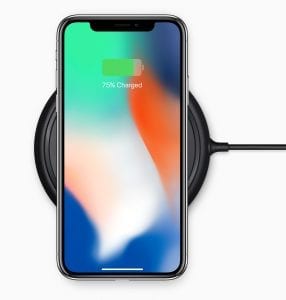 Completely wireless. Apple has been slowly eliminating the need for wires on its devices, starting the removal of the headphone jack on the iPhone 7 last year. The iPhone X takes this a step further with the inclusion of wireless charging capability. This allows you to charge the phone by placing it on any Qi wireless charger, which typically takes the form of a small mat or disc that is plugged into a power outlet.

Qi has been available for several years now and is the industry standard for wireless charging technology, so there are plenty of wireless chargers already available that are compatible with the new iPhone. Apple also showed off its own Qi charging mat, called AirPower, which will allow you to charge an iPhone, Apple Watch and AirPods simultaneously, but it won’t be available until next year. Several car manufacturers include Qi charging right in the dash, and they’re starting to appear in stores restaurants too. Don’t worry though, the iPhone X still includes the standard lighting connector for wired charging and other accessories. 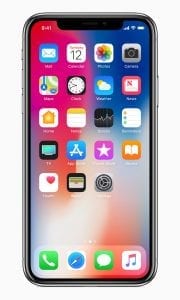 The home button is gone. The iPhone X features a screen that reaches from edge-to-edge, top to bottom, so there is no longer room for the home button. Since this also removes the TouchID sensor that was integrated into the home button, the new iPhone uses facial recognition to instantly scan your face and unlock your phone.

Augmented Reality (AR). Apple announced back in June that augmented reality would be a big part of iOS 11 with its new ARKit for developers, and the technology is front and center in the iPhone X hardware too. The concept of AR is that you can use your device to display a real-time view of the space around you and add computer-generated objects or data to supplement the view. For example, you’ll be able to point your phone at a live baseball game and see the names and stats of players on the field, or aim it at the sky to see the names and location of stars and constellations. This could be really useful for pilots, allowing you to hold your phone up to the window and see the location of nearby traffic, airports or weather. 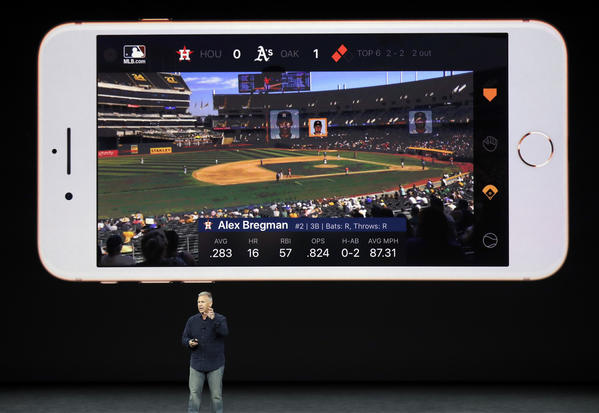 There’s a new iPhone 8 and 8 Plus too. In addition to the all-new iPhone X, Apple also announced the iPhone 8 and 8 Plus. These look very similar in design to the iPhone 7 and 7 Plus, but feature the more powerful and efficient A11 bionic chip, wireless charging and improved cameras for better photos and videos. These will be significantly cheaper than the iPhone X and a good option if you’re ready to upgrade without breaking the bank. 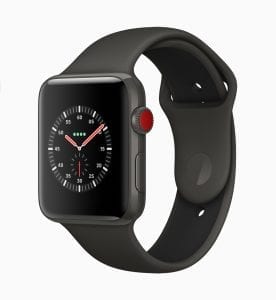 Apple Watch gets cellular. The Apple Watch has a been a big hit for Apple, and it’s even more capable now thanks to the inclusion of LTE cellular data in the new Series 3 model. This means you can use all the features of the watch without the need to have your iPhone nearby, including the ability to make phone calls and send messages.

Inside, it has a new dual-core processor with 70 percent better performance, as well as a new W2 chip that improves Bluetooth and wireless connectivity and power efficiency. The cellular antenna is actually the display itself, and there’s an electronic SIM card inside for connectivity.

iOS 11 arrives September 19. The latest version of the iPad/iPhone operating system will be compatible with the following iPhone and iPad models:

iOS 11 adds a variety of new multitasking features specifically designed for iPad, as well as a new design for the slide-up control panel shortcuts. Read all about the new iOS 11 features here.

The Apple Watch Series 3 starts at $329 for the WiFi model and $399 for the model with cellular data. Preorders start on September 15.

Why the 2017 iPad is a good value for pilots

Pilot poll: what tablet do you fly with?
Scroll to top