Blog - Latest News
You are here: Home1 / Beginner Tips2 / What you need to know about the iOS 7 upgrade 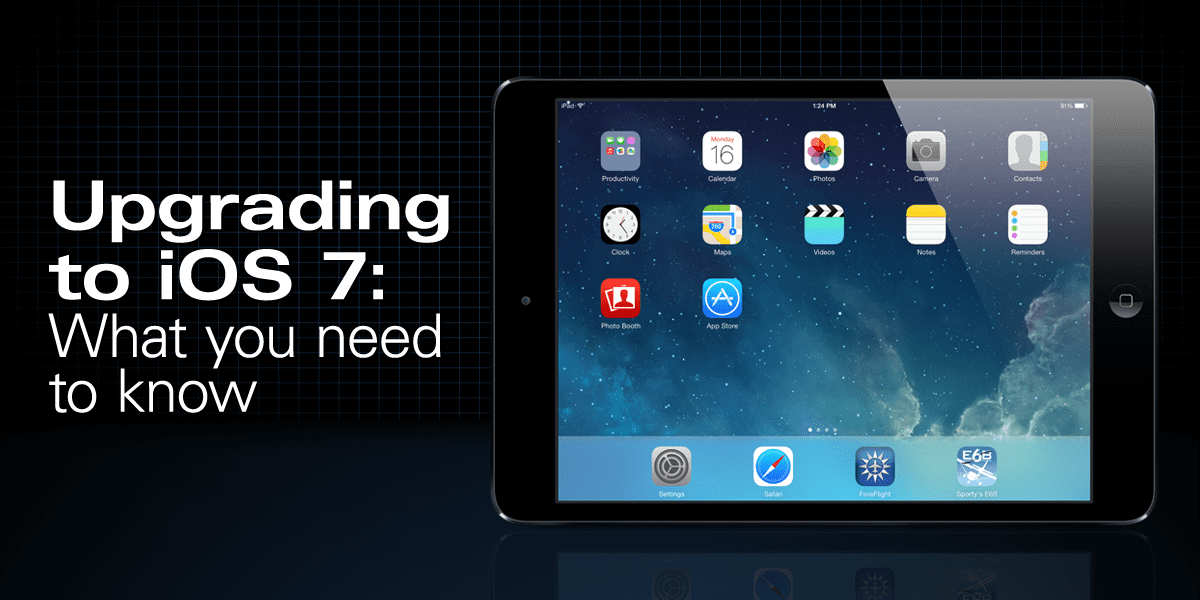 iOS 7 is here – should you upgrade?

Your iPad is about to look very different, at least on the software side. iOS, the base operating system that drives Apple’s iPad and iPhone, is getting a major upgrade with the release of iOS version 7.  This free update is available now, adding a number of new features and a completely new look (see this article for details on what’s new). iOS 7 is the most significant change to the iPad’s operating system ever, and it can be confusing if you don’t know what to expect. In this article, we’ll explain how to do the update and offer some tips for navigating the new software.

(Prefer to watch instead of reading? Skip to our video.)

Can you do the update?

First, it’s worth asking whether you can even do the update. Here are the list of iOS 7 compatible devices:

If you have an iPad 1 or an iPhone 3GS, your device will still work–you just won’t be able to do any future upgrades. So while you can keep flying with one of these, it’s probably time to consider an upgrade. Also note that just because your device is compatible with iOS 7 doesn’t mean every feature will be available. For example, the AirDrop feature will not work on iPhone 4/4S or iPad 2/3.

So you can do the update, but should you? Some people are nervous about software upgrades, advocating you wait until some of the inevitable bugs have been worked out. It’s a reasonable idea, but we’ve been using iOS 7 for weeks now and can report that it’s very stable. The major aviation apps run just fine, and we have no hesitation about performing the update.

We talked to the app developers as well and, while cautious, they seem to be pretty excited about iOS 7. Here’s what ForeFlight CEO Tyson Weihs had to say:

iOS 7 is about the biggest OS release since 2008. Given the magnitude, there will inevitably be things that both Apple and app makers will have to address. There is no need to rush to iOS 7, as iOS 6 is incredibly stable. If your iPad is a critical part of your flight deck, waiting for Apple to push a couple of minor bugfix updates is prudent. There will inevitably be issues they find and will need to fix once iOS 7 is in the wild. We strongly recommend waiting to fly with iOS 7 until you have a good half day to devote to familiarizing yourself with the significant changes–like the overhauled user interface and aesthetics, app switching, radio management, and kill app functions–and make sure all your apps operate as you expect. We have put a lot of effort into ensuring ForeFlight Mobile runs well on iOS 7. We don’t expect major issues and as always will quickly address anything that needs attention.

Jan Mackenzie from Garmin said Garmin Pilot 5.1.2 (the latest version) is compatible with iOS 7, but there are some known issues. These have been addressed in version 5.2 of the app, which should be available very soon.

This matches the advice we’ve heard from other developers: if you’re dying to get iOS 7, go ahead and upgrade. Just give yourself some time to adapt. If you choose to wait, there’s nothing wrong with that approach.

Backup your iPad – it’s easy to do.

First, before you even think about doing the upgrade, back up your iPad. It’s easy to do and you’ll be glad you did if anything should go wrong. For details about backing up to iCloud (wirelessly) or iTunes (syncing with your computer), see this Apple post.

Once you’ve backed up your iPad, installing the update is actually quite easy. Go to the Settings app -> General -> Software Update. Your iPad will prompt you to install iOS 7, and ask you to plug it in. Tap the download and install button and you’re on your way. It can take some time to download the update, so be patient. Once the upgrade is complete, your iPad will restart and you’ll notice the difference right away.

The actual apps you fly with won’t look any different in iOS 7, so your favorite moving map page or weather app will feel familiar. It’s the overall operating system and the Apple apps (Mail, iTunes Store, Calendar, etc.) that has changed. Here’s a look at some of the more important changes: 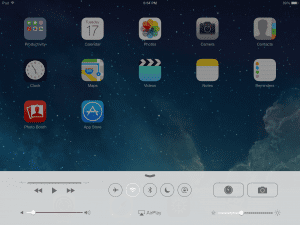 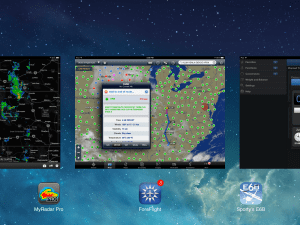 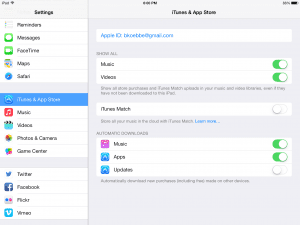 While iOS 7 is undoubtedly a big change, we found ourselves feeling pretty comfortable with it after a day or two. Most of the changes are positives, and make everyday tasks easier to do. But plan on an evening on the couch to get familiar with it before you go flying.

To see many of these new features in action, watch our video below:

How to configure iPad wireless settings during preflight