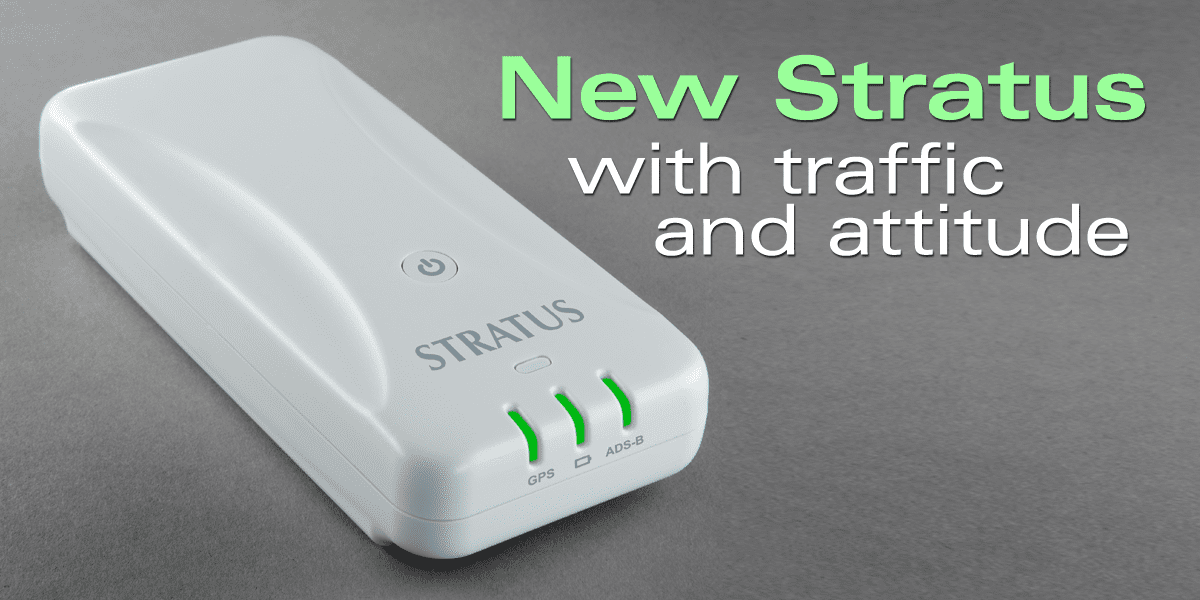 One year ago at Sun ‘n Fun, the three company partnership of Appareo, ForeFlight and Sporty’s announced Stratus, a wireless ADS-B receiver that delivers subscription-free weather to the iPad. Stratus quickly became a runaway hit, and made ADS-B a household word among pilots. Today at the 2013 Sun ‘n Fun Fly-in, the group unveiled the second generation Stratus with a new design and a host of new features.

In particular, the second generation Stratus has two higher end features that are becoming popular options with pilots:

There are also a number of performance enhancements, based on pilot feedback:

At just $899, the second generation Stratus is aggressively priced, coming in at least $200 less than comparable receivers. Orders for the new Stratus are being accepted now, and it is expected to ship by the end of April.

The original Stratus isn’t going away, either. In fact, it received a $100 price cut, to $699. ForeFlight also announced that the first generation Stratus will support single band ADS-B traffic by the end of the month, after updating to the latest version of ForeFlight and completing a free firmware update.

Poll: track up or North up?
Scroll to top