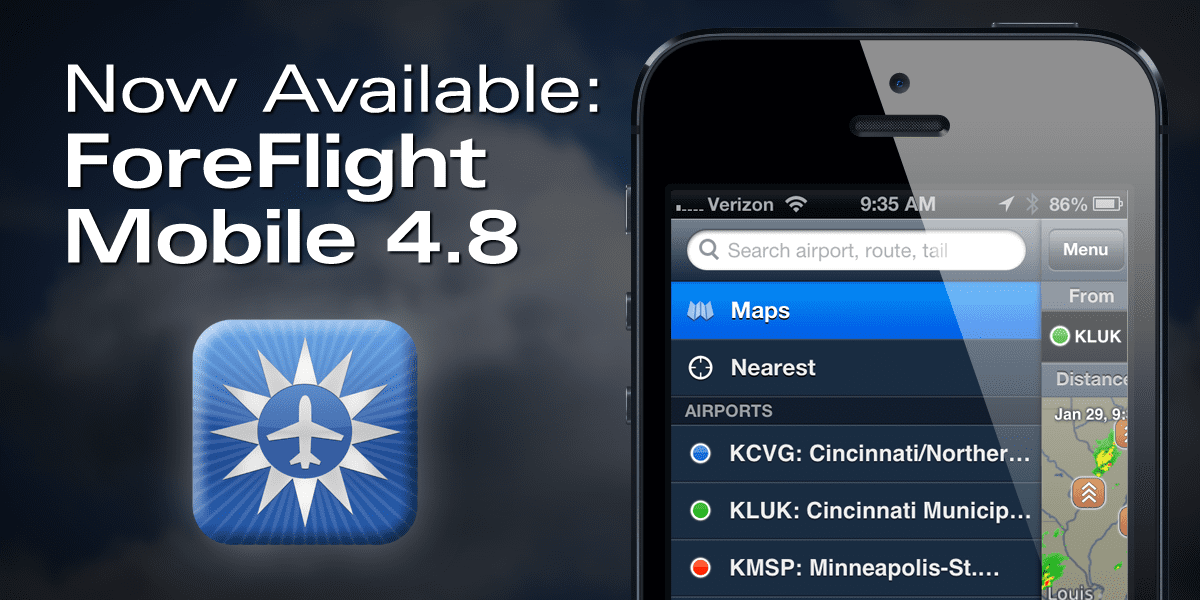 The new version of ForeFlight features an all-new menu system for the iPhone, which maximizes the screen area for charts.

ForeFlight released its first update of the year today, and the company promises this is “one of many that will make this year the best ever for ForeFlight customers!” Version 4.8 doesn’t necessarily add a lot of gee whiz features, but there are a few very helpful enhancements here:

As usual, the update includes various other bug fixes and performance enhancements. The update is free for all ForeFlight users, and can be downloaded from the App Store.

Poll: how to make a better iPad for pilots?
Scroll to top