Blog - Latest News
You are here: Home1 / Advanced Tips2 / How to share your location from an iPhone 14 via satellite We’re entering an exciting new era of communications thanks to recent developments in satellite connectivity. While satellite phones have been around for decades, their bandwidth limitations and high service costs limited their use to a few niche applications, like those needed by the military, off-grid adventurers and Gulfstream jet setters.

Several low-cost satellite communicators have made their way into the general aviation space in recent years, like the Garmin inReach Messenger and AirText system, but they still require special hardware and a paid subscription. While both of these systems connect to the Iridium network for satellite services, which can support phone calls and low-bandwidth internet, these two products are designed solely for text messaging and SOS alerts.

SpaceX’s Starlink satellite communication and internet service is also making great advancements after the deployment of over 3,000 satellites in low-earth orbit, but this system (for now) requires a stationary antenna on the ground. Starlink is targeting 2023 for deliveries of its aviation receiver for airplanes, but the one-time hardware cost of $150,000 is likely out of most pilots’ budgets.

That brings us to Apple. Back in October, the company released the iPhone 14 and made big waves with the inclusion of a new satellite-based emergency communication feature. This uses the Globalstar satellite network, which relies on low-earth orbit satellites to provide low-bandwidth communication services. Officially called “emergency SOS via satellite,” this allows iPhone 14 users to connect to the first responder network via satellite when out of cellular service coverage. The service is included at no extra charge for the first two years and is a nice insurance policy for both pilots flying in remote areas and those hiking or traveling out of cell phone coverage (read how it was used to save someone in a recent Alaska search and rescue report here). 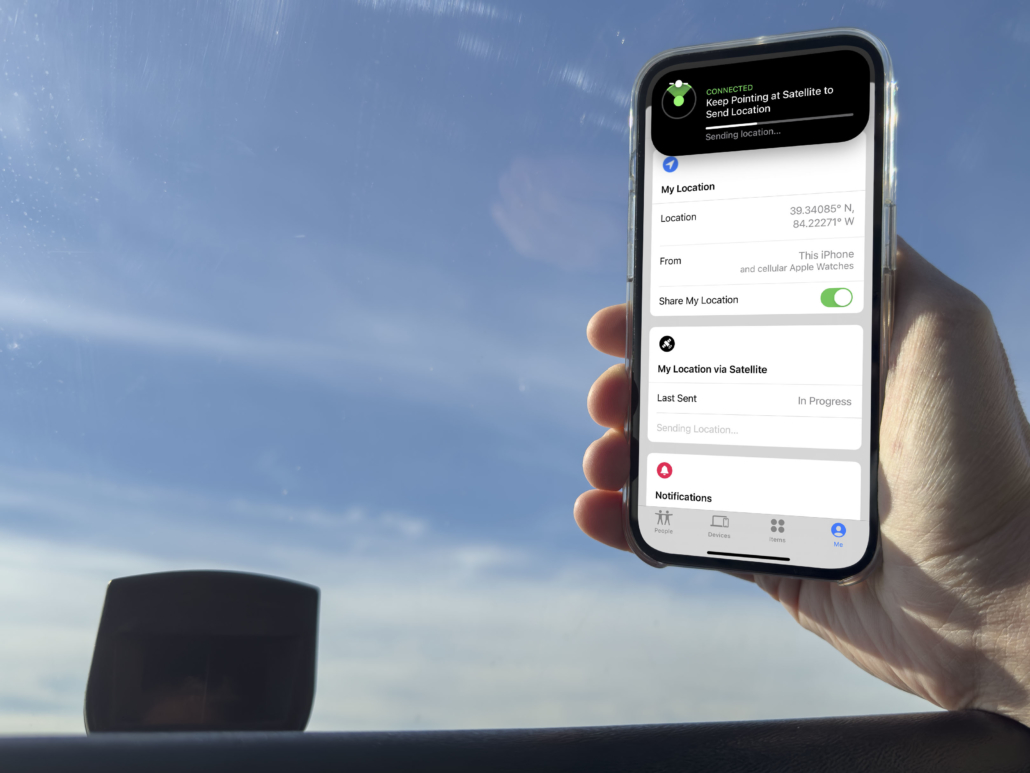 To use this feature, open the Find My app on any iPhone 14 model, and select the “Me” tab at the bottom right. You’ll then see a new option called “My Location Via Satellite”. This feature will only work when you’re not connected to a cellular or Wi-Fi network, so for now you’ll just see an information screen.

To test this out, we took a Cessna 182 up to 5,500 feet and headed out on a short cross-country flight. Once we flew far enough away from the populated area of Cincinnati and lost cell coverage, the Satellite Location option was enabled in the Find My app. You’ll also see the letters SOS replace the cell coverage strength bars to the left of the battery status at the top of the screen.

After pressing the blue Send My Location button, you’ll see a status window at the of the screen with instructions on where to point your phone to connect to a satellite. We held the phone up in the front window for about a minute, and it then displayed a message that the location had been updated in the Find My app. Included with the confirmation message is a reminder that you can only update your location every 15 minutes, so the feature is essentially put on a timer to limit you to a max of 4 shares per hour.

Here’s a quick look at what you’ll see during the interactions:

On the receiving end, your friends and family will need to head over to the People tab at the lower left of the Find My app, select your name, and they’ll then see the point where you shared your location. The difference here, vs. normal location sharing, is that a Satellite Location message will be included and a satellite icon shown next to their avatar. 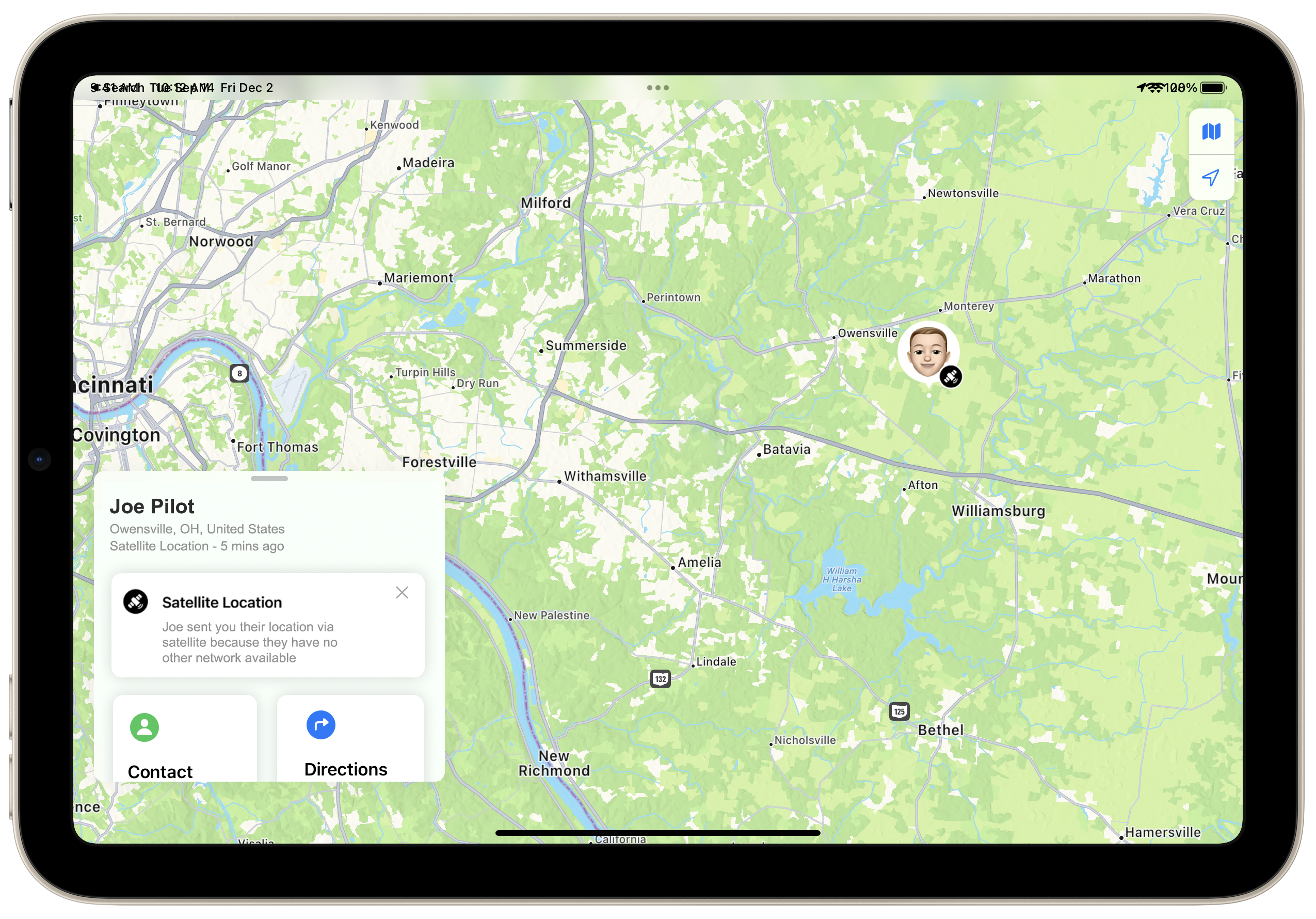 It’s worth pointing out that you should brief anyone who can see your location in advance about how this works and your plans to share your location from the airplane on a flight, to prevent them from thinking you’re on the ground in a remote location with an actual emergency (no altitude data is transmitted).

If you own an iPhone 14 or iPhone 14 Pro, this is a fun feature to test out and will give you a glimpse at the new opportunities satellite connectivity can provide without breaking the bank. Apple is Globalstar’s main customer now and has reserved 85% of the network bandwidth for its own use, so we can only assume that this is just the start of its expansion into satellite communication services.

How to set up aircraft profiles and equipment codes to file VFR/IFR flight ...
Scroll to top