Charging technology has advanced rapidly over the past decade as just about every piece of technology incorporates a rechargeable battery now. Efficient and reliable charging should be at the top of any iPad pilot’s list as a top priority for obvious reasons.

Finding the right charger, however, presents a challenge as the number of devices starts to accumulate in your flight bag. At a bare minimum, most pilots have three devices to keep charged: an iPad, GPS/ADS-B receiver and mobile phone. Toss in a smartwatch, laptop and wireless headphones, and this list can quickly grow to 6+ devices.

Until recently, there were compromises to make when charging multiple power-hungry devices, none of which were very convenient: 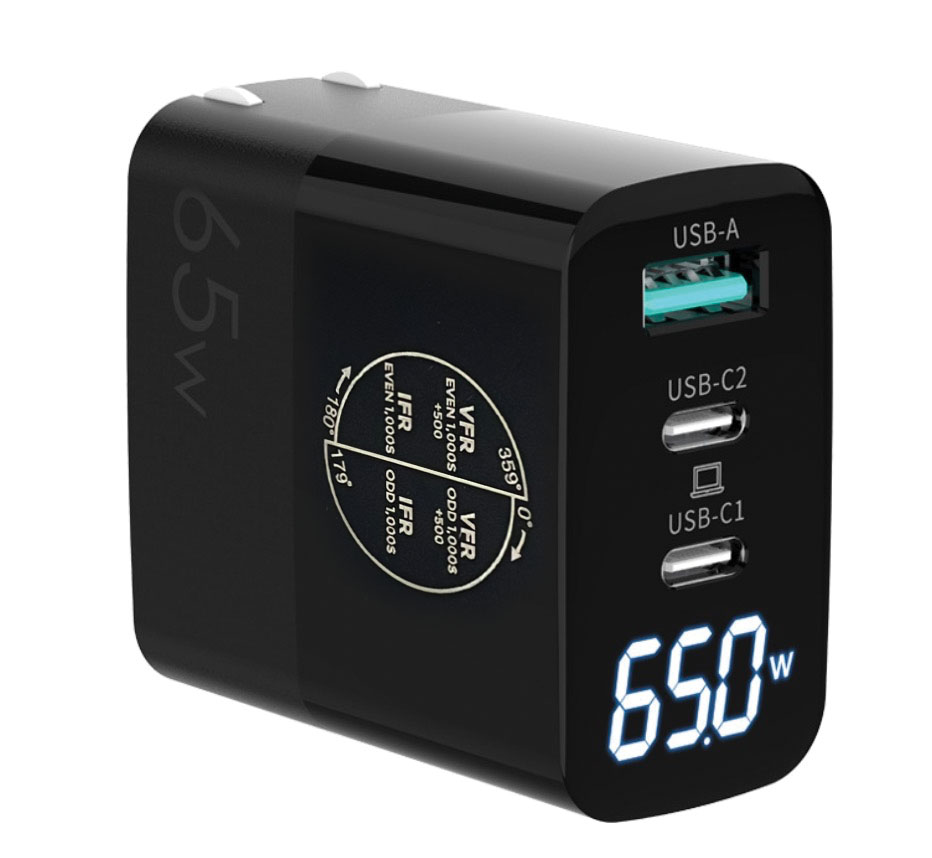 Fortunately, there’s a new charger available that addresses many of these problems: the Flight Gear Three Port Smart Charger. This 65-watt charger packs a lot of power in a compact design, thanks to its use of new semiconductor technology. This allows it to process the higher wattage output without generating as much heat as traditional chargers, while still maintaining a small form factor. Previously, chargers of 60+ watts took the form of a brick with wires running out of both sides, commonly included with laptops. And they got really hot!

The Flight Gear Three Port Smart Charger is compatible with US and European voltage specs, from 100 – 240V, and features one USB-A port and two USB-C ports. The front of the charger includes a digital display with a wattage readout, allowing you to see exactly how much power your devices are drawing.

The 65-watt output provides lots of flexibility, allowing you to charge all but the most power-hungry devices at their maximum potential. The two USB-C ports support the fast-charging protocol, called Power Delivery (PD), which will allow them to deliver a 50% charge to compatible devices in less than 30 minutes (most iPads and iPhones sold over the past 3 years). The charging rate slows slightly after the 50% increase to keep the battery on the other side from getting too hot.

The real benefit of this charger, though, is its ability to deliver a high-output charge to three devices simultaneously, reducing the number of chargers you need to carry in your flight bag. Below are several scenarios showing the max output allowable for each device based on the number of connections.

First, when just one of the USB-C ports is in use, your device can draw the full 65 watts if needed. This is useful for charging a laptop, allowing you to leave the big brick charger at home, or fast-charging an iPhone or iPad:

When using the two USB-C ports, up to 63W will be available for the connected devices. Just make sure to plug the device with the largest draw in the bottom port, like an iPad or laptop:

When connecting both an iPad and iPhone to the two USB-C ports (instead of the laptop as illustrated at the far left of the two-port scenario), the two devices would charge at a more even rate of between 20 and 25W each, depending on the specific model (iPhones and iPads draw between 20 and 30 watts).

Finally, here’s an example showing the three-port power distribution with a laptop, iPhone and earbuds:

Again, make sure to use the bottom port for the device with the highest draw. Also, when 3 devices are connected, an Apple Watch will not charge when using the standard USB-A cable. We’d suggest switching to the USB-C version of the Apple Watch charger if this is one of your requirements.

On the other end of the USB power equation, you won’t damage or harm a smaller device by plugging it into a high-output charger. All USB-powered devices incorporate smart technology which allows them to only pull the max power for which they’re designed. For example, the original iPhone models could charge at a max of 5 watts, but the latest iPhone 14 charges at 25 watts. The max charging rate for the latest iPads can reach 30 watts, allowing you to charge it from 0 to 100% in just over 2 hours with the Flight Gear Smart Charger. Just make sure to use USB-C to USB-C or USB-C to Lighting cables when connecting an iPhone or iPad, and use the top USB-A port for smaller accessories.

Looking for a smart charger for your airplane’s 12 – 28V outlet? Check out the Flight Gear Dual USB quick charger, which includes both a USB-C and USB-A port and a digital readout of your airplane’s system voltage: 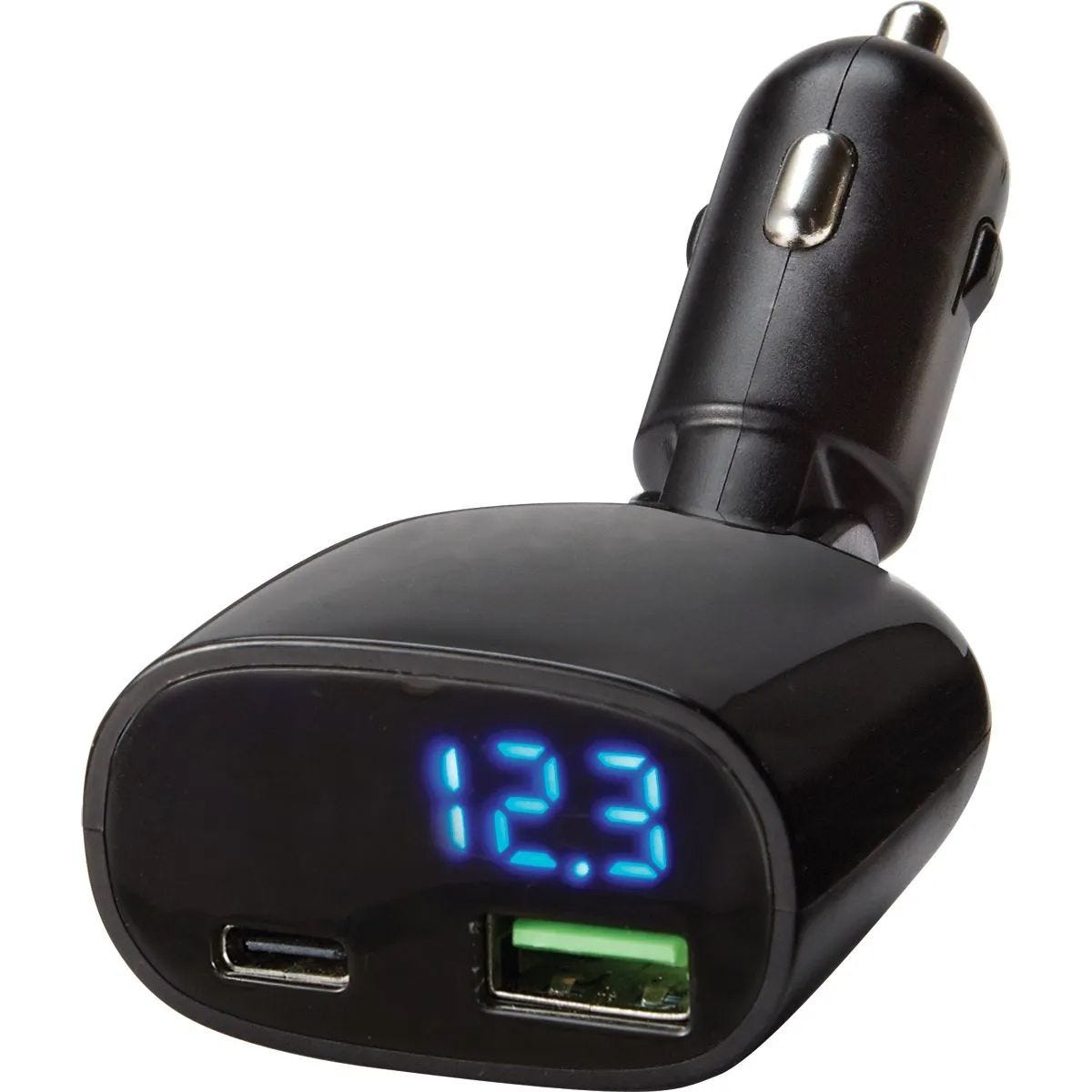