CloudAhoy, the flight logging and debrief app that has found a loyal following over the past eight years, continues to roll out new features. The latest version, out this month, adds a few notable improvements that should make it easier for pilots and flight instructors to improve their flying performance. If you haven’t taken a look recently, we think it’s worth downloading the app and giving it a shot.

The first upgrade is most meaningful for pilots who use CloudAhoy to log their flights. While the app will analyze and debrief a flight logged on a Stratus ADS-B Receiver or Garmin G1000 glass cockpit, you can also record all the key flight data with the CloudAhoy app itself (if your iPad has a built-in GPS). This has always been a bit of a hassle, though, as it competed for screen space with your regular electronic flight bag app.

Now that hassle has been eliminated, as CloudAhoy supports app multitasking. That means you can run it on half the screen while running another app (like ForeFlight, which also supports multitasking) is on the other half. This is an ideal setup for training flights: start and stop logging, or add markers during specific maneuvers, while keeping your moving map in view. For more information on setting up a split screen, see this article. 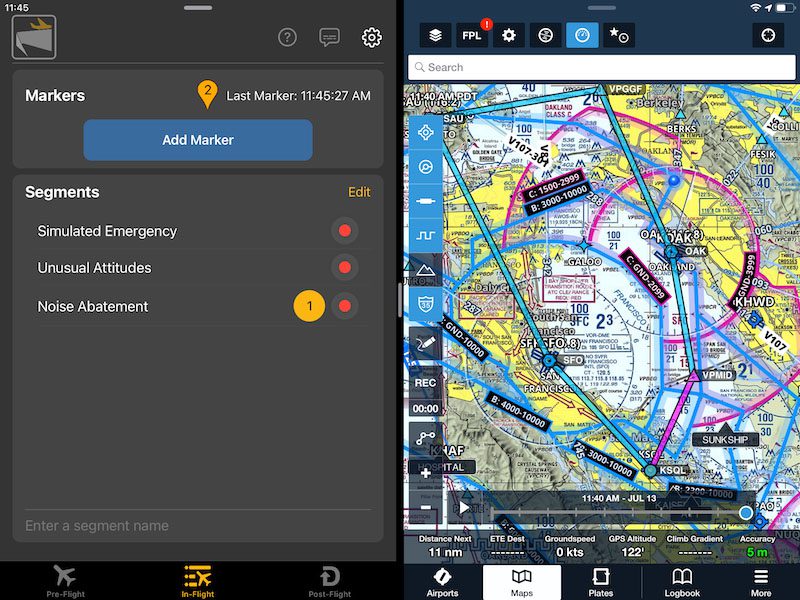 Once you’ve logged a flight, the real magic comes into play. As we’ve covered in previous articles, CloudAhoy automatically organizes and scores your flight, offering a detailed analysis of how well you flew that steep turn or how good your airspeed control was on final. Over the years, the app has added to its traditional speed/altitude graphs; now you can view a full glass cockpit/heads-up display on your iPad. This packs a lot of information into one screen, and makes it easy to replay and pause a flight.

A recent addition to the HUD view is a flight path vector (FPV) symbol. This green crosshair is found on many glass cockpits, and shows just what the name suggests: where the airplane is going. Because of crosswinds or descent rates, this is often not the same as where the airplane is pointed, so the green symbol is almost like an “easy button” for pilots. If you want to land on the numbers, put the FPV on the numbers.

In CloudAhoy, the FPV is a great way to learn about crab angle or even angle of attack. You can get an instantaneous sense of where the airplane is going compared to where it’s pointed, so it’s worth trying on your next crosswind landing or slow flight session. 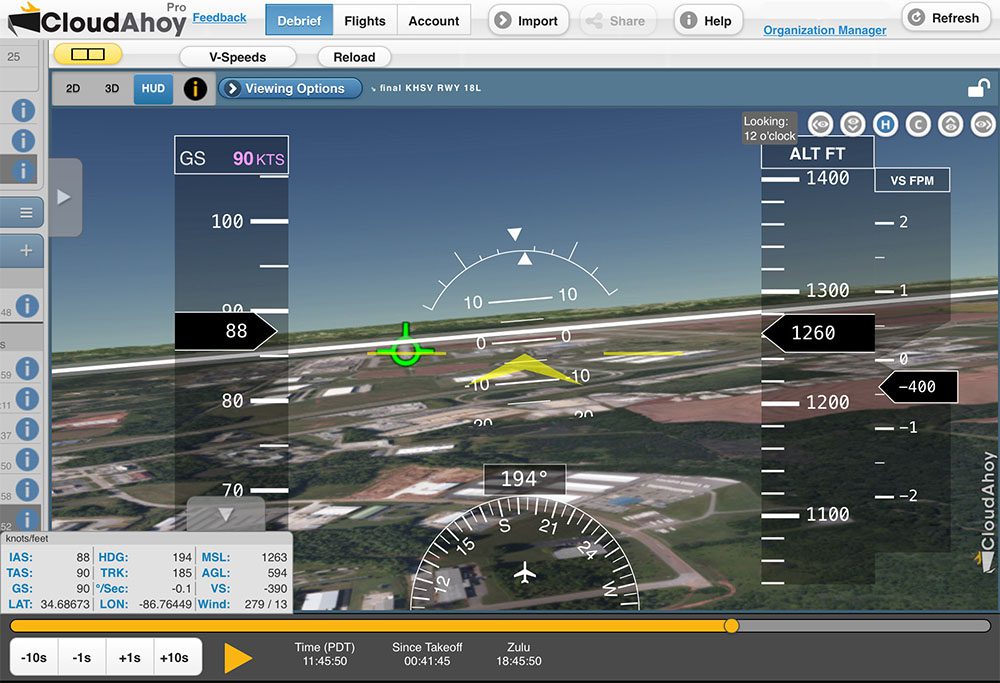 CloudAhoy is free to download and try for 35 days. After that, logging is free but post-flight debriefing requires a subscription. These are $65/year for Standard and $150/year for Pro, which adds the automated scoring feature and lots of powerful instrument approach tools.

In-flight connectivity on the cheap: inReach and AirText