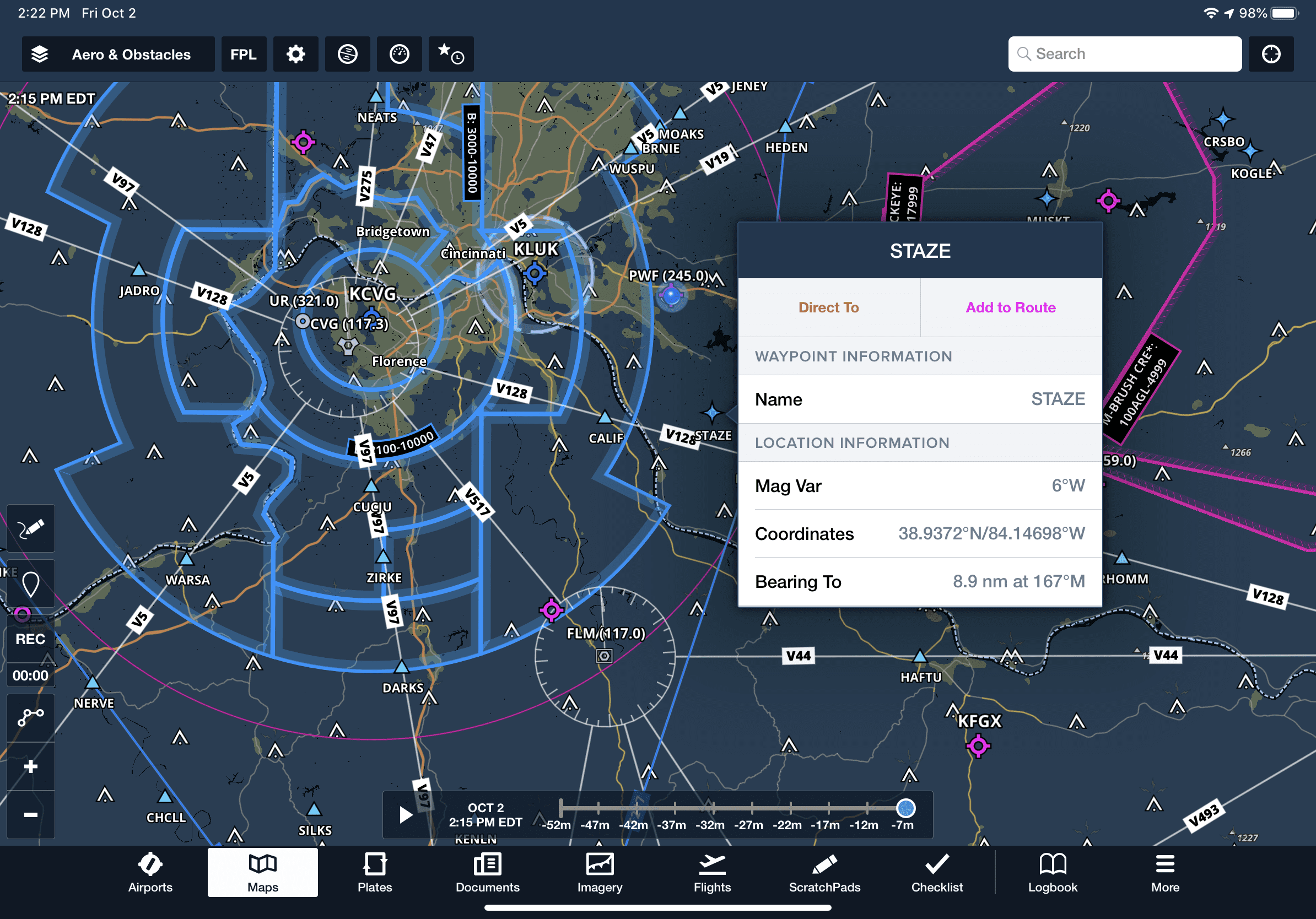 The latest ForeFlight update is relatively minor but includes some important additions to the logbook and aeronautical map screens. It also adds Pre-Departure Clearance support for pilots using Honeywell datalink services. Here’s a quick review of how to use each feature after you update to ForeFlight 12.8.

The electronic logbook in ForeFlight has evolved into a digital aviation assistant and can do a lot more than just track flight time. For example, it monitors your flight currency, qualifications, endorsements and generates reports to make insurance renewals a breeze.

When viewing the logbook, tap the Reports button from the lower portion of the menu, and you’ll see a new option for Commercial ASEL (airplane single-engine land). This feature will analyze your logbook entries and display a report with each Commercial Pilot flight requirement and whether or not you have logged the minimum time for each. It’s a great way for both you and your instructor to make sure you’ve met the legal flight requirements for the checkride. 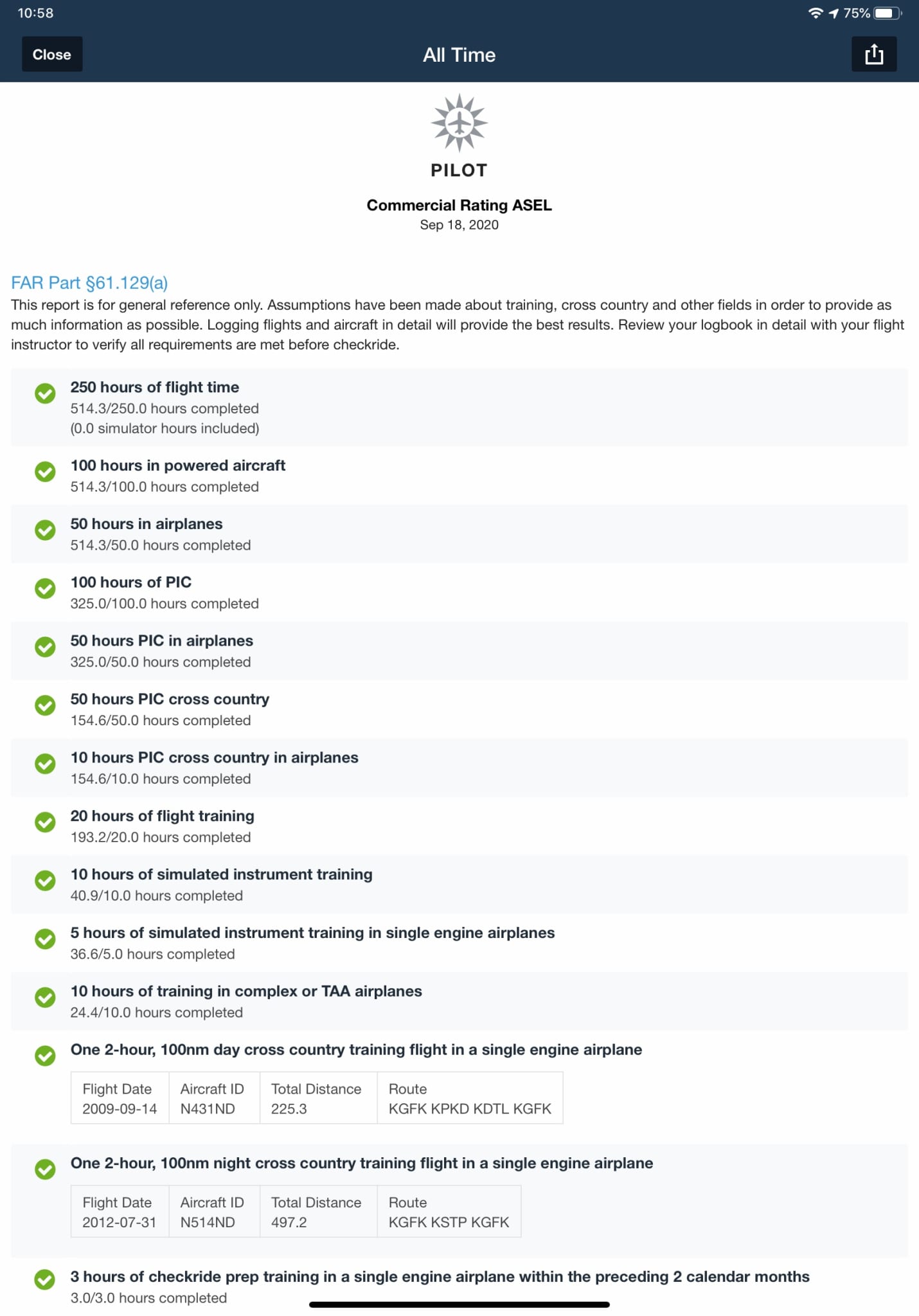 There’s one other small update to check out in the logbook. You can now classify any of your saved airplanes as a Technically Advanced Aircraft (TAA), for additional tracking in your logbook. An aircraft is considered a TAA if it includes an advanced avionics system with a primary flight display (PFD), a multifunction flight display (MFD) and an integrated two-axis autopilot. TAA airplanes can be used to meet the FAA 10-hour flight time requirements for the commercial pilot certificate, which previously had to be done in either a complex or turbine-powered aircraft. 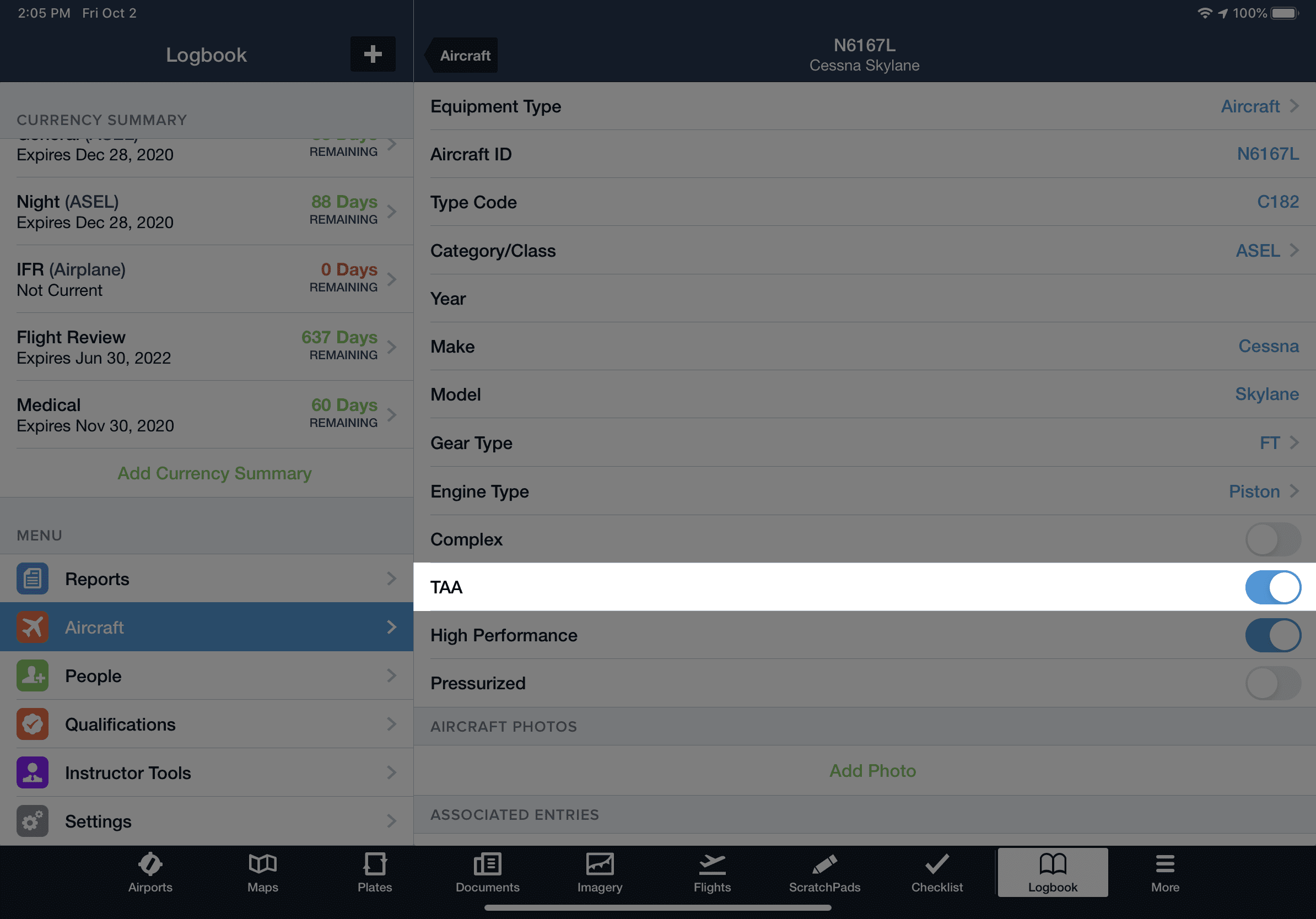 ForeFlight’s aeronautical map layer added a minor new feature in the latest update. When Airways are turned on from the Map Settings screen, you’ll see waypoints not associated with any airway, including off-route intersections, oceanic waypoints, and others. While traditional airway-based waypoints are depicted with the familiar triangle symbol, these off-route waypoints are shown with a start symbol.

You’ll find these waypoints depicted all across the U.S.

They are also common in Oceanic airspace off the coast. 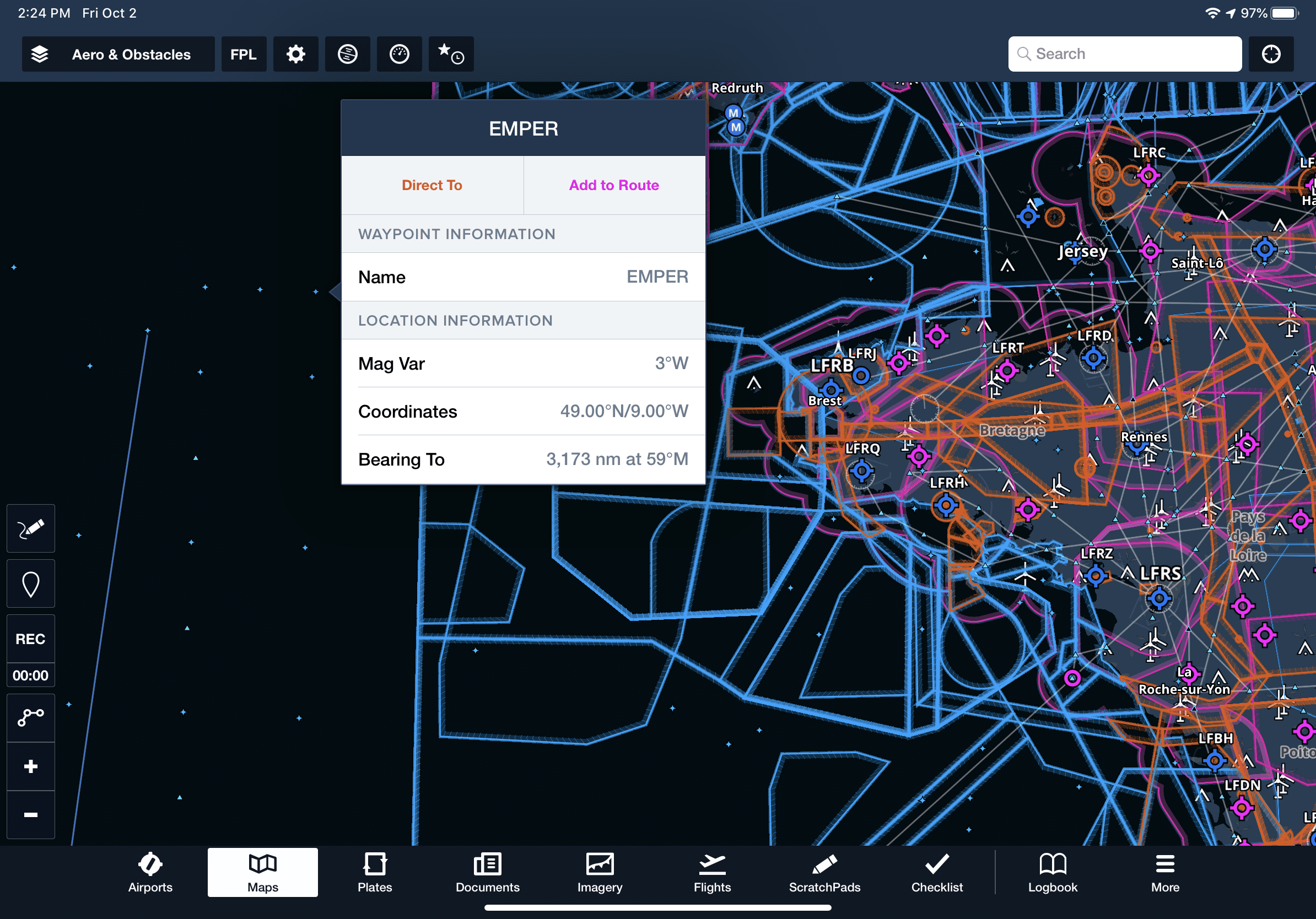 The PDC system allows IFR pilots to receive their instrument clearance via email and text when flying from one of 70 major airports in the U.S. ForeFlight added support for this feature last year, and the most recent update extends the capability for customers using ForeFlight and Honeywell datalink services.