Blog - Latest News
You are here: Home1 / Accessories2 / iPad screen protectors – which one is best for pilots? 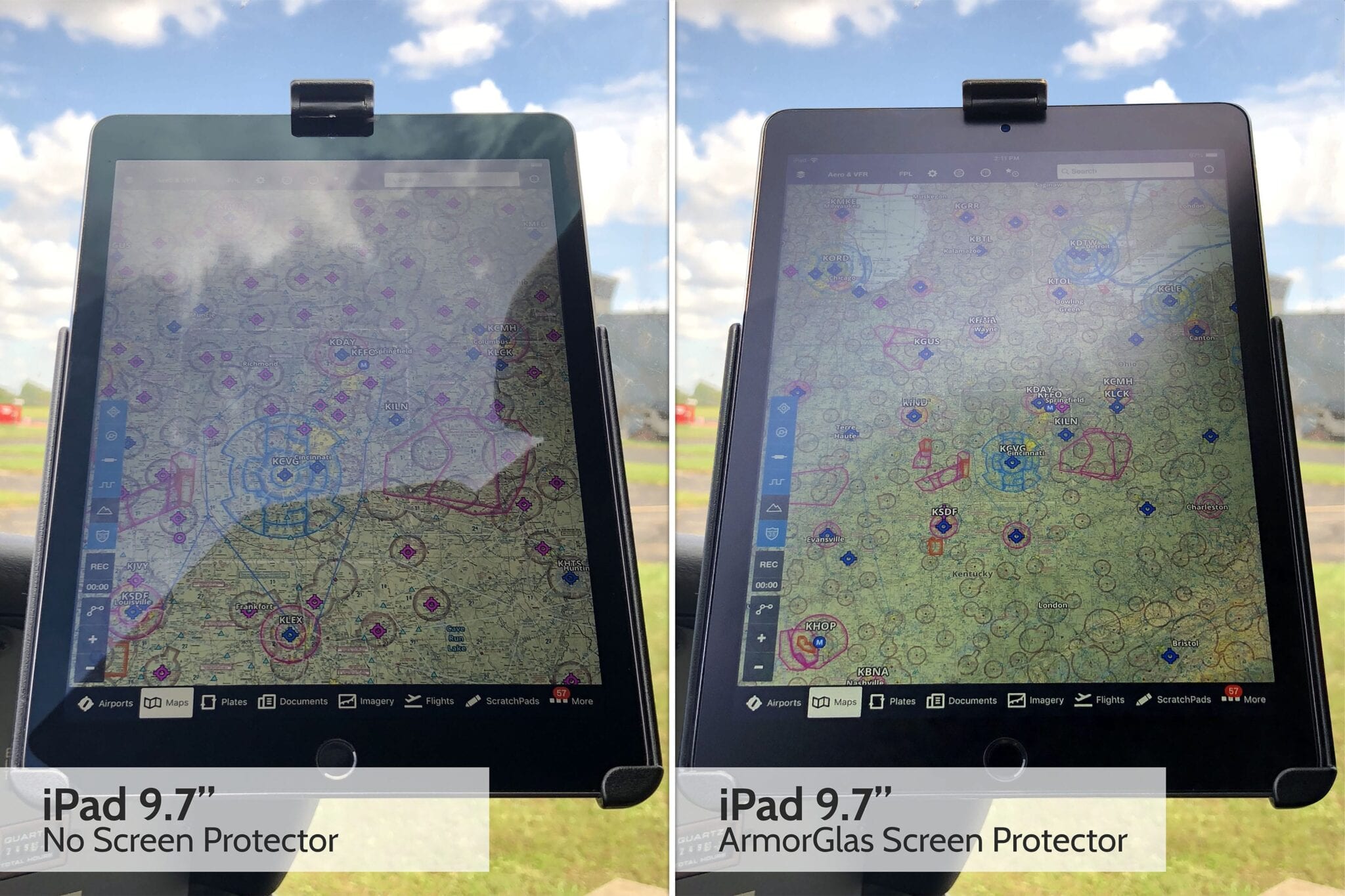 Screen glare is a persistent problem for pilots flying with the iPad. The latest iPad Pro models incorporate an anti-reflective coating that is an improvement over the earlier models, but it still can be difficult to view in sunlight or when covered with fingerprint smudges. While smart mounting strategies can reduce it (we’ve been able to make the iPad screen usable in even bubble canopy airplanes), there’s no way to completely eliminate glare. After all, the iPad is a giant sheet of glass. Is there anything pilots can do?

For years, different companies have offered anti-glare screen protectors to help with this problem. We’ve tested dozens of them and most are, frankly, worthless. A good screen protector should pass four tests with us:

After countless flight trials over the years, our favorite by a long shot is MyGoFlight’s ArmorGlas.

To help illustrate its effectiveness, we installed the protector on an iPad 9.7″ (a model without the newer anti-reflective coating), with the screen brightness on maximum, and took it into the cockpit of a Cessna 172 on a sunny fall day – a really difficult lighting situation.

What you see below is a comparison of the iPad with no screen protector compared to the ArmorGlas. It’s hard to show in the picture exactly what it looks like in the cockpit, but you get a good idea of each one’s performance.

Here’s how it stacked up on our four criteria:

At $49.99, ArmorGlas is not cheap, but it’s comparable to other high-end screen protectors from companies like Zagg – you get what you pay for. It’s our top pick for pilots searching for an iPad screen protector that will last. ArmorGlas is available for the iPad 9.7″/iPad/iPad Air, iPad Pro 10.5″, iPad Pro 11″ and 12.9″, iPad Mini 4 -5, iPad Mini 1-3 and the original iPad 2-5.