Blog - Latest News
You are here: Home1 / News2 / The New iPad is Basically the Old iPad 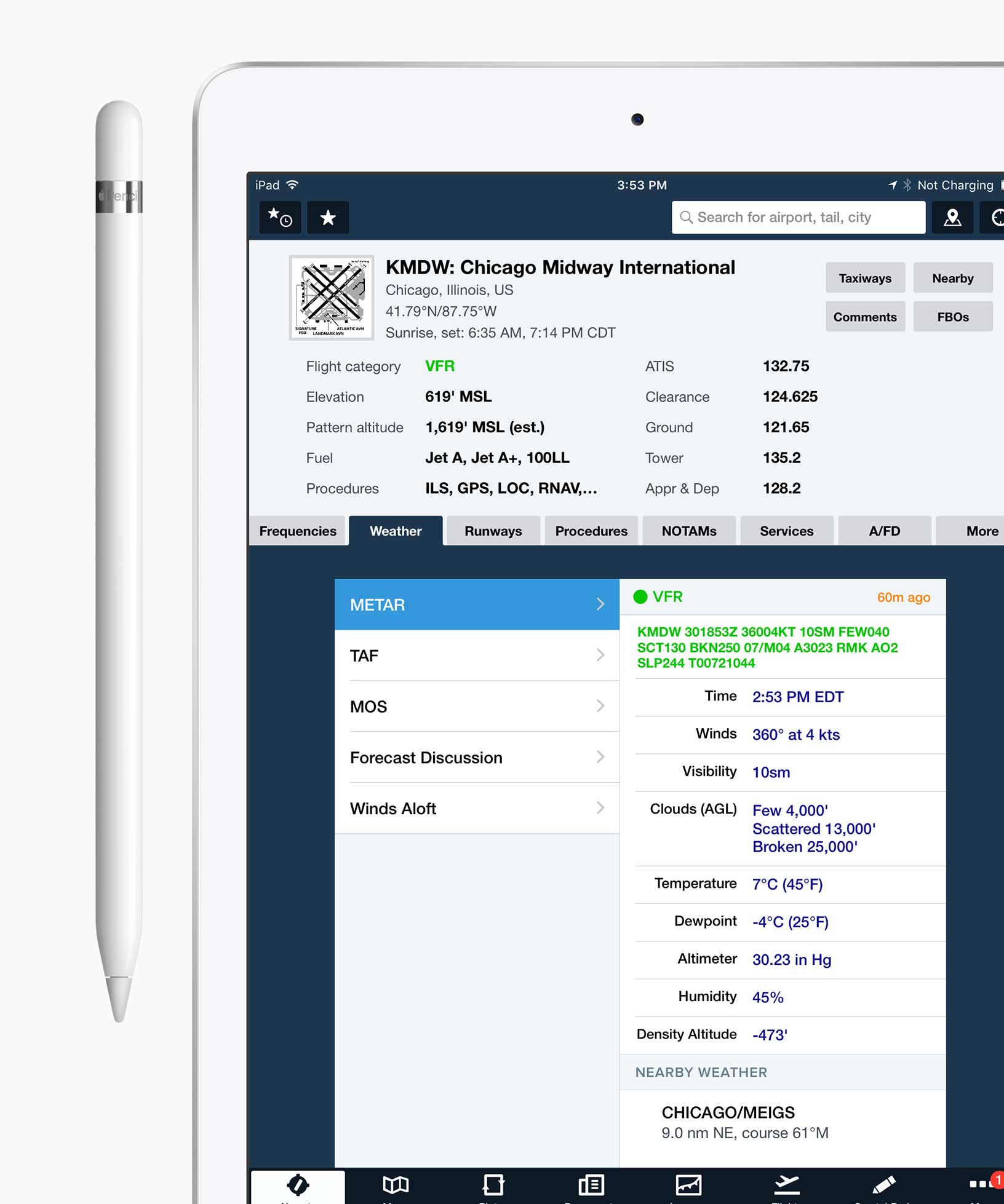 During a primarily education-focused event in Chicago earlier this week, Apple announced the release of their newest tablet. At the event, CEO Tim Cook and his executive team detailed Apple’s “creative new ideas for teachers and students.” Unfortunately there was no specific mention of ideas for pilots and flight instructors.

Beyond the educational focus of the event, an updated iPad based on the lowest end iPad in Apple’s line-up was revealed for the price of $329. That’s the same price as the previous version. You can order the new iPad now and inventory is now showing up in Apple retail locations and at Best Buy.

This new 9.7″ iPad shares the same body as the previous version and is available in silver, space gray and a new, gold finish. It also sports Apple’s new A10 Fusion chip with a claimed 40% faster processor for graphics performance.

The biggest feature addition is compatibility with Apple’s Pencil which previously was only available on the “Pro” line of iPad tablets. The Apple pencil is a $100 accessory that we have found very useful for writing down clearances, and making annotations on approach charts and taxi diagrams in the Plates section of the app. 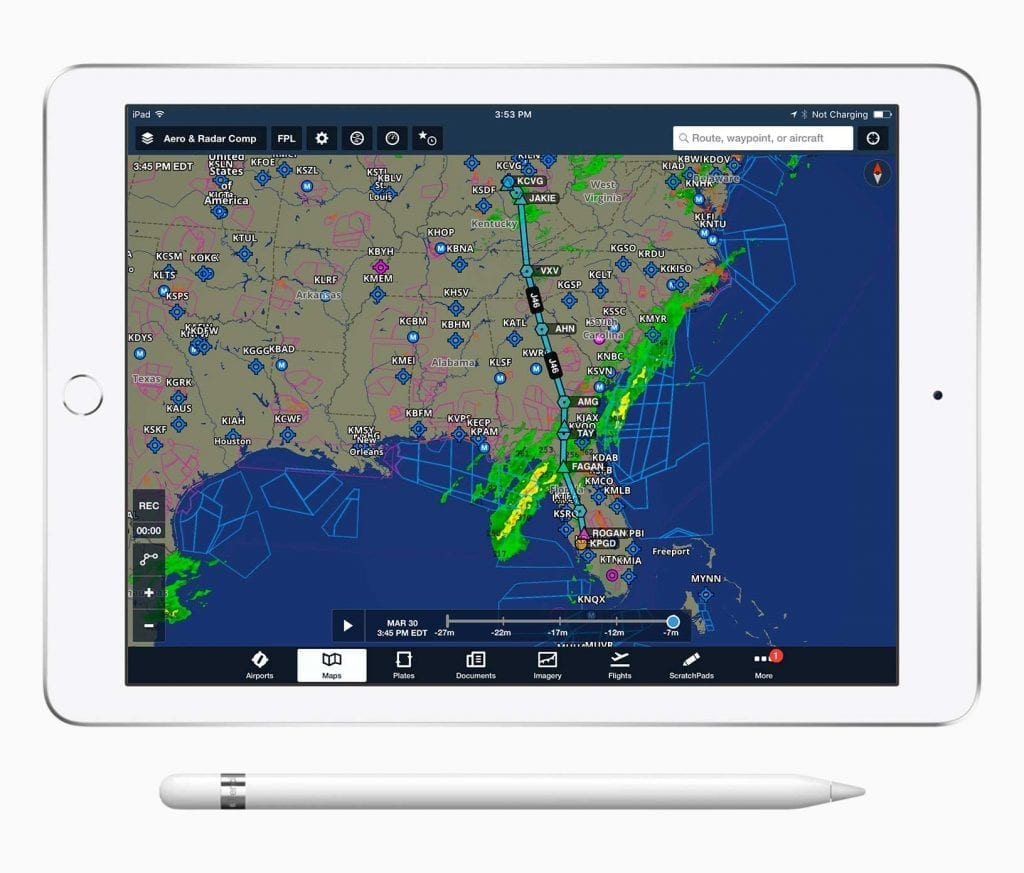 No word on a refreshed or updated version of the iPad mini. Speculation suggests that Apple may no longer develop the smaller iPad, especially with the success of their larger Plus size iPhone.

Pilots currently considering purchasing an iPad for flying may appreciate the lower entry price of this new iPad combined with the Pencil capability. If you already use an iPad in the cockpit and are happy with it, we believe at this time it’s not necessary to consider this latest device.

If you’re seriously shopping for a cockpit tablet, we still think the iPad Pro may be a better value for most pilots. While nearly twice the price, the device already supports the Pencil, has twice the storage capacity and the screen size is 20% larger. Additionally the iPad Pro screen has a custom-designed anti-reflective coating reflects just 1.8% of light. The Pro also includes the ProMotion 120Hz refresh rate display. One of the biggest hurdles for pilots flying with the iPad is screen readability especially in direct sunlight and we believe the iPad Pro improves that experience exponentially.

Which ADS-B receiver should I buy?