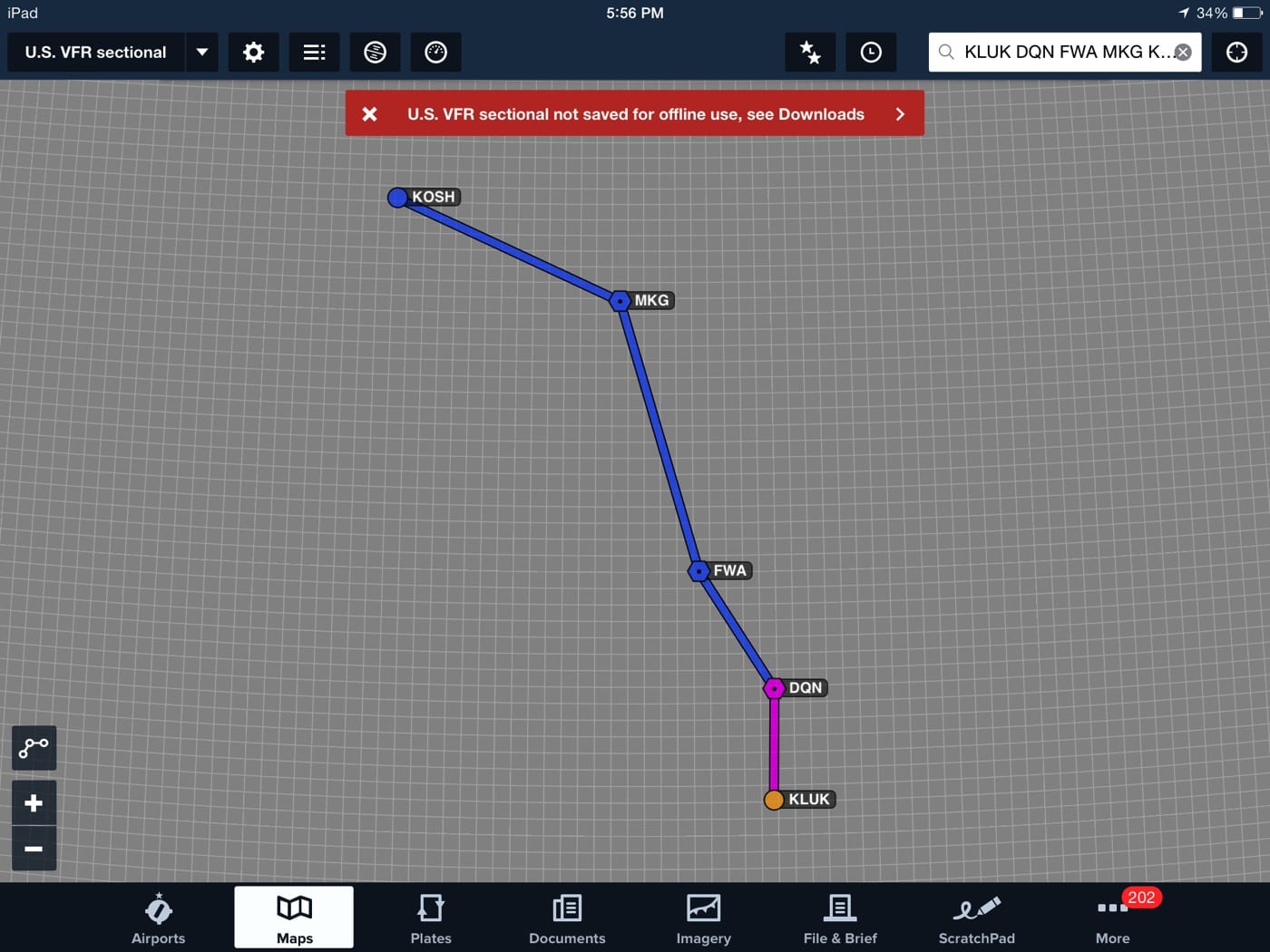 Everyone was once a beginner with the iPad (even if some of us don’t like to admit it). And like most things in life, the way we move from beginner to expert is by trial and error. Along the way, many of us made some mistakes with the iPad and aviation apps. But don’t feel bad – most pilots make the same ones at least once. 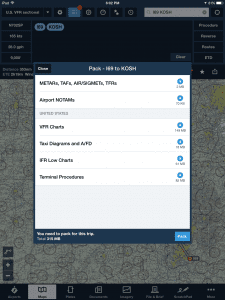 ForeFlight will help you “pack” your charts – but you have to remember to do it.

1. Forgetting to download chart databases. By far the most frequent question we receive from a pilot new to the iPad: “I was looking at charts in the FBO, but when I took off they disappeared. What happened?” The problem is that the charts were being downloaded on the fly as used the app on the ground – streamed if you like. But since they weren’t permanently saved to your iPad, and since there is no internet connection in the cockpit, the charts can’t be displayed in flight. Here’s how to avoid that problem.

2. Not using an external GPS with a WiFi iPad. Like the first mistake, this one is discovered in flight. Your favorite app showed your position on the ground when connected to a WiFi network, but once you’re in the air that little blue airplane is gone. That’s because WiFi-only iPads have no internal GPS, so they require an external source like a Bad Elf or a Stratus ADS-B receiver.

3. Leaving LTE on in flight. If you are lucky enough to fly with an LTE iPad (with built in Cellular Data connection), make sure you turn off that feature in the cockpit. As the iPad searches in vain for a cell tower, it could interfere with your panel avionics. At the very least, it will drain the battery faster. We recommend turning off all the wireless radios you aren’t actively using – for example, Bluetooth to connect to a GPS.

4. Leaving your iPad on the glareshield on a sunny day. It usually goes like this: it’s an overcast day on departure, but you climb out and get on top for cruise, so you set your iPad on the dash and relax. When you descend, you reach for your iPad to brief the approach and fid the dreaded “too hot” error message – your black iPad soaked up the sun for the last hour and is now overheated. And it won’t turn on for at least 5 or 10 minutes… after you’ve landed. Avoiding this problem is easy – just keep the iPad out of the sun.

5. Depleting your battery all the way and leaving it. The iPad’s battery is really smart overall, so you don’t have to worry about discharging it completely before you recharge it – there is no memory effect like old Nicads had. In fact, leaving an iPad totally discharged is a bad idea, as some pilots have learned the hard way. As Apple says, “If you store a device when its battery is fully discharged, the battery could fall into a deep discharge state, which renders it incapable of holding a charge.” Details here. 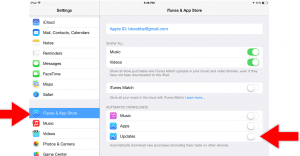 Do you really want that auto-update setting on?

6. Not understanding the app auto-update option. For some time now, Apple has offered a handy automatic update feature for apps. When your iPad is charged up and connected to WiFi, it will download and install free app updates without any interaction. This is really handy for most apps, but not always. Imagine you’re taking off at oh-dark-thirty for LAX tomorrow, and your iPad is all set to go: charts downloaded, route store, favorites set. Without you knowing it, your app happens to auto-update overnight and introduces a bug that dumps your databases. If you don’t check before takeoff, you could have an unpleasant surprise after takeoff. For that reason, we recommend turning off the auto-update feature the night before a big trip and always running the app with an internet connection before takeoff.

7. Flying with an older iPad. No, you don’t have to have the latest iPad Pro with 256GB of memory. But if you’re still using an iPad 2, 3 or 4 (or, heaven forbid, an iPad 1) that Uncle Joe gave to you for free, it’s time to consider an upgrade. You might be shocked at how fast a new iPad Mini or Pro runs, especially for high-end features like synthetic vision and animated radar. Even worse, iPad models 1 through 4 no longer accept software updates, which means you won’t be able to upgrade to the latest iOS version. 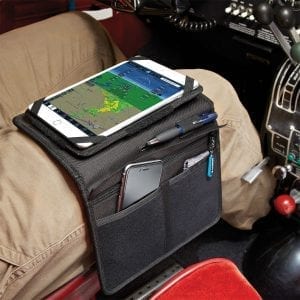 Secure that iPad one way or the other: kneeboard, mount or flight bag.

8. Not securing it in the cockpit. A new iPad is so slim and well made, it seems almost criminal to put it in a mount or a kneeboard, so you leave your fancy tablet sitting on your leg. But as you accelerate on takeoff, the iPad (with its slippery metal case) slides right off your leg and ends up in the luggage compartment. Note to self: secure the iPad in a mount, kneeboard or flight bag before takeoff!

9. Updating to new versions of iOS the day they are released. It may seem tempting to download new versions of iOS the day they’re released to try out the new features, but this can lead to more problems than it’s worth. Over the last few years, several of the big iOS updates have caused unexpected issues with aviation EFB apps and GPS accessories. To help out with this, we post all the main aviation app and accessory developers’ recommendations on when it’s OK to update after each iOS update on our iOS Green Light Update program page.

10. Focusing too much on the iPad. Yes, it can happen. We know one pilot who was so focused on loading the perfect traffic pattern entry into ForeFlight that he blew right through the pattern and cut off another airplane. The iPad is an amazing tool – good for safety and fun to use. But remember to look out the window every once in a while!

How many of these mistakes have you made? Any to add to our list?