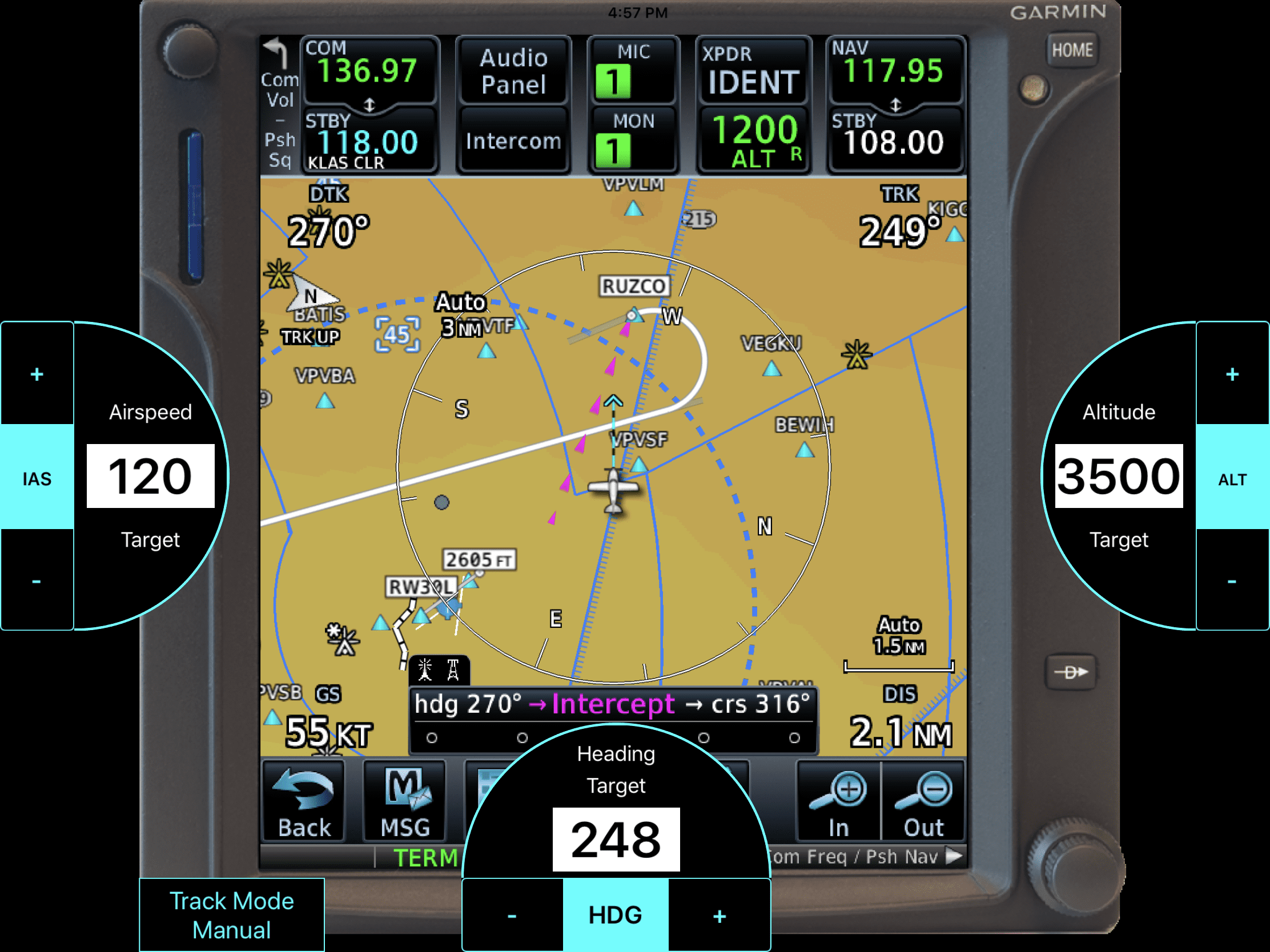 Garmin’s GTN series of panel avionics, the replacement for the legendary GNS 430/530,  has set the standard for panel-mount GPS navigators in aviation. Most notably the system features a touchscreen interface that is powerful, yet easy to learn in a matter of minutes.

To help pilots better learn the system, Garmin released a GTN training app for iPad several years ago that allows you to fully interact with either the GTN 650 or 750 using the iPad’s touchscreen interface. Garmin has done a good job with keeping the app up to date over the years to match the software updates to the GTN avionics, and the latest update is the biggest yet.

While previous versions of the app excelled at simulating interactions on the GTN display, the controls for operating the app weren’t as friendly. It was tricky to switch back and forth between the GTN 650 and 750 display, and the controls to change airspeed, heading and altitude were buried in a separate menu on the home screen.

This has all been fixed, and now the app displays a welcome screen with a setting to select which version of the GTN you’d like to launch, either the 650 or 750. It also adds new controls on the edges of the screen that allow you to quickly change airspeed, altitude, and heading, providing a more realistic training experience. You can also quickly switch from flying a specific heading to tracking the flight plan, which is very useful when practicing IFR procedures in the trainer. 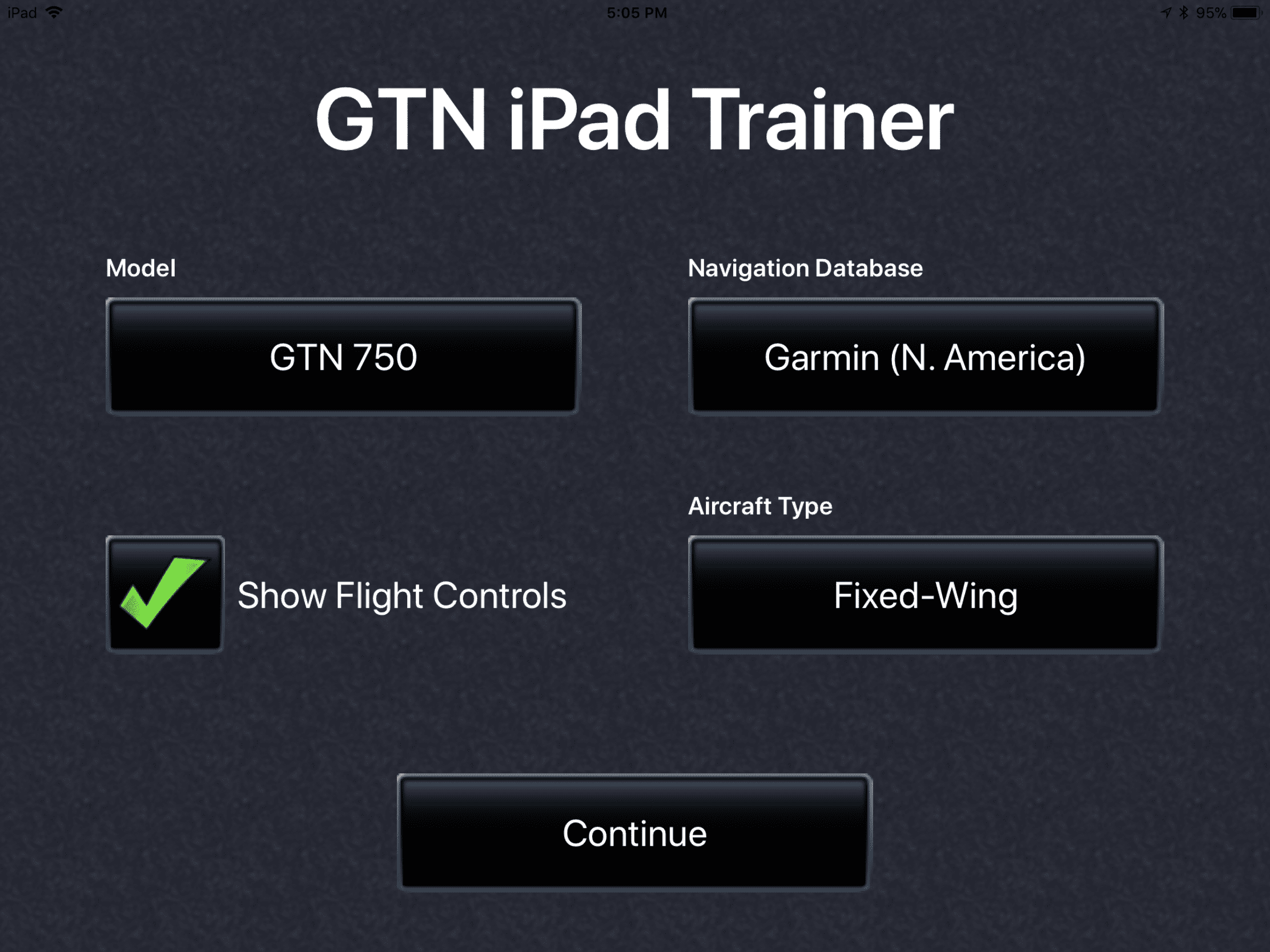 Furthermore, the new launch screen also allows you to choose between fixed-wing and rotorcraft configuration, along with your preferred database, either Garmin or Jeppesen.

Garmin initially charged $25 for the trainer app when it was first released, but they’ve since dropped the fee and you can now download the app for free. You can download the Garmin GTN trainer app here.