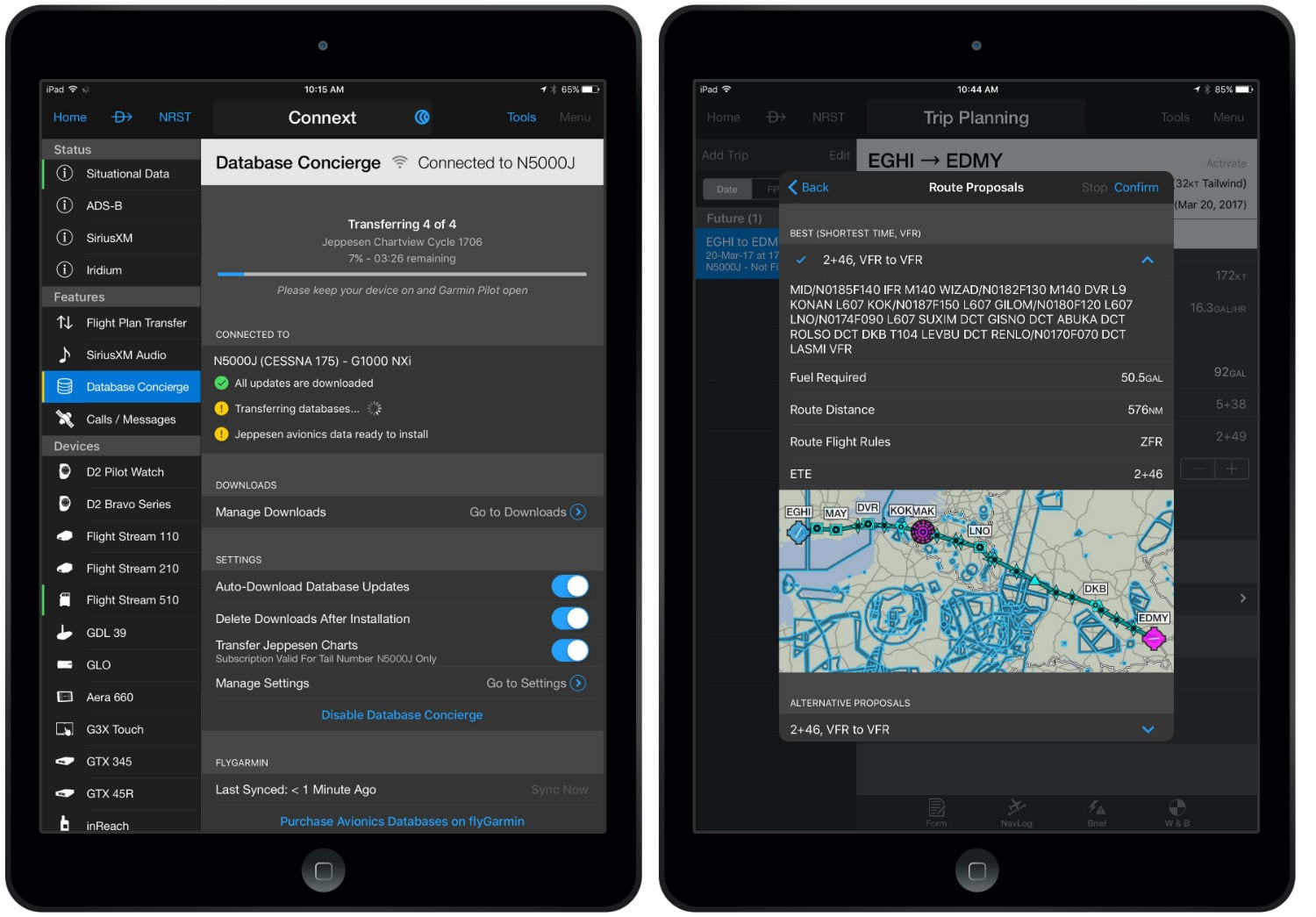 Garmin continues their rapid development pace in 2017, with a variety of new features introduced this week in conjunction with both the Sun ‘n Fun Fly-in in the US and the Aero Friedrichshafen show in Germany. These updates include new tools for European pilots, new Flight Stream functionality, and some good news for Android pilots. 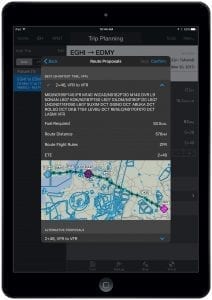 Major aviation apps like Garmin Pilot and ForeFlight have traditionally focused on the US market, but that’s started to change over the last year. ForeFlight introduced worldwide maps last summer, and Garmin has offered worldwide weather and European charts for some time. With version 8.7, though, Garmin Pilot adds some powerful features for European pilots that makes it a legitimate contender outside the US.

Most significantly, Garmin Pilot now offers Eurocontrol auto routing and flight plan filing. While US pilots may simply file “direct to,” that’s rarely an option in the complex airspace of continental Europe. As a result, choosing a route can consume a lot of time, especially on longer flights.

To use Garmin’s new feature, first go to Settings and make sure you have entered a maximum takeoff weight, climb and cruise performance data, and Eurocontrol IFR Filing service as the default in the Pilot Profile. Then go to the Trip Planning page and enter the departure and destination airports. Tap Autoroute to see proposed routes, complete with a map preview. These routes are validated by Eurocontrol, and can be customized to maximize time or fuel efficiency. To file the chosen flight plan, tap File at the top right of the screen. 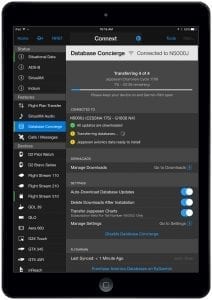 Version 8.7 also enables new functionality with Garmin’s Flight Stream 510, a tiny memory card that does much more than simply store data. This wireless bridge is fairly new, but has already found quite a following. In addition to sharing weather, GPS, attitude, traffic and flight plan information between panel and tablet, it also enables the handy Database Concierge service. This makes database updates dramatically easier. 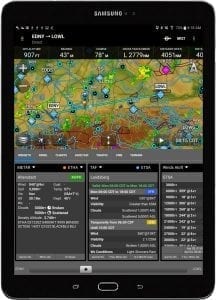 The new features aren’t just for iPad and iPhone users, though, and that’s big news. While Garmin Pilot has long supported both iOS and Android, their Android app has frankly lagged behind their iOS version. That gap closed this week, with the release of version 6.0.

The app is now a powerful tool worldwide, with flight planning, weather, maps, and VFR flight plan filing available almost anywhere. METARs, TAFs, AIRMETs, SIGMETs, NOTAMs, and winds aloft can all be displayed as map overlays around the globe. Radar and satellite images are available for the US, Canada, Western Europe, and Australia.

Beyond weather, aviation maps are now available for download for a variety of regions, matching the coverage that was previously only available in the iOS app. Garmin Pilot version 6.0 also includes European Visual Reporting Points, the FastFind predictive waypoint entry tool (a real time-saver in the cockpit), and the option to add photos to your logbook entries. It’s a solid update, and it remains our top pick for aviation apps on Android.

Download the latest update to Garmin Pilot on the iTunes App Store or the Google Play Store. The app is free to try; an annual subscription starts at $74.99/year.

Video tip: how to get started flying with the iPad
Scroll to top