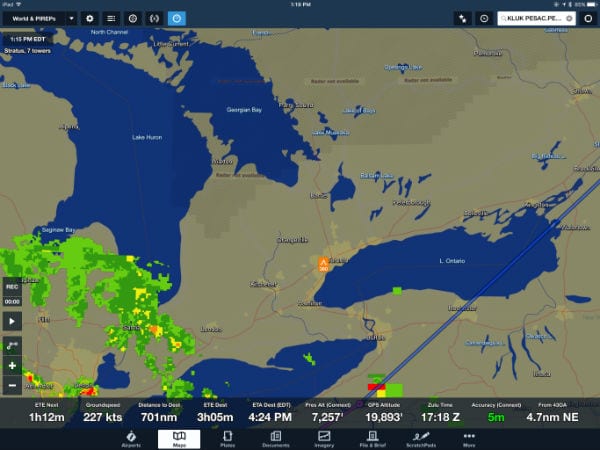 Unquestionably the hottest iPad accessory over the past four years has been the ADS-B receiver. Their ability to receive subscription-free in-flight weather was (and still is for the most part) revolutionary, and the added benefits of GPS, traffic and backup attitude just add to the utility. While US pilots have enjoyed these benefits for years, many pilots in Canada, Europe and elsewhere are wondering whether this technology works in other countries. And some US pilots are wondering if their trusty iPad accessory will work for that trip to Canada this summer.

There’s no simple answer, so let’s look at the four main features individually:

What does this look like in practice? If you’re flying in Europe with the Garmin Pilot app and a GDL 39 3D, you will see moving map with full GPS reception, plus backup attitude information – and Garmin has full European charts. You’ll also see some traffic if there are ADS-B Out equipped airplanes around, but you won’t see any weather. The app is fully functional in Europe, and the ADS-B receiver would be a nice benefit, but you’re missing a key feature.

Canada is a little less limited. To test out this scenario, we took Stratus 2S on a recent trip from Ohio to Quebec City. ForeFlight has complete Canadian charts and approach plates, so it’s a great option in terms of Electronic Flight Bag features. In addition to the charts, approach plates and airport information, ForeFlight has a full synthetic vision database for Canada. The result is what you see below: a powerful split screen view with synthetic vision (including Stratus backup attitude) on the left, and moving map Canadian VNC charts on the right. 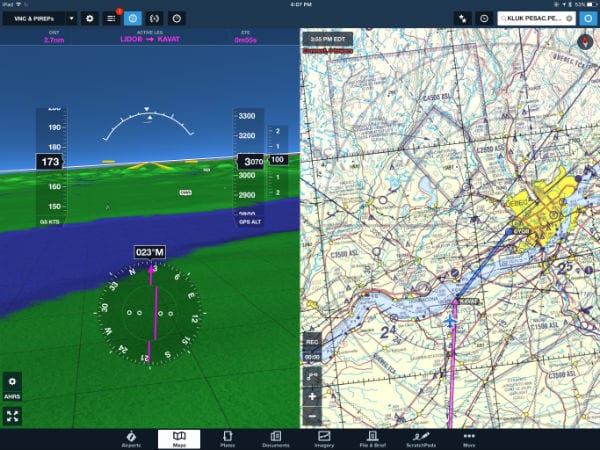 Receiving ADS-B weather in Canada is possible, but it’s limited. You need two things to receive datalink radar in the cockpit: reception from an ADS-B ground station (the datalink) and ground-based radar coverage for the area you’re looking at (the actual radar data that’s transmitted via ADS-B).

To answer the first question, ADS-B coverage does extend into Canada, but you need to be fairly close to the US border. Like a VOR, higher altitude improves reception significantly. The map below is the FAA’s estimate of coverage at 5,000 ft. AGL, which shows that ADS-B can be received around big cities like Toronto and Montreal. 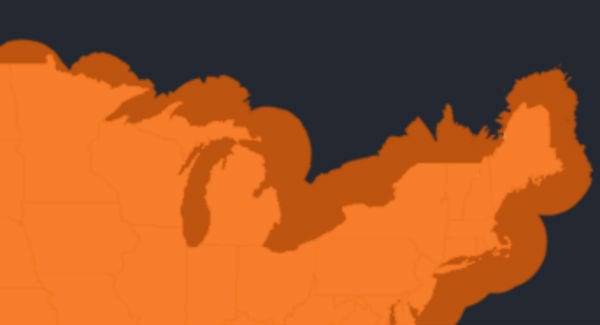 But ADS-B reception isn’t enough – it’s just a means to send data. So you next have to consider whether US NEXRAD locations reach into Canada. The answer is yes, but not very far. See the map below for specifics: 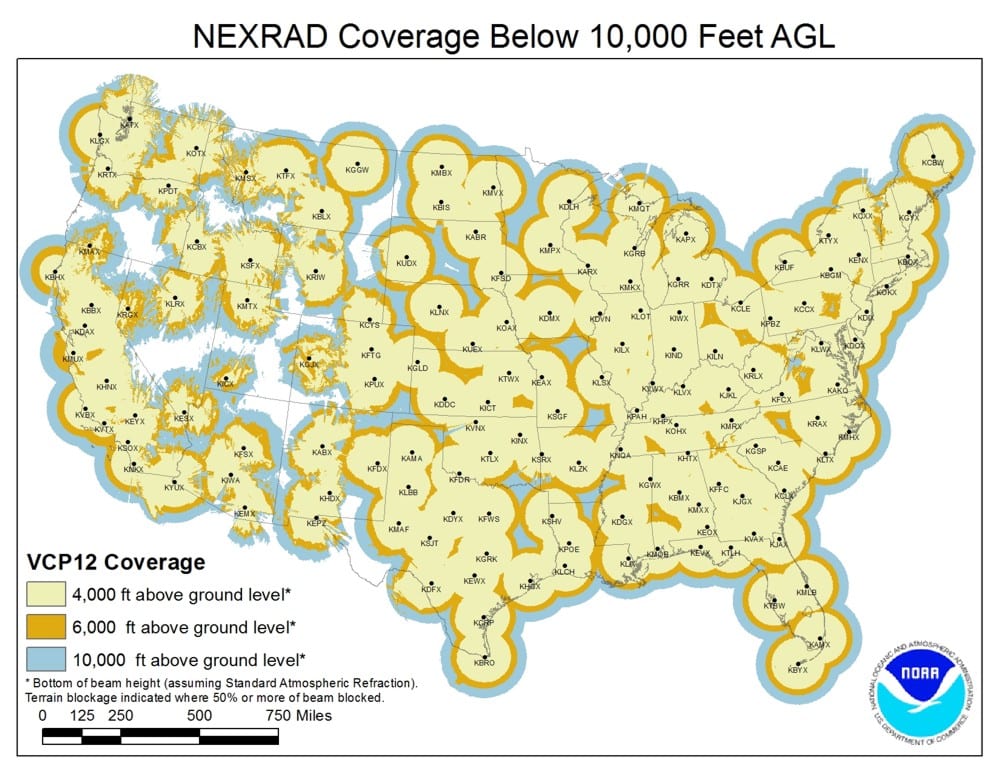 The end result is that if you’re flying to Toronto or Montreal, ground-based radar reaches to those cities, and you can receive ADS-B almost all the way there. Reception typically fades as you start descent and get close to the airport and descend.

Here’s Montreal (not the cross-hatched areas that show the limit of US ground-based radar): 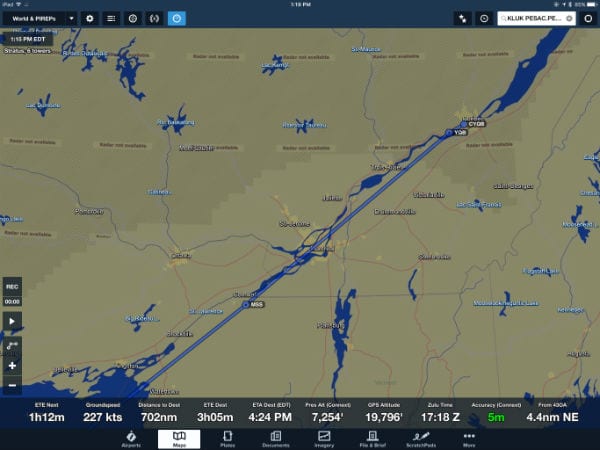 And here’s the Toronto area:

That’s the story on radar, but what about text weather? Unfortunately, as a US-based system built for the FAA, the ADS-B network does not transmit Canadian METARs or TAFs. You’ll need to listen to ATIS to get those details. You may see some PIREPs (as in the screenshot above), but those are sporadic.

So does Stratus work in Canada? Sort of. We found the synthetic vision display with attitude to be very helpful, and of course GPS is a must-have. Traffic was spotty. The radar worked most of the way to our destination, but should be considered unreliable more than 100 miles north of the US border.

Flying to the Caribbean this winter? Like Canada, there are a number of helpful features, although it’s important to understand the limitations. Check out this article from earlier this year for a detailed look at what’s available.

Use iCloud to locate a lost or stolen iPad