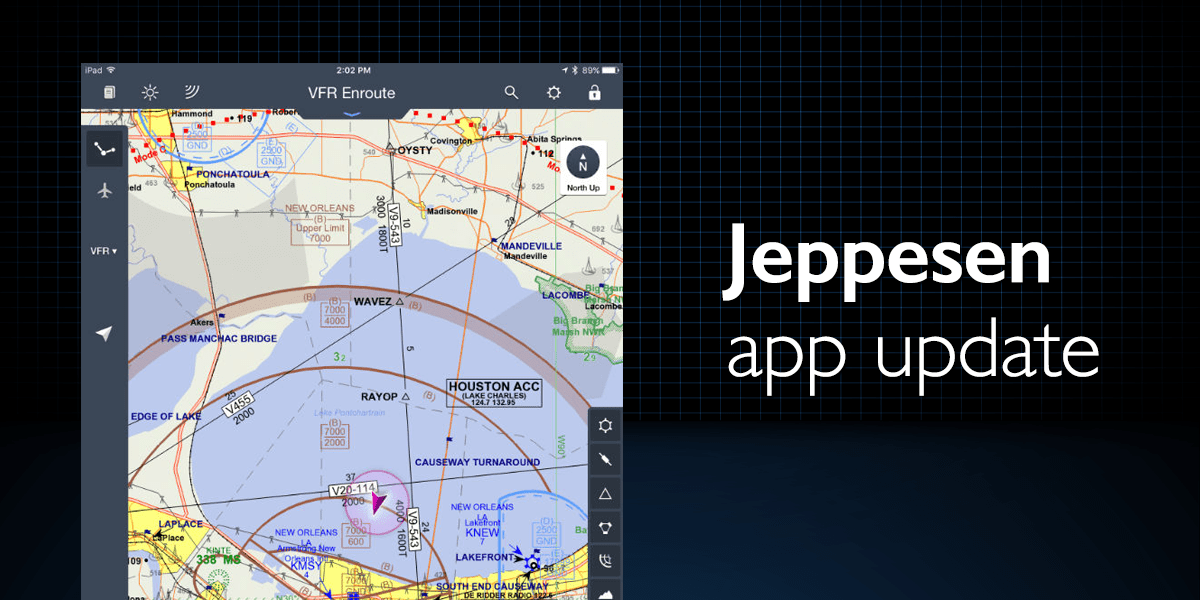 Jeppesen charts have long been a favorite among professional pilots, many of whom prefer their more detailed charts and international coverage. And while the company’s flagship app, Mobile FliteDeck, has found some success, we’ve long felt that it’s is not full-featured enough to be an all-in-one Electronic Flight Bag app. But that criticism may be less valid after the latest update, version 2.7, which adds a few important additions.

The first new feature is a VFR theme, which joins Jeppesen’s traditional IFR look. Many VFR pilots were put off by the IFR-only design, and even some IFR pilots like to have a more detailed map to review. With version 2.7, that option is now available, with data-driven en route maps that simulate sectional charts. Airport, airspace and land data automatically scale and declutter as you zoom. It’s a clean presentation, and it is a major step towards making this app more broadly accepted.

The second new feature is even more interesting. Jeppesen users can now import route information and third-party flight planning data, from sources including the AvPlan, FltPlan.com and RocketRoute apps. We know of dozens of pro pilots who plan flights on the FltPlan.com website but use the Jeppesen app in the cockpit, so this should be a welcome addition.

Mobile FliteDeck also now allows pilots to view more route information, including which origin and destination airport pairs have been cleared by ATC in the past 24 hours. This is a big time saver, especially in busy airspace.

Version 2.7 also includes a number of fixes and optimizations for the iOS 9 operating system. The app is available on the iTunes App Store.