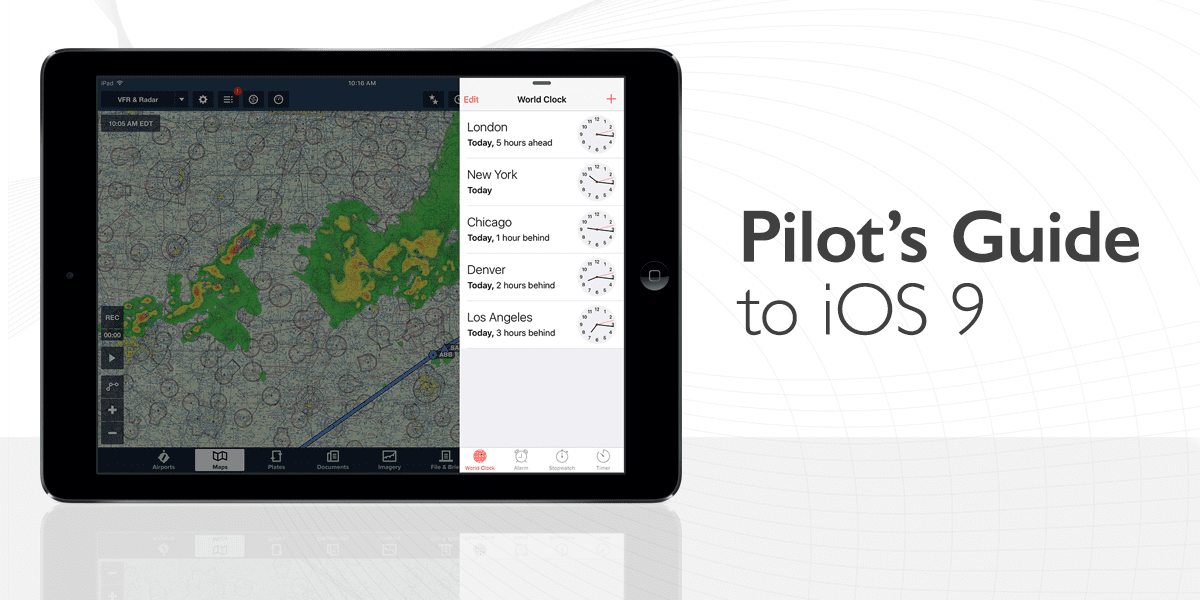 Apple released the much-anticipated iOS 9 software update for iPhone and iPad this week, introducing a variety of improvements and new features for these devices. This update isn’t as big of an overhaul as past releases, but you’ll find the that it’s still a worthwhile upgrade that will improve your overall iPhone and iPad operating experience.

There are several things pilots should take into consideration when deciding when to update, and we’ll cover them here. We’ll also take a look at several new iOS 9 features that pilots can take advantage of, based on our experiences flying with the beta version of iOS 9 over the past 3 months.

Pilots should always be cautious about updating to a brand new version of iOS version right when it is released, due to the importance of the iPad and aviation apps to our flying. While Apple and app developers test the software extensively months in advance, all new operating systems have undiscovered bugs that need fixing and may cause unexpected device or app issues (remember when iOS 8.3 prevented external GPS receivers from working properly earlier this year?). 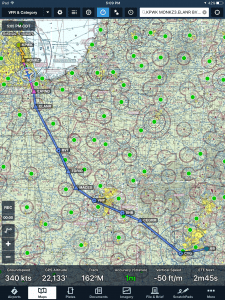 During our tests ForeFlight worked well with iOS 9, including ADS-B and GPS features from Stratus.

So it’s important to check for guidance from your aviation app developer and GPS/ADS-B receiver manufacturer to see what they have to say on the topic. A quick glance in the app store shows thousands of popular non-aviation apps advertising iOS 9 compatibility, which is a great to see just a few days after iOS 9 became available. While you won’t see many aviation apps specifically noting iOS 9 compatibility in the app store (yet), it doesn’t mean that they’re incompatible either.

Let’s start with ForeFlight, who released a Customer Notice yesterday with the following compatibility statement:

ForeFlight Mobile 7.3 is compatible with Apple iOS 9, with the exception of two minor issues: METARs and TAFs may load slowly in the Airports view when “Show Weather First” is enabled in More > Settings (disabling that setting should resolve the issue), and there is a scrolling problem on the Scratchpads view when there are enough saved scratchpads to fill the screen.

Despite the app working just fine, they still suggest that those that rely heavily on the app for daily flying to hold off for now to let the dust settle. But if you’re anxious to update and explore the new iOS, ForeFlight recommends taking the app out on a test flight or two with iOS 9 to make sure everything works as expected.

The folks at Garmin have a similar recommendation for pilots flying with the Garmin Pilot app. The developers have thoroughly tested Garmin Pilot 7.4.2 with iOS 9 and the app is working well with just a few aesthetic issues. These have been addressed though and will be fixed in the next app update. But as with ForeFlight, Garmin recommends using caution when upgrading to iOS 9 when using the iPad for critical missions.

Not all apps seem to working with iOS 9 right out of the gate though. The developers of WingX Pro, Seattle Avionics FlyQ and FltPlan.com apps are currently advising not to update, so hang tight if these are your preferred apps.

How to update to iOS 9 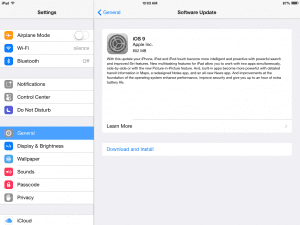 The file size of the iOS 9 update is much smaller than previous updates.

When you decide you’re ready to update, the first thing to do is back up your device using iTunes or iCloud, following these instructions. Next make sure your device’s battery is charged and are connected to the internet via Wi-Fi, and go to Settings > General > Software update, and tap the Download and Install button.

You’ll find that this update installs pretty quickly, thanks in part to the smaller file size of the download. The iOS 9 update size ranges from 800 MB to 1.3 GB (size depends on your device), compared to the iOS 8 update from last year that measured over 4.5 GB. This is good news too for those that don’t have much free space on their iPad, eliminating the need to temporarily delete apps or aviation chart databases to make room for the update.

iOS 9 features to use on your next flight

While you won’t notice anything radically different after the update, there are some helpful new features that you’ll be able use right away. This isn’t a comprehensive list of all that’s new in iOS 9, but rather a collection of items that we think pilots will appreciate while using the iPad as an electronic flight bag in the airplane. 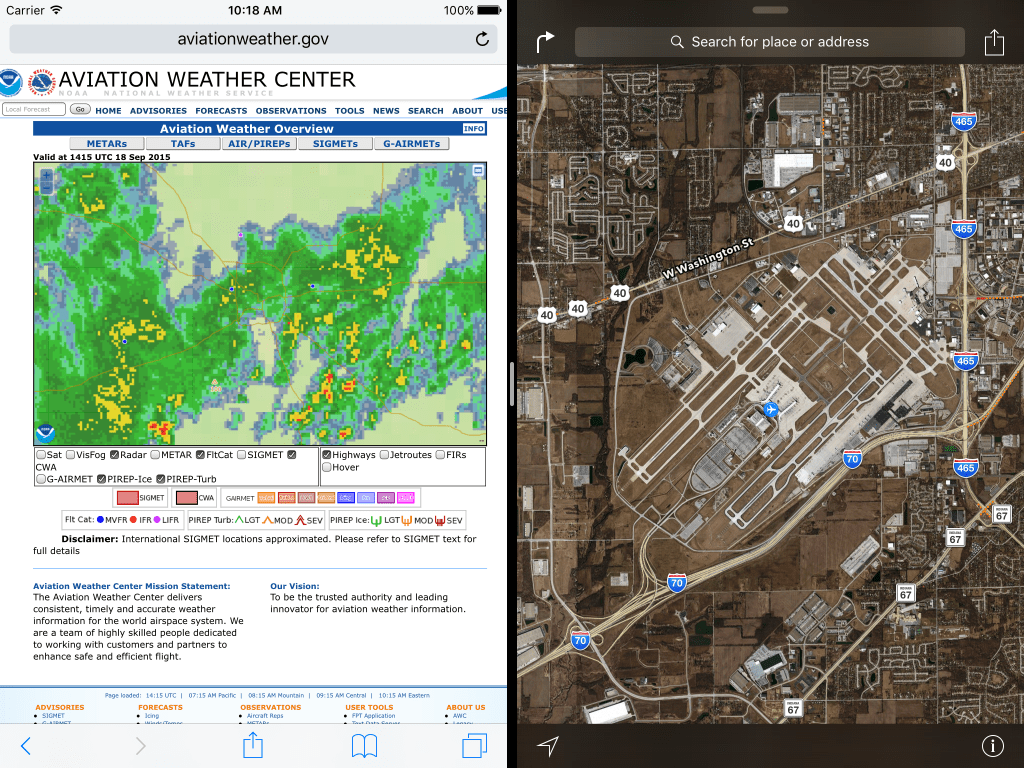 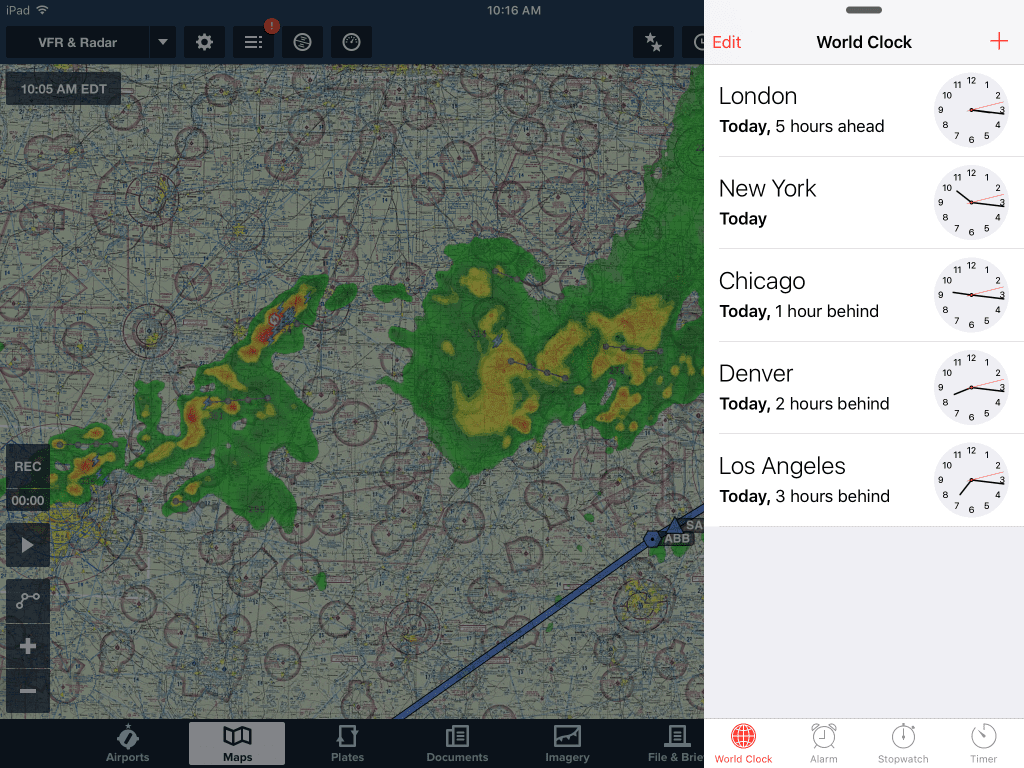 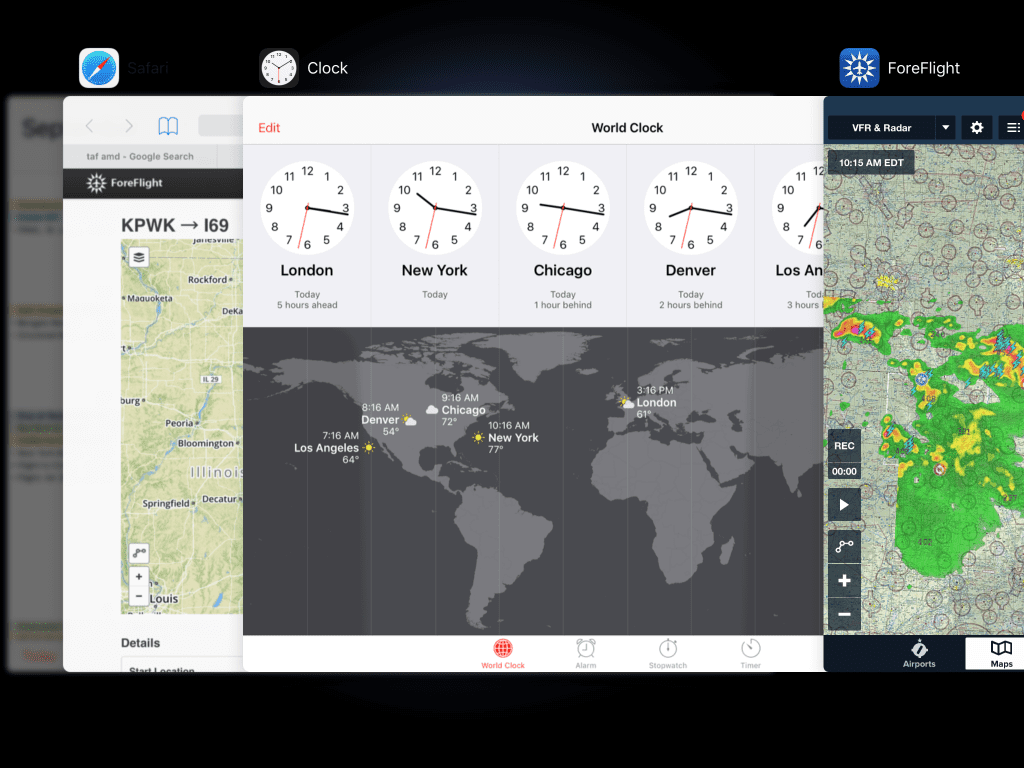 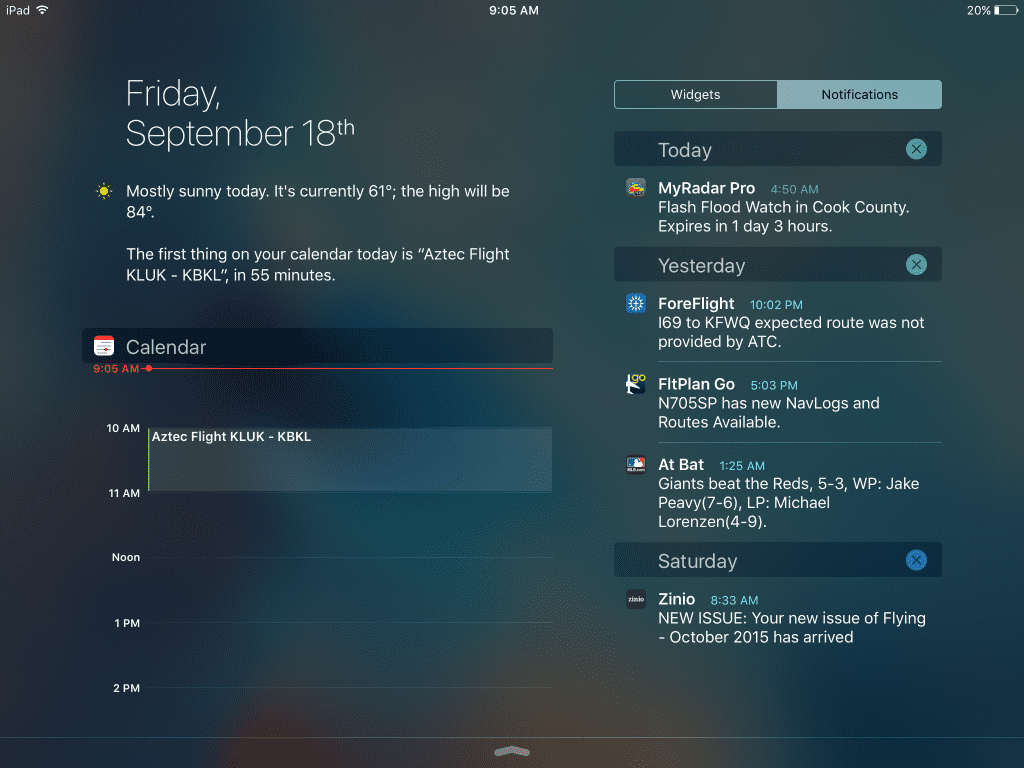 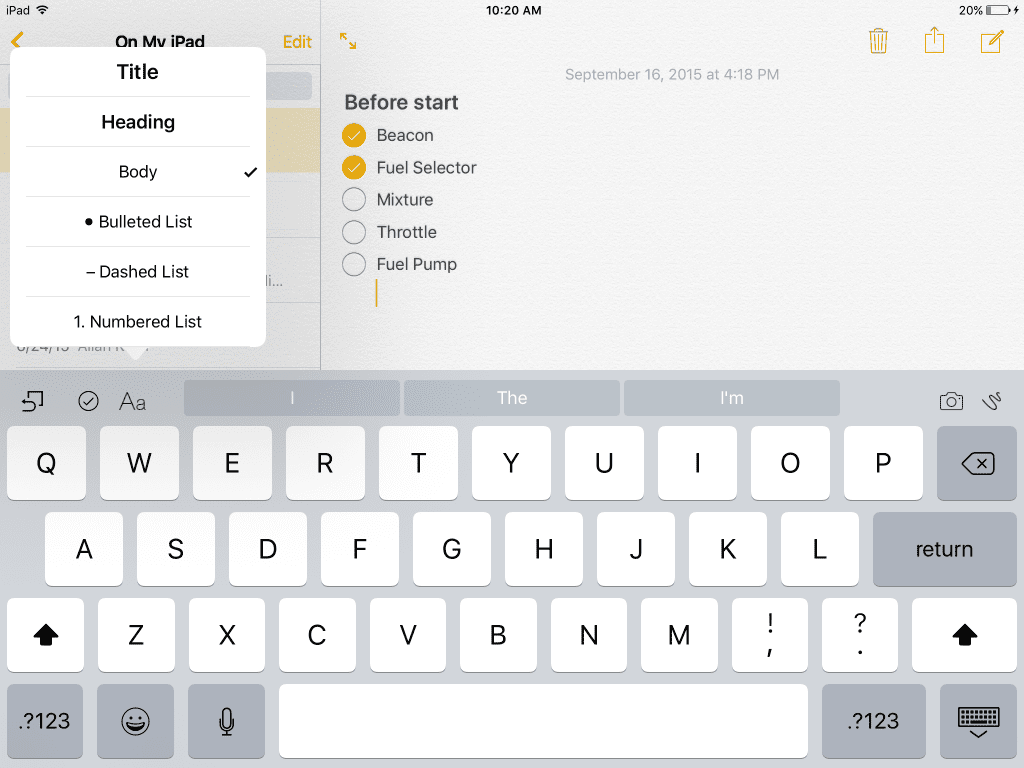 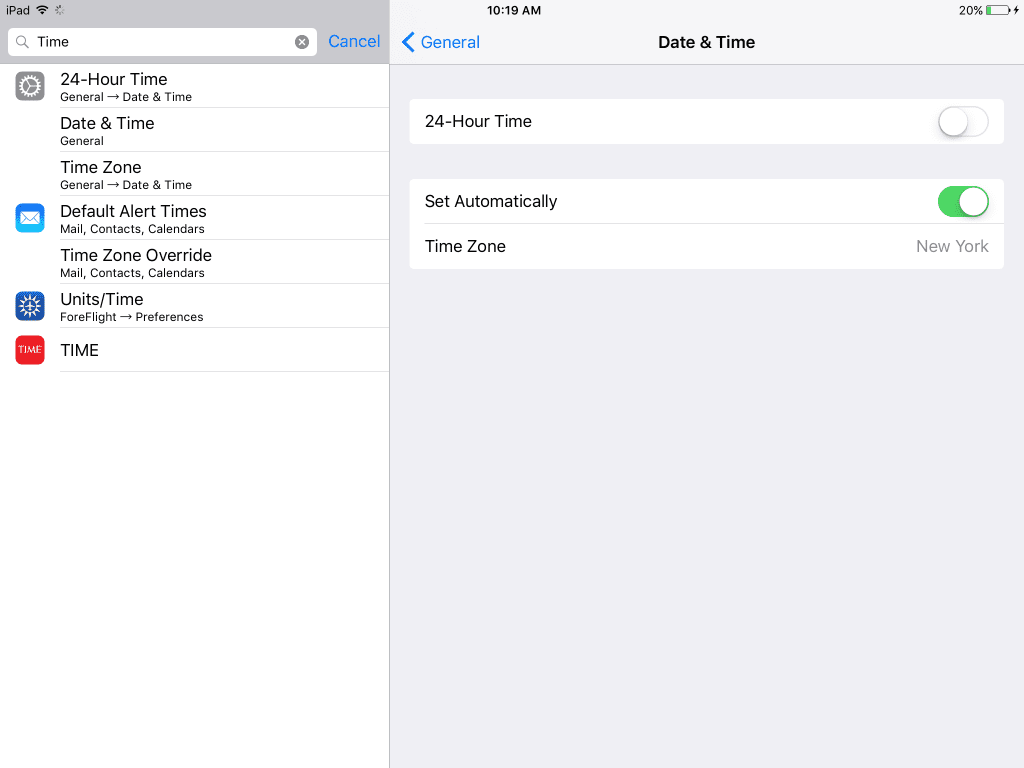 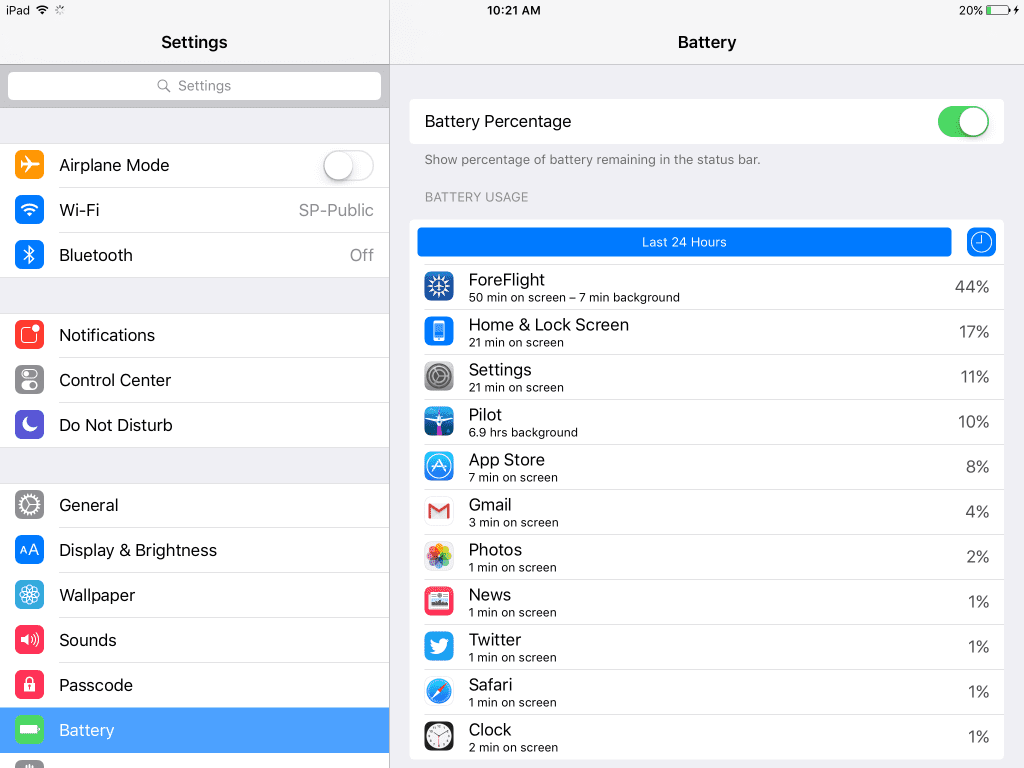 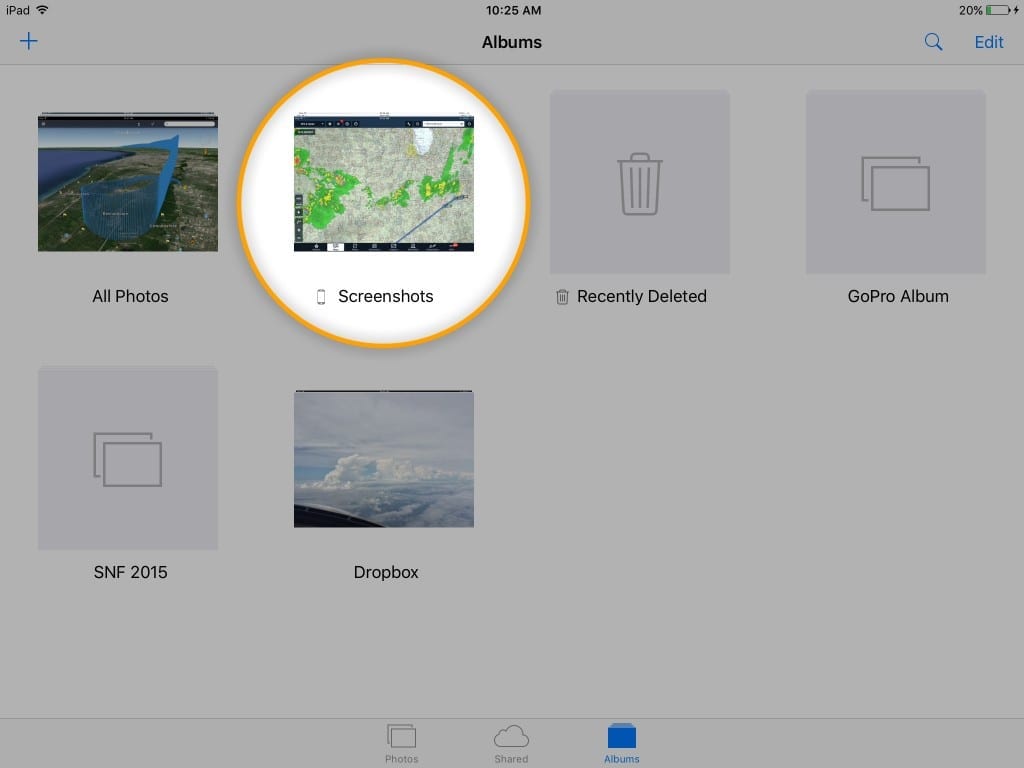 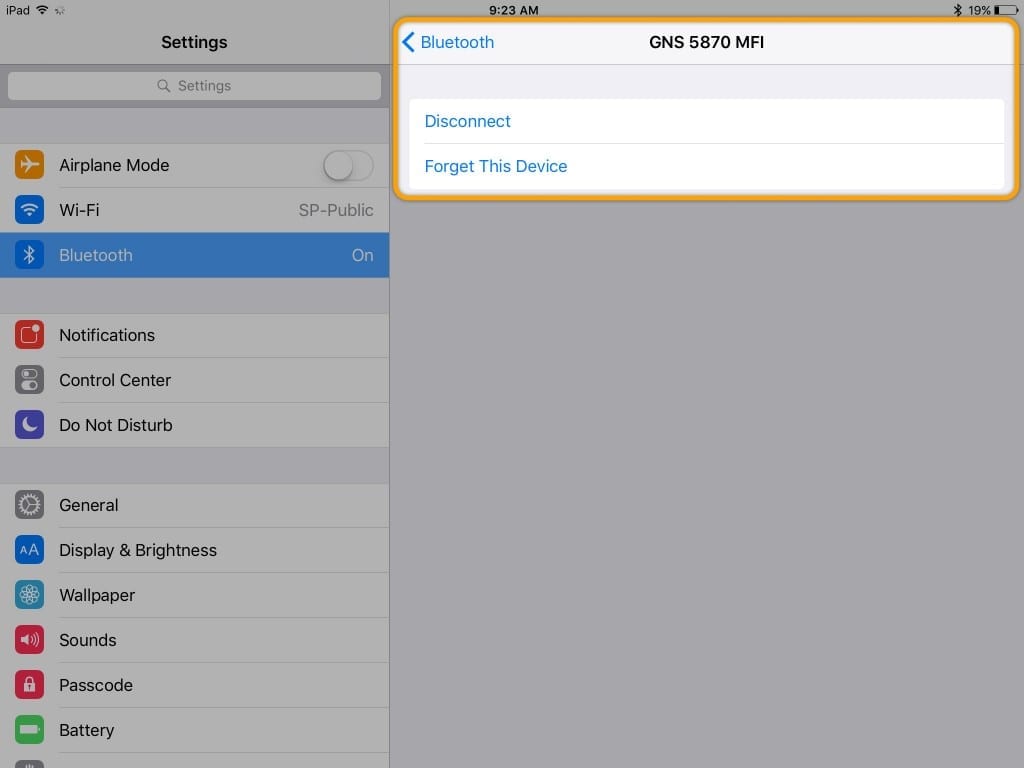