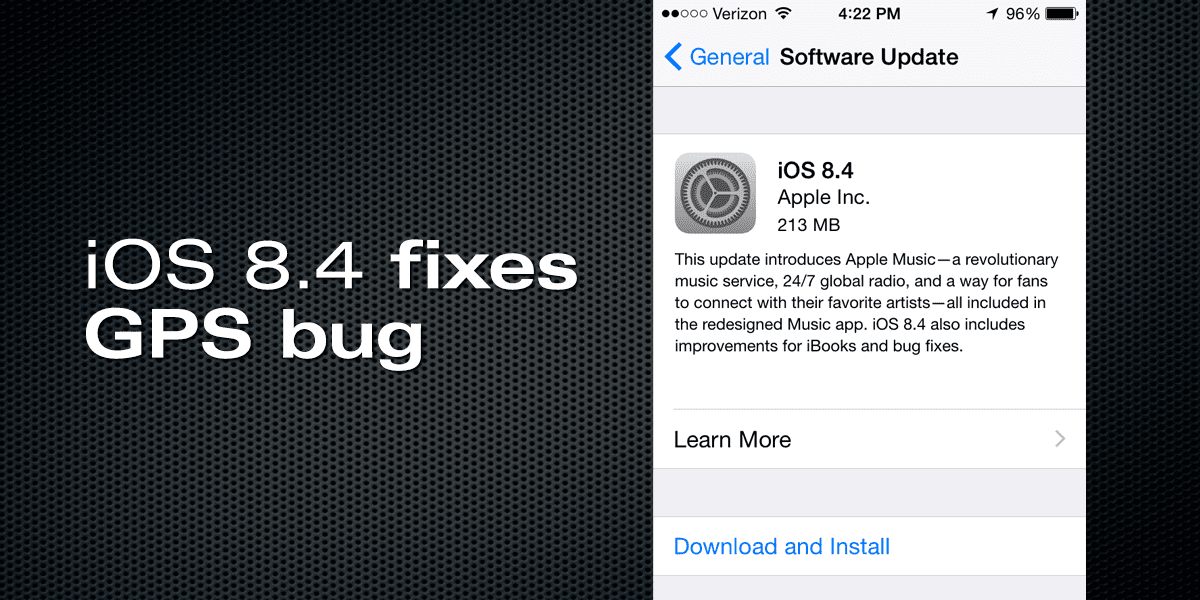 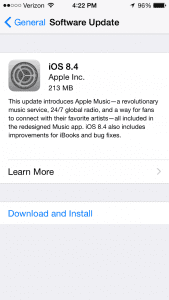 Apple released the iOS 8.4 update today for iPhone and iPad as expected. While most of the buzz centers around the new Apple Music service introduced in this update, pilots will be happy to hear that it also fixes the iOS 8.3 bug that prevented the use of many external GPS receivers with the iPad.

We successfully tested an iPad mini running the new iOS 8.4 and a Bad Elf Pro GPS with a variety of apps and are glad to report that all is working normally again. Our friends at Bad Elf took this testing a step further this morning and reported the following:

This morning we ran the public iOS 8.4 release thru our “quick QA test matrix” which covers 4 iOS device models (both cellular and Wi-Fi only), 7 GPS accessories, and 5 apps.  That’s 140 steps, and we’re happy to report all passed.

The team at ForeFlight was also quick to verify the release and here are their findings:

We have performed a quality review of the Bad Elf GPS Pro, Bad Elf GPS Pro+, Dual XGPS150, and Dual XGPS160 on a Wi-Fi iPad running iOS 8.4 and these devices perform as expected. Stratus 1 and Stratus 2 devices were not affected by this issue.

If you’ve been affected by this GPS bug we’d recommend updating to iOS 8.4 to restore normal operations with your iPad and external GPS receiver. However if you did not experience the GPS issues with iOS 8.3, we’d suggest waiting a few days to make sure no new bugs or issues were introduced before updating.

Check out this helpful guide from Apple for information on how to update the iOS on your iPhone or iPad.