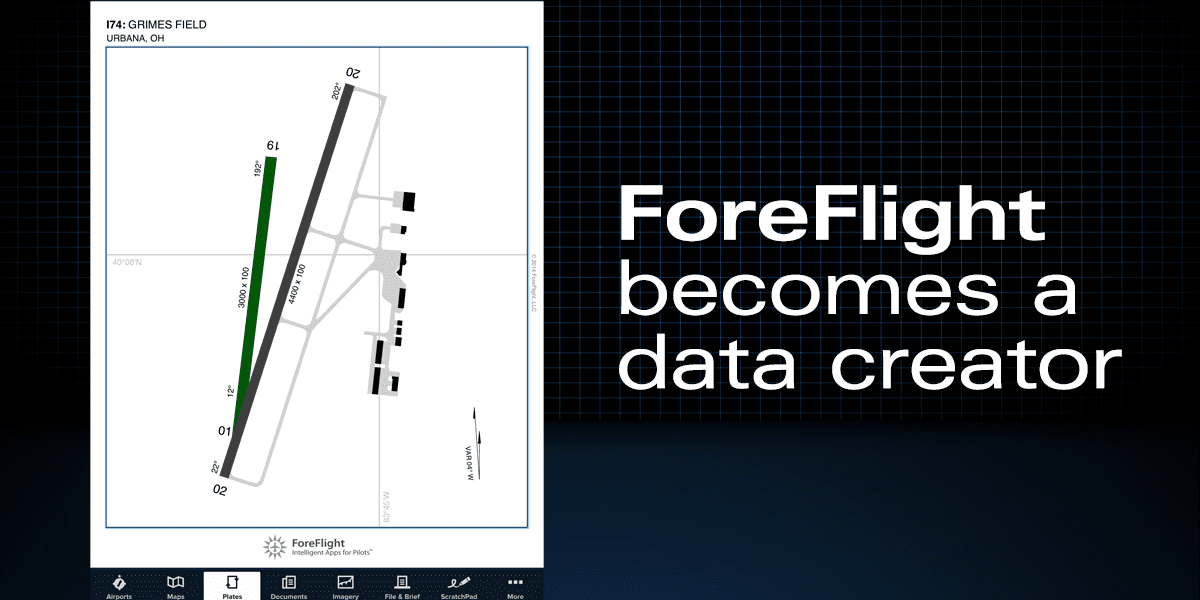 In the early days of aviation apps (you know, way back in 2012), developers pushed to add features. New releases were all about track up moving maps, terrain alerts and flight plan enhancements. Pilots considering which app to buy often compared feature charts to see who had the latest gee whiz options. The question was always, “who’s winning the race?”

Every app has taxiway diagrams, but who has the most?

While nobody at ForeFlight or Garmin is taking a vacation, over the last 12 months most of the major aviation apps have reached parity in terms of features. Certainly there remain differences between the apps in terms of functionality and style, but they all offer the essentials: moving map, digital charts, pre-flight planning, airport information and in-flight weather.

So where is the next battleground for aviation apps? It could be the Apple Watch or it could be yet another advanced feature, but that’s not our opinion. We think it’s data.

This may sound like a terribly unexciting thing to compete on, but it’s actually a big deal for pilots.

To understand, look at market leader ForeFlight. Early on, the app mostly repackaged the same FAA information that was available from many other sources, like FAA approach plates and NOAA weather maps. While that information is still available (and useful), ForeFlight now offers some exclusive content as well:

What’s next in the data wars? It’s hard to know for sure, but ForeFlight’s recent hire of a meteorologist suggests there may be more weather innovations to come. Regardless, it’s a great time to use aviation apps – the features and the data are improving every month.

Does the iPad have a “real GPS” in it?