Blog - Latest News
You are here: Home1 / Accessories2 / Flying with Stratus in an ADS-B Out airplane 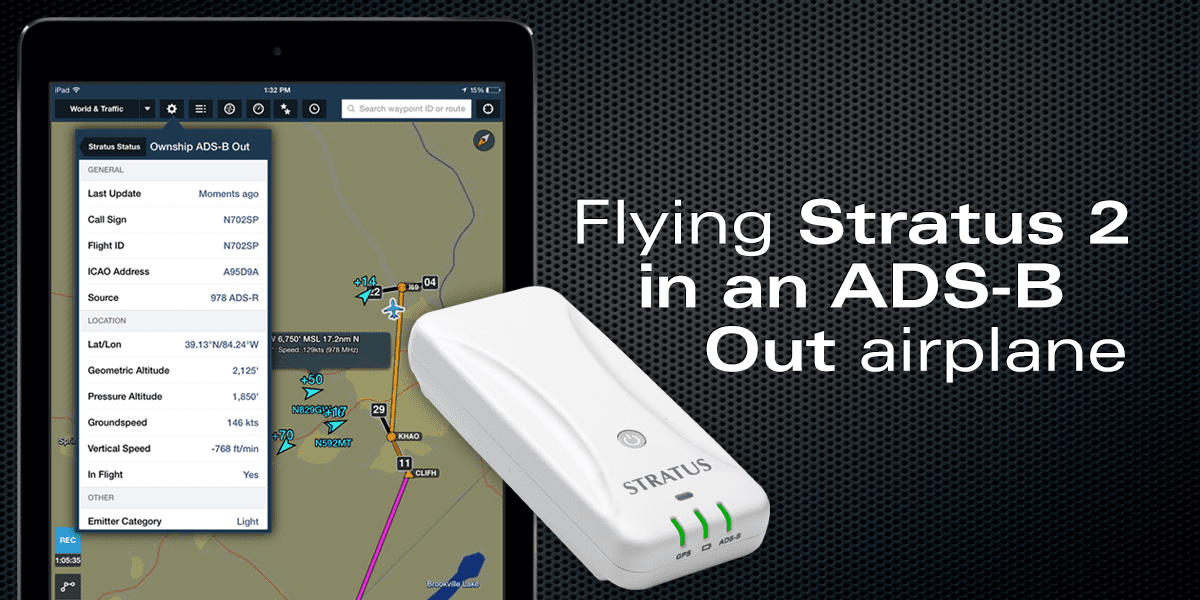 When the original Stratus ADS-B receiver first hit the market in 2012 it was designed as a portable weather receiver and GPS for ForeFlight, delivering near real-time subscription-free weather to the iPad. The following year Stratus 2 improved on this design, and added enhanced traffic and AHRS features, significantly increasing the capabilities of this portable receiver. 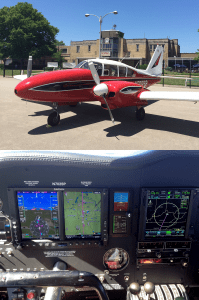 Sporty’s 1963 Aztec B, equipped with a Garmin GDL 88 ADS-B out transceiver.

While most pilots today are still buying Stratus primarily for its NEXRAD radar and in-flight weather capabilities, the traffic display is also appealing to many pilots, given that an installed traffic detection system runs thousands of dollars. As we’ve covered in past ADS-B traffic articles, you really won’t see the full benefits of Stratus’s traffic feature though unless the airplane you’re flying with is equipped with an ADS-B out transponder (read even more details here). Remember you’re required to have one of these by 2020 when flying in any airspace that currently requires a Mode C transponder.

To help demonstrate the full traffic capability in ForeFlight, we recently took Stratus 2 and ForeFlight up in Sporty’s 1963 Piper Aztec, which recently received a complete Garmin avionics upgrade. To meet the 2020 ADS-B out requirement the airplane was equipped with a Garmin GDL 88 UAT (978 Mhz) transceiver, which is interfaced to a Garmin GTN 750 GPS/MFD. We flew the system on a busy VFR fall day under the Cincinnati Class B airspace to make sure we’d pick up plenty of traffic targets.

To get started, we first enabled the traffic layer using the drop down menu on the Maps page in ForeFlight: 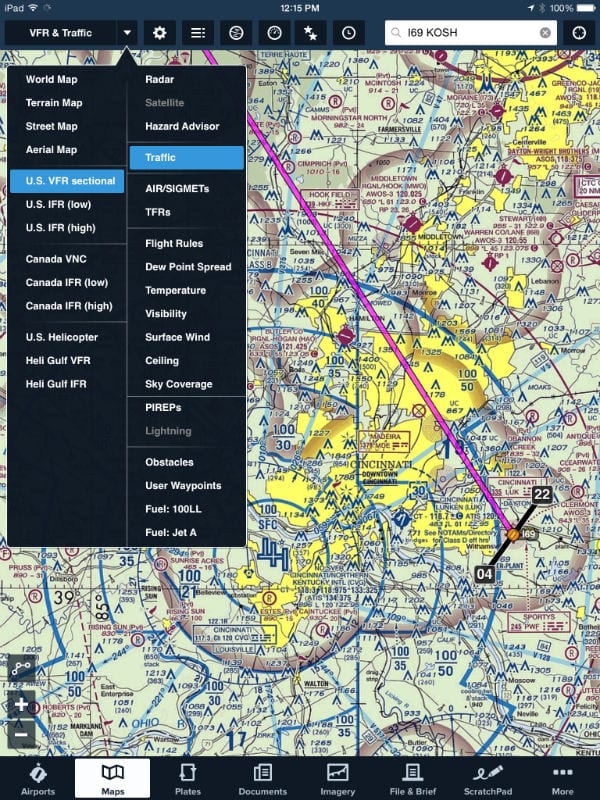 Only a few hundred feet off the ground ForeFlight immediately showed all the aircraft flying around us: 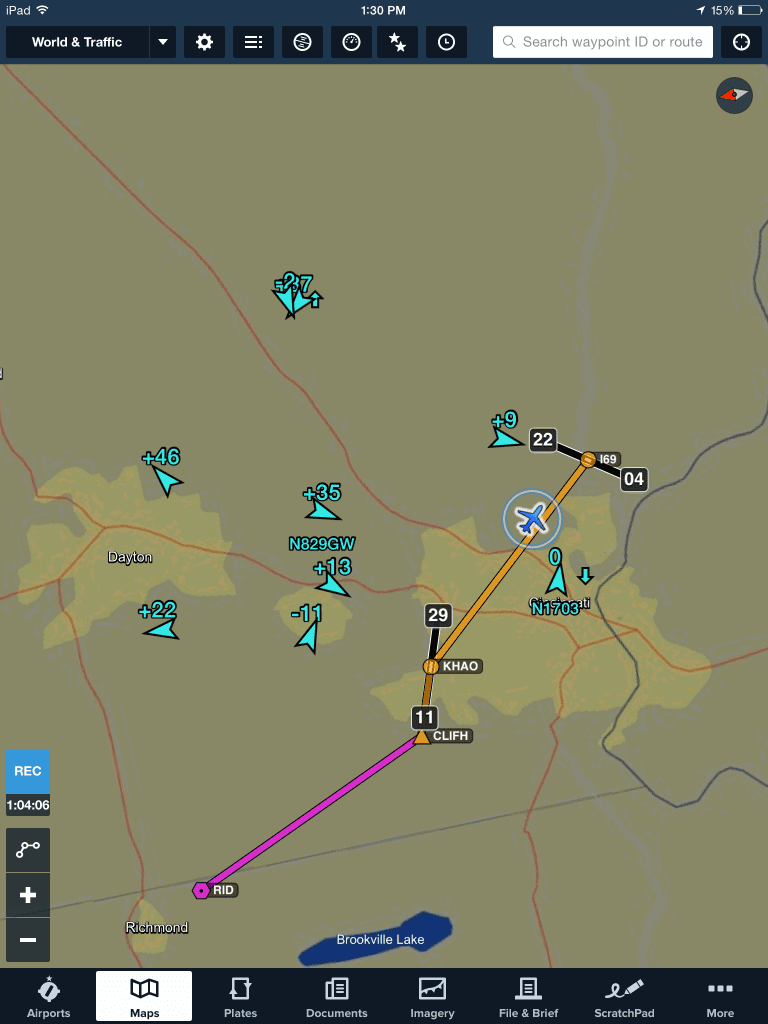 This next image shows the two types of ADS-B traffic targets — one of them is equipped with an ADS-B out transponder and the rest are not. The aircraft displaying the N# (N1703) beneath the symbol is ADS-B out equipped, and the other aircraft shown are being re-broadcast to us from ATC radar through the ADS-B ground stations (TIS-B). This is a custom traffic picture sent specifically for us, and includes all the aircraft within a 15 mile radius, +/- 3,500 feet. To help further illustrate the differences, if you were not equipped with ADS-B out in this scenario, Stratus would only detect the single plane here that has ADS-B out, and you would see the image on the right: 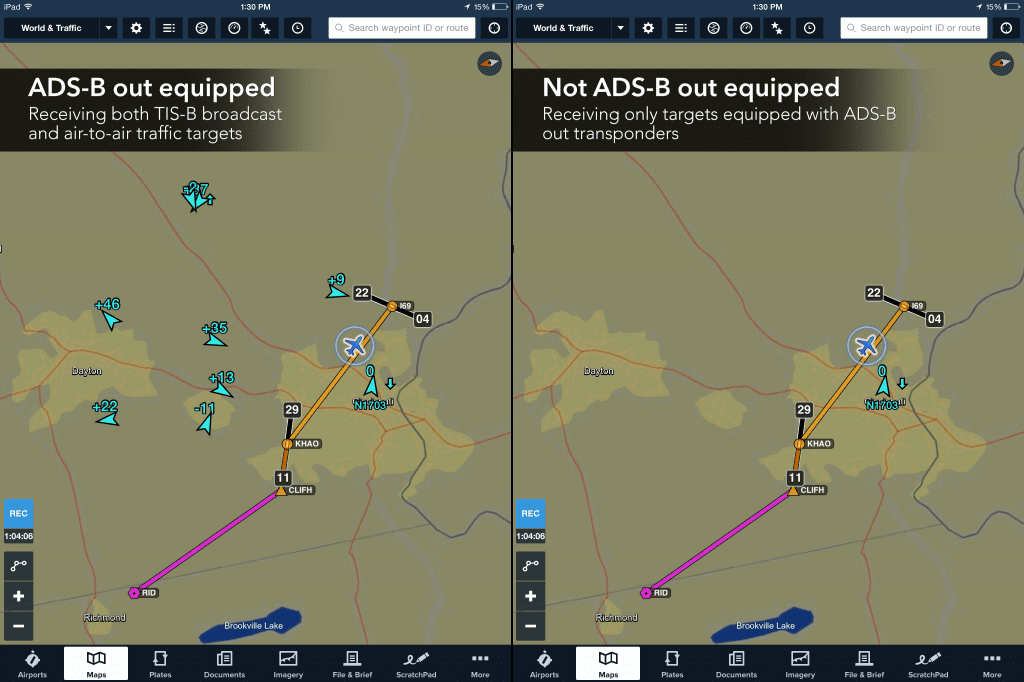 You can tap on a traffic symbol to get more info about it, including altitude, heading and groundspeed. You can also see what type of transponder they are equipped with, either 978 or 1090 Mhz: 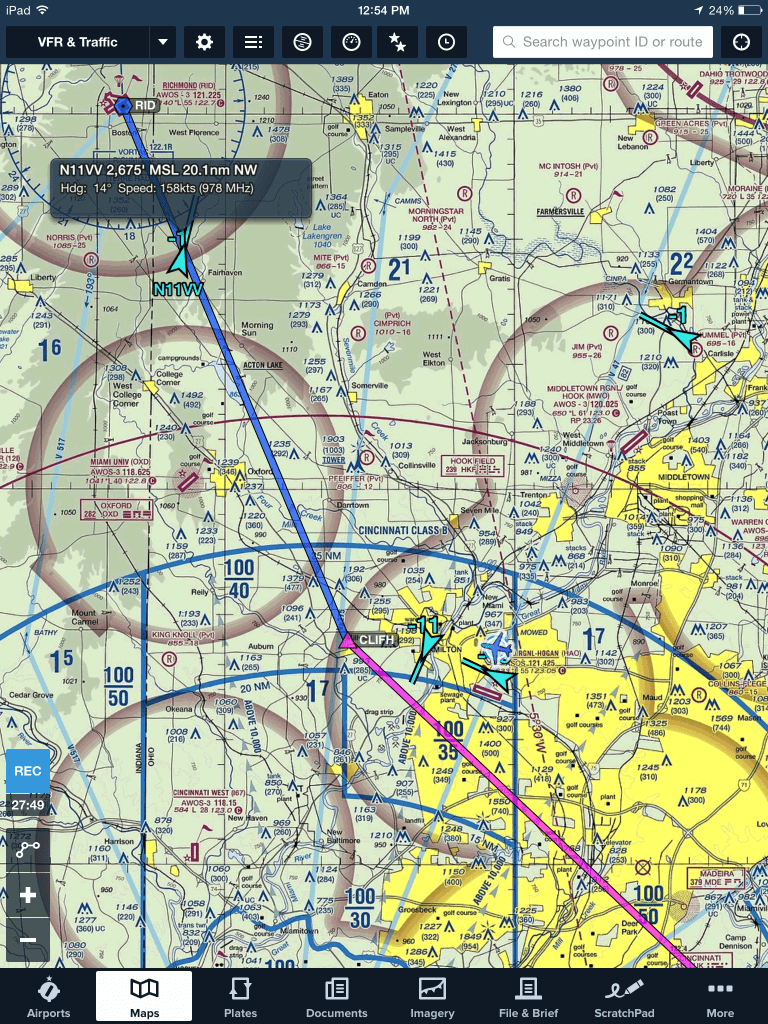 When flying in an aircraft equipped with ADS-B out, ForeFlight will display some additional information in the Stratus Status section. From this drop-down menu select Ownship ADS-B, and you’ll see complete details about the info that you’re transmitting: 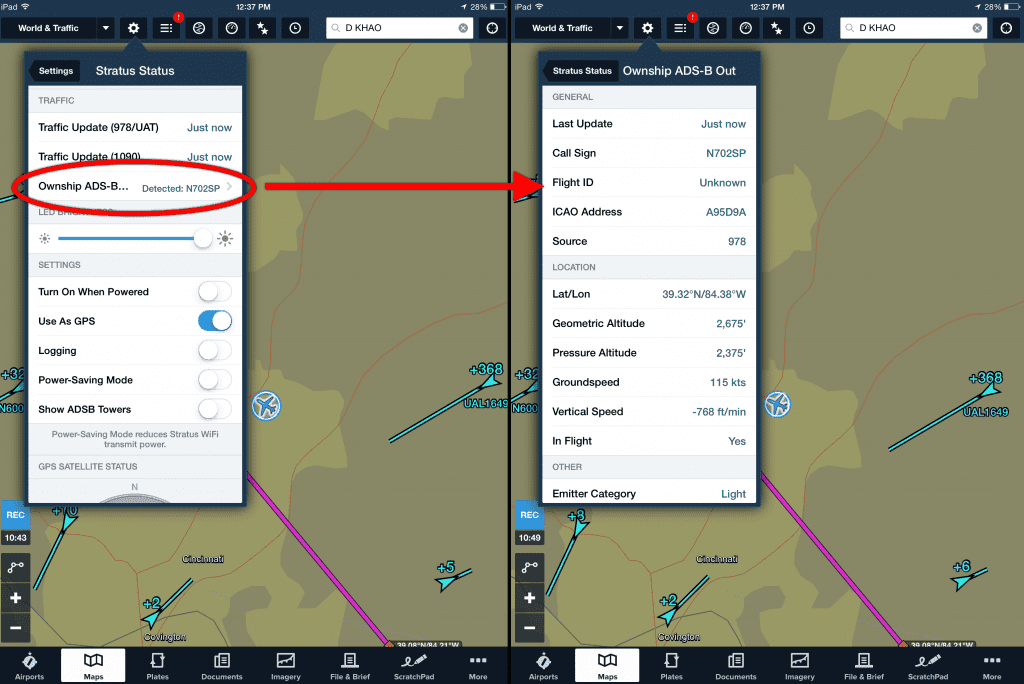 You’ll also receive the benefit of ForeFlight audio traffic alerts when equipped with ADS-B out. While all Stratus users will receive the visual traffic alerts in ForeFlight (shown below), the app must detect that you are transmitting ADS-B out to compute a more-accurate traffic conflict before playing the warning audio: 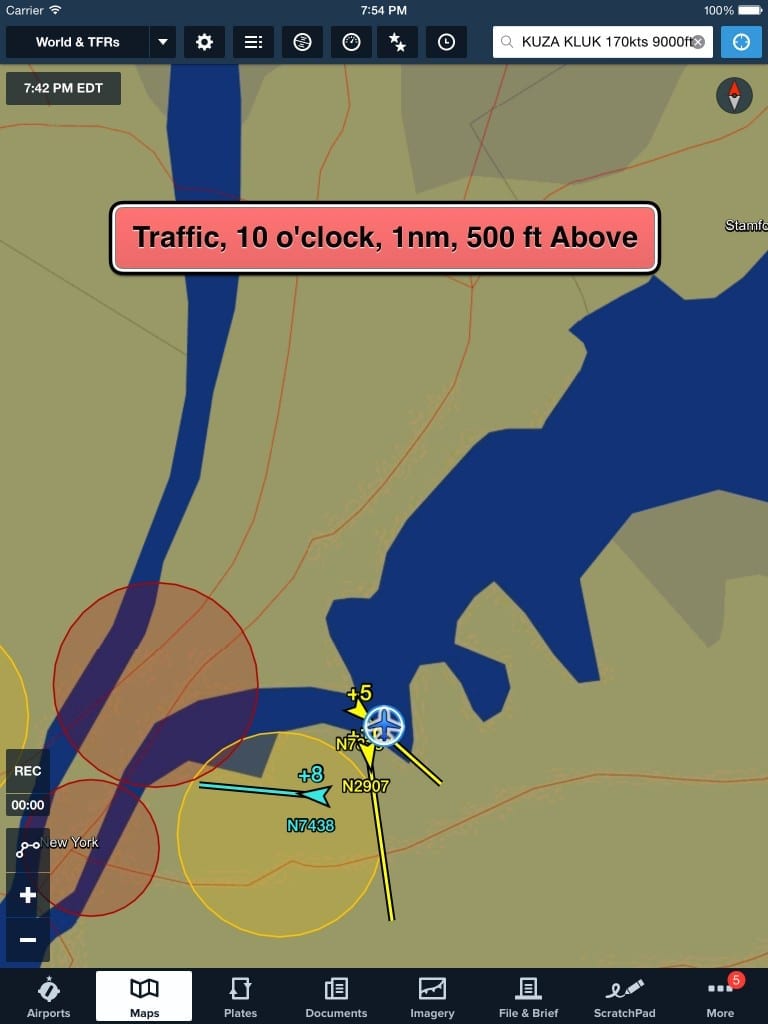 Get more out of your iPad with iOS 8 Widgets