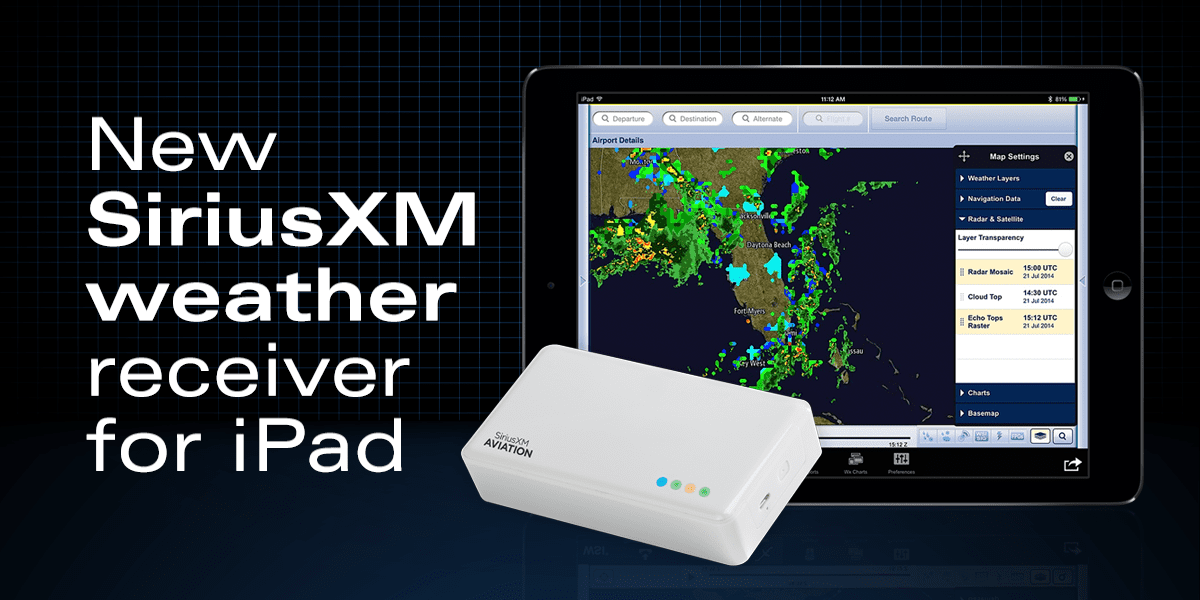 There’s little argument that more pilots are flying with onboard datalink weather today than ever before, thanks in large part to the iPad and portable weather receivers. Most pilots are taking advantage of the subscription-free FAA ADS-B weather broadcast, which provides nationwide NEXRAD radar and a full suite of text weather products, TFRs, NOTAMS and more. There are, however, a few limitations when using the ground-based ADS-B network for weather, like limited reception when on the ground, lower radar resolution and a lack of advanced thunderstorm analysis products.

To give pilots another datalink option and add some additional functionality, SiriusXM recently debuted a new a satellite-based receiver, providing a premium source of in-flight weather for display on the iPad. But before we dive into this new receiver, let’s take a quick look at the history of the XM and Sirius satellite-based weather services. 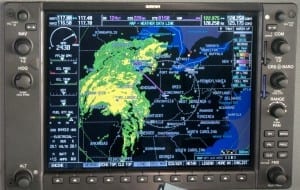 XM satellite weather debuted in 2003 and was initially available for certified avionics.

XM, the company behind the popular satellite radio service, began broadcasting datalink weather from its satellites in 2003. During the 2000s, most pilots received this weather data with either installed avionics and glass cockpits, or with one of the Garmin handheld GPS receivers, like the 696 or 796. The monthly fee of around $30 was a small price to pay to have near real-time nationwide radar imagery available in flight.

The iPad then hit the scene in 2010 and quickly became the portable GPS of choice, and pilots moved on from handheld GPS receivers in favor of the less-expensive tablet from Apple. About a year later, WxWorx/Baron, the weather provider behind the XM service, released a receiver that allowed you receive this weather data and display it on your iPad with the ForeFlight app.

Unlike the initial release of satellite weather in 2003, this product never really took off with pilots. It was clunky to set up, required numerous wires strung around the cockpit for power, antennas and an external WiFi transmitter. The product was also challenged by the simultaneous release of numerous portable ADS-B receivers around the same time. These by contrast were easy-to-use wireless devices, containing an internal battery, and required no monthly subscription fees.

Fast-forward to today, where XM has since completed a merger with former rival Sirius, creating the new SiriusXM satellite radio company. After the merger, SiriusXM rolled out a new lower-cost datalink weather service using WSI as the provider, and delivered it over a different satellite system than the original XM/WxWorx/Baron broadcast.

To receive the SiriusXM/WSI service you need a new receiver/antenna, of which there are only a few currently available. The first receiver was released by Garmin back in February and allows Garmin 796 owners to pick up and display the weather feed on handheld GPS devices. The latest entrant to the market was just announced yesterday, called the SiriusXM SXAR1, and brings this same high-quality weather to the iPad. 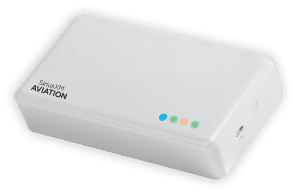 The SXAR1 is a low profile wireless receiver that rests on your glareshield. The all-in-one device receives the SiriusXM datalink weather broadcast and sends it wirelessly to your iPad using Bluetooth. The receiver has an integrated 5-hour battery and relies on internal antennas, meaning it is completely wire-free. Like the previous satellite weather services, you’ll still need to pay a monthly subscription fee of $34.99/month, but this gets you a premium datalink weather service with features not available over ADS-B:

Of course you’ll also get all the standard text weather products, AIRMETs, SIGMETs and TFRs as well. This base level subscription includes much more than the previous entry-level package from XM, so we really don’t see a need to upgrade to the higher tiers. You can check full details on the three subscription packages here. 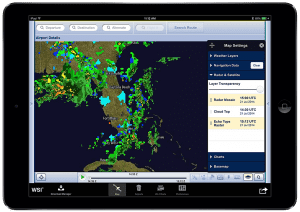 The SXAR1 will initially be compatible with the WSI Pilotbrief app, but expect compatibility with additional apps soon.

The receiver can connect to one iPhone or iPad over Bluetooth, and can also additionally connect to one headset to listen to satellite radio. The SXAR1 also includes an internal GPS, so it’s an all-in-one solution. It will initially be compatible with the WSI Pilotbrief app, though expect to see additional apps added soon.

SiriusXM satellite downlink weather is not for everyone, especially when compared to the reliability and completeness of the subscription-free ADS-B weather broadcast. But for pilots operating in remote regions or for those who prefer the premium weather products available on satellite weather, the SXAR1 weather receiver for iPad is sure to be a hit.

The SXAR1 is available for $699 from Sporty’s, and you can get a $300 rebate when you sign up for at least 6 months of service. It’s available for pre-order now and will begin shipping at the end of August.

How to organize your approach plates in ForeFlight