Everyone knows how to open an app on the iPad–just tap the icon and it’s off to the races. This is one of the things pilots love about the iPad. But what about closing apps–do you know the difference between sleeping an app, shutting down an app and deleting an app? It’s an important distinction that comes into play when an app starts misbehaving.

How to close an app

Say you’re planning a flight on your iPad, and you open up ForeFlight. When you’re finished with the app, you’ll most likely swipe up from the bottom of the screen (or press the home button if your model has one). This takes you back to the home screen and you can open another app. Did you close ForeFlight? Sort of. What you’ve actually done is put the app in sleep mode. The app is paused, and no longer running front and center, but it’s not fully shut down. You can open the app back up and you’ll pick up right where you left off. It’s great for switching back and forth between multiple apps.

To completely close out an app, swipe up from the bottom of the screen (or double-tap the home button) to bring up preview windows of apps you’ve recently had open. This shows your most recently used apps, and you can swipe from left to right to view additional apps. To reopen one of these simply tap the preview window. If you want to completely close the app, swipe the preview window towards the top and then off the screen. You can do this to some or all of the apps in your lineup of recently used apps. 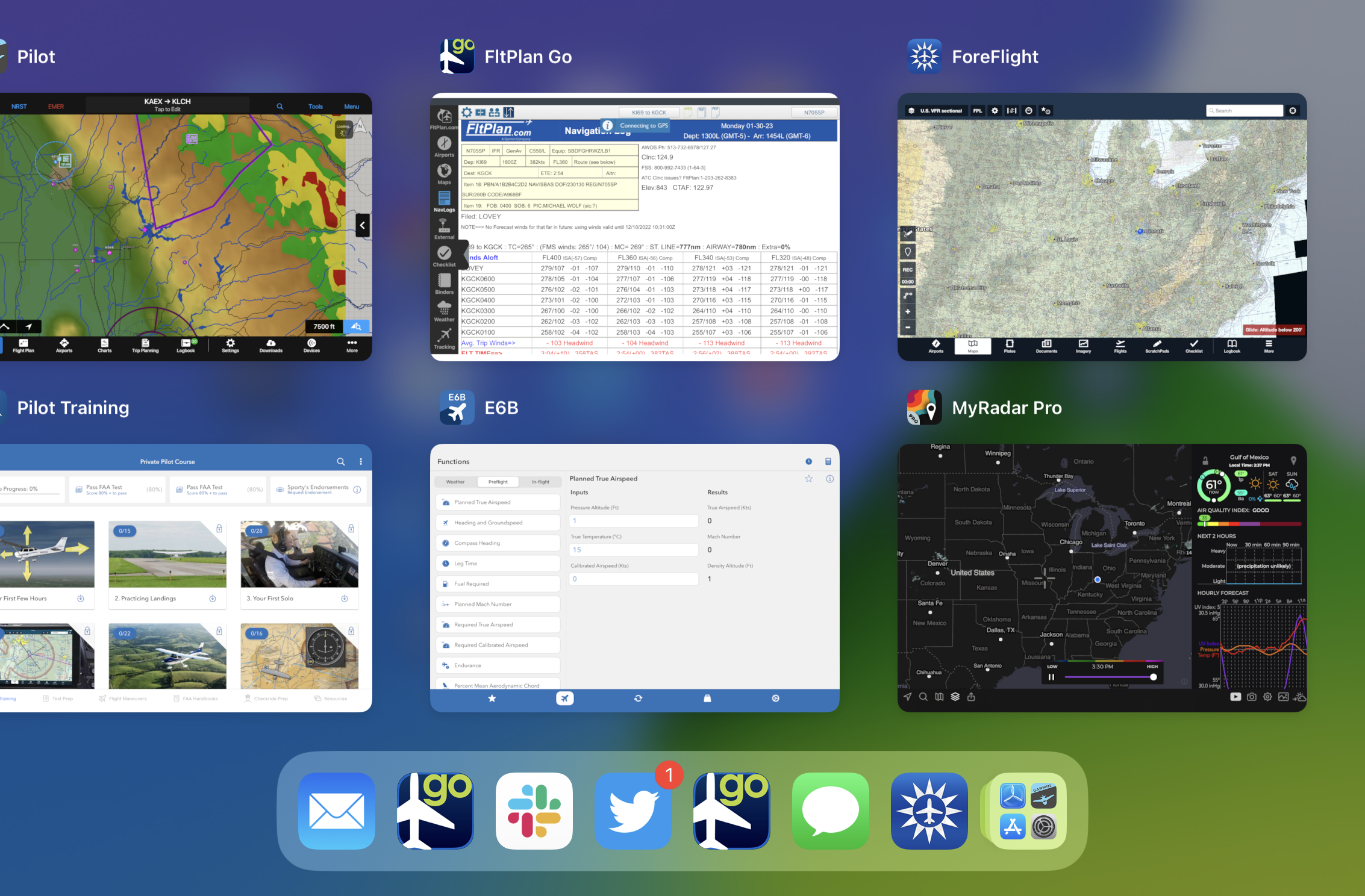 Why would you want to do this? If the app you’re using is acting strangely or you think you might have a bug, closing the app completely and restarting it can sometimes fix the problem. For example, we recently used a weather radar app numerous times in the same day. After multiple uses, the app had trouble updating the radar picture–it just seemed stuck. Closing the app and restarting it fixed the problem. We’ve even had issues with some Apple apps recently, like Messages, on a brand-new iPhone 14 Pro, where the only fix was to restart the app using this technique.

Note that shutting down an app is not the same as deleting it. When you shut down an app (as shown above), it is still installed and fully functional. To completely erase an app from your iPad, tap and hold the icon on the main home screen until a small menu appears. Next, select the option for Remove app, which will then bring up another confirmation box with two options: Delete App and Remove from Home Screen. The “Delete App” function will fully remove it from your device, while “Remove from Home Screen” will keep the app installed and only remove the icon from your home screen (you can still access the app by searching for it or going to the App Library). 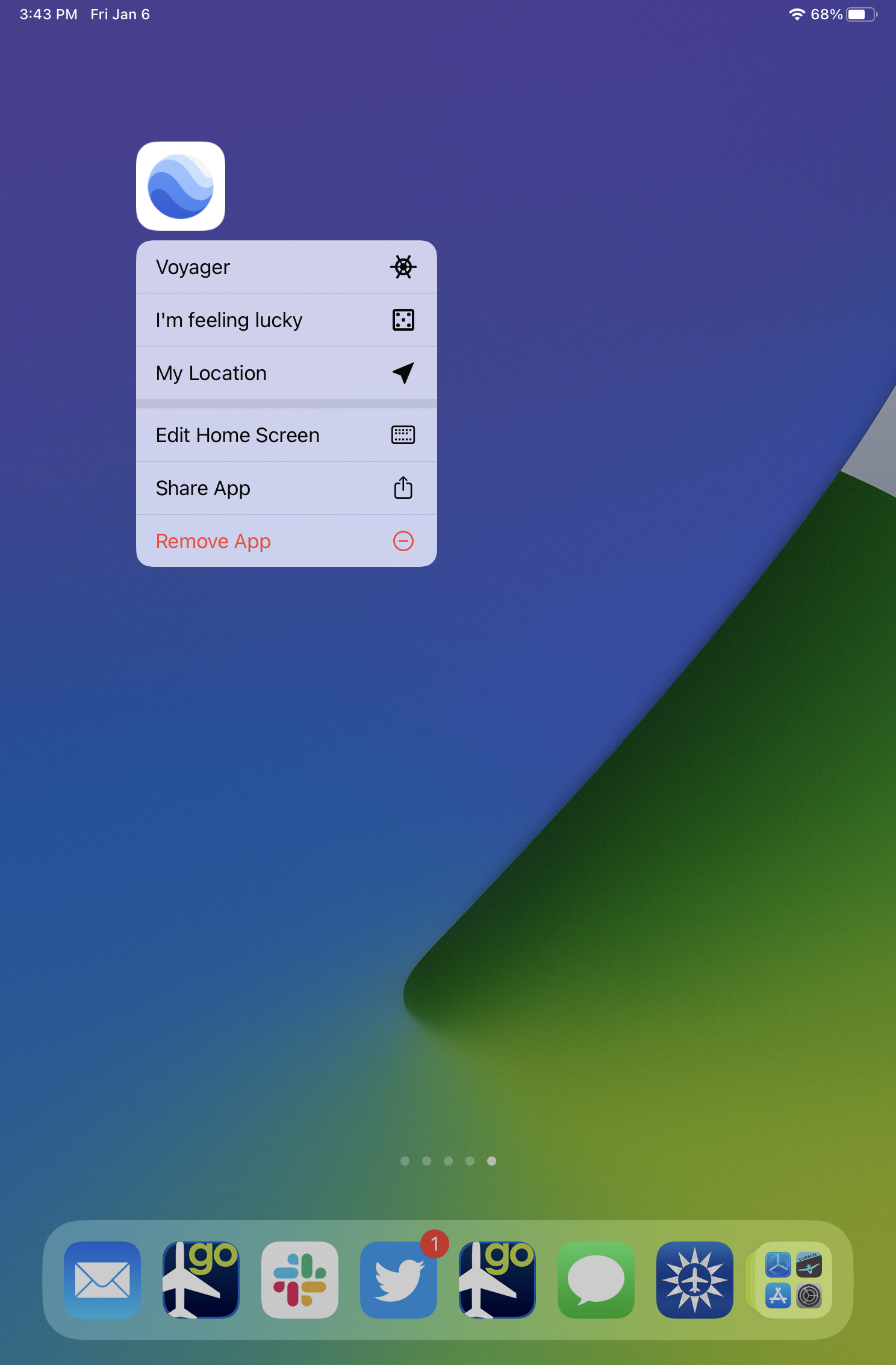 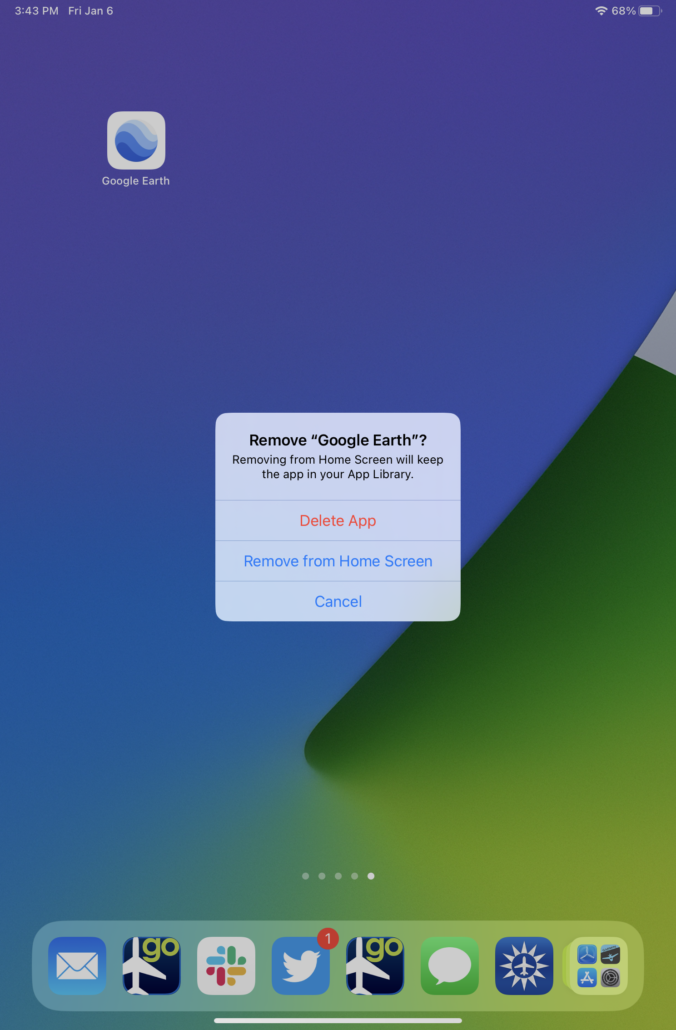 Sometimes this is the only way to fix a serious app problem, by deleting it from your iPad and downloading it again from the App Store. You won’t have to pay again: when you go to the App Store, the icon for all purchased apps has a cloud download symbol so you can just tap to re-download.

There’s one other way to delete an app, one that can come in handy if your iPad is acting strangely. We’ve seen instances where tapping and holding an app icon to delete it won’t work – the app stubbornly stays on your home screen. In this case, you can go to the Settings app –> General –> iPad Storage. From here, you can see which apps are taking up the most storage space. You can also tap on an app to delete it, bypassing the home screen method. 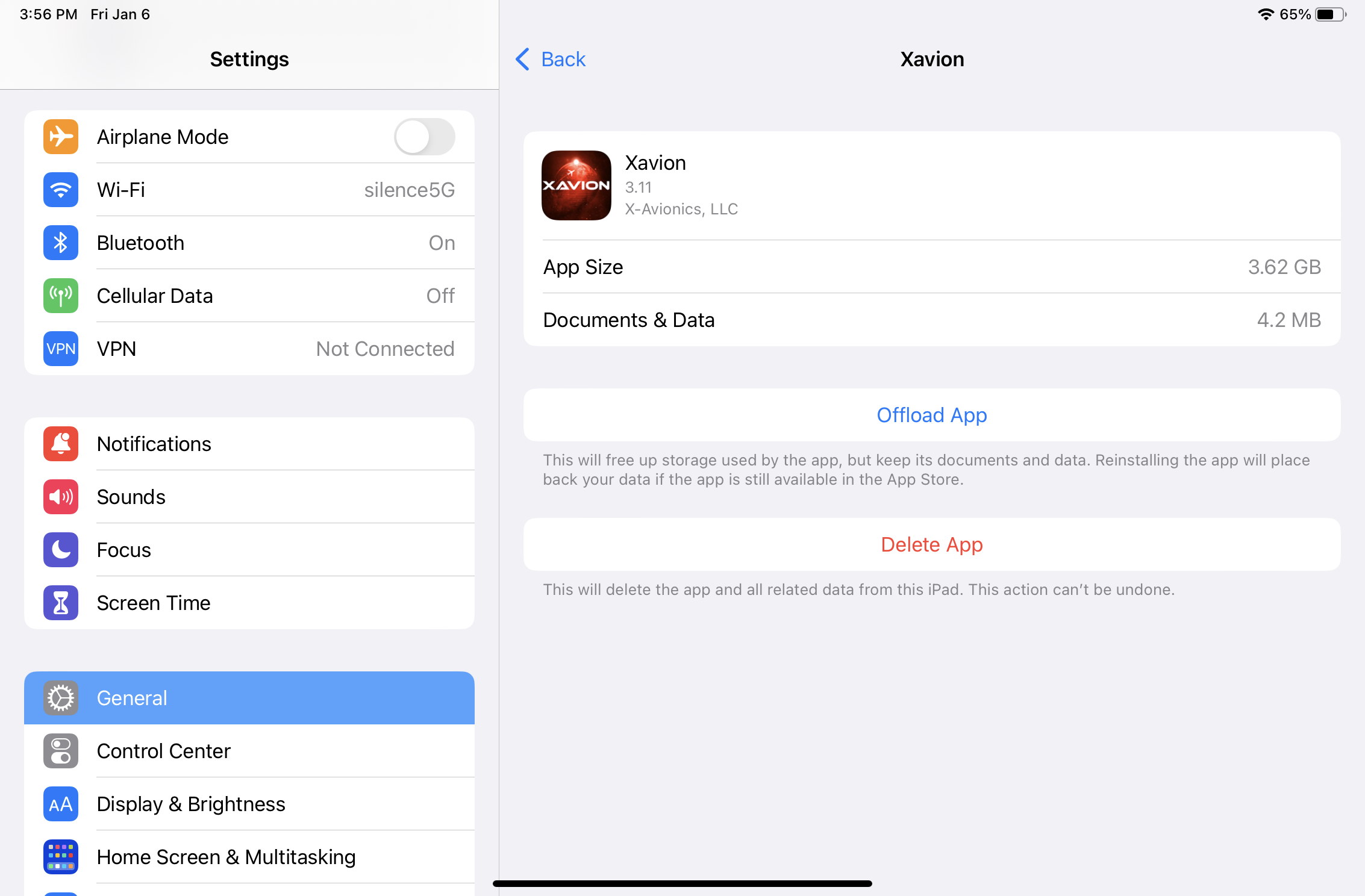 Here’s one last tip on how to delete an app if you’re interested in doing some additional housekeeping. When reviewing app updates in the App Store, you may occasionally come across a new update for an installed app that no longer interests you. You can delete that app right on the spot, by swiping from right to left and pressing the red Delete button. 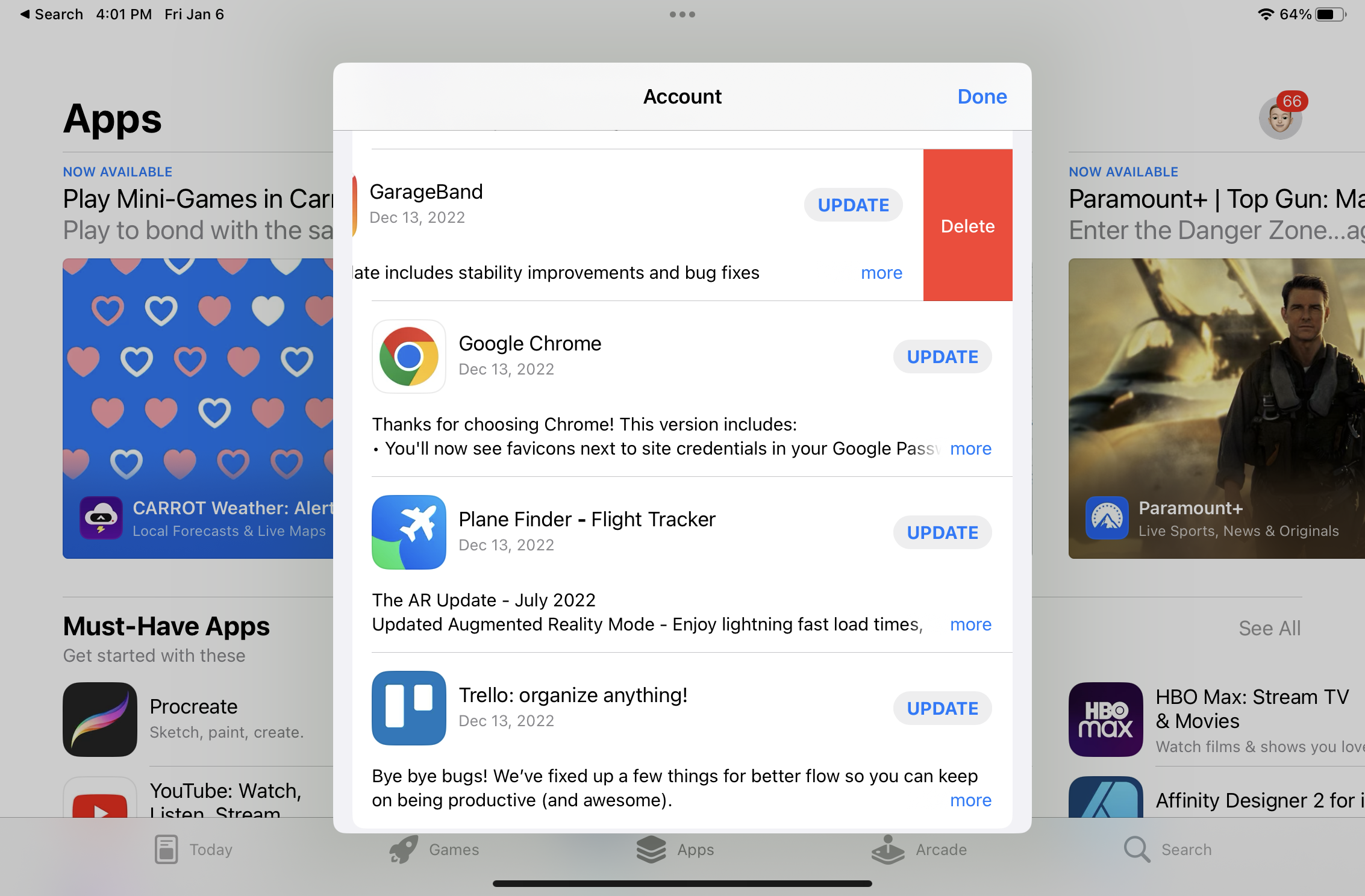 If your iPad just isn’t working properly, an app seems to be hanging up, or you’re having trouble connecting to a wireless accessory in the cockpit, the old advice to reboot and try again is worth trying. Just like with apps, there’s a difference between sleeping your iPad and turning off your iPad. If you tap the iPad’s power button, the screen turns off, but the iPad stays on. This is fine for everyday use and saves a lot of battery. But to completely shut down the iPad, you need to hold down the power button and either of the volume buttons (or just the power button if your device has a home button at the bottom) and swipe the on-screen slider to power it off. 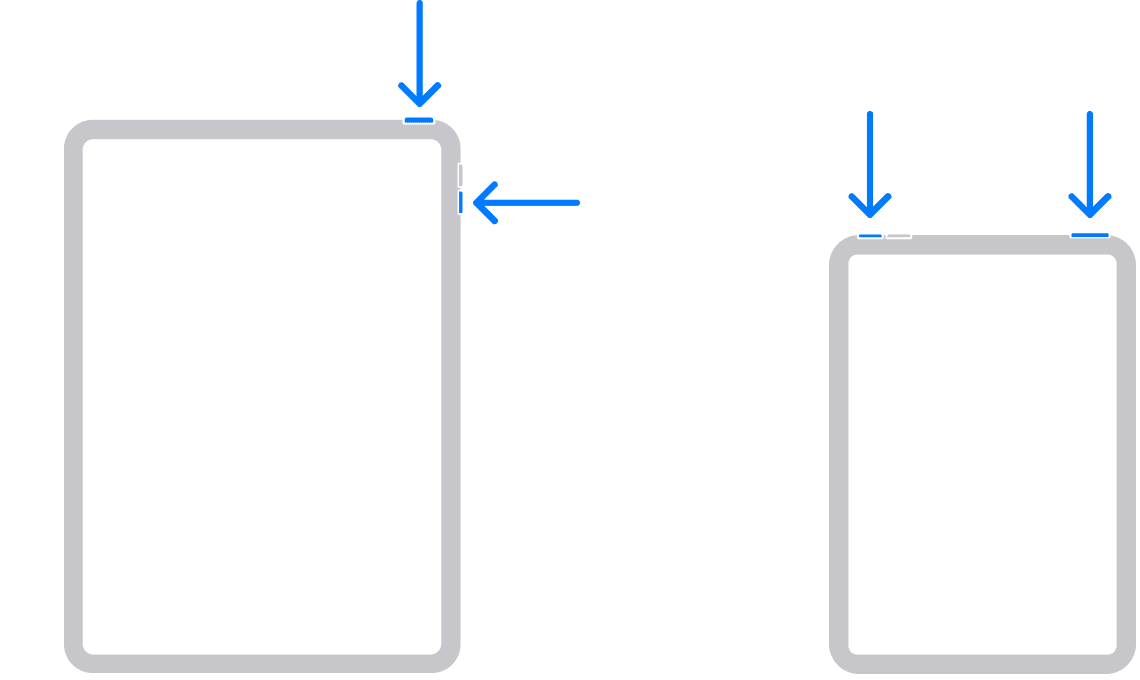 If for some reason that doesn’t work (or you’ve lost access to the side buttons) the last resort is to go to the General section of the iPad Settings app and select the Shut Down option at the bottom of the menu. 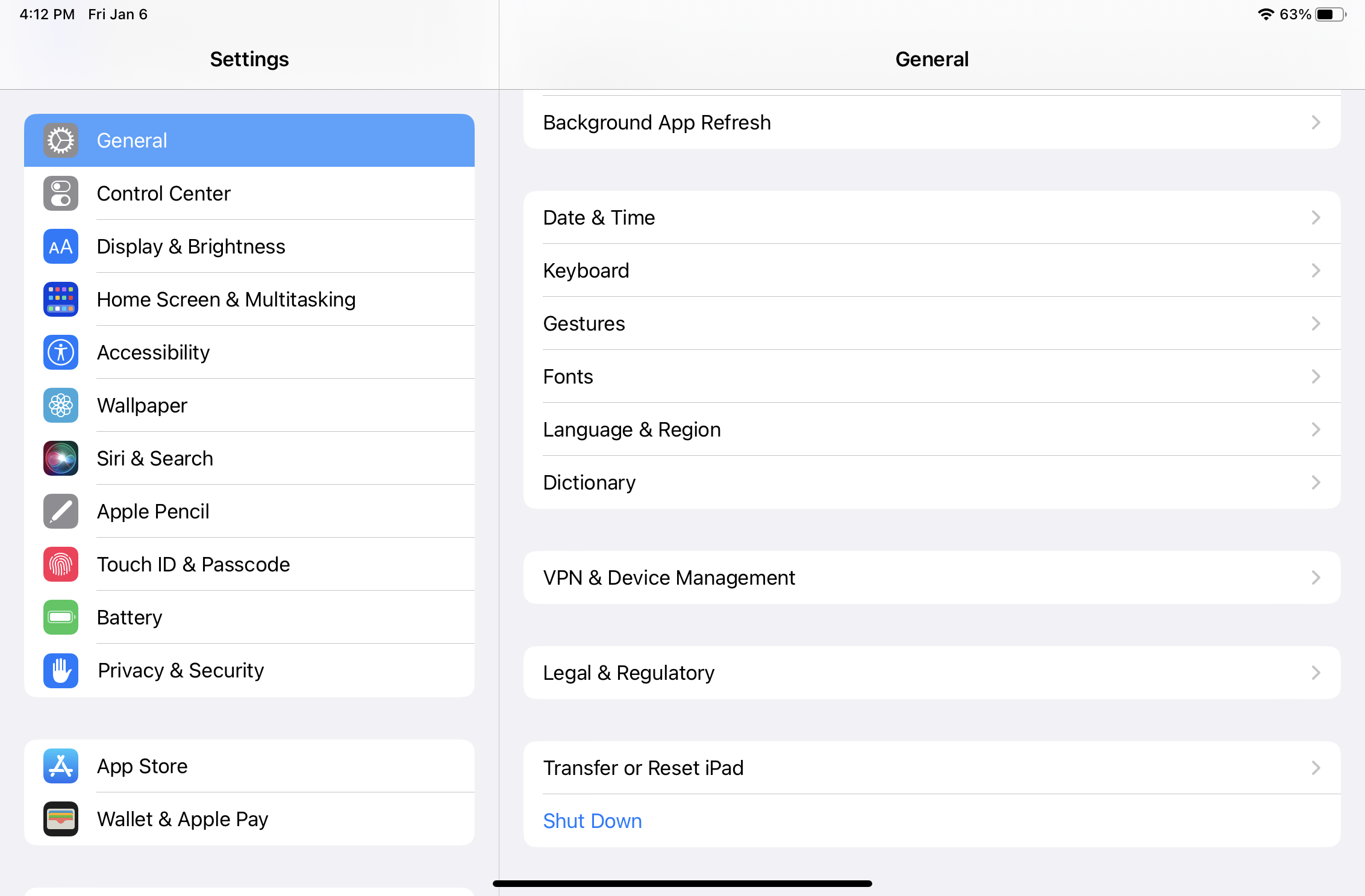