Blog - Latest News
You are here: Home1 / Beginner Tips2 / How to improve your iPad’s battery life 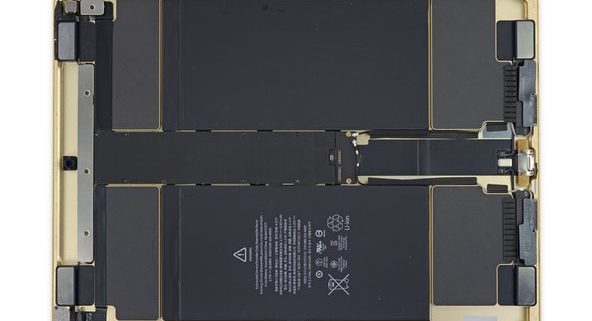 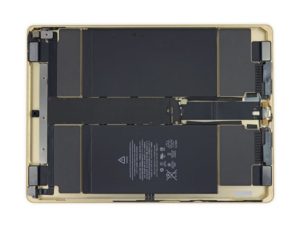 The iPad is basically a big screen and a big battery.

One of the most under-appreciated features of the iPad is its fantastic battery life. Even with a high-resolution screen and a powerful processor, Apple’s tablet offers a battery life of 4 to 6 (or more) hours in the air—better than almost every other competing tablet. This is a huge advantage in the cockpit, as it’ll last for the duration of all but the longest flights.

But there are a number of things you can do to improve the performance of your iPad battery and keep it in top working condition. First, it’s important to know what type of battery the iPad (and the iPhone, for that matter) uses, and how it works. Like most consumer electronics, the iPad uses a lithium-ion polymer battery, often called a LiPo battery. These are the standard in portable devices now because they have a high power density but are very lightweight. When you think about it, it’s quite impressive how large a battery Apple manages to put into such a slim device. The latest generation iPad Pro 12.9″ for example, has a 40.88 watt-hour battery, but it weights just 1.5 lbs.

Another major advantage of LiPo batteries is the way they are charged. There is no “memory effect” like older Nickel Cadmium batteries, so you can charge your iPad anytime you want and even leave it on a charger overnight. The battery will also charge very rapidly, to about 80% in a few hours, while the last 20% is more of a trickle charge and takes longer. The latest models support fast charging, which can charge an iPad to 50% in just 30 minutes. This charging pattern is very handy for pilots, especially in the cockpit. LiPo batteries also hold their charge for a long time, so a fully charged iPad that is stored for a month will still have most of its charge.

So far we’ve talked about the “battery life,” meaning how long the iPad will run on a single charge. But Apple also specifies a “battery lifespan,” which is the number of times you can charge and discharge the battery before it starts to lose capacity. The iPad was designed so that, after 1000 charge/discharge cycles, it will still have 80% of its battery capacity. Note that it’s not considered a “charge cycle” every time you plug in your iPad. If you used 20% of your iPad’s battery life every day for five days, and recharged it each day to 100%, that would be one charge cycle. So 1000 charge cycles is actually quite a long time (probably years of use for most people).

With that background in mind, here are some tips for getting the most out of your iPad’s battery:

One other option that’s finally available on iPads is Low Power Mode. This is a one-touch way to reduce screen brightness, animations, and background app usage. It’s a great option in a pinch, and your iPad will prompt you about this when you reach 20%.

After two or three years, lithium-ion batteries eventually lose some of their capacity. A full charge just won’t last as long as it used to. One downside to the iPad battery is that there is no (easy) way to replace it in the field. If your battery needs service or replacement, it must be sent back to Apple or taken to an Apple service provider. This can be done through Apple, for about $100. Details on their site.

Want to learn more? Check out a good backup battery option in this article or our complete advice on charging your iPad in this article. Also note that the iPad battery does meet the standards required by Advisory Circular 120-76D for use as an EFB.

How to use Apple’s new Freeform app for flight planning

Three cheers for the iPad—an aviation miracle
Scroll to top