About a year ago, Garmin quietly released a new feature in their Pilot app which allows pilots to simulate and fly a planned flight while on the ground. Officially called “Demo Mode”, this powerful feature is perfect for pilots who want to practice in-flight procedures from the comfort of home in the app. It can be quickly configured to fly a specific ground track and altitude, fly the active flight plan or fly a flight from a saved logbook entry.

Simulating a flight in most aviation applications requires you to connect to your iPad to a home flight simulator, like X-Plane or Microsoft Flight Simulator. While we think this is the best way to get familiar with your aviation app in a simulated environment while dividing your attention with flying tasks, it can be a bit time-consuming to set up and requires extra hardware. For those times you just want to practice loading an instrument approach, experiment with the terrain awareness features or learn more about Garmin’s signature Emergency Landing utility, we’d suggest using Demo Mode.

It takes just a few taps to get started. First, tap the Tools button from the top menu and select Demo Mode: 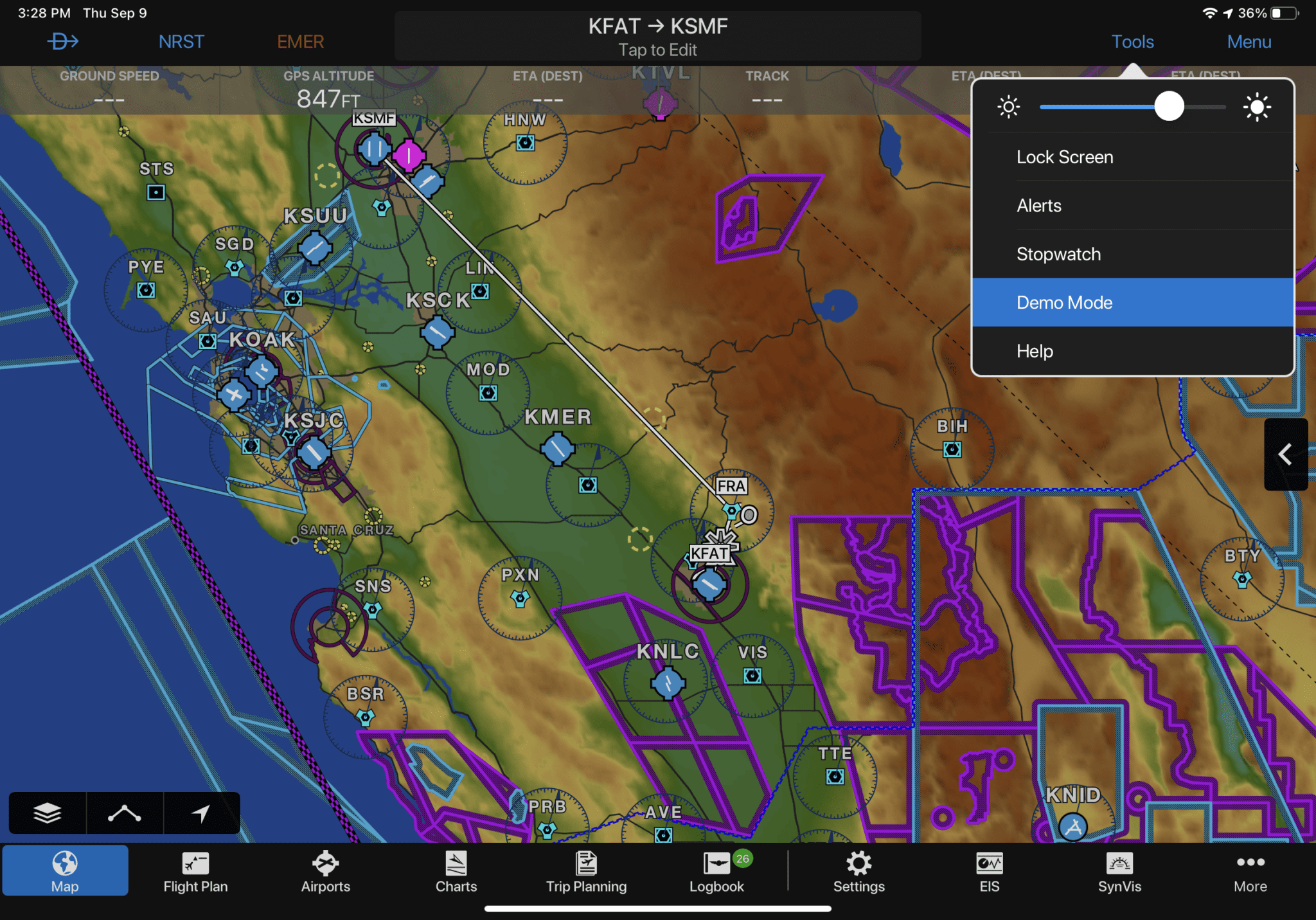 A window will then pop up with three options to set up the  flight: 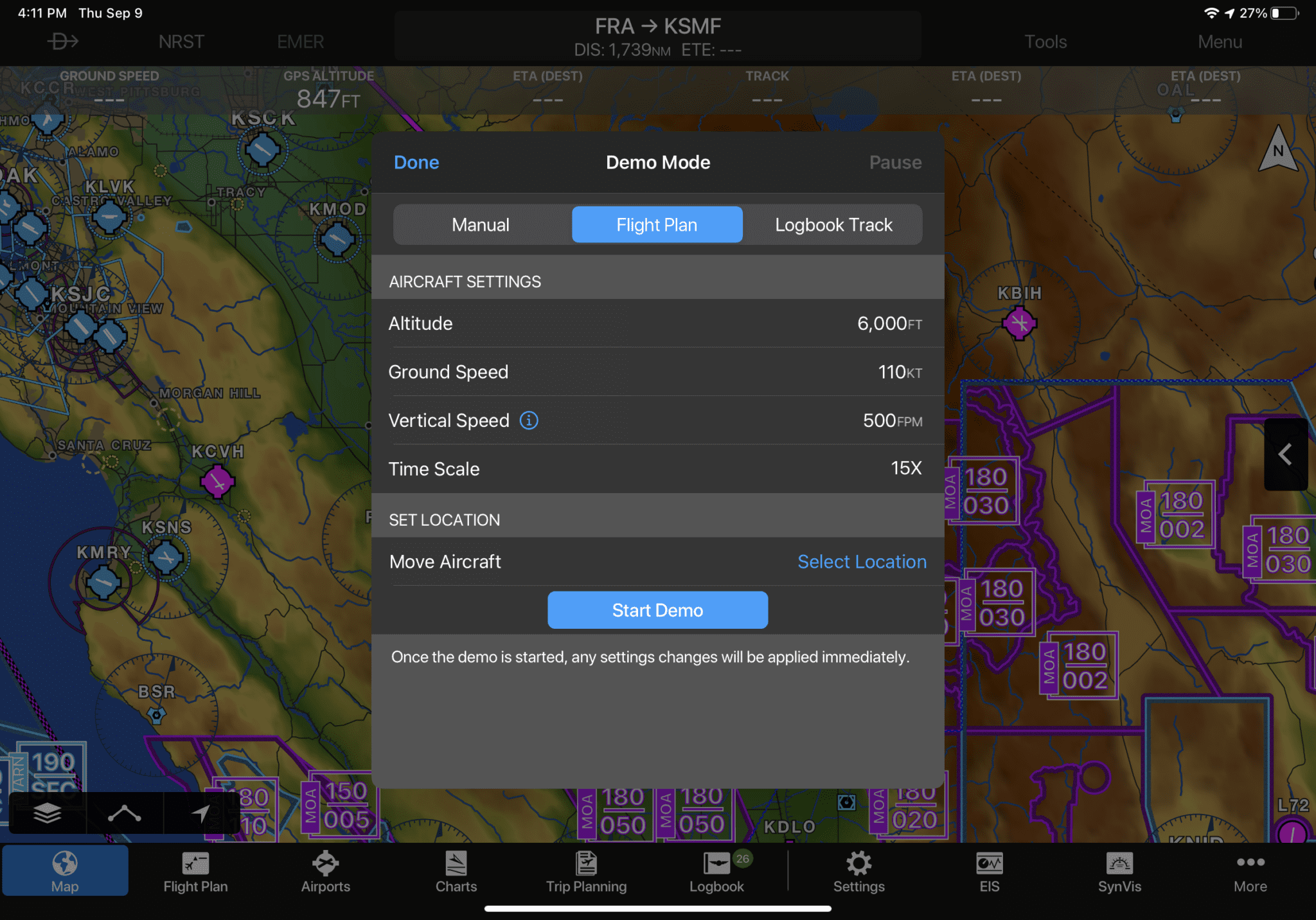 When you’re ready to start the flight, press the Start Demo button and the flight will begin. All of the flight data blocks, instruments and navlog fields will populate based on your pre-programmed flight data, the same as if you were in the air. You can access the demo controls at any time by pressing the blue Demo button at the top of the screen and quickly change the altitude, increase the simulation rate by up to 15x, pause the flight or end the flight.

Garmin Pilot is at the top of our list when it comes to in-flight capabilities and Demo Mode is a great way to practice some of the advanced features you may not use very often. Garmin also includes unique controls and configuration options on each screen, which might be overlooked when using the app in the airplane. Here are a few flight features to try out: 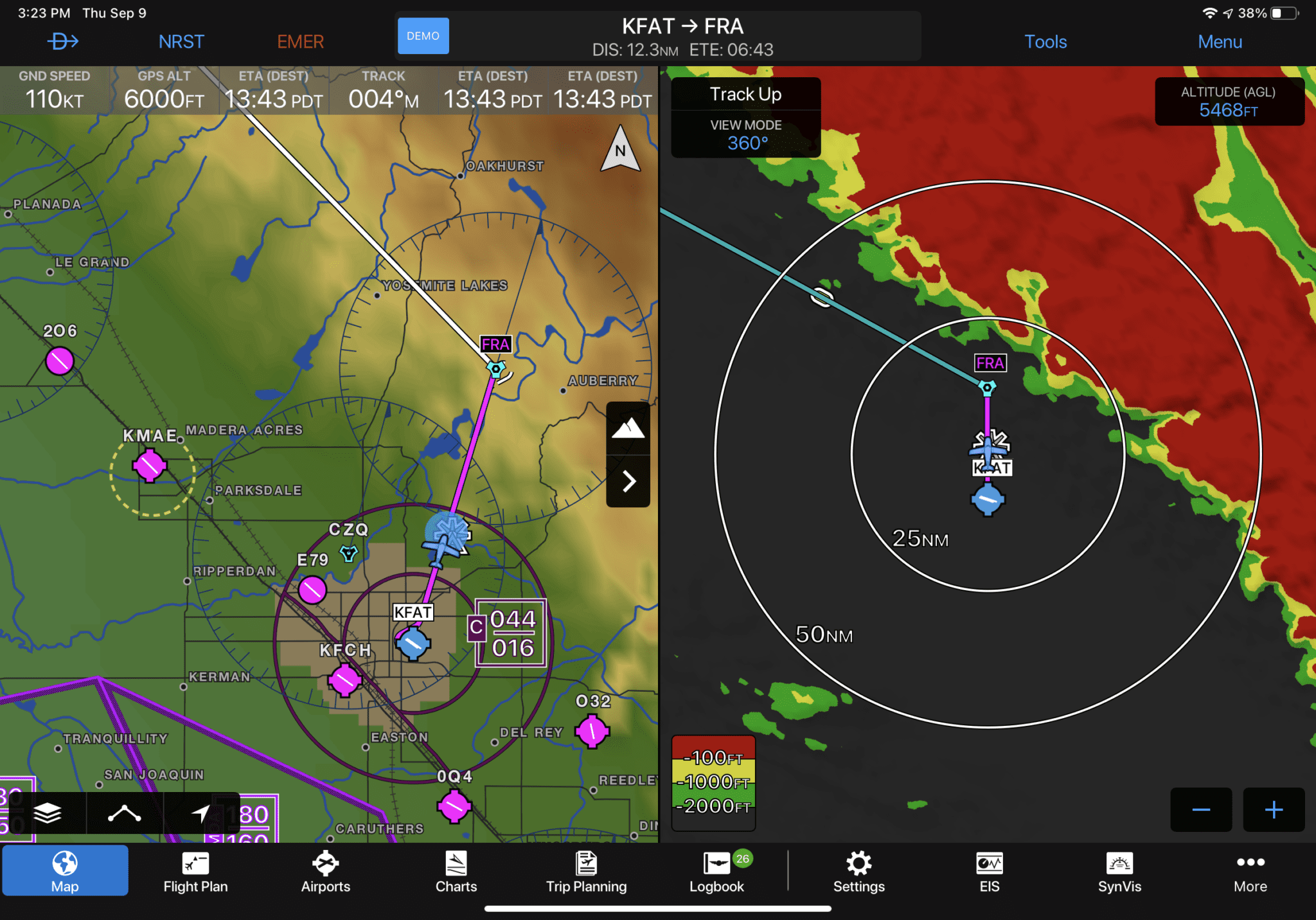 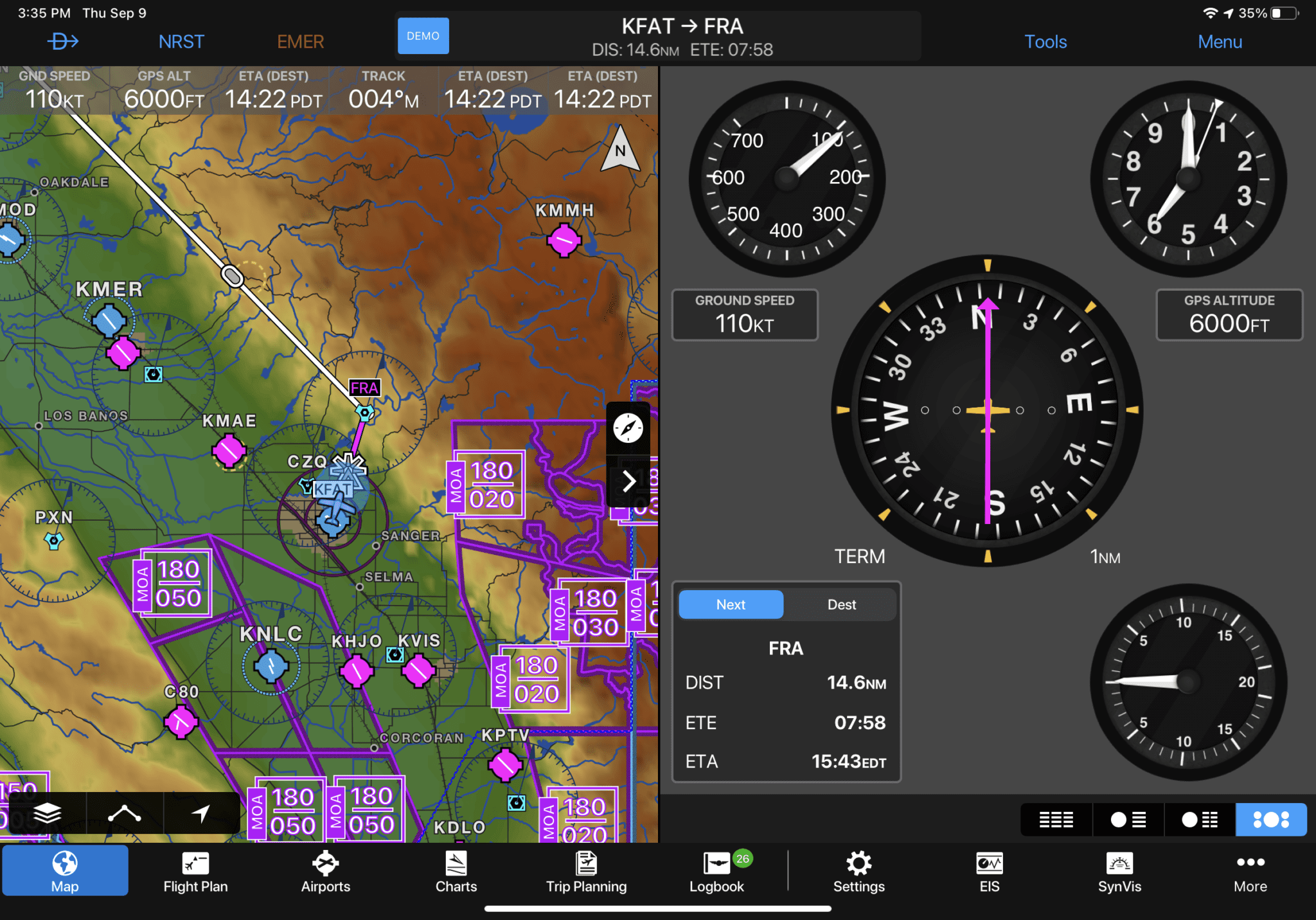 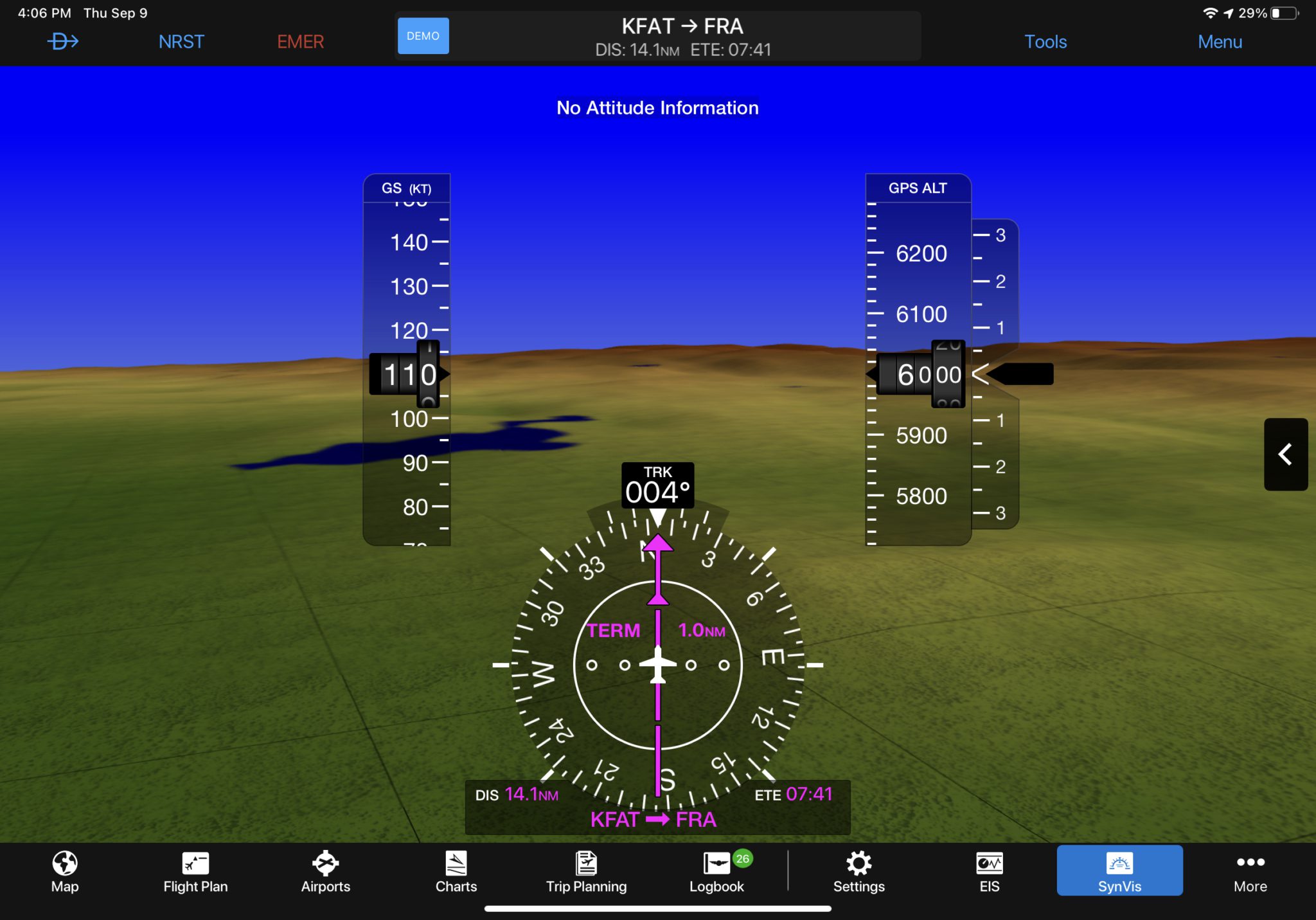 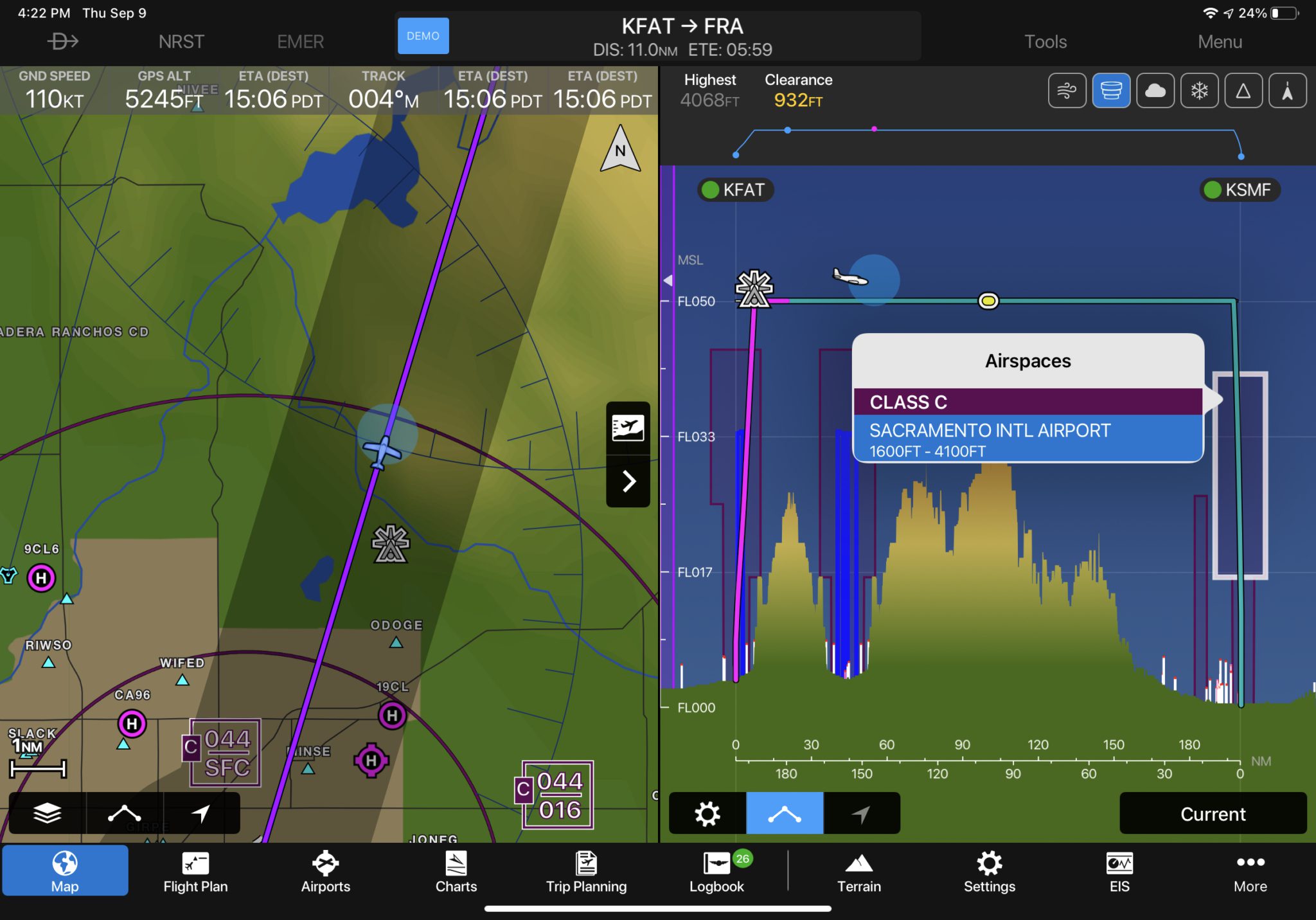 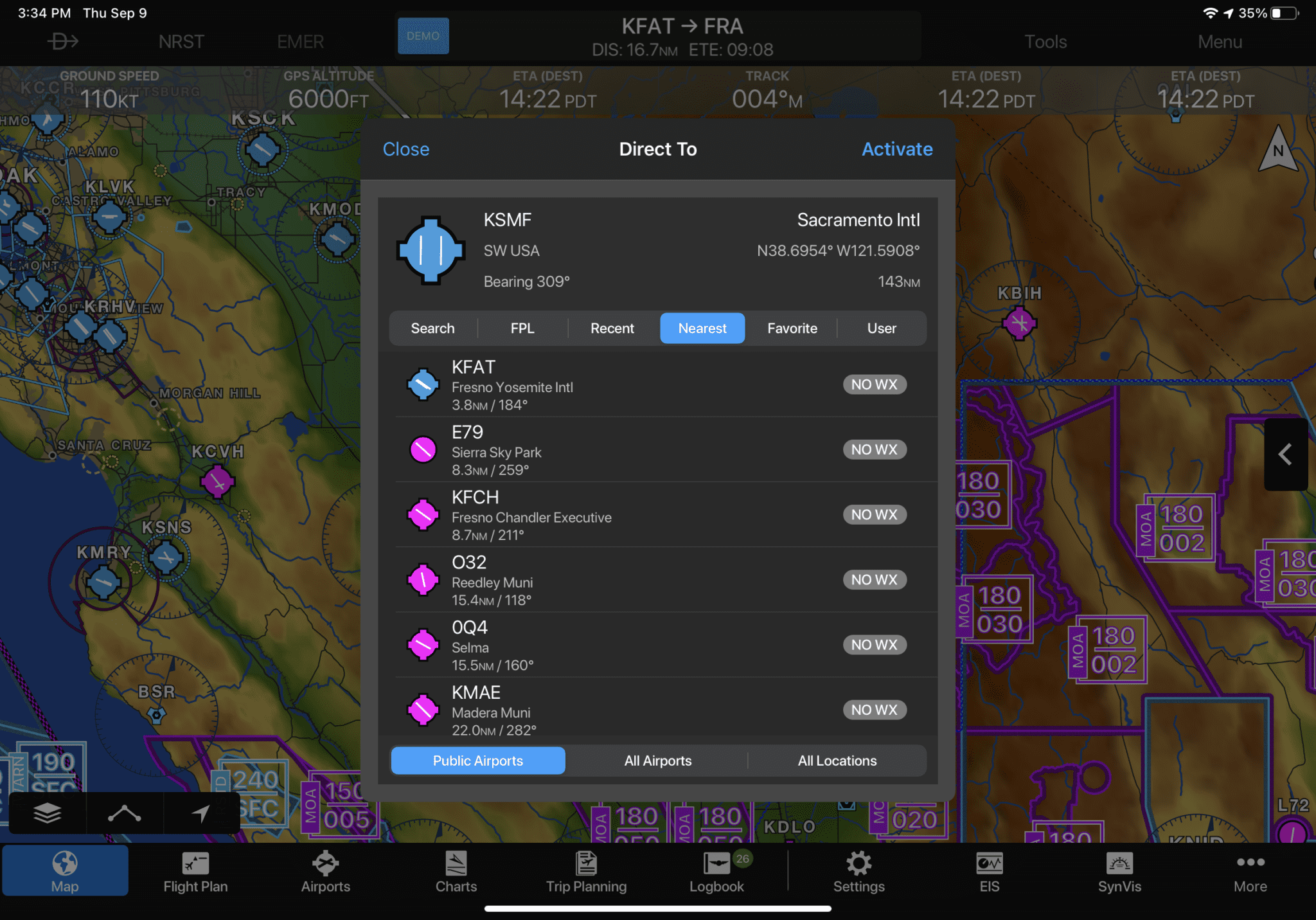 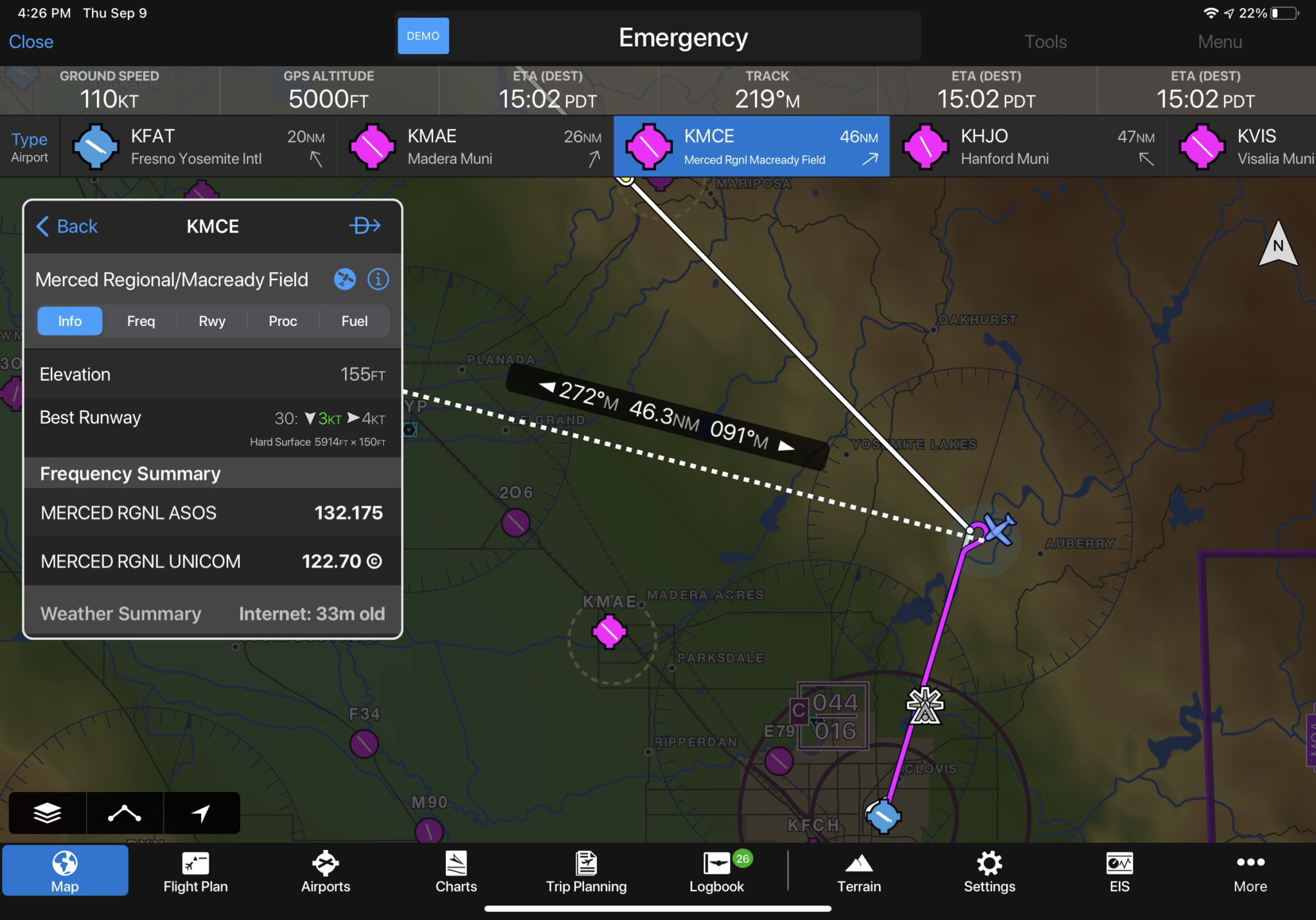 Stitch screenshots together with Tailor app