The performance planning capabilities of ForeFlight have come a long way since the app first hit the app store ten years ago. What started with basic cross-country flight planning has evolved into a sophisticated flight management system, capable of using airplane manufacturer performance data to help compute time en route within minutes and fuel burn within a gallon or two.

The latest update further refines the planning capabilities for Performance Plus subscribers when using one of ForeFlight’s detailed aircraft performance profiles, adding the ability to tweak the time and fuel burn calculations used for climb and descent. The update also adds Runway Analysis for 5 new jet aircraft models.

ForeFlight offers two levels of performance planning for pilots based on subscription level. Basic and Pro Plus users are able to set up basic performance profiles for each stored aircraft, using pilot-entered speeds and fuel burn for 3 phases of flight: climb, cruise and descent. Performance Plus subscribers, on the other hand, have access to hundreds of custom performance profiles for the most popular GA airplanes, which are based on the manufacturer’s performance data. These custom profiles go a step further and account for multiple altitudes, weights, and temperatures to provide a more accurate fuel burn and ETE. 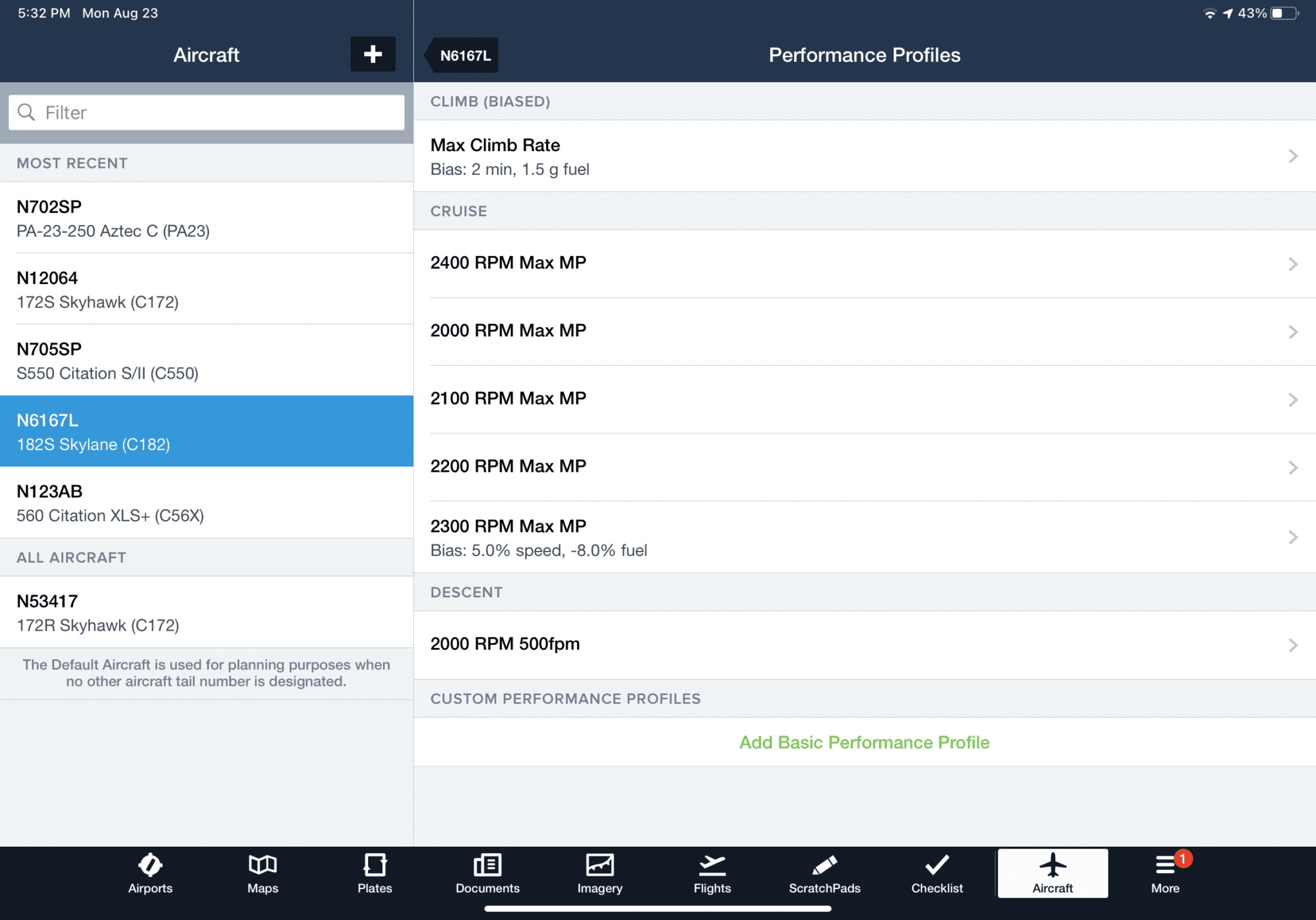 ForeFlight’s custom profiles include multiple cruise options based on operating preference. For example, the Cessna 182 includes 5 options based on your planned propeller speed setting, from 2000 to 2400 RPM. If you were to notice a consistent difference between ForeFlight’s calculated performance and the actual results on your flights, you can use the model bias settings to compensate for the discrepancy. This could result from airplane age, pilot operating preferences or external modifications, for example.

The latest update to ForeFlight extends the bias controls to the climb and descent rate as well. Tap either the Climb or Descent profile, and you’ll see new sliders to adjust the time in minutes or fuel in gallons. Your performance may vary from book numbers here based on preferred climb/descent speed or leaning techniques.