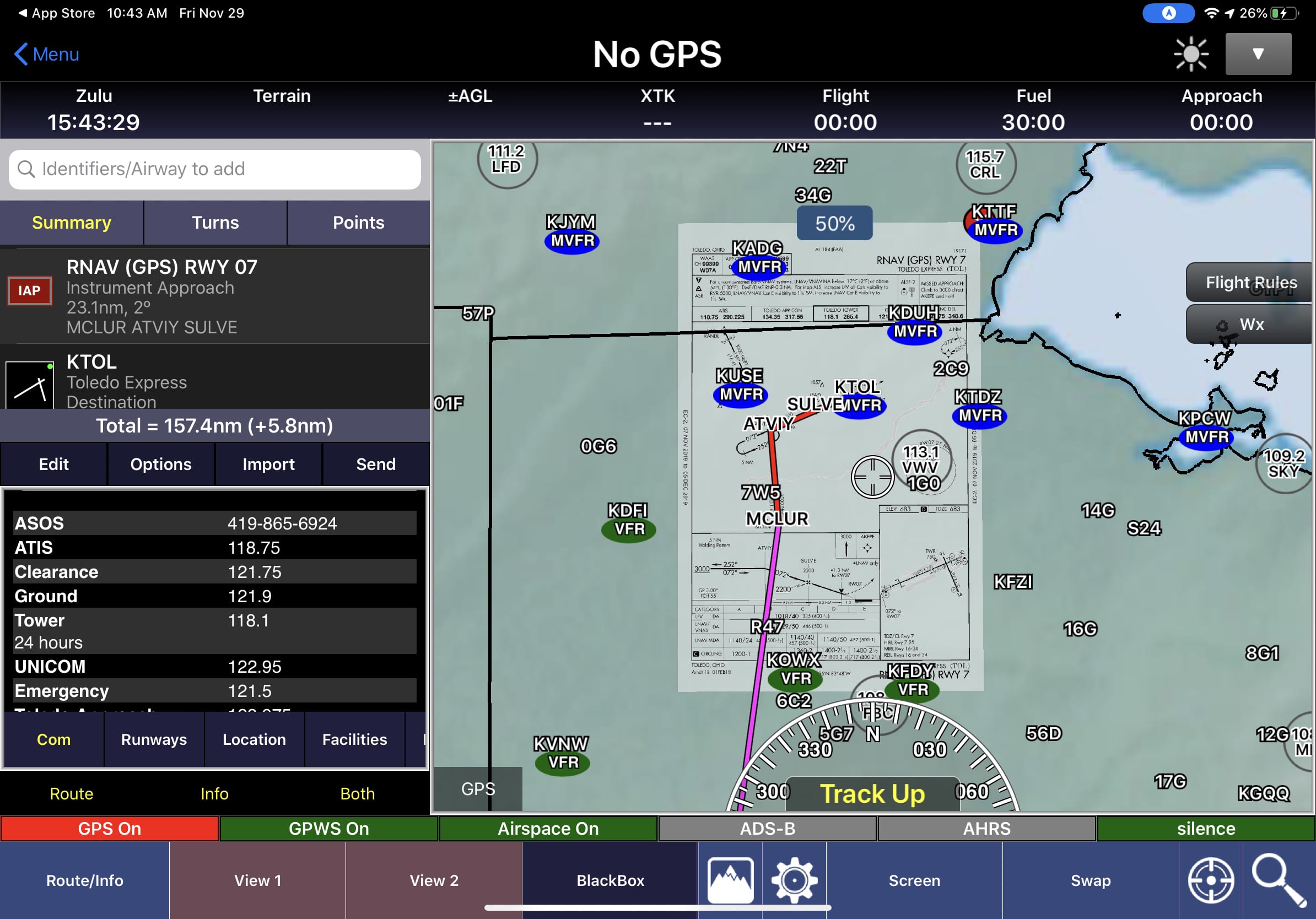 Several of the popular aviation EFB apps received big updates over the past few weeks, including WingX, FlyQ and FltPlan Go. Here’s a quick rundown of what’s new and what to look for after you update.

Next, you’ll now be able to see ATC Minimum Vectoring Altitudes (MVA) at the bottom of the list of options after tapping an airport on the moving map. These are not published on IFR en route charts, but are a valuable resource when planning for the arrival and approach, to determine if ATC will be able to clear you to an altitude below the cloud bases and save time by flying a visual approach.

FlyQ 4.0 represents a major release that adds a collection of post-flight analysis tools to the app.

Visual Logbook: The visual logbook is a big improvement from standard pilot logbooks. To start, it saves you time by auto-generating entries from the built-in data recorder. Or you can import logs from other systems and even manually create log entries. It shows lists of flights with visual images of your track, allows extensive filtering and time period selection, and generates text and graphics-based reports. It also includes a unique visual feature that uses a color-coded “heatmap” to show how often you’ve flown to each airport (this is especially useful when combined with the filtering and time-period selection).

Visual Flight Playback and Analysis Graphs: FlyQ automatically performs a detailed post-flight analysis that generates insightful graphs about every flight. Want more detail? FlyQ includes a comprehensive integrated playback system so you can play any flight back in either 2D or 3D (or both), control the playback speed, and instantly jump to any point in the flight. You can also export the data for analysis in other systems. 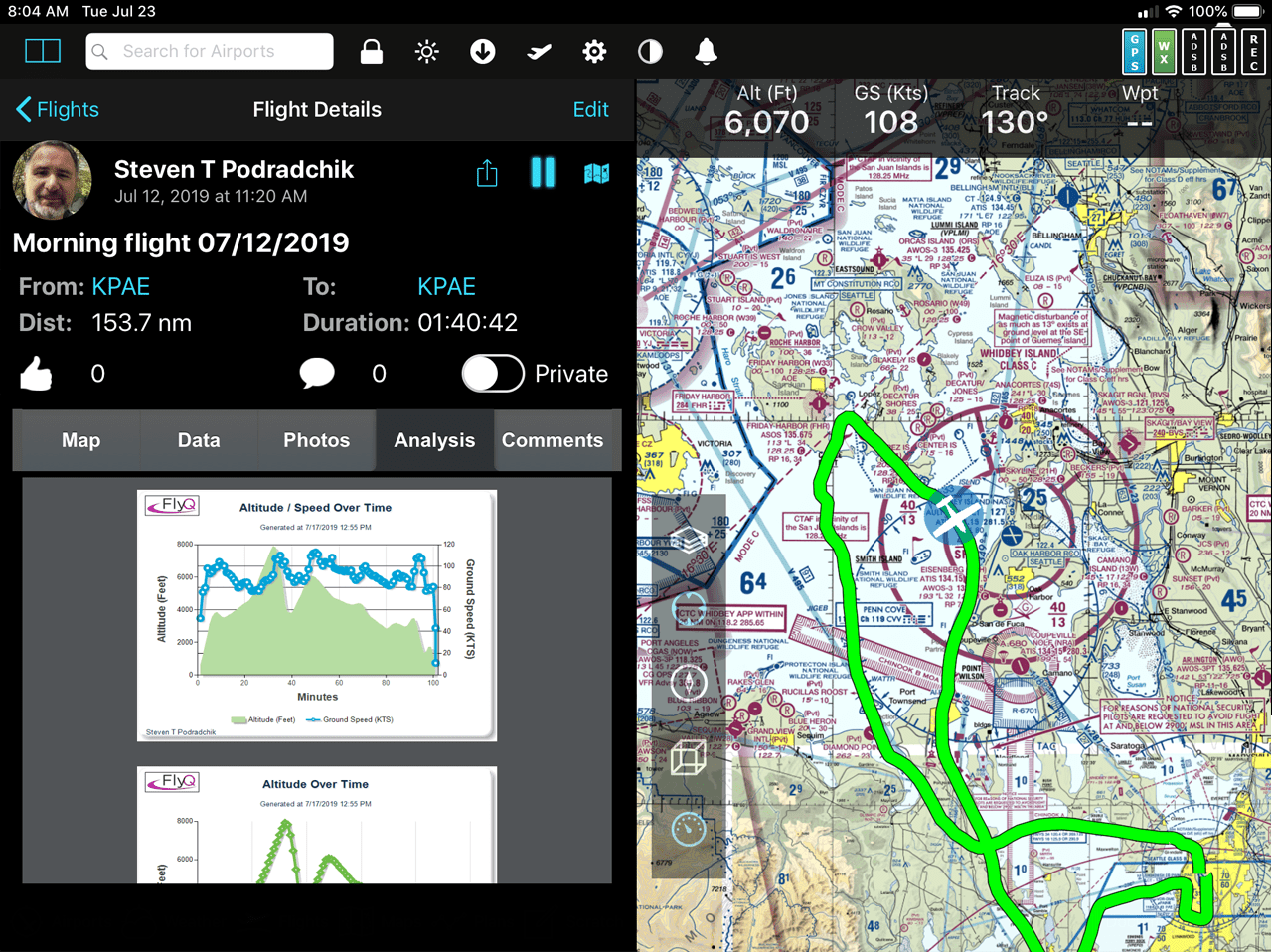 Floq Network: Floq is a private system that optionally connects you with your friends, flying club, instructor or student, corporate flight department, and more. It lets you see, on a color-coded map or in a list view, where your friends are flying, comment and ask questions about their flights, and discover more about their destinations and flights.

CFI/Student Pilot Features: The Floq Network makes it easy for CFI’s to follow their students’ flights. The new Endorsement feature makes it very easy for a CFI to grant endorsements to students from the comfort of their own home or office (due to Floq) or directly from a student’s iPad / iPhone.

The recent update to FltPlanGo was relatively minor but will be well-received by those flying with an ADS-B receiver with the app, like Stratus 3. It adds the ability to view SIGMETs and AIRMETs in flight to keep up with ever-changing weather hazard alerts. 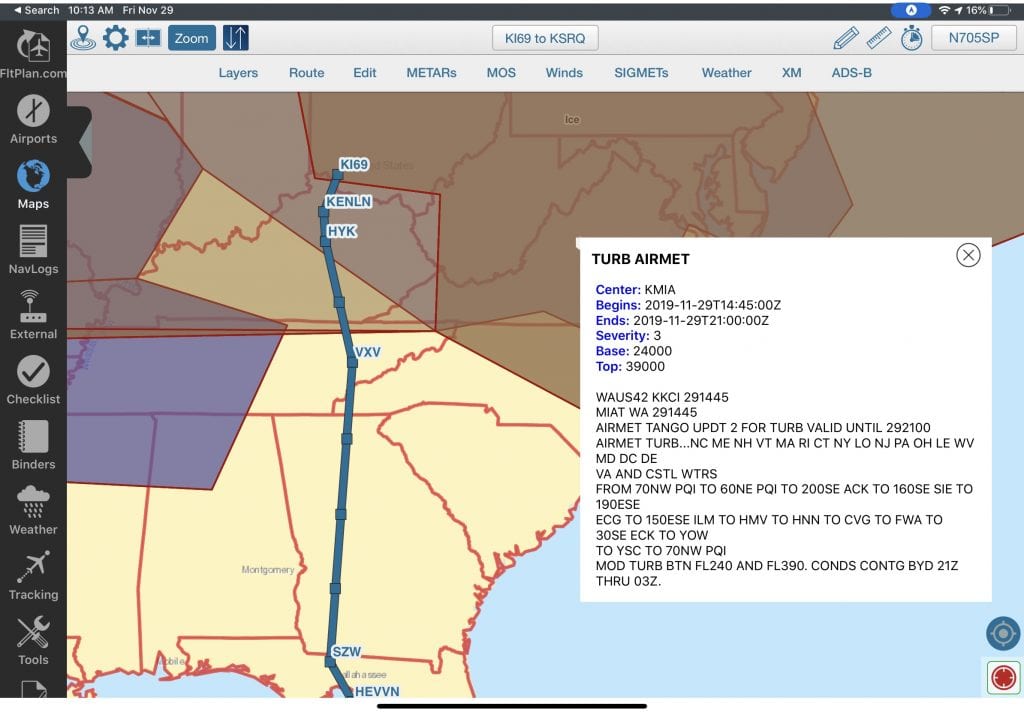