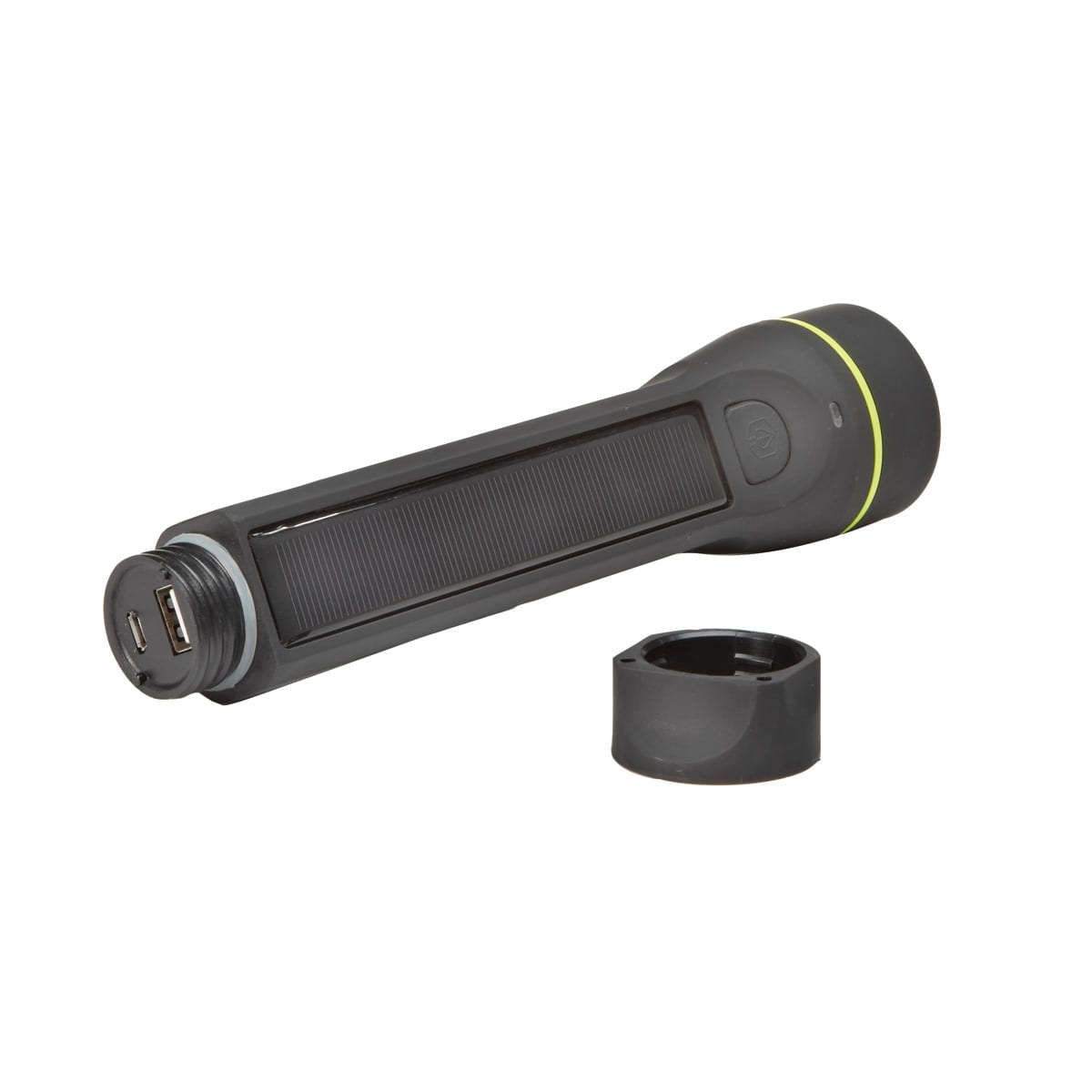 Flying with backup is part of any smart pilot’s pre-flight plan. For us, that usually means at least a flashlight and a battery pack, since both come in handy on almost every flight. A few months ago we reviewed a solid option for backup power, and it’s still our favorite. But a new device is worth considering too, since it combines those essential tools into one convenient product. 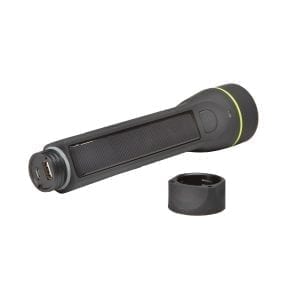 The combination of a flashlight and USB battery pack makes for a great all-in-one backup device.

The 8.5″ long Solar Powered Flashlight is a rugged LED light that includes a built-in 5000 mAH lithium-ion battery. That battery pack will power the light for over 20 hours, but it can also be used to charge an iPad, iPhone, or ADS-B receiver. The high-quality battery will hold a charge up to 7 years, so if you leave it in your flight bag for a month or two it won’t be dead when you need it.

A standard USB-A port under the tail cap is compatible with almost all portable electronic device cables, so it’s perfect for topping off your tablet or action camera in flight. The 5000 mAH battery isn’t as big as the popular Flight Gear Battery Pack (available in 10,000 and 20,000 mAH sizes), but it’s enough to easily charge an iPad or run a Sentry Mini for over 10 hours.

The battery pack itself can be charged via a micro-USB port, which is our preferred method. However, integrated into the handle of the flashlight is a solar panel. While exposed to sunlight, the panel will continue to trickle charge the battery. It’s not enough for a full charge unless you plan to leave it out all day, but it’s a nice option to have, especially in an emergency.

A critical feature on any flashlight is the ability to change the brightness: pre-flight inspections usually require very bright light, but night vision can be ruined in the cockpit with too bright a light. The Solar Powered Flashlight will run for 25 hours on the low light setting, but you can turn on full brightness to blast 600 lumens. That’s enough to reach the top of the vertical stabilizer or light up the darkest engine compartment.

Also worth noting is that the flashlight is both waterproof and floating. That makes it a reliable everyday tool and a useful backup in a real emergency. The Solar Powered Flashlight is available now for $49.95.

How do I mount my tablet or phone in a helicopter?