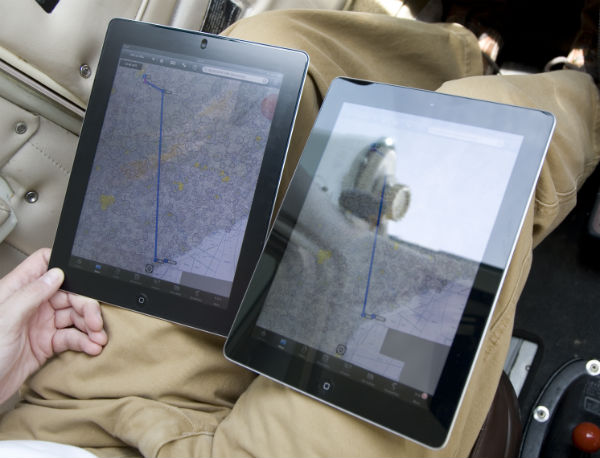 A few weeks ago, we asked iPad Pilot News readers about their experience flying with the iPad. We wanted to know about squawks – any app or hardware issues that had occurred, and how often. Today we’re happy to share the results of the survey.

First, we asked whether readers had ever experienced a thermal shutdown due to overheating. A surprising 70% of readers said yes, making it one of the most common iPad problems.

Next we wanted to know about app crashes, and here the news was better. The vast majority of readers almost never have a crash or freeze up of their main EFB app.

Besides app crashes and overheating, the most common complaint we hear (anecdotally) is the battery running out of juice. The majority of pilots have never had this problem, which suggests good planning and good backup options. But roughly a third of readers have experienced a dead iPad at least once.

How about pilot error? When it comes to updating chart databases every 28 days, iPad Pilot News readers are on top of things.

Next, we asked whether pilots had ever forgotten to download the right chart databases for a flight. Again, almost 90% said no.

iPad interference, which can happen with LTE-equipped tablets, is very rare apparently.

The iPad screen is simultaneously a strength and a weakness. When we asked about screen issues, the number one complaint was screen glare.

How about non-iPad issues? Apparently these are rare, with over 75% of of readers replying that they have never had an issue with their external GPS or ADS-B receiver.

Finally, we asked about the biggest pros and cons of the iPad. The most common pro cited was situational awareness – having all that information in one place where it’s easy to access. The most common con? Screen glare won out, but issues with mounts or kneeboards was a close second.

Thanks to all who participated!

Clearance delivery by app goes into testing
Scroll to top