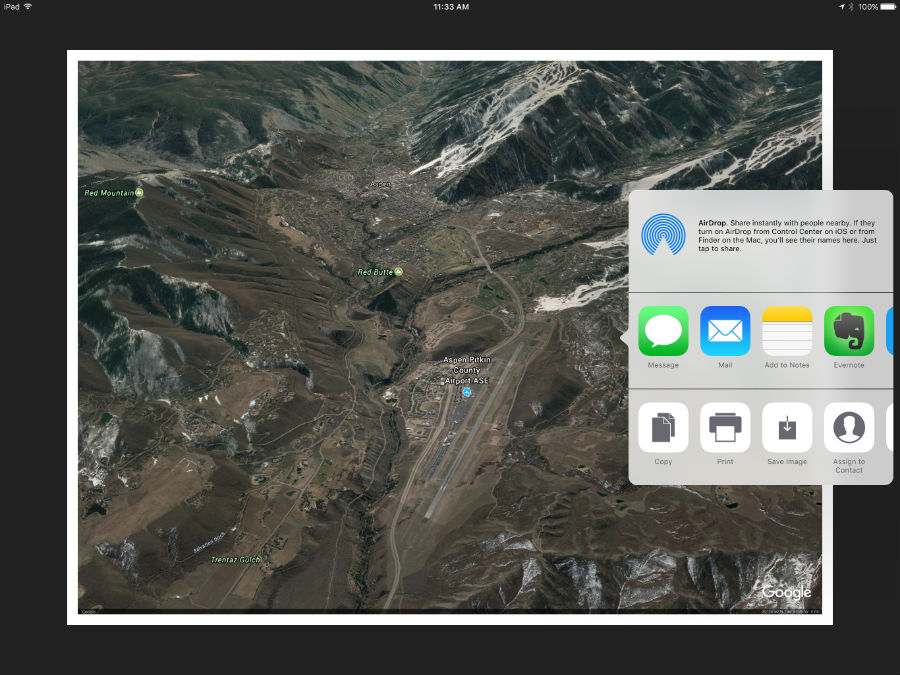 Google Earth has been around for over 15 years, and in that time it has changed many people’s perception of our planet with its worldwide satellite images. More practically for pilots, the website and app can be useful for planning a flight to an unfamiliar airport. This week brought a major update for the iOS app with some helpful new features for pilots.

Especially for airports in mountainous terrain, the 3D view in Google Earth can give pilots a better sense of the airport environment and preferred approach paths. We use this all the time for learning about terrain issues on an instrument approach, potential turbulence sources, and even the location of FBOs relative to roads. Helicopter pilots also love this feature for planning off-airport landings. With the latest update, Google Earth now has a much faster and easier-to-use 3D view.

Just open the app and search for an airport (the app accepts traditional airport codes, like KOSH). Then tap the 3D button at the lower left corner of the screen. This will pivot the camera angle down so you can see terrain in 3D. Use two fingers to move the camera angle around, which will offer a 360-degree view of the airport, or pinch to zoom in and out. The animation below shows how dramatic this view is for many airports:

The latest update adds a number of features for travelers, including Knowledge Cards, which consolidate basic information about popular destinations. For many airports, these cards will include airport elevation and 2D pictures of the facility, an added benefit for planning a trip.

There is also the option to save a “postcard” and share it with others. After choosing the perfect angle, tap the camera icon on the left side of the screen to save the image. From there, you can save it to your Photos app, email it to a co-pilot or even copy it to ForeFlight’s Documents tab. This is an easy way to save the 3D view for reference in flight, when the app won’t work (it requires an internet connection).

Google Earth is available free on the iTunes App Store.

New smartPlane system converts your iPad into a panel-mount MFD