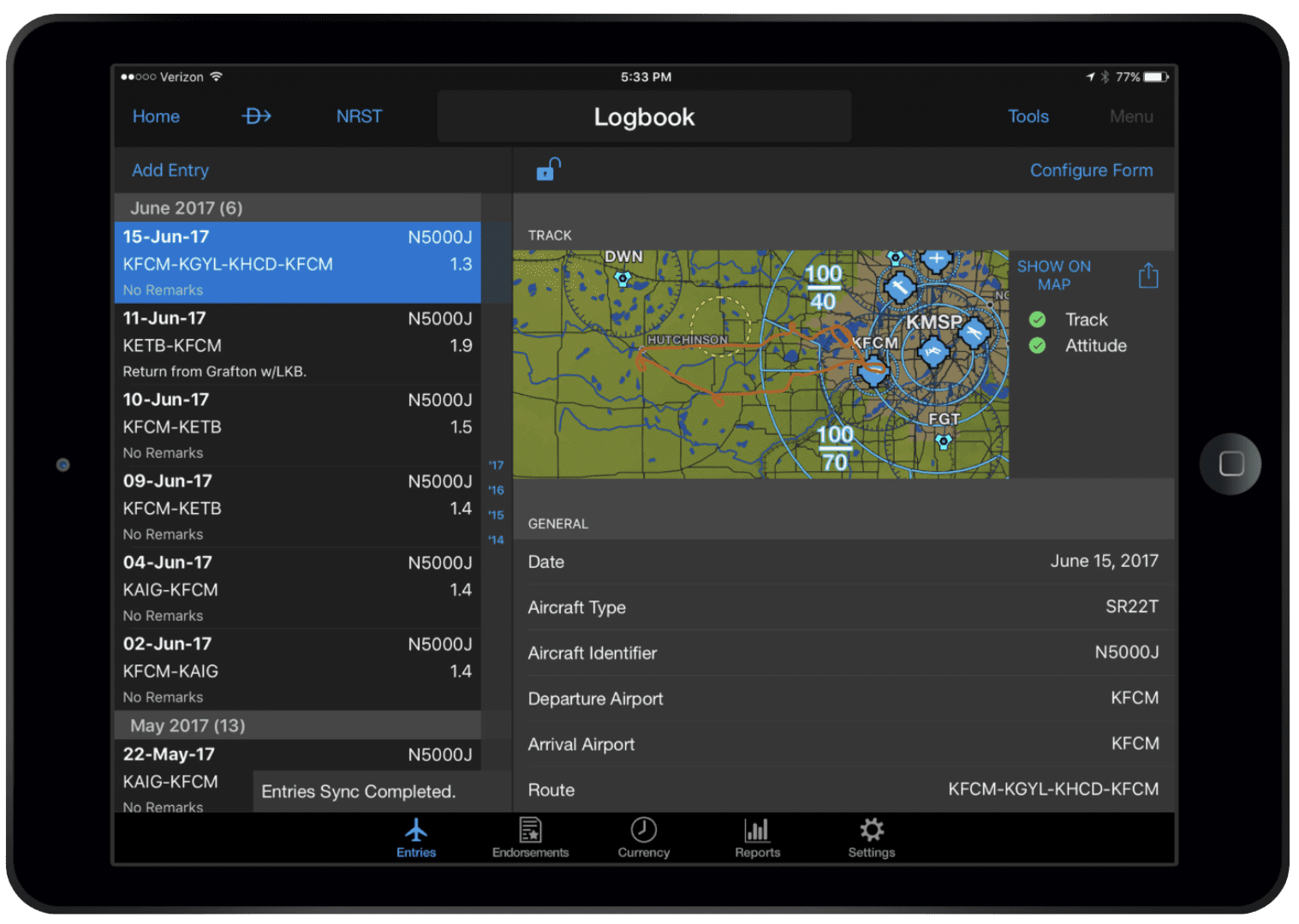 The latest update to the Garmin Pilot app for iOS adds a nice collection of features that all pilots can take advantage of when flying with the popular aviation app. These include new flight tracking features, logbook currency alerts, tracking of endorsements given by CFIs and support for Garmin’s new VIRB 360 and VIRB Ultra action cameras.

Flight tracking has become a useful feature in iPad apps over the past few years, allowing you to review the flight path of recent flights when back on the ground. When flying with Garmin Pilot and a GPS source, the app will automatically create a track of your flight and attach the file to the auto-generated entry in your pilot logbook.

You can then view the track on the map by selecting Show on Map from the logbook entry:

Another way to view a logbook track is by going to the main Maps section and adding the Logbook Tracks widget from the list of Split Screen options: 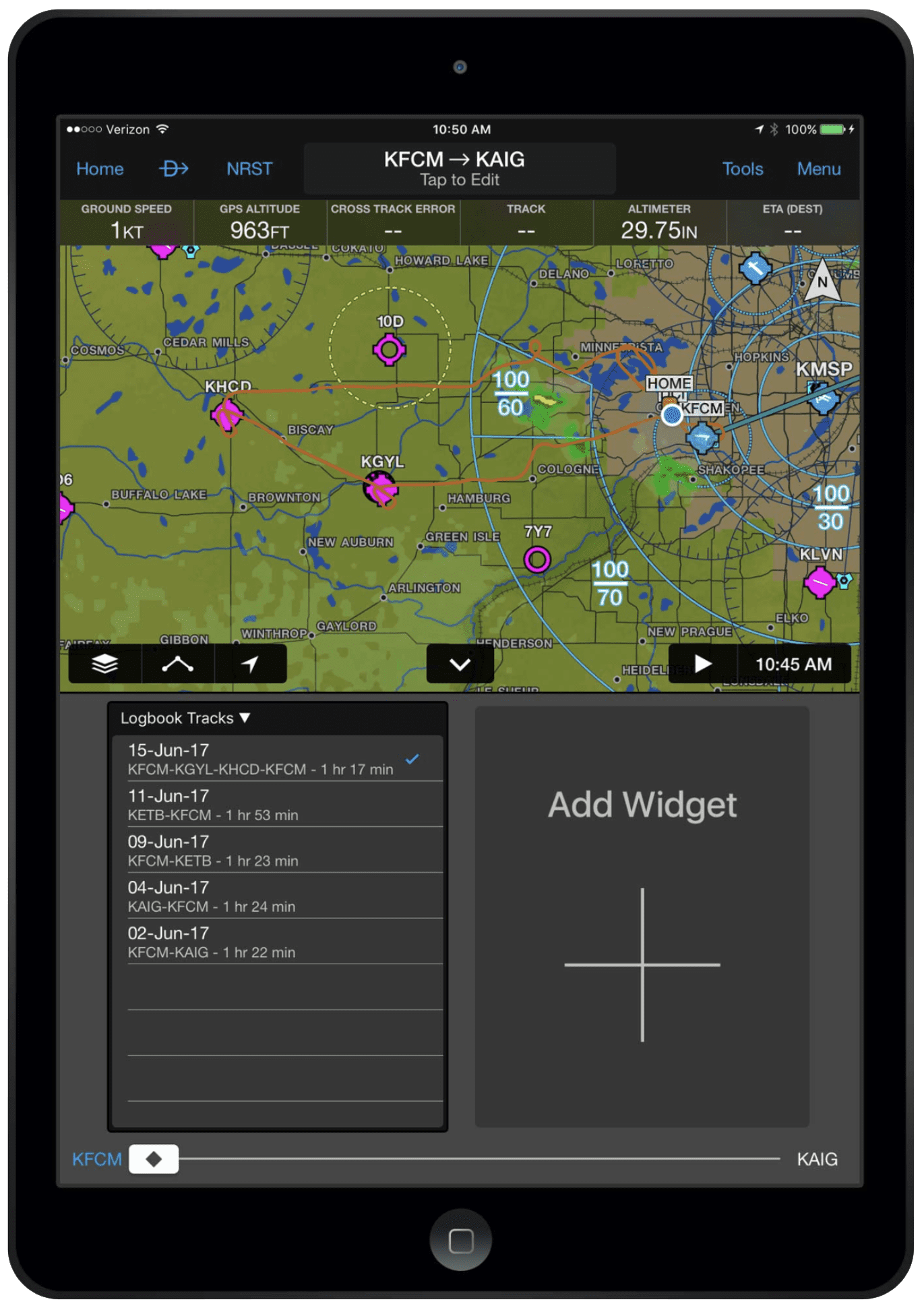 You can share any of your track logs using the standard Apple Share button on the logbook entry screen.

Electronic logbooks continue to get smarter and more useful as app developers find ways to make your flight data more meaningful. The latest enhancement to the Garmin Pilot logbook adds a new alerting feature to remind when you when you’re approaching the end of a specified type of currency, like landings for carrying passengers or instrument currency. 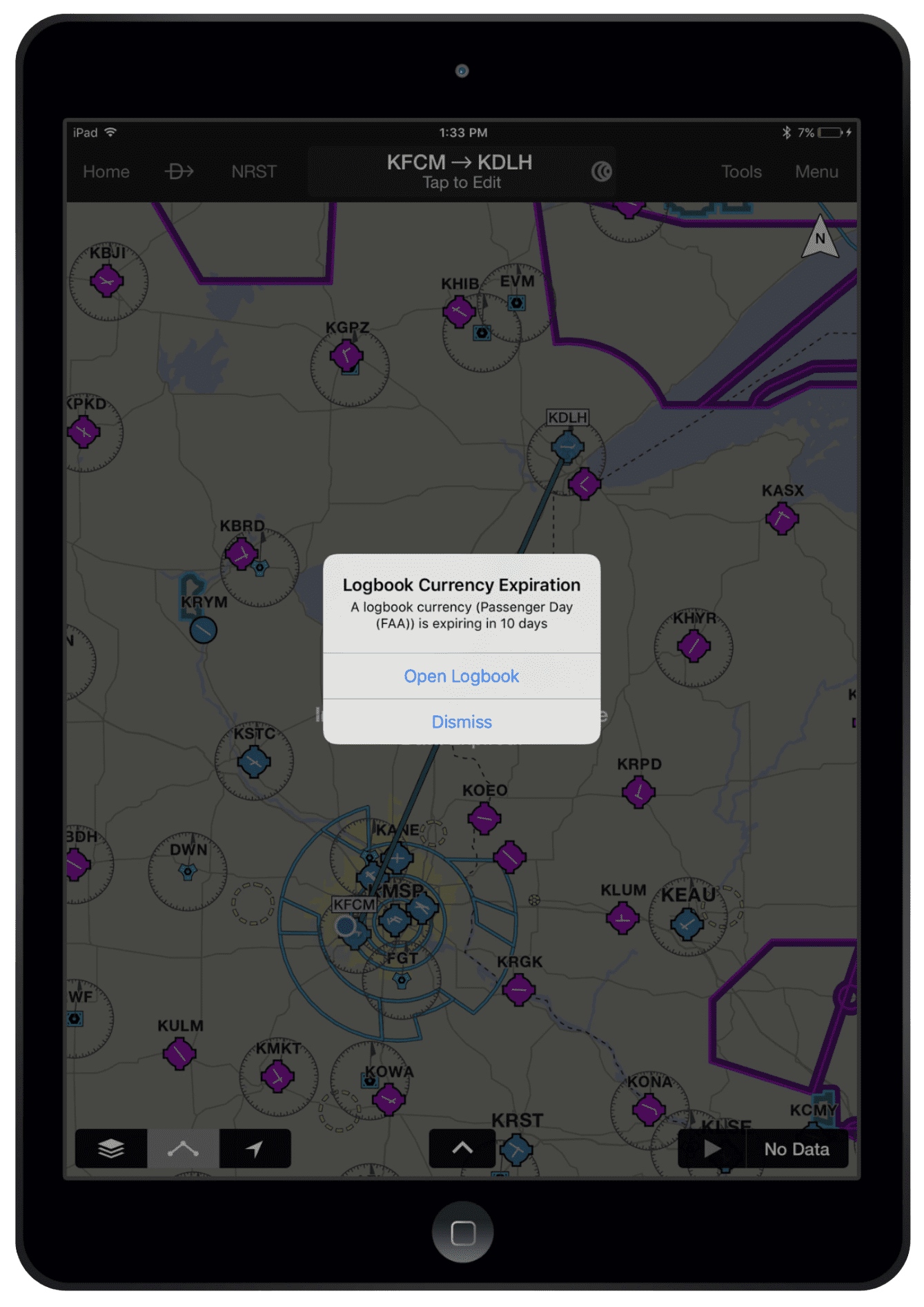 You can specify the number of days out for when to have the app automatically alert you as you approach the end of that particular currency type. Then, when you’re out of a particular currencgy, you’ll see a yellow exclamation symbol on the Logbook button in the main menu to get your attention. 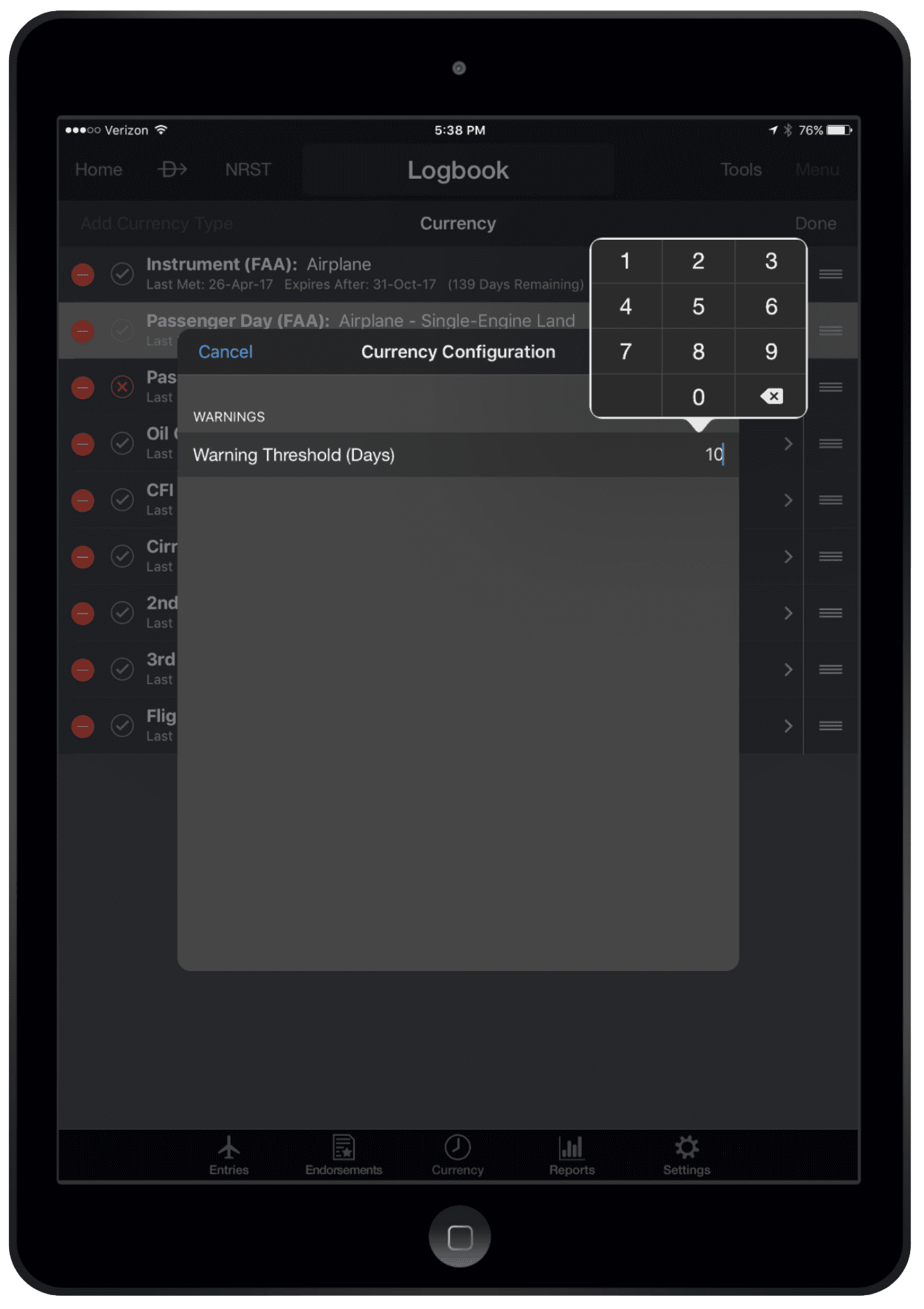 Garmin also improved the logbook to help CFIs keep track of endorsements given to students, which is a regulatory requirement. To use this feature, select Given Endorsement when adding a new endorsement for a student or client. 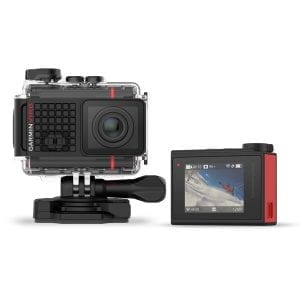 Garmin’s new VIRB Ultra 30 Action Camera is the best yet for pilots, providing the ability to record high-quality 4K video in a new compact enclosure. As with previous-generation Garmin cameras, you can now connect the VIRB Ultra 30 to your iPad and remote control the camera from the Garmin Pilot app.

This allows you to better frame your shot using the viewfinder in the app and start/stop recording. You can access these controls from the Map page in the split screen mode, while simultaneously viewing the moving map navigation features in the app. Similar controls are also provided when flying with the new Garmin VIRB 360 camera.

Garmin Pilot is available as a free download on the app store and includes a 30-day free trial.

Using the SXAR1 to listen to SiriusXM Radio

How to mount your iPhone in the cockpit
Scroll to top