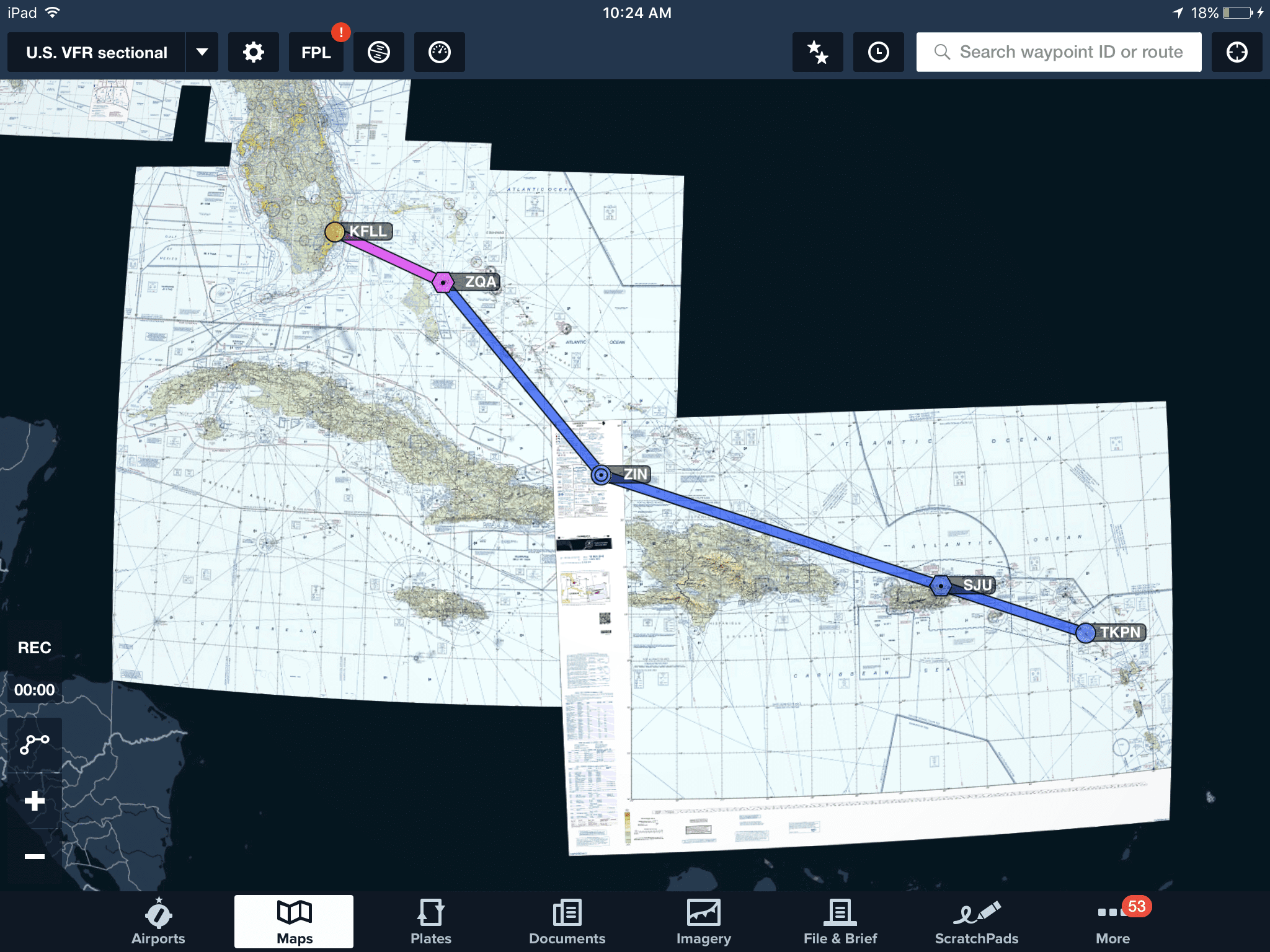 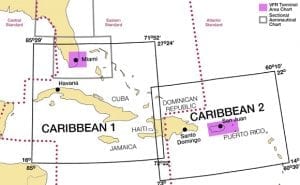 2 new VFR charts from the FAA provide coverage for the Caribbean.

Over the last decade, with the increased use of iPads in the cockpit and flight planning software, World Aeronautical Chart (WAC) usage has declined significantly. As a result, the FAA decided last year to stop producing and printing the WAC charts. Pilots found their 1:1,000,000 scale to be a great planning tool for longer flights and a nice complement to the 1:500,000 Sectional charts before the iPad came along.

While the use of WAC charts has decreased, the total removal of all of these charts would have left aeronautical information coverage gaps, especially for flights in Alaska and the Caribbean. Fortunately the FAA recently released two new Caribbean VFR charts to provide navigation coverage for the area with the same 1:1,000,000 scale.

The charts are officially called Caribbean VFR Aeronautical Chart 1 and 2, and extend southeast from Miami, FL, to cover Cuba, the Bahamas, Dominican Republic, Puerto Rico, the Virgin Islands and end about halfway down the Lesser Antilles island chain. The new charts actually provide more coverage than the previous WAC charts, going all the way down to St. Lucia.

Here’s how to view the new charts in ForeFlight and Garmin Pilot:

ForeFlight – You can view the new charts in the U.S. VFR sectional map layer, and they are available to download by anyone with a ForeFlight subscription that includes the U.S. geographic region. You can download them by enabling the switch for VFR Charts and selecting Florida and Puerto Rico in the United States download settings.

Garmin Pilot – The Caribbean VFR charts are included with the VFR Chart layer, so they’ll automatically display when viewing Sectionals on the map. To download them for offline use, select CONUS Sectionals in the Downloads section of the app, and tap on the blocks for Caribbean 1 and 2 VFR Charts. 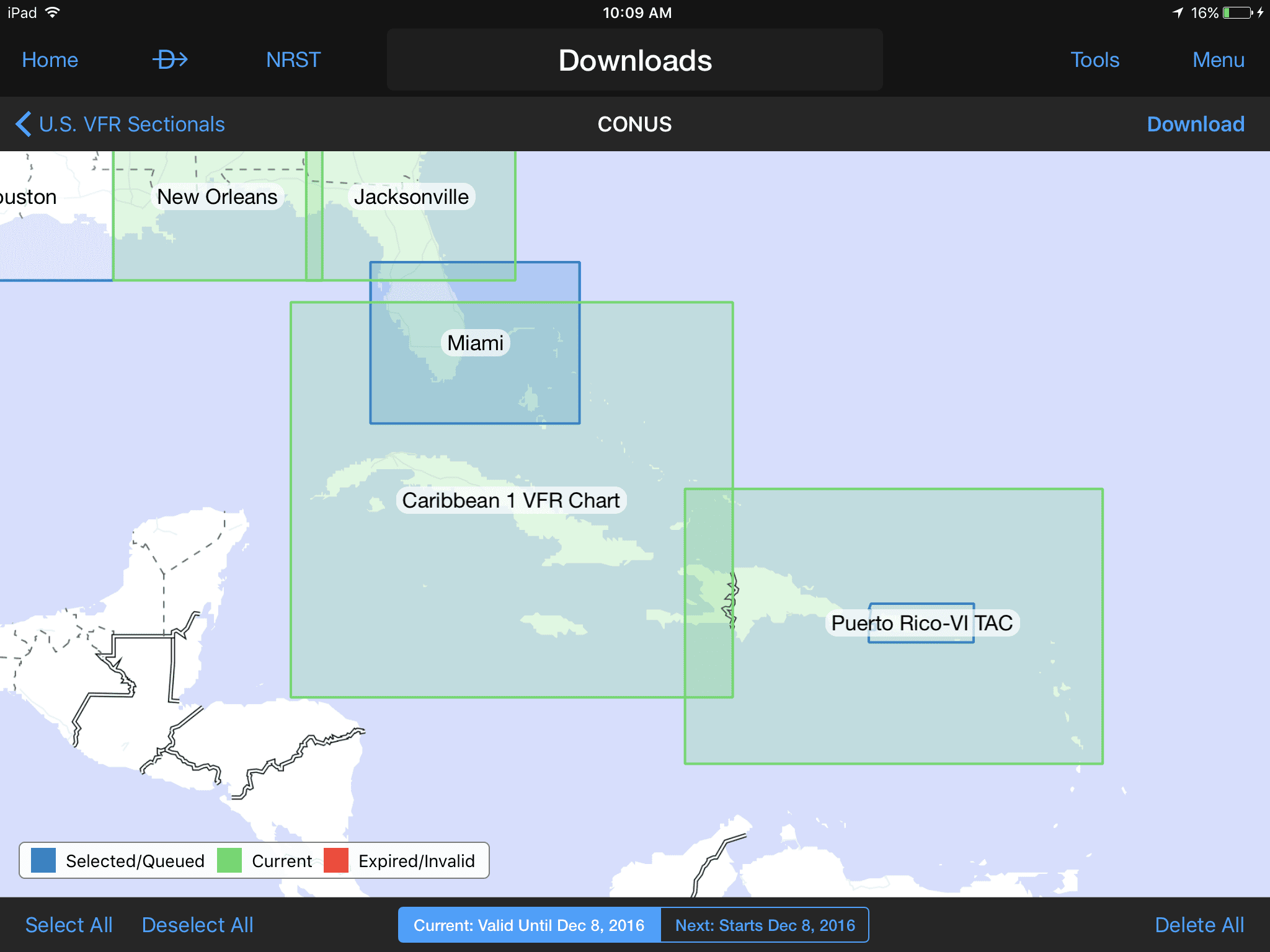 You’re still in good shape too if your aviation EFB app doesn’t offer the new Caribbean charts yet. The 2 WAC charts that cover the region are still valid for awhile: CJ-26 expires on February 1, 2018 and CJ-27 expires on March 29, 2018.

Check out our Pilot’s Guide to iPad Caribbean Flying for more information on how the iPad can make your next flight to the islands a breeze.

Top 12 tips for flying with Stratus