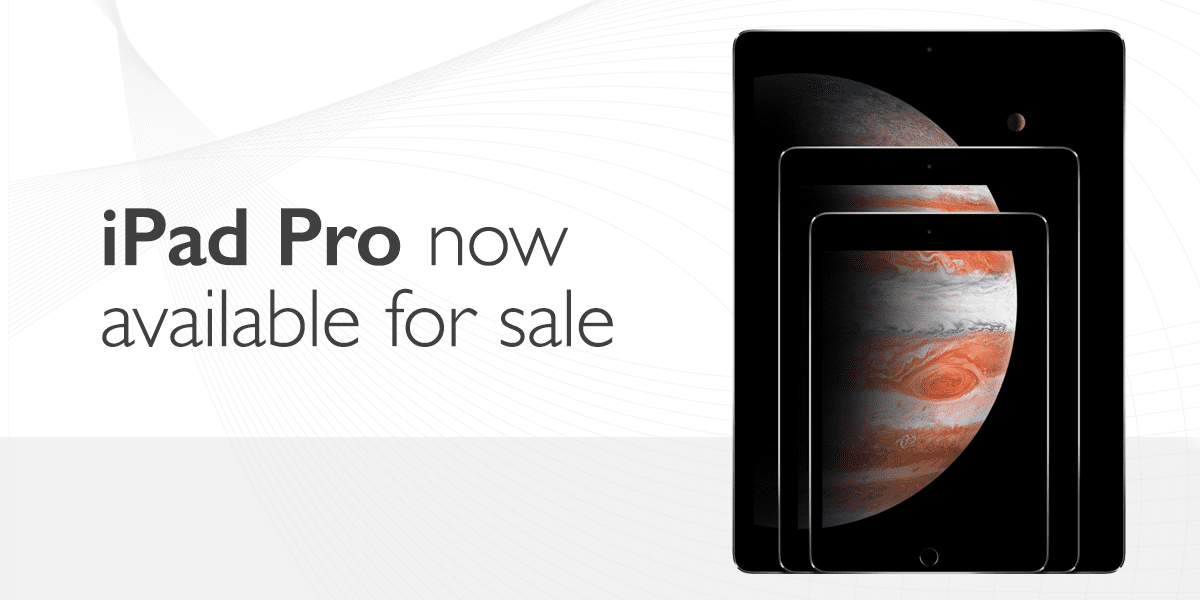 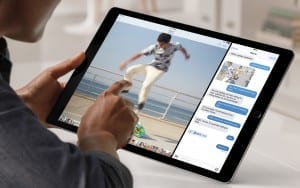 Apple’s new iPad Pro went on sale this morning, available for order from the Apple online store or through its retail app. Orders placed this morning are scheduled to arrive this Friday, November 13. You’ll also be able to buy one in person at Apple’s retail store on Friday as well.

The all new iPad Pro features a large 12.9″ screen and is primarily targeted towards students, creative professionals and those that prefer an iPad for daily use instead of a laptop. The screen has a high-resolution 2,732 x 2,048 pixel display, and the larger allows the on-screen keyboard to be presented at a size comparable to what you’d find on a similar sized 13″ laptop.

The iPad Pro features both a front and rear facing camera, and 4 speakers located on both the top and bottom of the tablet (2 more than the iPad Air). It incorporates a brand new A9X processor that Apple claims to be better performing than 80% of the portable PCs sold in the last year. Battery life is advertised to be the same as existing iPads at 10 hours, but the weight comes in at only 1.57 lbs–just a hair more than the original iPad weighed when it was launched in 2010. It’s also remarkably thin for the large size, coming in at 6.9mm, compared to 6.1mm for the iPad Air 2.

Like the iPad Air 2, it supports the new iOS 9 split-screen feature, making it a great display for running two apps side by side. It also includes a built-in barometer and anti-reflective screen coating, which we’ve found to be a real improvement over the traditional glossy iPad screen. 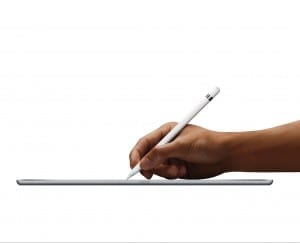 A stylus is available as an accessory to help with note-taking and drawing.

To add additional capability you can add Apple’s smart keyboard accessory (picture a Microsoft Surface cover) for a better typing experience. A stylus is also available as an option, called Pencil, that is sensitive to both tilt and pressure to enable realistic note-taking and drawing on the tablet.

The iPad Pro will be a tight fit in most cockpits, though some may want to make use of the the larger size to run 2 apps simultaneously with the iOS 9 split-screen multitasking feature. We can also see some value in using the iPad Pro as large panel-mount display for experimental airplanes, since it would be able to dedicate plenty of real estate to both flight instruments and a GPS moving map.