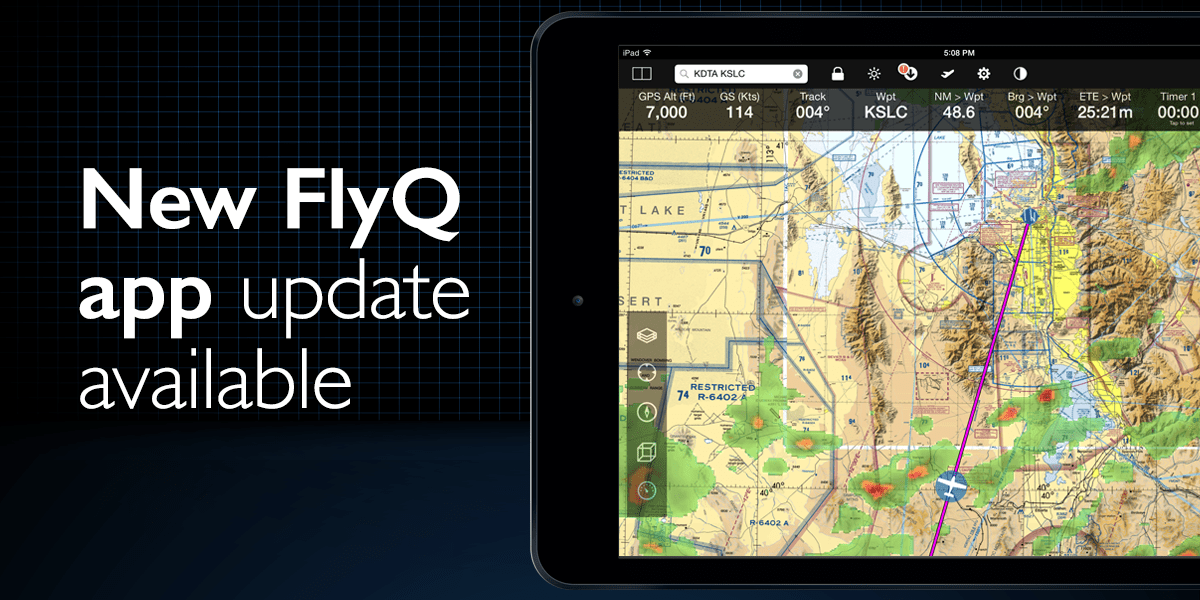 A new version of the Seattle Avionics FlyQ aviation app hit the app store recently and focuses on improving the app’s performance and user interface. FlyQ was initially released as AOPA’s branded EFB app, but is now developed and distributed by Seattle Avionics after AOPA cut ties with the app last year.

FlyQ offers a feature set comparable to many of the the other mainstream aviation EFB apps on the market, including digital charts and moving map navigation, flight planning, preflight and ADS-B weather and synthetic vision. 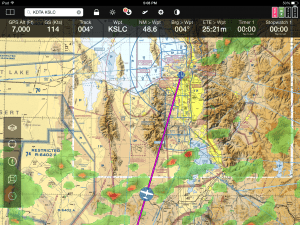 FlyQ can now auto-hide the tab bar and on-screen menus on the Maps view.

The big thing you’ll notice in FlyQ 2.0 is a reorganization of the main Maps screen, which now dedicates more real estate to the primary moving map, instead of all the buttons and menu overlays found in previous versions of the app.

To help achieve this the lower tab bar fades away after 6 seconds to free up space on the bottom of the screen, which is a nice touch (you can change the length of the time delay or have it stay up permanently if you’d like). You can also choose to have the 2D, 3D and Procedure controls temporarily fade off the screen for a larger map view.

The instrument gauges are now displayed at the top of the screen, and the map layers menu is reconfigured as transparent bar on the bottom left side of the screen. A new GPS, Weather and ADS-B status indicator was added to the top right of screen for quick reference.

The app includes several other enhancements too:

FlyQ 2.0 includes a few under-the-hood updates to improve the app startup time and speed of the 2D mapping engine. There is a definitely a speed improvement over previous versions of the app, but in our tests with an iPad Air the charts and weather overlays still take a long time to fully load and display compared to other aviation apps.

FlyQ EFB 2.0 is available for download here in the app store.