Blog - Latest News
You are here: Home1 / Beginner Tips2 / Should I upgrade to iOS 8? 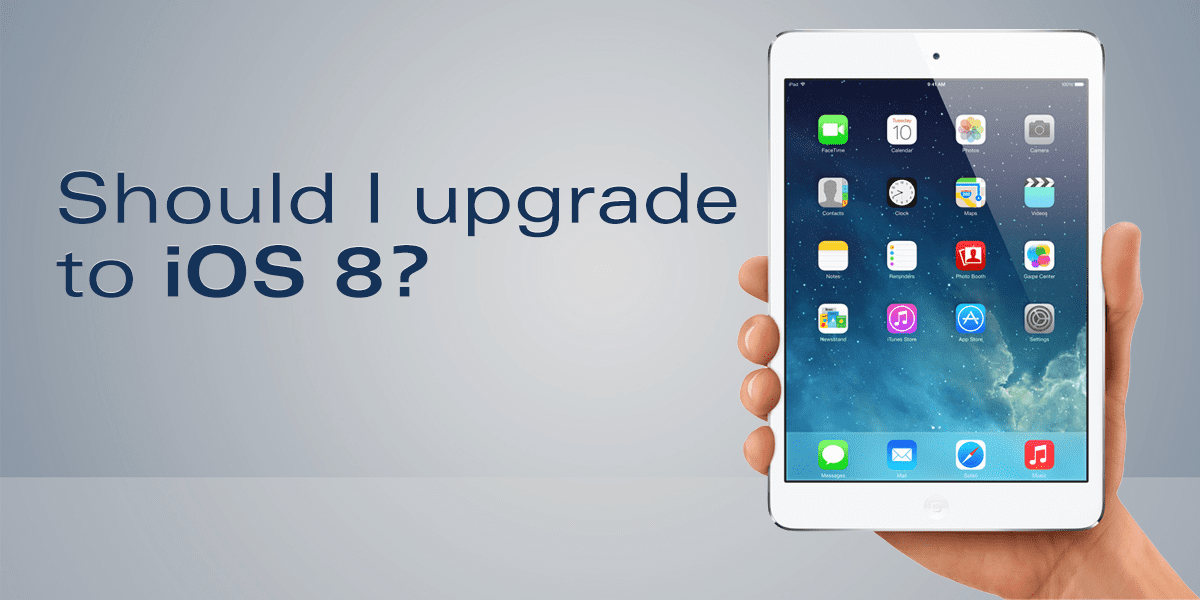 This time every year we post an article advising pilots to be patient when the new iOS arrives for iPhones and iPads, to give some time for the dust to settle and ensure your favorite aviation applications are updated and fully compatible with the new operating system. The public release of iOS 8 is scheduled for next Wednesday, September 17, and we again think it’s wise to hold off from updating right away, especially on an iPad you use for critical in-flight data. That does not mean new iOS releases are bad, so don’t be afraid of them. Just be thoughtful about when you update.

Focusing on iOS 8 for a moment, Apple’s operating system releases typically generate some discussion in the aviation community – everything from ‘the sky is falling’ to ‘it is amazing, do it’. Here is our take.

We want ForeFlight apps to work well with the new operating system on the day it is released. Customers upgrade to new app and iOS versions very quickly due to Apple’s automatic app update system (which most pilots have enabled) and over-the-air iOS update capabilities. To make sure we are as prepared as possible, we have tested early beta builds of iOS 8 on our developer and quality assurance devices since Apple announced it in June.

The days between Apple’s special events and release day – 10 days in this case – are a mad, mad rush. We re-test the app on the final iOS release version, fix any issues uncovered, run updates through our internal quality reviews, then submit an update to Apple. On the day the new iPhones land, we run to the Apple store, stand in line (or camp if necessary), buy new devices, then run back to the office to test in order to fix any additional issues uncovered running on the new devices. Developers get hardware the same time customers do, so it is ‘game on’ when it comes to getting new devices in hand.

Should you update to iOS 8? Ultimately, yes. In the near term, expect light to moderate chop from apps that have not yet optimized for iOS 8 or from unexpected operating system bugs. We recommend waiting for the first Apple iOS 8 update and until the apps you rely upon to fly safely are updated to support iOS 8. All new operating systems have undiscovered bugs that need fixing and may cause unexpected device or app issues. iOS is a very stable platform, however, and Apple has a track record of quickly releasing minor updates to address any major issues that are uncovered.

We will be at our stations on September 17th, ready to make any enhancements needed to make your first flight with iOS 8, ForeFlight Mobile, and any new hardware you purchase a safe and fun one. Fly safe, and drop us a note at [email protected] if you hit any unexpected turbulence. We are here and ready to help!

Stay tuned to iPad Pilot News over the next few weeks for updates on iOS 8 and details on what is new in this major release.